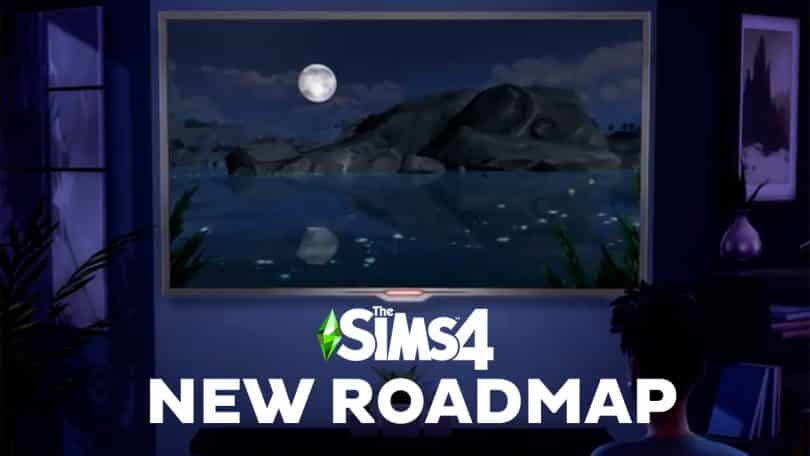 The Sims Team released the second roadmap for 2022!

The second roadmap for The Sims 4’s series of new releases is finally here!

The team released a short video to showcase the three upcoming releases, including:

In the screens shown in the roadmap, there are different scenes corresponding to different types of content that we can expect.

In total, there are 4 different screens shown. In order we have:

The upcoming quarter for The Sims 4 will last from May till the end of June. Why is that the case? We have no clue. Previously, The Sims 4 Roadmaps included a time period of 3 months. This one lasts for less than two.

Any way, the fun teasing from Maxis doesn’t stop there! There’s new information on the official website for The Sims, including a new graphic and new teaser boxes that hint at upcoming releases:

STAY UP WITH THE SIMS

Step into the moonlight and explore who you are after dark!

The fun starts when the sun goes down. Whether you’re dressing up for a big date, making memories in your backyard, or running wild this season will have you staying up late.

There’s also a short video showcasing the new Roadmap for The Sims 4:

What do you think the new Roadmap is all about? Let us know in the comments!