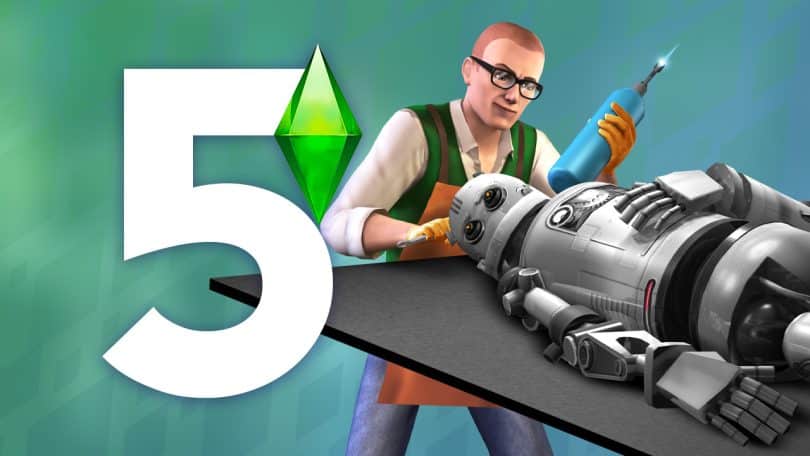 The biggest speculative piece on The Sims 5 I’ve done so far. You’ve been warned!

Before I begin with this post, I’d like to put a gentle reminder and notice out there that nothing is official as of yet. The usual information that we deliver in News Reports like these are usually based on the Maxis Careers website.

Now that we have the disclaimer out of the way – let’s start speculating!

The fact that EA and Maxis are working on a next generation Sims Game (our codename being The Sims 5) is no secret. EA’s CEO Andrew Wilson confirmed it, the Careers listings hinted at it, and Maxis reassured the future and the next generation with their official blog post.

With the official rebrand of the Maxis Studio that’s behind The Sims Franchise and SimCity, there’s also been a confirmation and reassurance that Maxis is growing. Into 4 different development locations, as well as off-site around the world. The blog post also came with a confirmation that Maxis will be working on both The Sims 4 and the next generation Sims Game – simultaneously.

As we look towards our future, continuing to create entertaining and unexpected content for The Sims 4 for years to come while also building the future of The Sims franchise, we want to hear from all kinds of voices.

Since the blog post in April the Maxis Careers website had been constantly up-to-date with new job opportunities.

All of these new job opportunities include similar job descriptions. We focused primarily on the on the Animator role, what the Maxis team is looking for and for what.

As an Animator, your primary role will be to create and iterate on animation content to support both visual targets and prototyping in a pre-production environment. You will be creating and modifying human character animations that express a wide range of emotions and personality. You have skills in both traditional keyframe and motion capture animation workflows. Your secondary role will be to test new animation tools and provide rig feedback. You have knowledge in Maya, Unreal, and motion capture workflows. You will receive direction and feedback directly from Senior Animators and the Animation Director.

Key things to know about the introduction of this job opportunity:

Some other things mentioned in this listing:

The Animator (Contract) role went a bit more into the specifics of what the pre-production environment for this game is looking for:

So, what does this all mean?

The talks about the pre-production stage means that The Sims 5 is still in the second phase of development. Pre-Production means that many different prototypes for the game are being made, concept arts are being converted and realized into a 3D environment and the team is being planned out and put together.

In case you don’t know, there are 4 stages of AAA Video Game development:

Approximate time seperation of how long each stage takes. Note that this visual doesn’t have to be the golden rule, especially in 2022.

I’ve closely followed the behind the scenes of the next generation Sims Game through the Maxis Careers website for years now. It’s rumored that Maxis has started doing Concept Art and creating an initial vision of the game in late 2018. The concept stage of The Sims 5 seems to be done already, years ago.

With many Senior roles already being assigned throughout the last few years, it means that Maxis today has a team of leaders ready to hire new folks to work on the game.

The listing of 4 new Animation roles has revealed that all the upcoming Animators will now receive direction and feedback directly from Senior Animators and the Animation Director.

So, if I’ve already speculated so far ahead, I can also speculate on the fact that The Sims 5 is in its final stages of Pre-Production. If Maxis is hiring 4 animators to create full blown Animations, possibly for their prototypes, it could mean that they want to see how Sims / Characters act in environments that have already been prototyped. Because, you can’t see how Sims are reacting to environments / between each other without prototypes of said environments, their surroundings, and objects and characters.

That sounds so confusing, right? Well yeah, that’s what Video Game development is all about. When The Sims 4 was in its Pre-Production stage, the team already had a vision of Willow Creek believe it or not. They also had an initial vision of the environments, art style and characters.

However, they didn’t have any animations and Sim behaviors. They were just…standing.

Maxis is more comfortable talking about the next generation Sims Game. The careers listings is expanding rapidly. This could all mean that soon™ the game will be ready to enter its full Production stage.

How soon is that? I have no clue. But it’s great to see the game finally getting new waves of people working on it. And that Maxis has taken a new approach of hiring people from all walks of life. After all, their rebrand wouldn’t be for nothing…right?

Keep in mind that, as years go by, so do video game development methods and strategies. This is a speculation post after all!

The next generation Sims Game could be years in advance still. It could be announced next year. We have no idea as, once again, this is all speculation.

However, it’s worth noting that The Sims 4 is still going strong, and promises to deliver years of new content for the game. We at least have something to look forward to while looking forward to the next big thing!