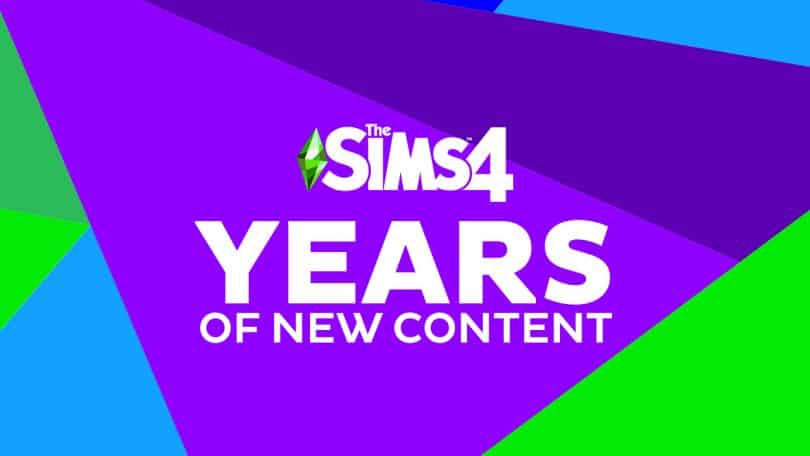 The Sims Team has been active on Twitter with new interesting facts about The Sims 4’s development!

With the announcement of The Sims 4’s Upcoming Kits, as well as the game’s Roadmap ahead, The Sims Team has opened up the conversation on Twitter with interesting facts about the game’s development.

Note that nothing much has been confirmed that we don’t know already, but it’s still fun to have insight on some of the information that the developers shared!

More Years Ahead for The Sims 4

SimGuruFrost, the Global Community Manager for The Sims has first shared the usual assurement that we get, at this point, on a yearly basis. Confirming that yes – The Sims 4 still has many more years ahead with new content planned for the game.

The almost annual assurement that “The Sims 4 has years of new content” stands since 2018, and it seems the Team is still confident in the game’s longevity.

It was confirmed back in August 2021 that The Sims Team will begin reworking the existing Households and NPC Characters throughout The Sims 4’s pre-made catalogue.

In late November we got a first look at some of the Work in Progress concepts for what type of Refresh they’re aiming for. The Concepts they provided are very early WIP:

The reactions from the community regarding the upcoming Refresh were…mixed to say the least.

Although there hasn’t been a firm update on the development of the NPC Refresh, SimGuruFrost shared some information on what’s going on behind the scenes with this update.

It’s a good thing that some of the community members were involved with feedback on the NPC Overhaul. Although we don’t have a firm date, SimGuruFrost reassured that it’s actively in development:

Mostly regarding the new objects and their functionality.

The Audio and Simlish for one of The Sims 4’s upcoming Packs seems to be finished according to SimGuruGeorge!

The upcoming Game Pack for The Sims 4 releasing this Season could be related to this tweet. Although if it’s already ready to be announced and the alpha development was wrapped up, we could be looking at a tweet related to a potential other Pack coming for The Sims 4.

This is all pure speculation also from my end.

Are you looking forward to a new set of years ahead of The Sims 4 content? Let us know in the comments below!