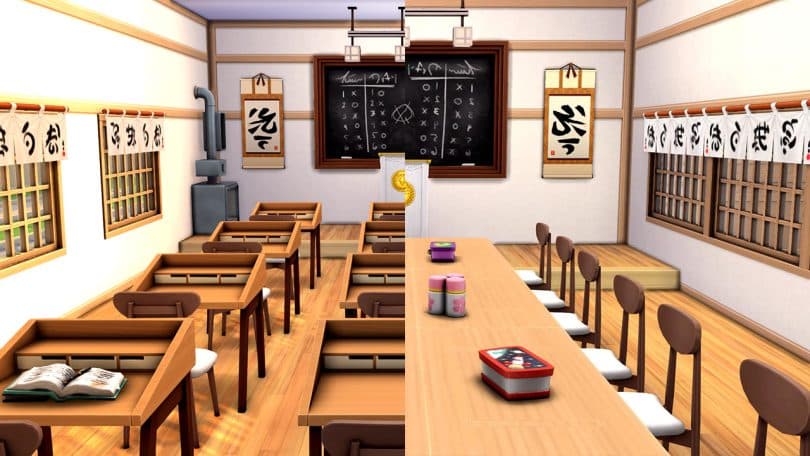 And yes, it will be functional when High School Years releases!

When The Sims announced their upcoming expansion pack, The Sims 4 High School Years, there was lots of excitement but also a lot of criticism. A lot of players rightfully pointed out that the expansion caters exclusively to the American high school experience. There is nothing that represents anything non-American anywhere in the pack.

This wouldn’t be so bad if we had the freedom to build multiple high schools in multiple worlds. We could use content from other packs to build a Pacific Island school in Sulani and a Japanese school in Mt. Komorebi, for example. Unfortunately, this isn’t the case. We’re going to be limited to just one high school lot in Copperdale. If we want a high school for a different culture, we have to bulldoze the Copperdale high school and rebuild on that lot.

Don’t get me wrong! I’m still so excited for this pack but players do have a valid point when they bring up this topic. I’m playing with multiple teen Sims; some in Mt. Komorebi and some in the more North American worlds and I’m disappointed that I have to pick one or the other. I decided to do my best to bring some variety and culture to the new expansion by building a Japanese high school that would be as accurate as possible while still being functional within the limitations of the High School Years pack.

I have never been to Japan myself so I had to do quite a bit of research for this build but it was a lot of fun to learn new things and apply that knowledge to the game in a creative way. I got to work building on a 64×64 lot so it will be able to be placed on the school lot in Copperdale. I made the school a single-story rectangular building that is very symmetrical with a light, airy, and soothing feel to it. I made sure to remember a large clock and a school bell on the front of the building. The exterior is enclosed inside a concrete courtyard with a tall fence around it.

Inside, I wanted to keep a soothing, minimalistic flow so the interior layout is also symmetrical with a lot of clean lines and neutral tones. The hallways have small compartments for students to remove their shoes and replace them with either indoor sneakers or slippers. These shoe compartments are the closest thing to lockers that you’re likely to find in a high school in Japan. If High School Years requires lockers for the school to function, I will probably just put the bare minimum required somewhere near the shoe compartments.

There are two classrooms to comply with the requirement to have two whiteboards. Of course, the classes don’t have the whiteboards yet but they will when the pack comes out. I hope the whiteboards will have a chalkboard-like swatch to suit the Japanese school aesthetic better. The classrooms have a raised platform with a podium where the teacher conducts the lesson and a heater in the class. In fact, every room has a heater in the school because most Japanese schools do not have central heat or air conditioning. The back of the classroom has cubbies for books and bags as well as a cleaning supply closet so the students can clean the classroom after class.

The cafeteria was a tricky thing for me to get around. The high school in Copperdale requires a cafeteria but Japanese schools typically don’t have cafeterias. The students eat at their desks in their homeroom. To get around this, I made a third “classroom” where I tucked the cafeteria kiosk object into what would normally be the class cleaning supply closet. The rest of the classroom looks exactly like the other two classrooms in the school, except the desks are pushed together in the centre with some lunch boxes on the tables. That way, your students can still be social during lunch but they look like they’re eating in a classroom.

Of course, there is an office and washrooms with shower stalls in them. The toilets have bidets and are in small separate rooms from where the sinks are. Why are there shower stalls in the school, you ask? Well, about 60%-70% of Japanese high schools have a pool. Swimming is a popular pastime and is often part of the physical education curriculum, so this high school also has a pool.

The school also has an arts room with musical instruments, an easel, and woodworking table. There is a small library/study area, too, with computers, bookshelves, and chess tables.

I probably didn’t get everything 100% perfect but I did my best to build a Japanese high school that feels authentic and I really love the end result. If you’d like to use this high school in your own game, it’s called Wakaba High School and my ID in the Gallery is SnarkyWitch. It has no modded content but does use quite a bit of pack content.

You can also just click the download button below to save it to your library from your web browser. If you like this build, I’d love it if you clicked the heart button and left a nice comment as well.