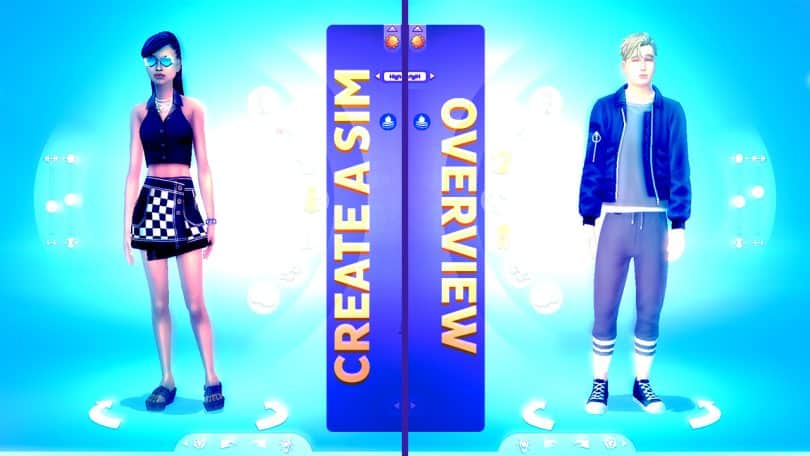 Check out a massive new catalogue of Create A Sim items!

The Sims 4 High School Years has a massive CAS catalogue almost exclusively catering to teens. Adults can technically wear anything in the catalogue also, but nearly every item is more suited to teenage styles and aesthetics. Unlike past DLC packs where the entire catalogue was informed by one or two themes, the High School Years catalogue covers a wide array of different fashion styles; preppy, kawaii, dark academia, e-girl, rocker, and streetwear are just some of these varying fashion styles.

The Sims collaborated with Depop; an online fashion marketplace that supports sustainable fashion and individual creators. Some of the CAS pieces were designed by Depop designers. Players can hover over any item with a plumbob icon in the thumbnail to see which Depop designer made that piece.

Overall, we were impressed with much of the catalogue, especially the large number of styled looks that come with the pack; however, we did notice that quite a few pieces only have one swatch available on them, which is a bit disappointing. We would have liked to see everything available in at least a small handful of swatches. Still, many of the designs do feature a variety of fun colours and patterns.

Since this expansion is exclusively focused on teenagers, there is no new clothing for toddlers or children; however, they do get a small selection of the same hairstyles teens/adults have.

The vast majority of the catalogue is either unisex or there are only small differences between the masculine and feminine pieces so instead of separating our guide into masculine, feminine, and unisex sections, we will just be going by age group. Players can add/remove gender tags in CAS to put any clothing item they want on either physical frame so there’s little point in separating by gender. There are only a small number of exceptions where some tops are locked to the masculine frame; namely, tops that would expose the entire breast on a feminine frame.

There are a few CAS pieces that are locked in the catalogue until you unlock them through gameplay. We’ll include those in the last section and detail how to unlock them.

The following pieces in the CAS catalogue are locked. Some are unlocked by purchasing them at the thrift shop in Copperdale. Others are unlocked through various high school experiences and achievements.

For the cheaters out there, the cheat code to unlock all the High School Years CAS parts is CAS.UnlockByTag EP12