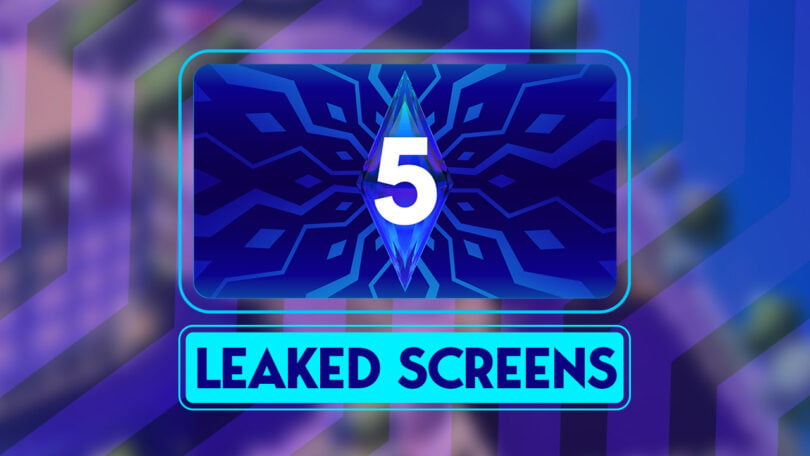 The first Screens for Sims 5 have leaked after the latest EA Playtest. Spoilers included!

It was bound to happen one way or another.

We reported on the news of Project Rene / The Sims 5 being offered to a close group of EA Playtesters. This event took place at the end of October where select players were able to invite friends and play with the game’s Workshop.

Throughout the playtesting event it was mentioned that players will be able to get their hands on only a select portion of features. Including the game’s Work-In-Progress Workshop and tools for Apartment customization.

Things took a turn for the worse after the report that Sims 5 has been cracked. Possibly by players who didn’t read the fine print.

After the hacking report there was no room for surprises anymore. It was inevitable that one day screenshots of The Sims 5 from unknown players would come to surface.

The screenshots that you are about to see of Project Rene / The Sims 5 are similar to previews shared during Behind The Sims Summit. Moreover, there are portions showcasing new elements and surroundings that Maxis is currently developing.

Before we break down the new screenshots it’s worth noting that everything you see is subject to change. Meaning that all the Gameplay, User Interface, Features and more are only work in progress. They don’t reflect the final version and release of what Project Rene / The Sims 5. Which is still years away.

Unconfirmed additional info from the Playtest

This play test mostly was focusing on the new building and furniture features. It had 4 preset studio apartments for you to mess around in or an empty one for you to build in. There were no sims in this at all.

Stay tuned for all the latest news and updates on the development of Project Rene / The Sims 5.

What do you think about the screens? Join the conversation!