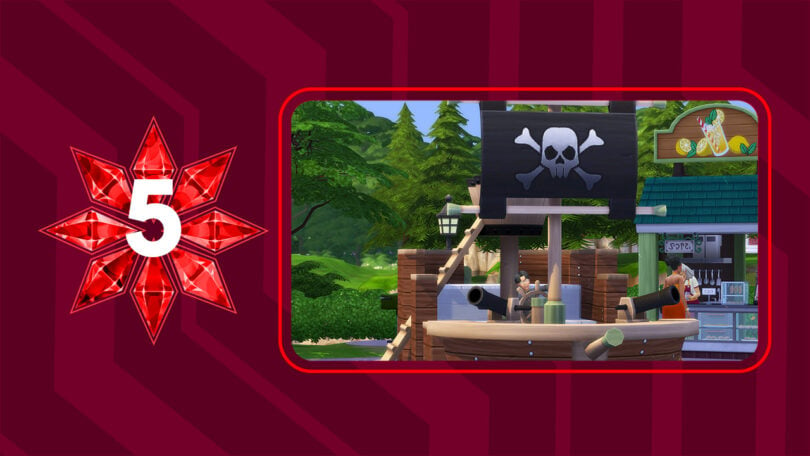 Trustworthy source reports that Project Rene, also known as The Sims 5, has been hacked.

Editor’s Note: Please don’t search for or spread any possible links or files related to The Sims 5 / Project Rene. If you stumble across a potential leak, please report it as instructed by EA Help.

The worst thing that can happen to a video game, especially so early in development, is currently happening for Project Rene. Also known in the community as The Sims 5.

Last week we wrote about the insider playtest for Project Rene that happened last week. The playtest was offered to dedicated EA Playtesting members to test out the game’s Workshop. Along with up to 3 friends that they can invite. The playtest started on October 25th.

Unfortunately, The Sims 5 has been hacked because of this.

The ability to invite other friends to the Playtest is most likely what made the game leak in the end.

Tom Henderson, a very reliable source in the gaming journalism industry wrote a new report on Insider Gaming about The Sims 5. Specifically, how the game got exploited from the Playtest.

The game has already made rounds outside of the playtesting groups. People who are not invited to the first playtest are now playing the game. With additional claims that they were able to hack the game and have other players connect to it. Without even having to contact the EA Servers first. Or be a member of the EA Playtest group in general.

Making it the first Sims game in the franchise history to leak so early in development.

How Project Rene got pirated and cracked

Sources, who wish to remain anonymous due to the possible repercussions of their name going public have shown Insider Gaming that they’ve already managed to crack and pirate the current version of The Sims 5.

The hackers have been able to generate access tokens using a playtester devuno token (which allows them to access the game). These generated tokens will allow anyone access to the game without needing any form of online access or approval from EA. In addition to the replication of the access tokens, the hackers have also shown gameplay of them playing on Peer 2 Peer servers without ever needing to contact EA servers.

It’s understood that cracking the game was fairly easy as the game is currently unencrypted and runs on Unreal Engine. This has apparently made it “real easy” to bypass the titles [lack of] security.

When asked if the hackers will make these generated codes and access the game public, Insider Gaming wasn’t given an answer before the publication of this report.

Apart from the potential disaster though, it seems like The Sims 5 is already going down well with fans. “Everyone loves it in the playtest discord”, said one source.

The initial Playtest for The Sims 5 is the main culprit and reason why the game got hacked. Playtesters were able to invite folks who are not a part of the EA Playtest group. Which lead to the game getting in the hands of hackers who cracked the game files.

Considering that the initial playtest of The Sims 5 was secret, it’s unknown if EA will ever make a statement about the game’s unfortunate hacking.

Project Rene / The Sims 5 is still very early in development. We wrote back in January 2021 that The Sims 5 will be prototyped and developed in Unreal Engine 5. But it’s unclear if the final state of the game will rely on this engine or not.

Stay tuned on Sims Community for the latest news and developments on The Sims 5.

What are your thoughts on this?