Hey everyone, Zerbu here, with a brand new mod for The Sims 4. This is not a regular mod, but a Mod Pack. A Mod Pack is a concept I recently came up with, which is a very large mod containing multiple additions which work together, rather than a single addition that only works on its own.

Cradle-to-Grave adds two new Social Event types: Child Hangout and Teen Party, and also unlocks the “Throw a Social Event” interaction for Child Sims. These new events have the same goes as a House Party, except the Child Hangout doesn’t have goals that are inappropriate for Child Sims. The best part of these new events is the rewards: throwing a gold level Child Hangout will earn the host(s) the Social Prodigy trait, and throwing a gold level Teen Party will earn the host(s) the Young Star trait. Both of these traits allow Sims to gain relationships faster, and will expire after the Sim ages up twice (ie Social Prodigy expires at Young Adult, Young Star expires at Adult).

There is a twist, however: earning only silver will result in a trait that will negatively impact gameplay. Throwing a silver level Child Hangout will earn the host(s) the Party Bug trait. This trait will cause Sims to gain a negative Bored Moodlet if they don’t throw enough silver or gold level age-based parties, and works similar to how needs decay. The trait expires when the Sim becomes a Young Adult. There are plans to extend it to Adult in the future (and add an event exclusive to Young Adults), but this isn’t promised. Throwing a silver level Teen Party will earn the host(s) the Social Animal trait, which not only causes a Sim’s Social need to decay quickly, but will cause them to have the same negative Moodlets from low Social as Sims with the Outgoing trait.

Inspiration and Behind the Scenes

Unless you’re new to the franchise, you probably remember all the discussion and speculation that went on before The Sims 4 was released. In my list of most wanted features for The Sims 4, at the very top was for Sims to develop personally and emotionally through time. It would mean that the choices you made in the game would have a much larger impact on a Sim’s future, and would also help set a history of events that occurred. Sadly, all we got were aspiration rewards, which was a great feature, but not exactly the feature I was most wanting.

The fact that Cradle-to-Grave allows Sims to develop through the event reward traits is a key feature, and that is only the start. The ability to earn traits through game choices will be a huge cornerstone in most, if not all, of my future Mod Packs. The next Mod Pack that I have planned will completely transform the effects of emotions on the younger stages of a Sim’s life.

I’m happy to be bringing this feature to The Sims 4, and I hope others will like it was much as I do. 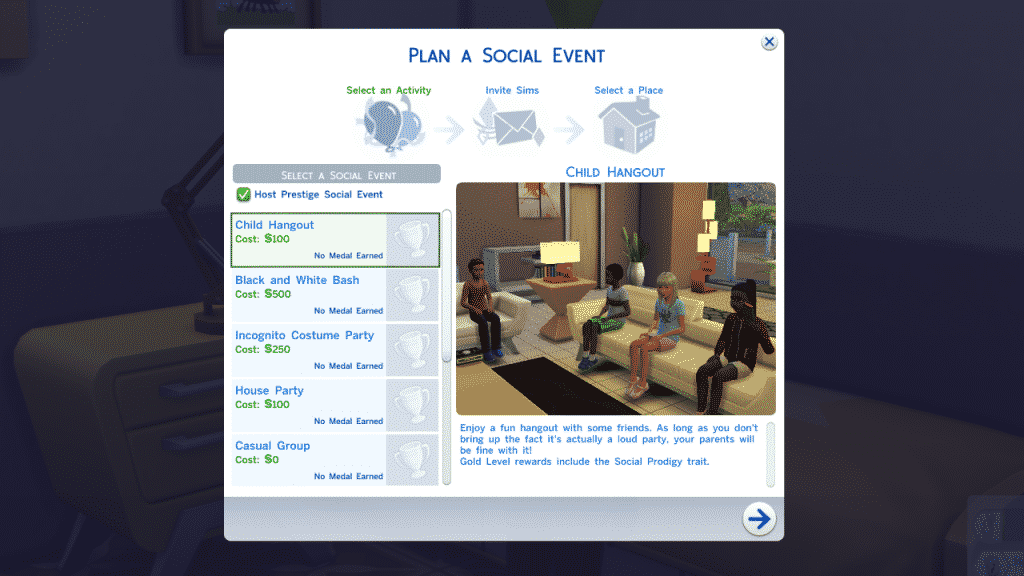 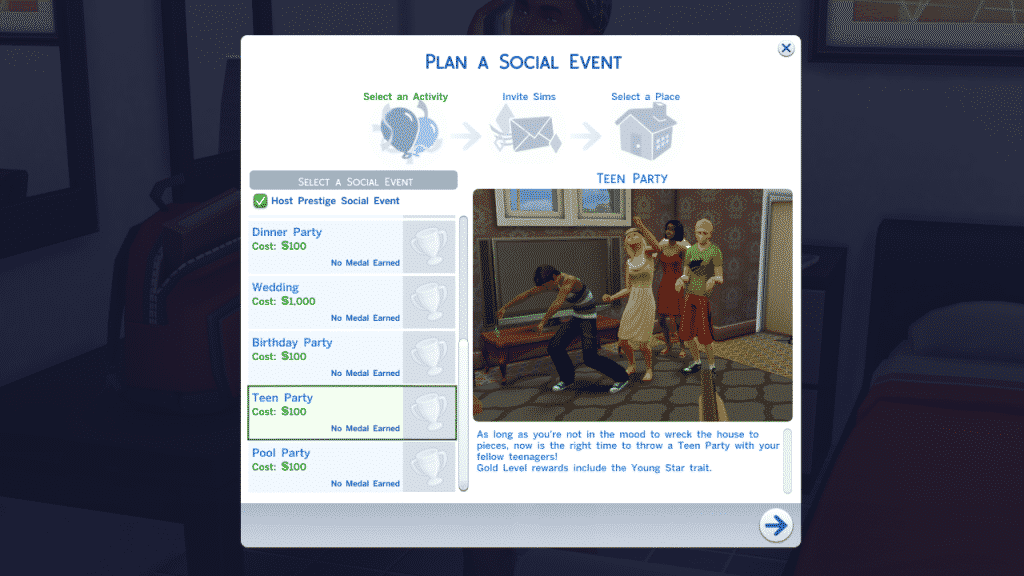 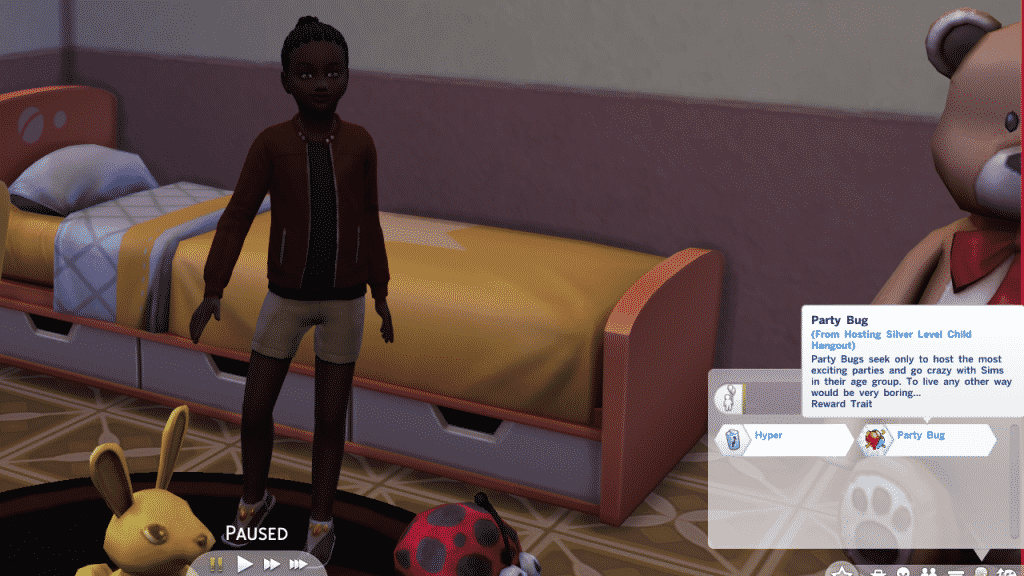 The “Party Bug” trait displayed in the UI. 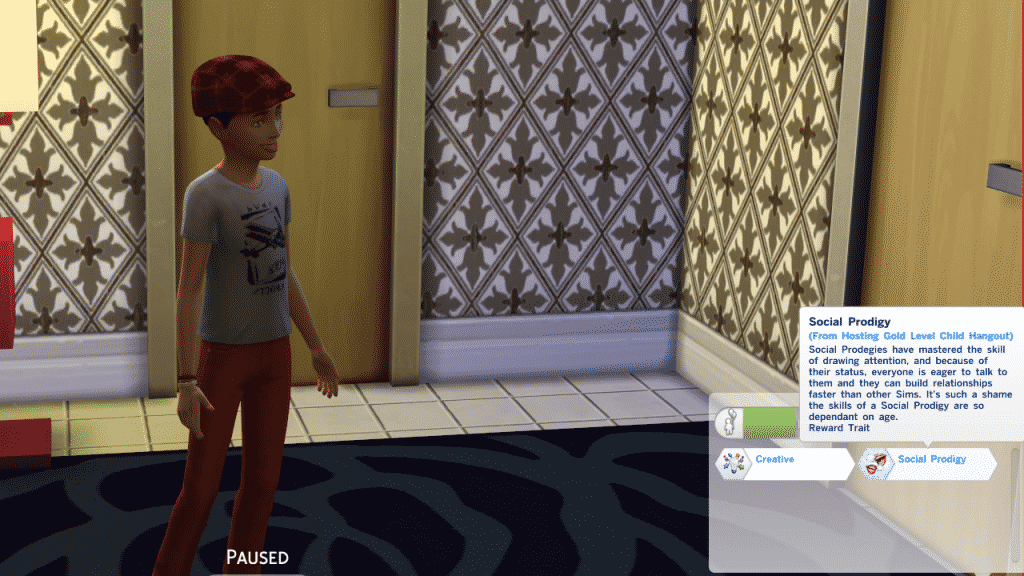 The “Social Prodigy” trait displayed in the UI. 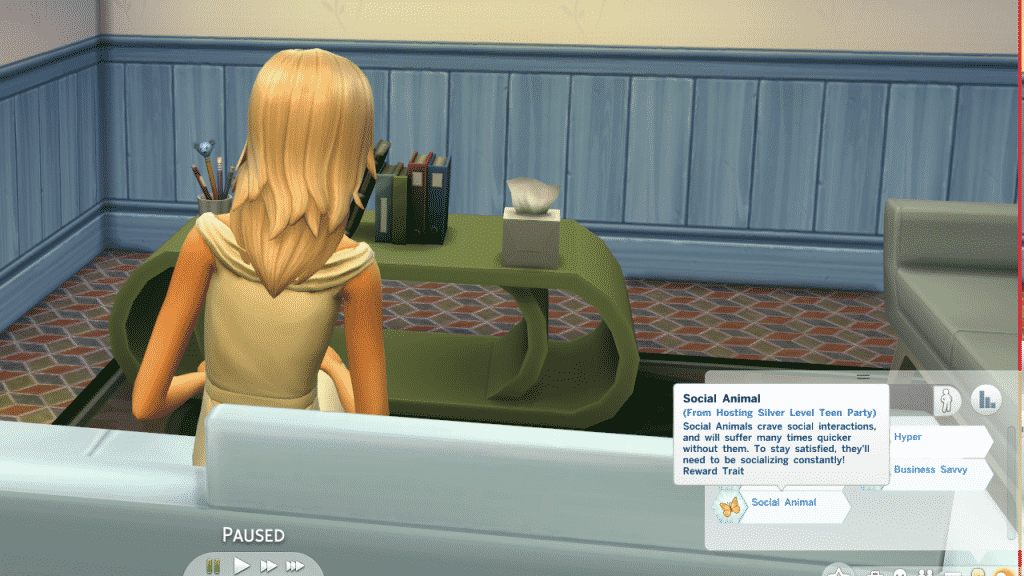 The “Social Animal” trait displayed in the UI. 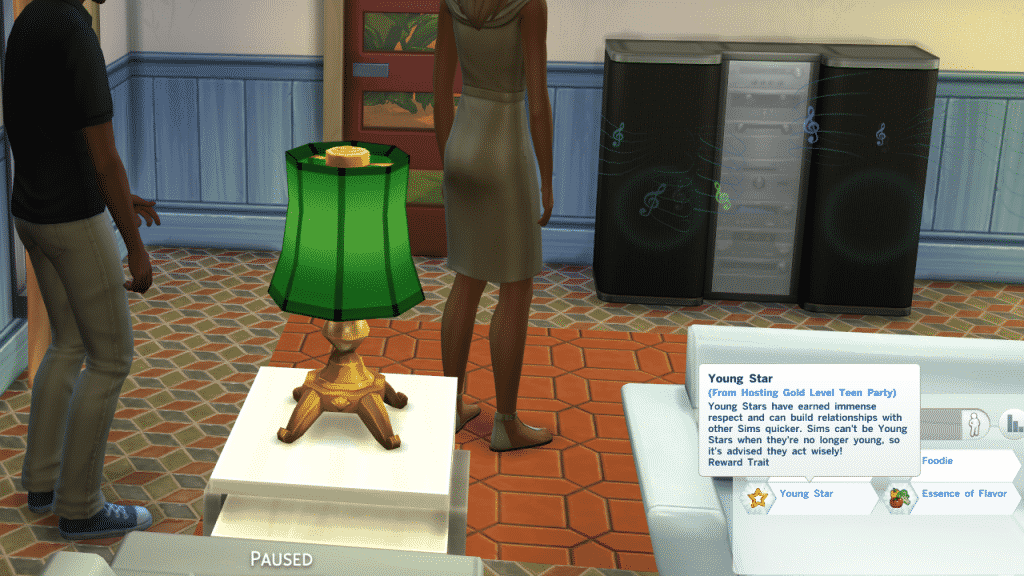 The “Young Star” trait shown in the UI. 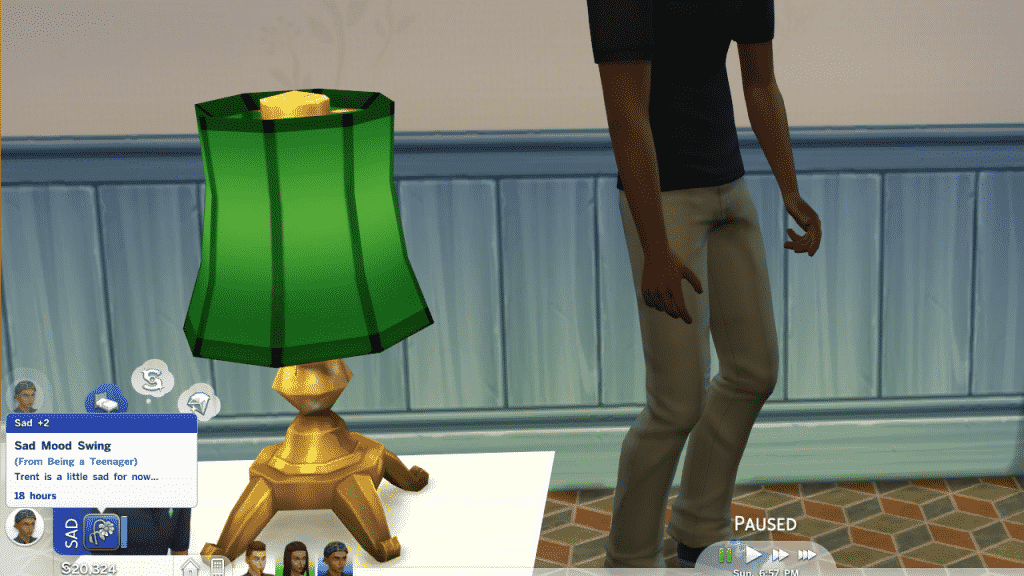 A Teen Sim with a Sad Mood Swing.