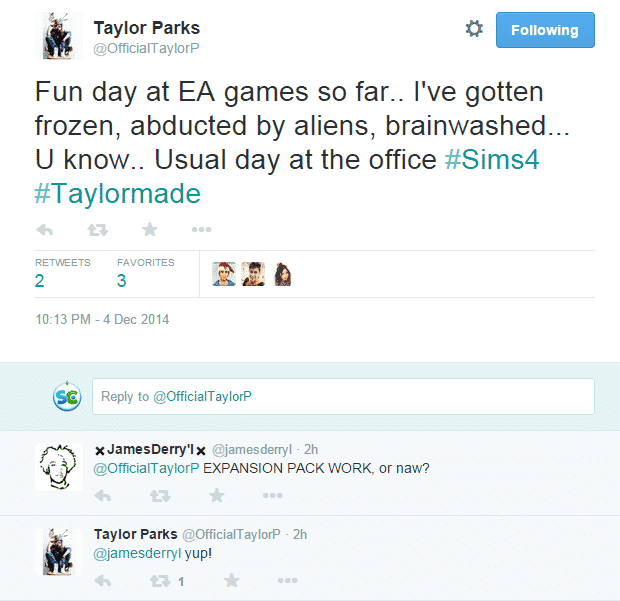 Update: if we look back to the latest Survey that released in October 2014, you’ll see that there was an Expansion Pack idea that’s titled exactly as our finding down below: Active Careers!

While digging through various Game Files and Codes, our modder Zerbu has found an intriguing code line which was added with the December 2014 Update and it may just give us a first glimpse of Active Careers in The Sims 4!

Please note that since we don’t have any Career-related lots in The Sims 4 right now, this can only hint towards possible future content for the game.

This Code line was found in Simulation/venue_tuning Python script.