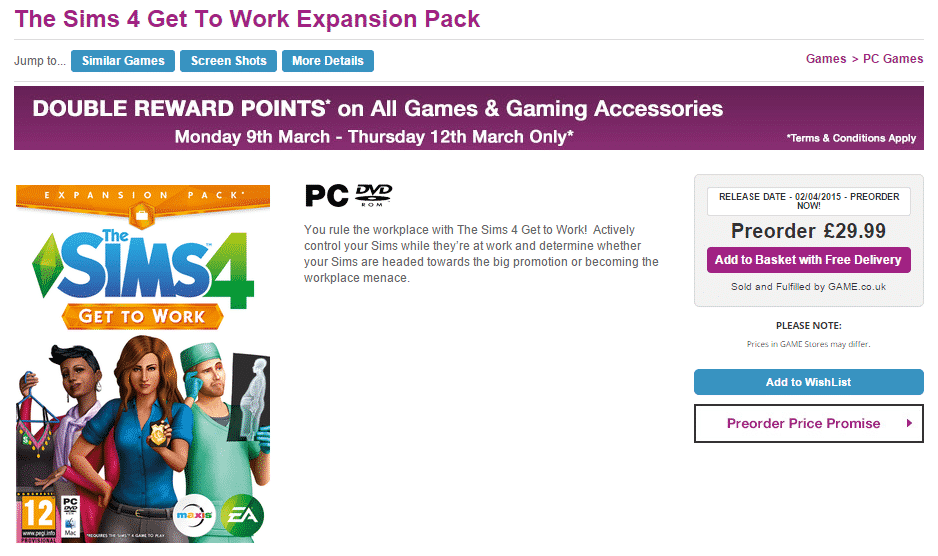 Although we don’t have a confirmation from EA is this release date right or wrong, we have 2 facts proving that this Release Date sounds reasonable:

1) The Sims Facebook page ”accidentally” posted a video showing a release date for Get To Work – March 31 (US). As all Sims Games release 2-3 days in Europe after the US release, April 2nd sounds more than reasonable.

2) The Sims Facebook page wrote a comment saying that the Basements Patch will be releasing near the end of March. As all The Sims 4 Updates (to this date) were released on a Tuesday, and March 31 is on Tuesday, both Basements and Get To Work could be releasing on that day.