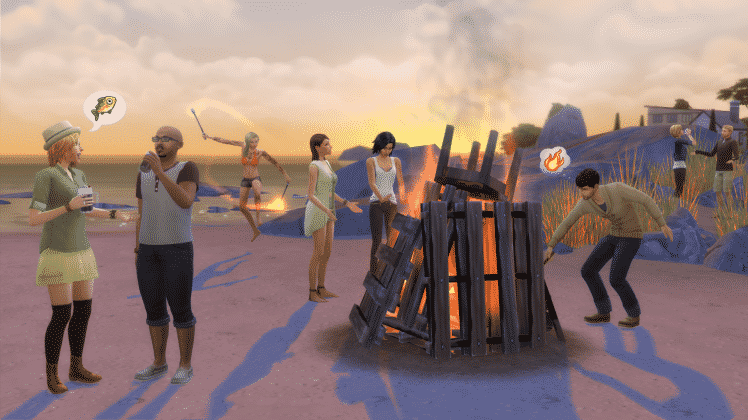 Metro: So what are your medium and short term priorities for The Sims 4 at the moment? I was trying to check last night, and you still don’t have toddlers?

Metro: Is that something that’s going to come later, in maybe the next expansion? Since that is one of the main things fans are still asking for.

Rachel: You know, our fans ask for a lot of things! [laughs] And here’s the thing, we look at a lot of different factors. We look absolutely at things that are being said in public forums. We also have groups of fans coming in, but we also have telemetry to tell us what people are actually playing with and using.

Metro: It almost reminds me of a Kickstarter project, where you have all these ideas and demands coming in and you have to push back against some of them.

Rachel: I think it gets factored in. I would say it’s less of a push back and more of a,’How are we taking that into account and weighing it against all the other influences?’

Metro: So you’re satisfied that not having toddlers was the right choice?

Rachel: That’s the decision that we made based on all of the information that we had at the time. So absolutely, I feel like it’s the best decision for the game to date. I’m not talking about future stuff. But I do think it’s important to know, that players play in very different ways. We see all kinds of different play styles and family players are very passionate, so are players that play other ways.

And I want to make sure that all of those voices are considered when people are thinking about whether or not we’ve included the right things. Because we do, we take it very seriously about whether or not we’re approaching all of those different play styles. We take it just as seriously as the players do that are asking for the things that they want.