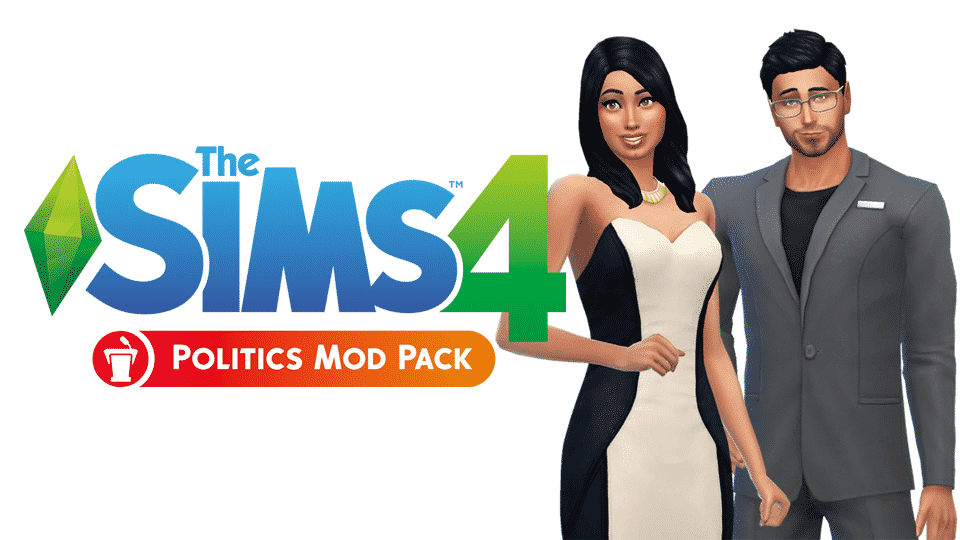 Are you ready for more content for your Sims to enjoy? Introducing The Sims 4 Politics Mod Pack! Politics brings three new skills to the game – Protest Leadership, Debating and Influence – as well as a brand new Political career. Oh yeah, and if you have Get to Work installed, it will be active!

The mod adds a new object, a clone of the The Sims 3 Podium Conversion by Cinderellimouse (used with permission), which contains custom interactions used for protests as well as various interactions related to the career. You can also use it to practice skills. 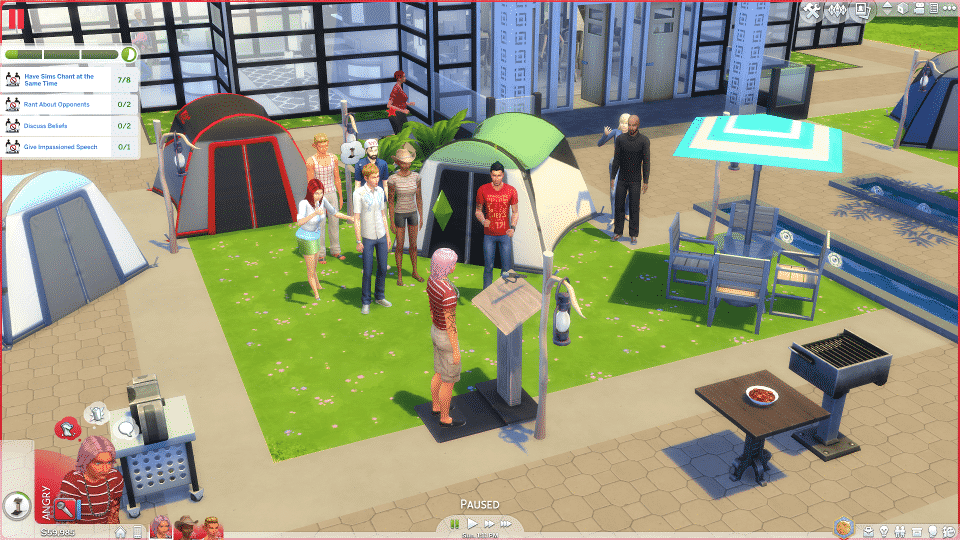 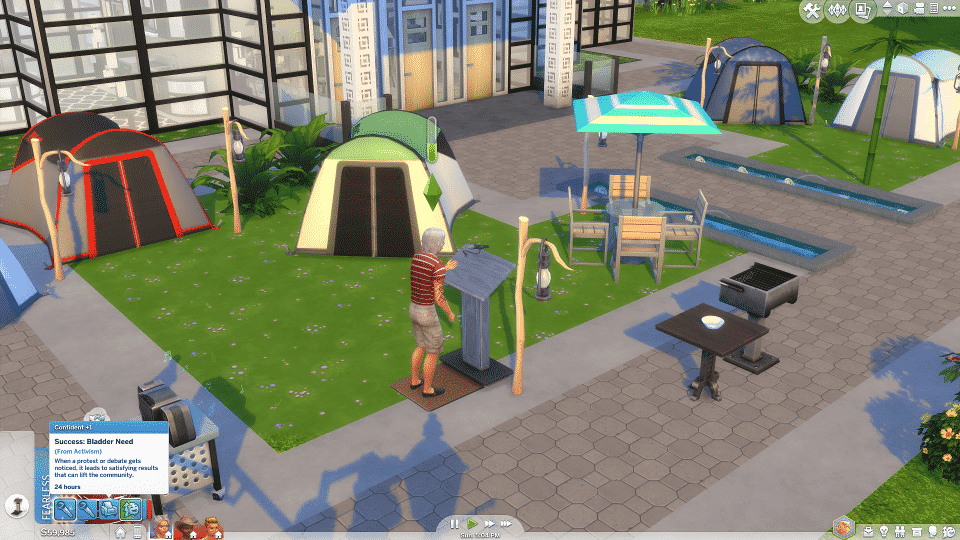 If you’ve ever played The Sims 3 University Life, you may be familiar with protests. If you’re not, then they’ll be completely new to you. Sims can protest a variety of topics, and when a protest is successful, all Sims in the household* will earn a long Moodlet, depending on the topic. For example, protesting Lack of Friendship will cause Sims to be able to build friendship faster. Your Sim will unlock more topics as they increase their Protest Leadership skill.

(*Because The Sims 4 doesn’t have an open world, it’s not possible to have the protest effect all Sims in the game)

The mod’s protests feature uses The Sims 4’s social events system, so you’ll receive goals to complete in order for your protest to be successful. The main goal, which contributes to a majority of the score, is to have eight Sims “chant” at the same time. There are three interactions on the podium during protests, all of which are named after those in University Life: Rile the Crowd, Lead a Chant and Give Impassioned Speech. Rile the Crowd causes protesters to build towards the Angry emotion. Lead a Chant is the interaction you need to use to complete the main goal, but only Sims who are either already in the Angry emotion or have been riled long enough will take part. Give Impassioned Speech calms Sims down and is mainly used for a minor goal.

There are also four new social interactions associated with protests: Discuss Beliefs, Describe Negative Experiences, Rant About Opponents and Tell Infuriating Story. These interactions increase friendship, but unlike “Friendly” interactions, being in a bad mood (especially Angry) makes them more likely to be successful and being in a positive mood makes it less likely.

If you earn Gold at a protest, all Sims in the household will gain a Moodlet for 24 hours. If Silver, it will only last 4 hours. If you earn no medal, Sims will instead earn a negative Moodlet that does the opposite of what the protest was intended to do, for example, making Bladder decay faster instead of slower.

Sims who aren’t yet skilled enough to lead protests can Rant on the podium to increase their skill. 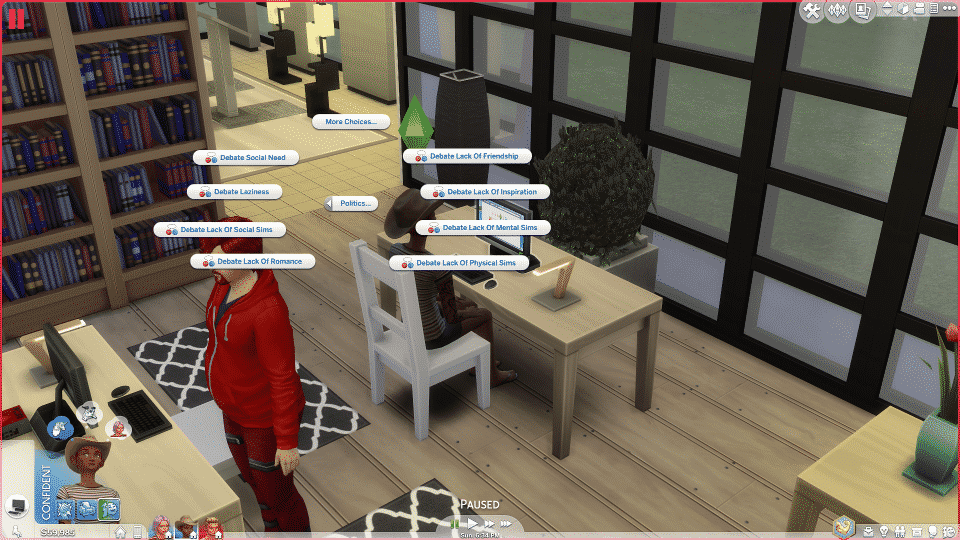 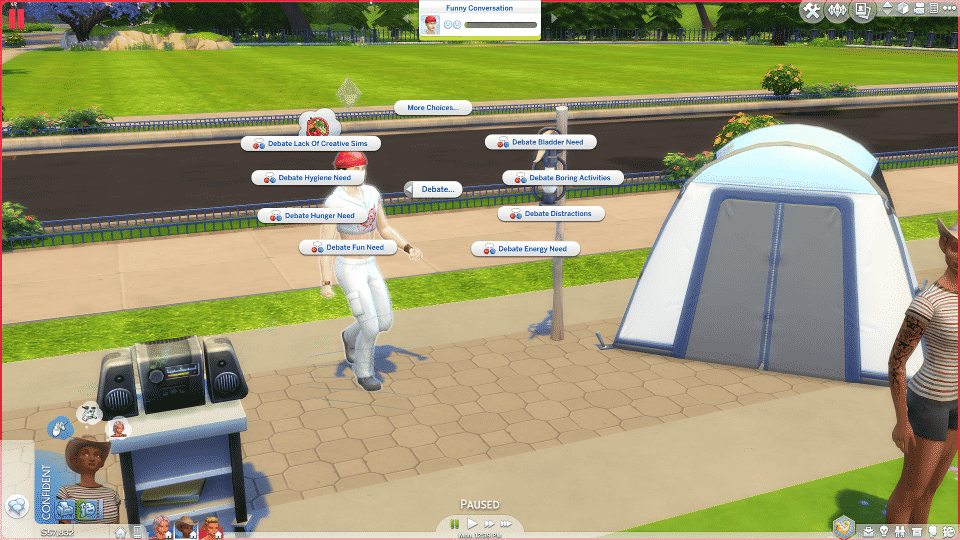 Debating has the same benefits as protests. While not as powerful as a Gold level protest, debating is much quicker and doesn’t require as much effort as completing a protest. Sims can debate online using a computer, and with other non-household Sims. Debating online takes an hour, and if successful, will result in a positive Moodlet for 4 hours. If unsuccessful, it will result in a negative Moodlet with the opposite of the intended effect. Debating with individual Sims lasts only the length of telling a story, but will only last 2 hours.

Be warned, however, that the more a Sim successful debates, the less chance there is of the next debate being successful for a certain amount of time. It’s best to wait between debates and not have too many in a row.

Besides taking part in debates, Sims can increase their Debating skill using the Practice Debating interaction on the podium.

The topics available for protests and debates are: 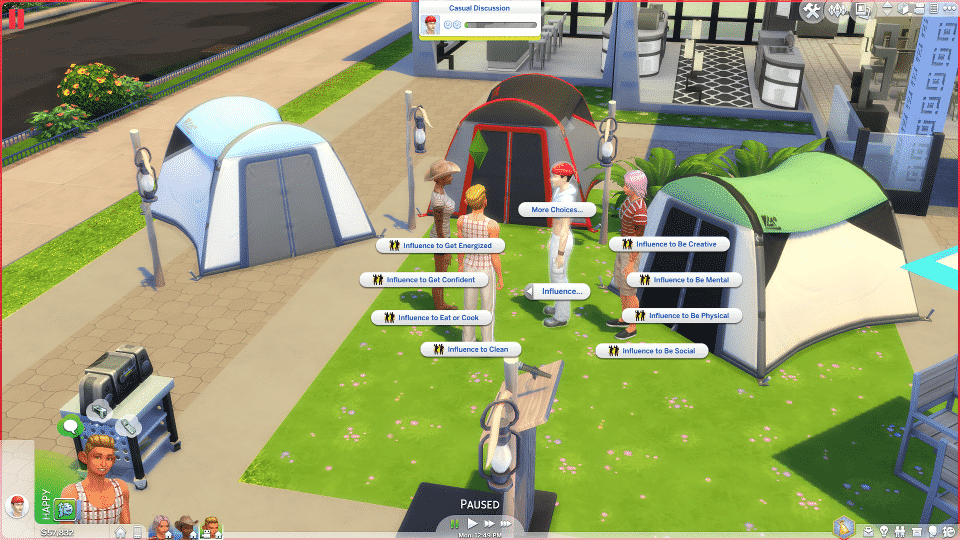 Influence is the main skill used with the new Political career (more information below). This skill unlocks new social interactions that allow you to influence the emotions and actions* of other Sims. It’s simpler than protesting and debating, and doesn’t effect the whole household, but there aren’t any severe negative consequences other than a small relationship drop. Sims with a lower Influence skill can only influence good friends, but they’ll be able to influence more Sims later on.

*Influencing actions (for example, cook, clean, sleep, etc.) uses the Moodlets from the SimRay in Get to Work, and therefore will require Get to Work in order for them to function. These are references in too many parts of the code to create a custom version.

Sims can build the Influence skill by using the Practice Influence interaction on the podium. 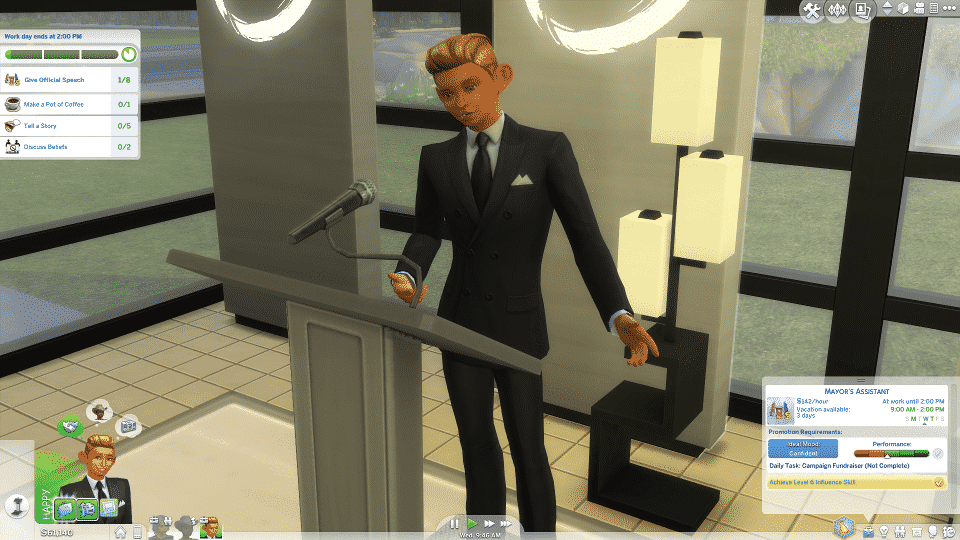 Last but not least, Politics comes with a brand new career – Political. It uses all three of the skills the mod introduces, but mainly Influence. If you have Get to Work installed and have the new City Hall venue placed in any world, this career will function like those made active with Turbo Careers. Sims in this career will start off as a paid protester, then move into more powerful positions.

If you’ve played the Political career in The Sims 3, you probably know about the Campaign Fundraiser party. Well, guess what? In this mod, it makes a return! Throwing a Campaign Fundraiser is a daily task for Sims who are level 5 or above in the Political career. It functions like a normal House Party, but instead of the usual rewards, it will contribute to the daily task and in turn help increase career performance. Getting a Gold medal will immediately boost the daily task completion to 100%, whereas only getting a Silver will increase it by 50% and Bronze by 25%.

If you have any questions regarding this Mod Pack, make sure you ask them in our THREAD over at Sims Community Social!