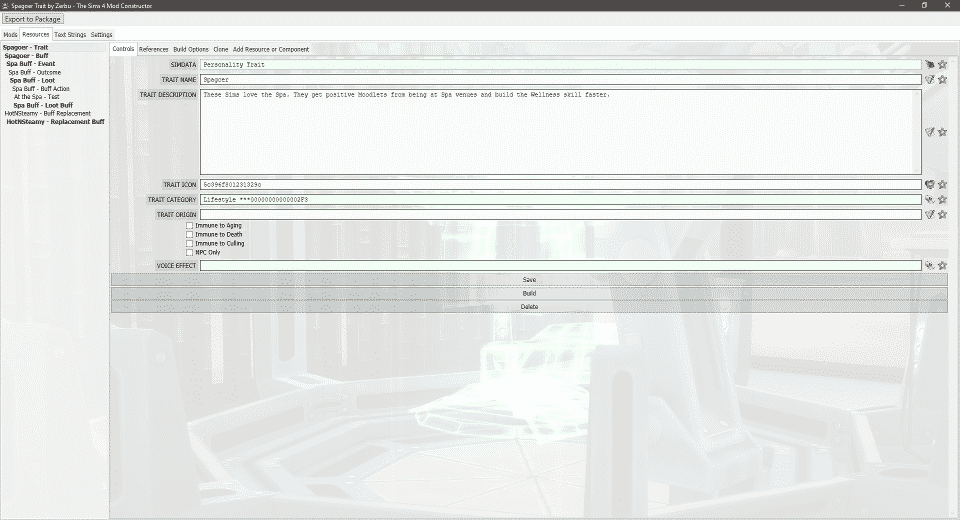 In December 2014, you were brought The Sims 4 Buff and Trait Factory, a tool used to create traits for The Sims 4. It’s finally time for a successor: introducing The Sims 4 Mod Constructor.

(Note: The program is still a work in progress, and the finished version may differ from the screenshots shown in this post)

Mod Constructor, named after the Invention Constructor from The Sims 4 Get to Work, is a program that generates tuning mods without any actual coding required. The first release will focus on traits, but future versions will add support for other types of mods such as social events, aspirations, and maybe even careers and interactions down the line.

While Buff and Trait Factory allowed you to generate simple traits, Mod Constructor allows you to go advanced and access features that were previously limited to advanced modders.

If you didn’t understand all that technical stuff, don’t worry – you’ll understand how the program works when you see if for yourself. 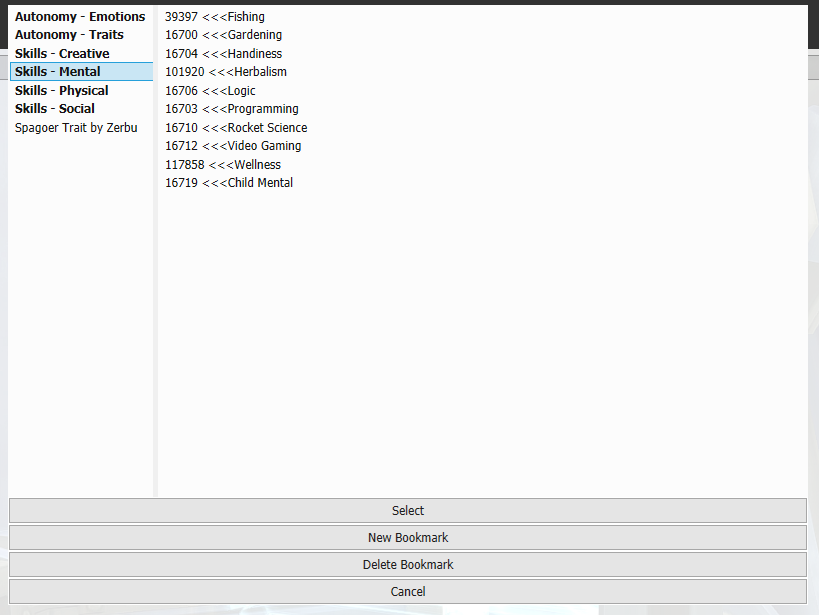 (Features which aren’t added yet, but hopefully will be by the time the program is released)