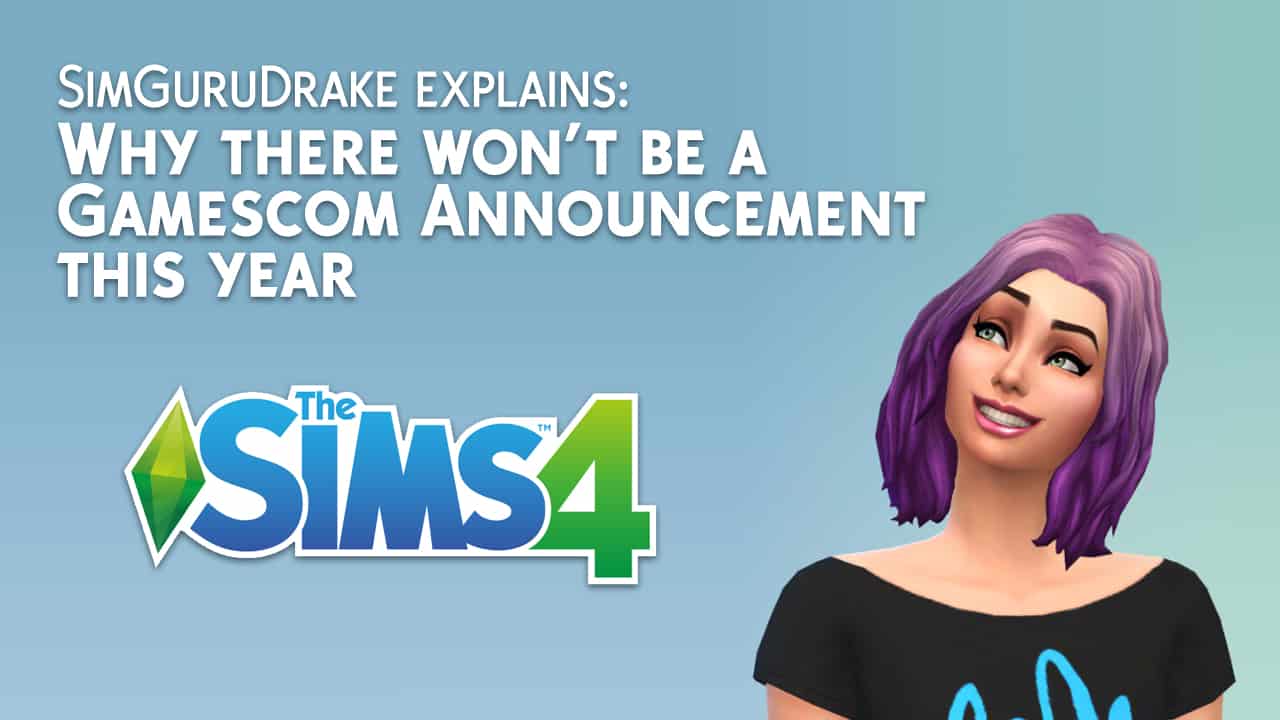 After announcing that there won’t be a Sims 4 announcement at Gamescom this year, SimGuruDrake wanted to clarify more about why is that the case. She explained that they don’t want to repeat the same scenario like last year where they announced The Sims 4 Get Together in August and kept most of the info a secret for a few months.

We aren’t ashamed to announce anything, I’ve actually been very excited about sharing the stuff we have shown so far and have not hidden my enthusiasm for them from any of you. We would rather do a full reveal of a product when we can continue talking about it from that moment on wards rather than say something and then disappear. An example of this is last year with EP2, there were a lot of conversations in the forums about lack of updates between Gamescom tease reveal and when we could do the full on reveal. Also, and most of this stems from the quarterly teaser reactions, but I’m having trouble understanding the want for a tease with pictures when we already have complaints about the quarterly tease not giving enough information because it is a tease.

What I’ve said above in no way means that I don’t appreciate that everyone wants to know what is coming down the pipeline as far as content, I 100% understand the passion and enthusiasm you have for the game and that it’s hard for the community to understand game development and how it works when you aren’t actually working in the studio –I know Graham has definitely tried to at least explain the process from the SP side of things. You’ve already seen this year the hard work that our engagement team has been doing with their free updates and what the SP and GP teams have been doing with their content–know that the EP team is hard at work as well. 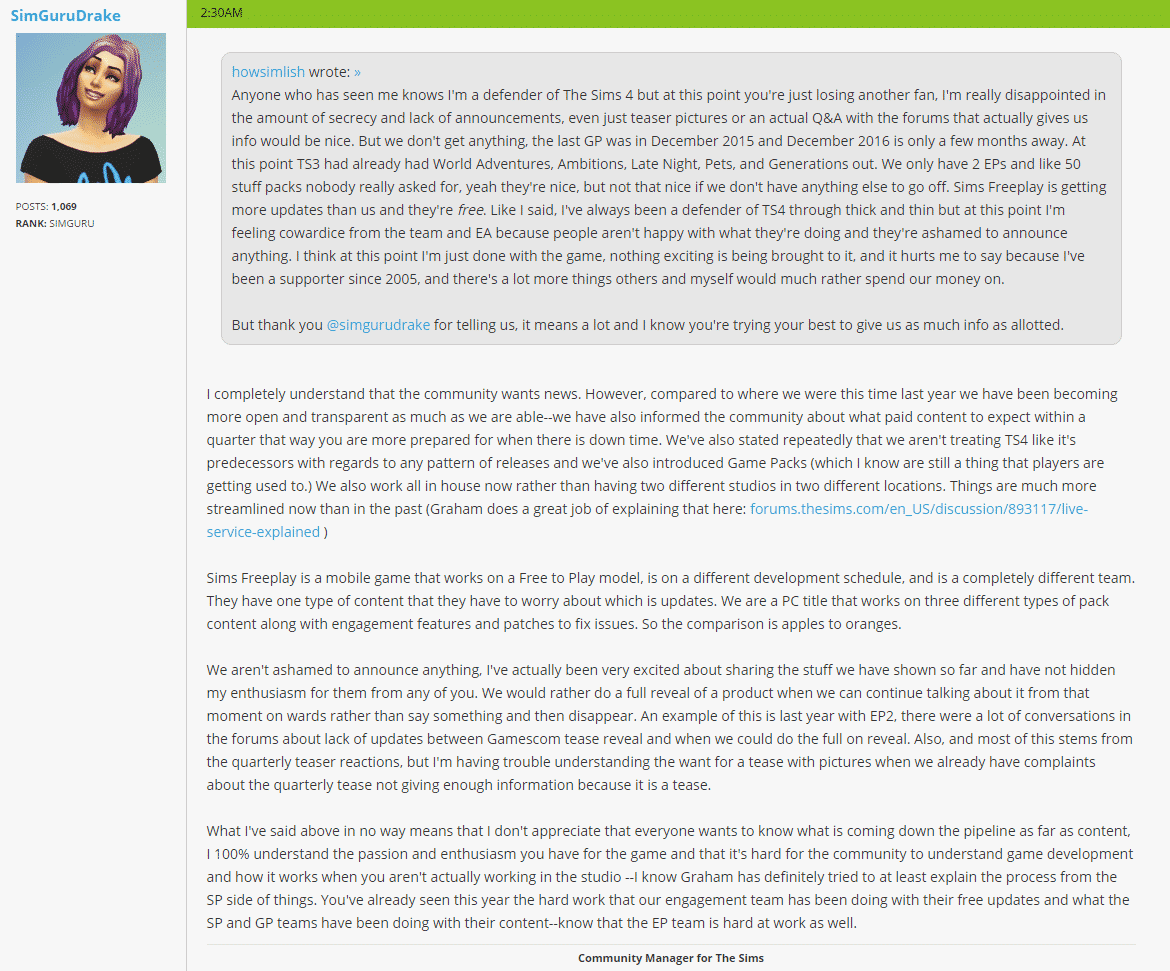