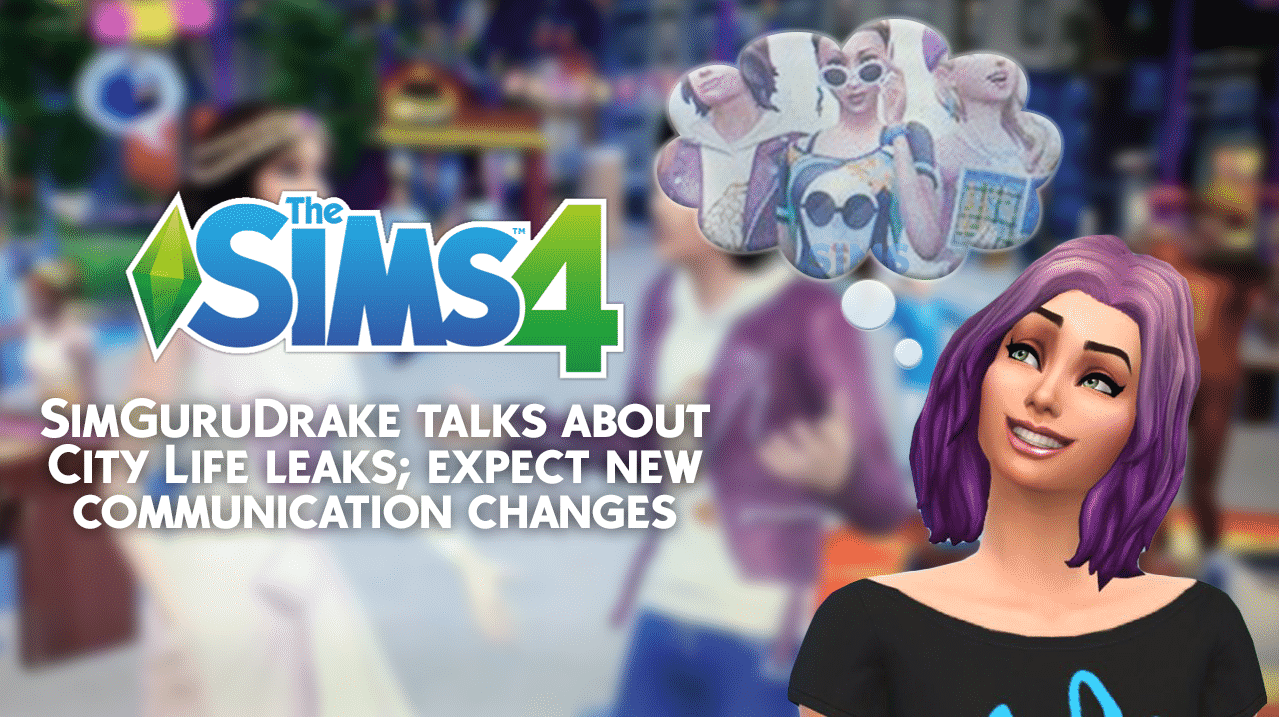 The last 2 weeks were filled with leaks about The Sims 4’s third expansion pack – City Life, which, for right now, is just one big rumor with pretty solid evidence.

There hasn’t been any clarification on who’s exactly leaking all the information about EP3, but over the last few days there’s been rumor and speculation on Reddit, The Sims Forums and other social networks that someone official who’s working on the game is behind all these leaks. One of the most suggested and talked-about people who work on TS4 who could’ve leaked all this was SimGuruDrake, who was away on vacation during this situation.

When asked about if she plans to bring back the Ask a Guru thread that mysteriously disappeared, she responded with the following message:

NZSimm3r: I just wondered if maybe @SimGuruDrake … well if it isn’t time for encouraging the gurus back to have another try at chatting with us again. I think there are a lot of people here who genuinely just enjoy banter with the devs. I know they (the gurus) don’t have to, as in it is not part of their work requirements but I guess it is a little like what you said about old grievances having expiry dates, maybe it’s time for the gurus to put aside that past too and try again with the fans? Maybe?

SimGuruDrake: Considering all that has occurred while I was away I highly doubt that will be happening again any time soon. I tried with my Ask a Guru thread to at least get things started, but as they say: One spoiled apple can ruin the bunch. So don’t be surprised if communications change and become more strict (and while I was blissfully unaware of things that occurred while I was away until I got back that doesn’t mean I’m not disappointed in how the community has reacted.)

I think everyone is aware of what I mean in the bolded part with regards to some making comments in different threads (joking or not) that I would risk my job to pull the stunt that happened while I was away last week. When I say “blissfully unaware” I mean that I literally was not aware of anything Sims related for a good portion of my vacation but when I was pulled from my vacation to handle a situation and was then informed about things happening and I saw how not only fan sites but the community was reacting I was very disappointed.

I absolutely, and with zero input from any of the teams I work with, opened up the Ask a Guru thread to try and alleviate player concerns and while I was away things and decisions happened that were out of my control. When I created the thread it was 100% sincere to try and create some kind of bridge to bring us all together. I am a huge advocate for community engagement and I am a huge advocate of this community. But when things happen while I am away I have to respect decisions that are made when I get back and just work towards getting things back to a good place. The thread not being opened now doesn’t mean it won’t ever open again or that communications will never open. It just means that, for now, things are getting a bit more strict till we get back to a good place.