If you were to ask any simmer why they love The Sims, they would most likely tell you because of the freedom it allows them to do whatever they want. Whether it’s creating sims, building lots, or living out their sim’s lives. It’s the freedom, the creative abilities, the customization. This has always been the philosophy of the Sims series and why players have always come back, series after series, game after game.

That is, until Sims 4 City Living came along. The initial announcement showed off impressive apartments, cultural events, many returning activities from past games in the series, it seems like a really promising expansion in terms of deep gameplay, something Sims 4 has sorely been missing since its release two years ago. Then came the finer details of the pack through tweets and forum posts by the Gurus. One tweet the fans hard. This tweet right here: 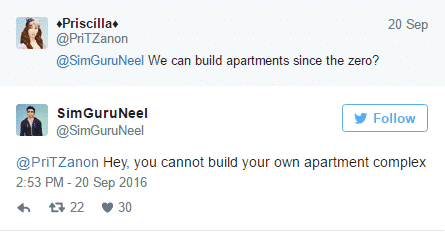 As if that wasn’t a big enough shock to the playerbase. Enough of a kick to the shins to builders. Enough of a warning sign for players to head for the hills. We were then double whammied with this follow up tweet: 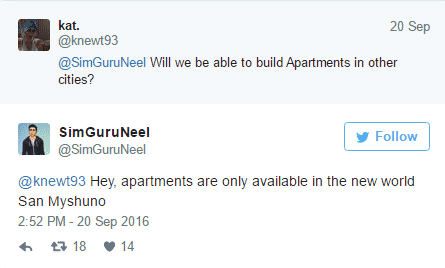 So not only are players barred from building their own apartments, but they’re also barred from adding apartments to any of the other worlds in the game, past or future. I’ve played Sims since the very beginning. I own every game released. Never have I seen something so against the philosophy of the Sims than this. All throughout the life of the Sims series we’ve always been able to create every single type of lot introduced. Even when shells were introduced in Sims 3 we were still able to create our own innards of them. We could make our own apartments in Sims 3 Late Night. We could build our own performance venues in Sims 3 Showtime. We could build our own interactive classrooms in Sims 3 University Life.

No matter what they introduced, they always found a way to do it in such a way that they stuck to their vision, but also allowed us to create our vision as well. City Living goes completely against this. The Sims Team stuck to their vision all right, but they removed any and all chances that we could stick to ours as well. They tried to merely write it off as a worthwhile decision because they’re so unique and fun and they “look better this way.” I don’t know about you, but I’d much rather be able to build my own apartments and put them in whatever world I want rather than have “pretty shells.”

The fact of the matter is, no matter how fun this new apartment system may be, it will get boring quickly. It’ll get repetitive. It’ll get stale. No matter how fun they are, the apartments in City Living are minimal. We’re only going to get a handful because each world in Sims 4 never has many lots available. And what we get is it for the entirety of Sims 4. We can’t make them ourselves. We can’t download player made ones from the gallery. None will ever come in future packs as it’s an expansion-exclusive feature. So while they may be fun and exciting when the game first comes out, just know that they’re all we’re going to get, forever. So once you get bored of the available apartments, that’s it. Forever. 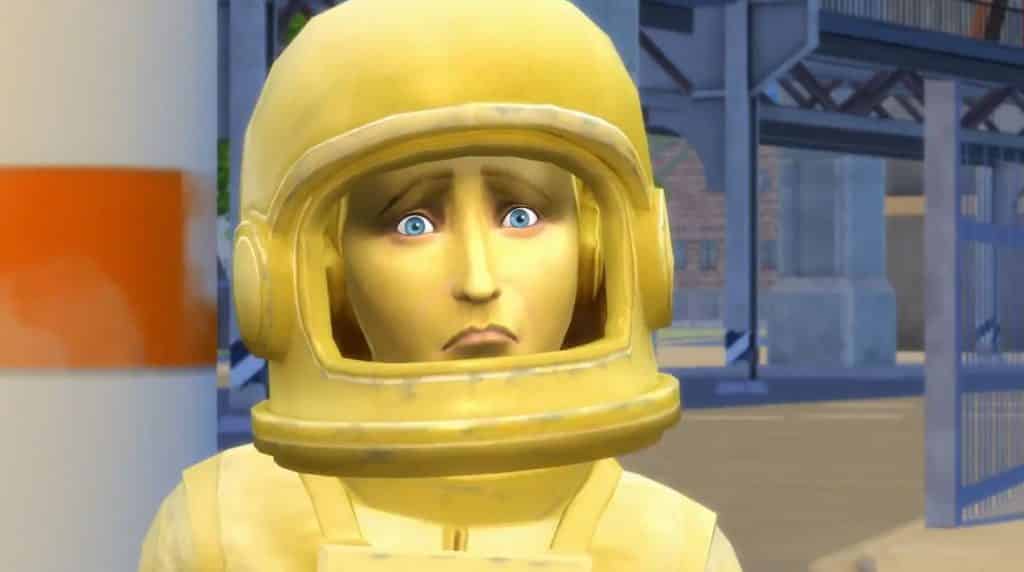 After watching the latest livestream for City Living, I’m even more confused as to why we can’t build our own apartments, or what they even mean by that phrase now. Penthouses are literally regular lots of any type (residential, club, park, etc.) on top of a giant world object no different than if they were placed on any other world lot. We can build anything on them, and we can download lots from the gallery to place on them. So clearly these don’t function as apartments, they’re just houses really high in the world.

The brownstone they showed off looked like it functioned exactly like the apartments in Sims 2. By that, I mean it had legitimate apartments and families you could visit, albeit after going through a loading screen instead of random sims popping out after knocking on the door like Sims 3. If an expansion from 2008, made for a base game made in 2004, could give us legit apartments that we could build ourselves, how is it that an expansion in 2016 for a base game made in 2014 can’t? It’s nonsense. I’d really like to see the inner workings of these lots so I can understand why exactly we can’t build our own because they look exactly like normal lots in Sims 4 and normal apartment lots in Sims 2, that we could build. I have so many questions after that livestream.

This is an extremely problematic sign for things to come. The team clearly has no regard for the philosophy of the Sims series. They have no regard for the freedom of the player. They’re going to continue making the game however they want, no matter how much it limits the player. We saw warning signs of this in Get Together when we couldn’t change the lot type of the Von Haunte Estate, then again in Dine Out when our sims were only allowed to hire employees, they couldn’t cook and wait tables themselves. But the apartment system in City Living is the most glaring example of this lack of freedom thus far in Sims 4, and it doesn’t bode well for the future of the game. At all.

So no matter how fun the apartments may be, it wasn’t worth it.