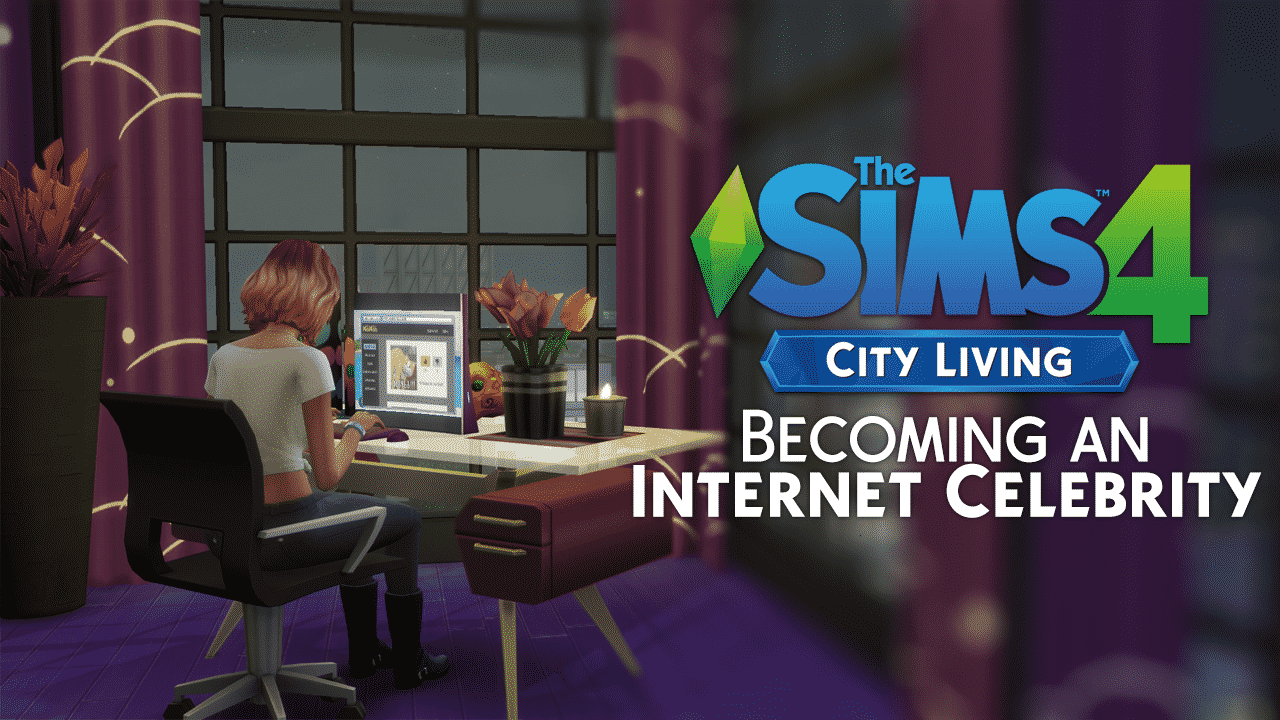 Just like in real life, Sims can become internet-famous with The Sims 4 City Living Expansion Pack. With the Social Media career you can gain followers, record videos and overall become someone who matters…on the internet.

You can start off your internet journey by joining the Social Media career. One of your first assignments would be to create a Social Media profile which you’ll later use for assignments. 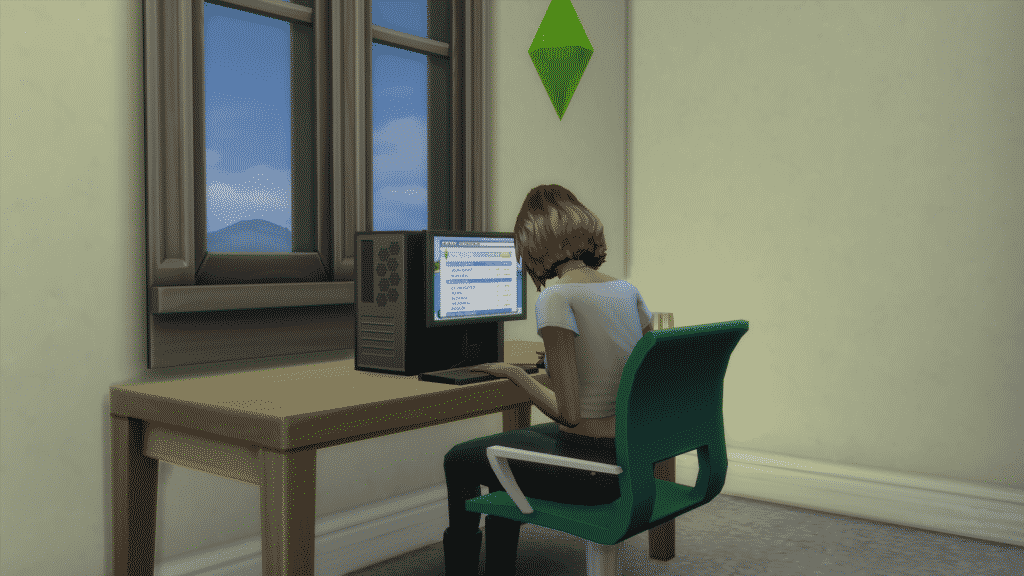 You’ll want to work on your Charisma and Video Gaming skills while you’re just beginning with the Social Media career as it’ll be harder to work on these required skills while taking care of other assignments. The good thing about Social Networking interactions is that your Charisma skill fills up each time you use them.

Deciding to work from home will bring you various assignments that will encourage you to improve your Video Gaming and Charisma skills, as well as socializing and meeting new people around the city. 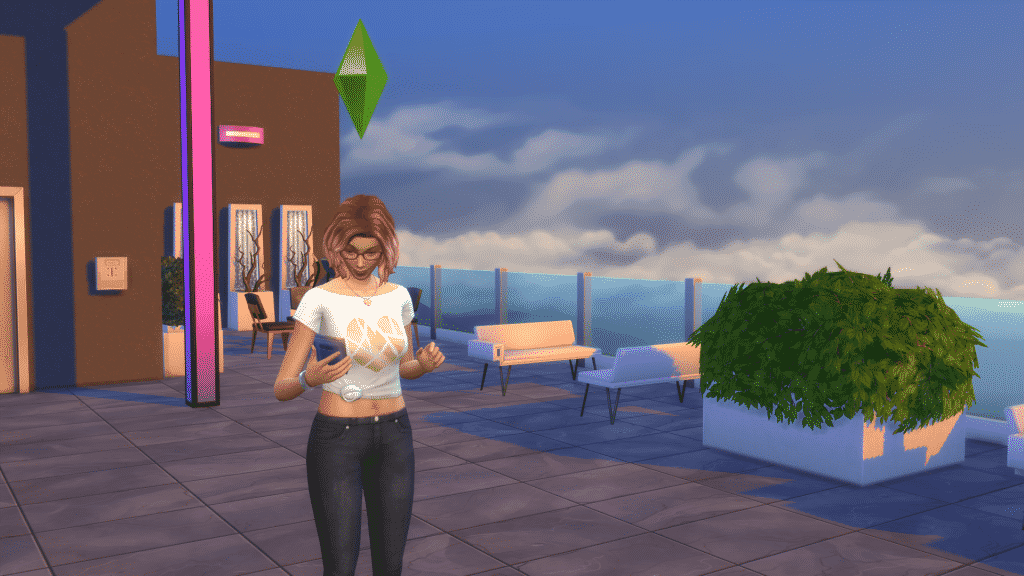 Level 3 of this career brings 2 new interactions – Respond to Mail and Share Image.

Sharing an image won’t always engage your audience and you’ll have to wait a few hours before you share a new one. 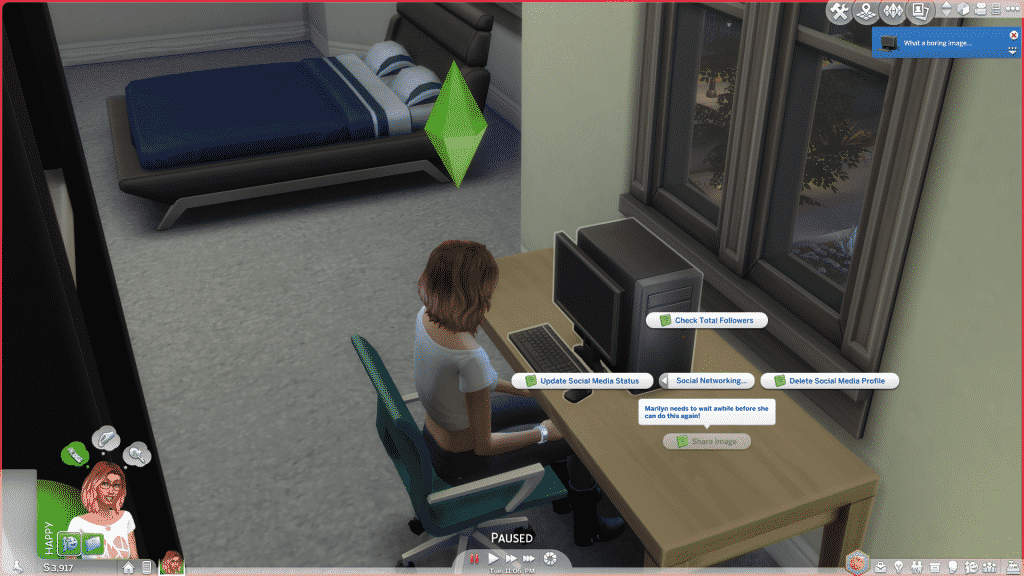 Responding to an email can be done both from your phone and computer. It doesn’t affect your followers count but it brings new buffs that may get your Sim happy or angry… 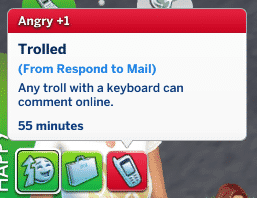 At this point you’ll also have to work on your Comedy or Mischief Skill! 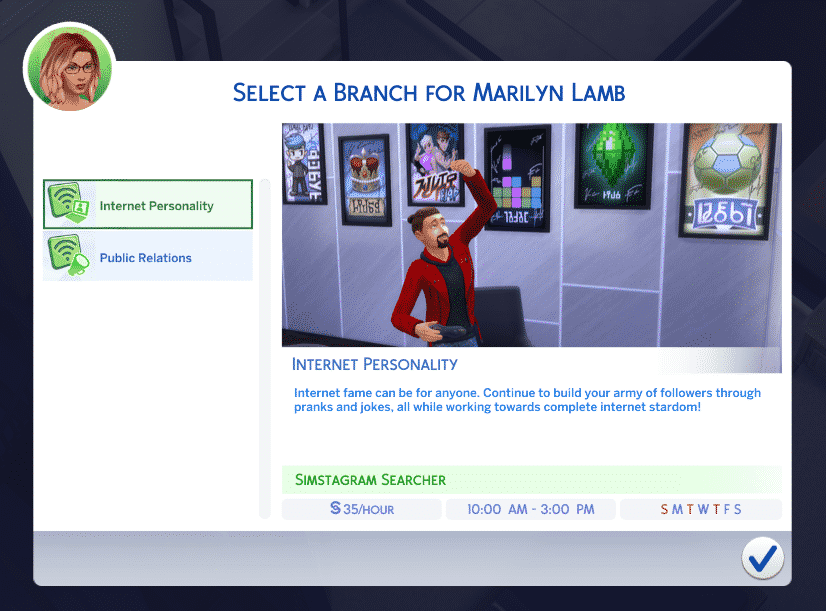 The following interactions are now available to you:

Sharing a joke to your followers is probably the best way to gain followers at this point. This interaction relies on the Comedy skill so make sure it’s high enough if you don’t want to lose your followers! Being playful helps making your joke successful.

Advertising a minor product will sometimes give you Simoleons – but often for a cost of losing quite a bit followers. 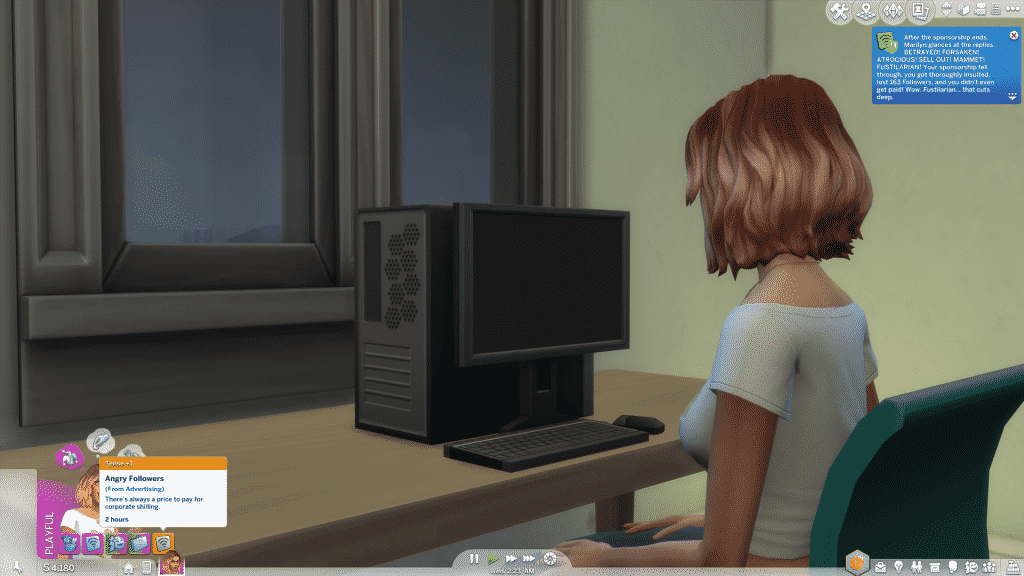 The Status Update from Venue interaction on your phone has replaced the Check-In interaction and is guaranteed to bring you more followers.

Recording a rant is very risky and, unless your Sim isn’t charismatic enough, you’re going to lose a lot of followers:

Giving a shout out from a venue will now replace the Status Update from Venue interaction, giving you around a thousand of followers!

At Level 6 you can Start Funny Meme and Broadcast Status.

Starting a funny meme also depends on your Comedy skill and if the meme funny, you can expect thousands of new followers! The Broadcast Status Update will also bring you thousands of new followers if done right!

At Level 7 you can Advertise Major Product, Promote Image and Announce Appearance at Venue.

Advertising a major product is a huge gamble. If done wrong you can lose thousands and thousands of followers. Doing this interaction right will give you a few thousand simoleons in exchange for a few thousand followers. You’ll bring them back…eventually. 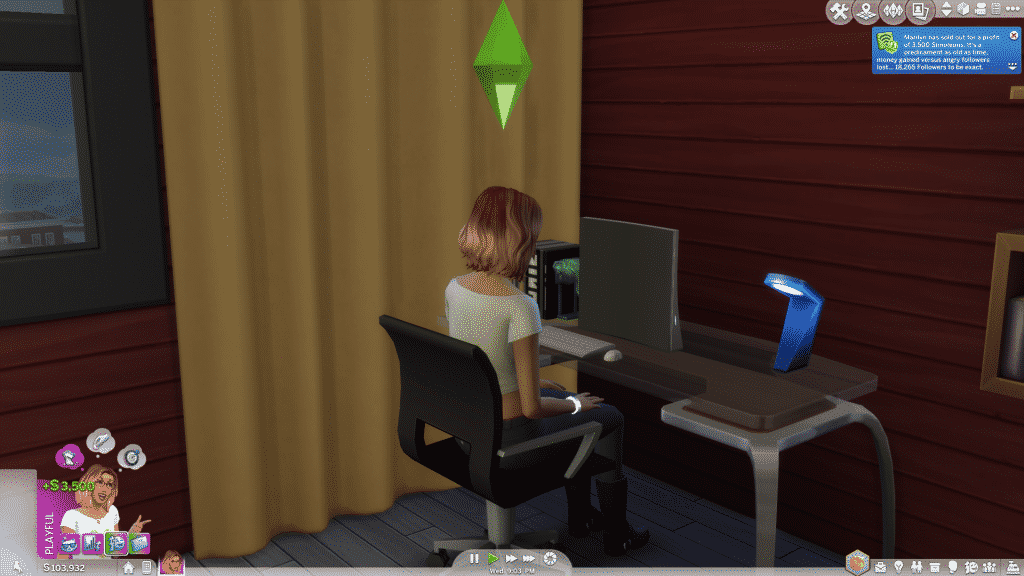 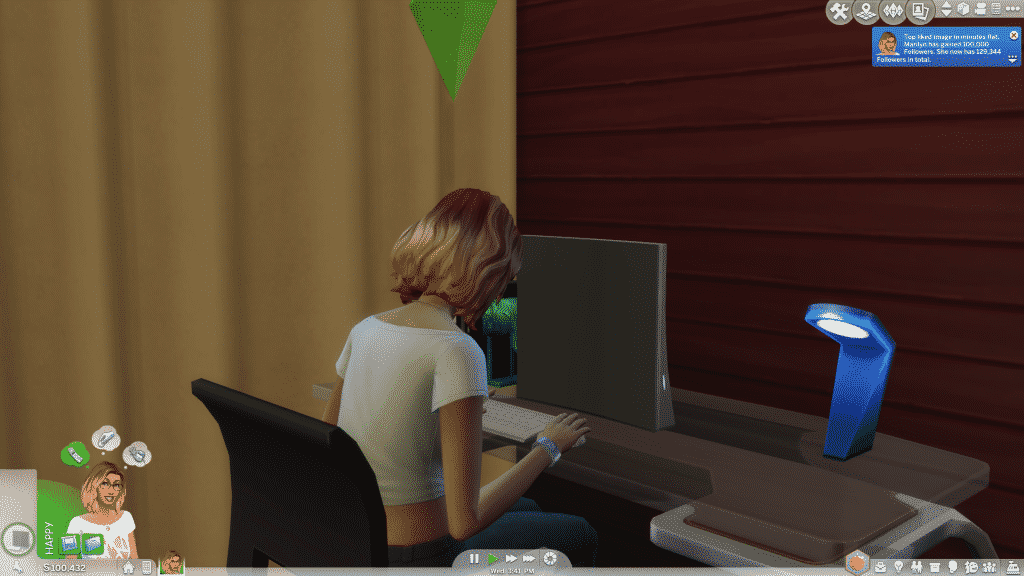 Announcing your appearance at a venue will replace the Status Update from Venue interaction. This one also can give you close to a hundred thousand followers! 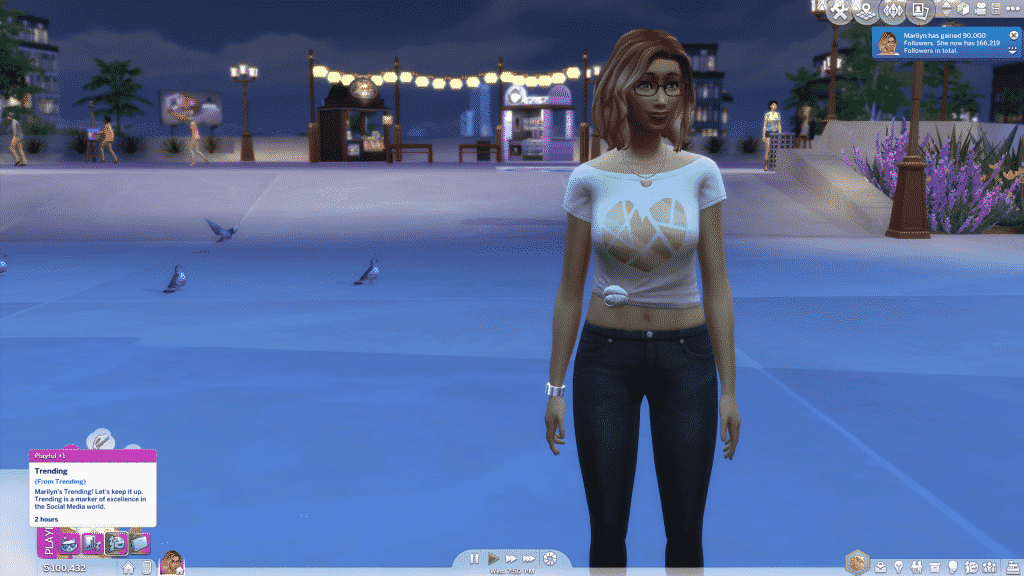 At Level 8 you can Stream Let’s Plays and Prank Streamers.

Stream Let’s Plays interaction will replace the Livestream interaction. If you stream a Let’s Play for a long period you can get up to million followers! This interaction, as well as the livestream one can be done using a video gaming console! 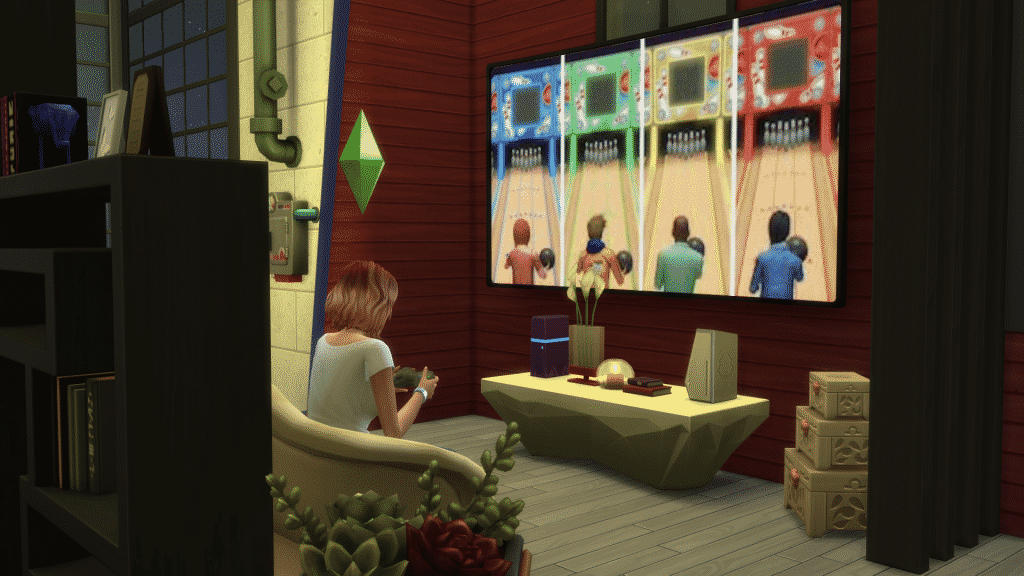 The Prank Streamers interaction depends on your Mischief Skill. The lower it is the higher the changes are of embarrasing your Sim in a failed attempt. This interaction can be performed every few hours and will give you close to a million followers when done right! 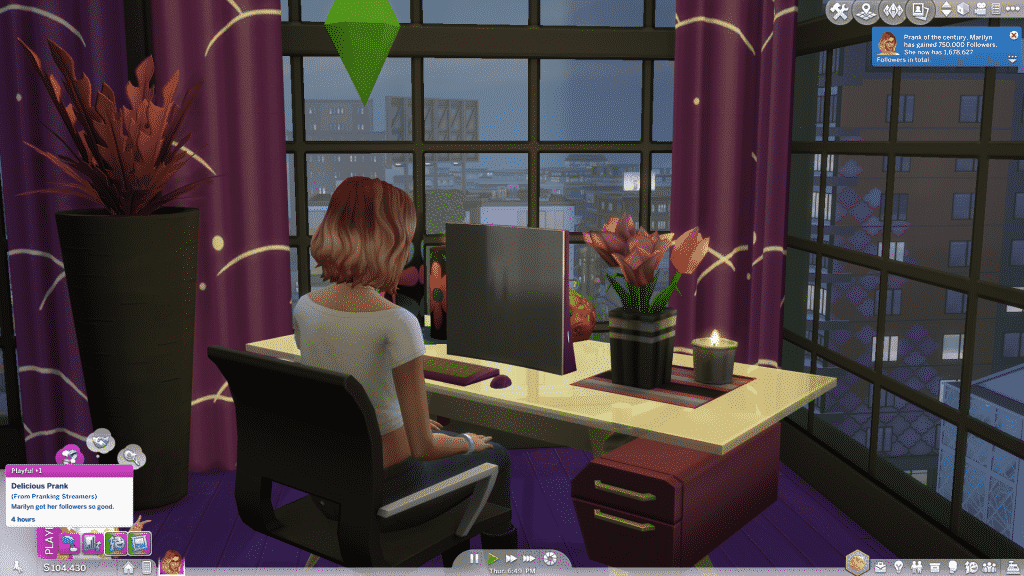 Uploading a viral video will give you a million followers if done right! 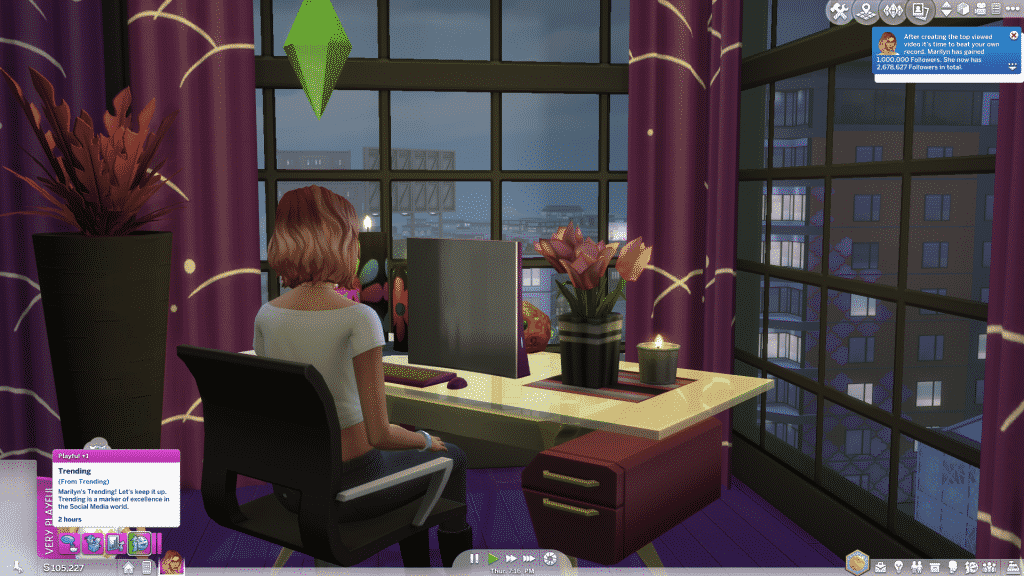 Doing a charity stream can get your Sim trending and will also give you around a million new followers. 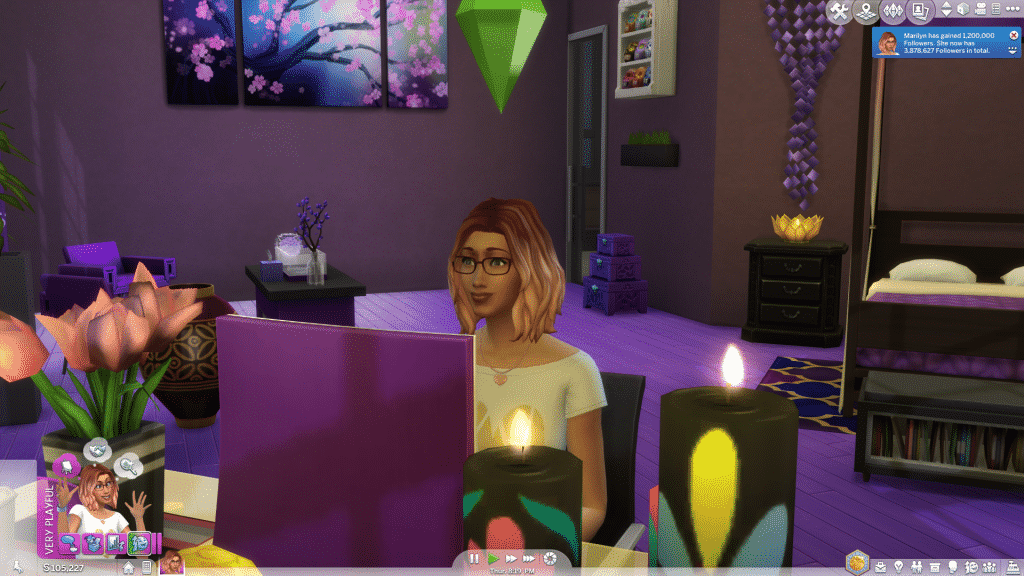 Reaching Level 10 will unlock the Advertise Massive Sponsorship interaction. When done right, this interaction will give you hundreds of simoleons in exchange for a few hundred followers. 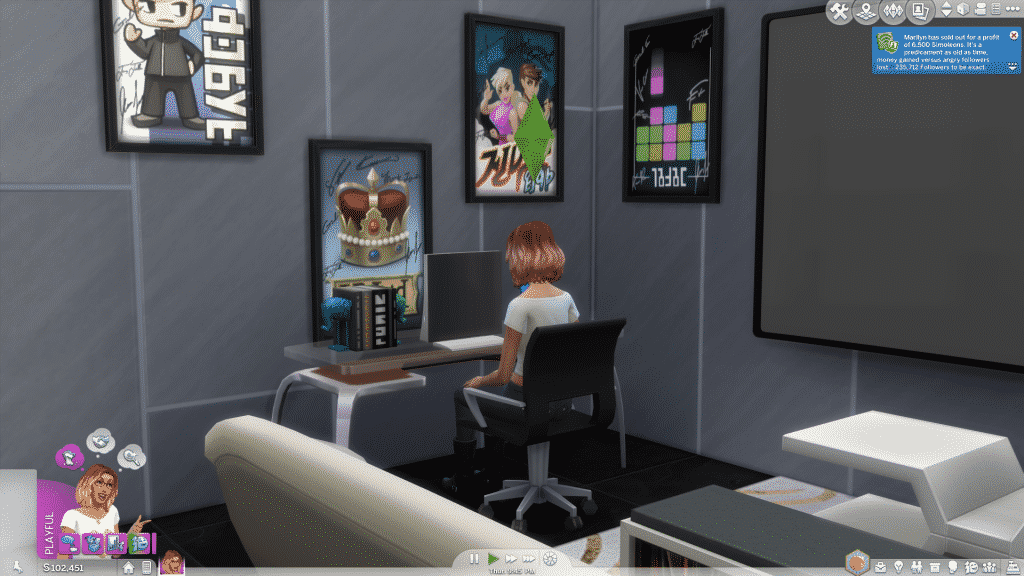 Not only do you earn money from working as an Internet Superstar or working at home, but you also get to gain followers and trade them for advertisements in exchange for hundreds of simoleons. Working as an internet persona is definitely the easiest way to earn plenty of simoleons each day! 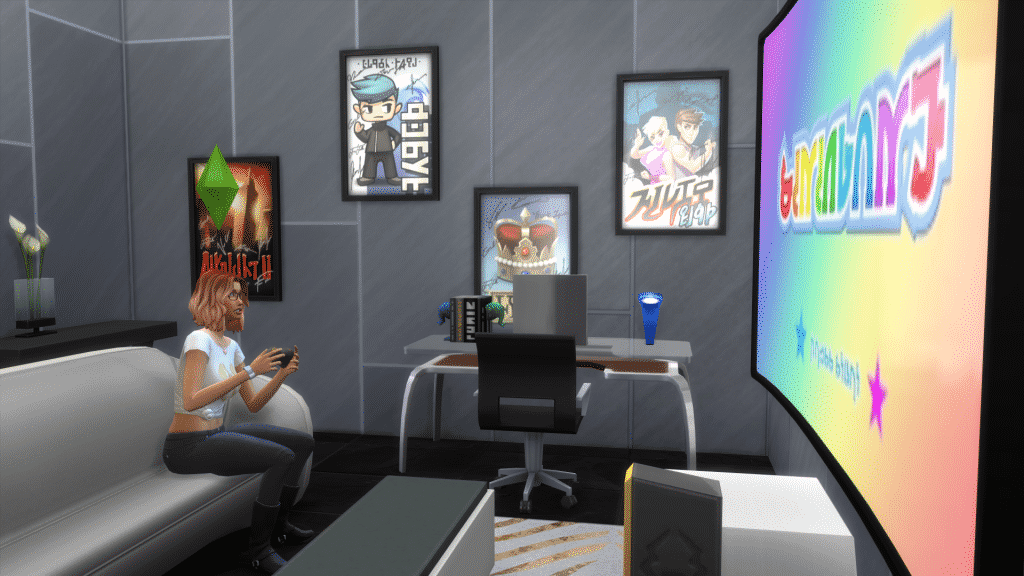