When “The Sims” was released in 2000, anyone who played it was blown away about the complexity of the game. Many people, including myself, didn’t think the game could get any better then it was at the time.

Then “The Sims 2” Happened. 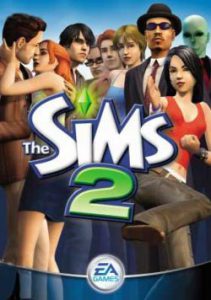 The Sims 2 took the original game and made it 100 times better than what it was. Which, back in 2004, no one ever thought it was possible.

For the first time on PC, all graphics were in 3-D. Yeah, we had 3-D graphics in the console versions of the game. But never before were we able to fully immerse ourselves in the game like we could in The Sims 2.

We had 3 distinct neighborhoods, all of which had their own story line.

Pleasantview was set 25 years AFTER “The Sims”. 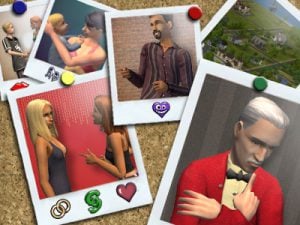 Strangetown was modeled after the mysterious disappearance of Bella Goth, 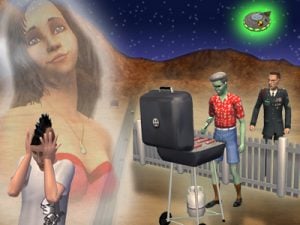 Veronaville was a play on Shakespeare’s “Romeo and Juliet”. 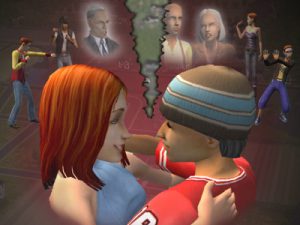 For the first time, our sims had wants and fears, which was HUGE Part of this installment of the series. The wants and fears were dictated by your Sim’s aspiration. Which could be one of the following:

Those wants and fears were based upon one of those 5 aspirations you chose in Create a Sim.

Oh and speaking of Create A Sim… 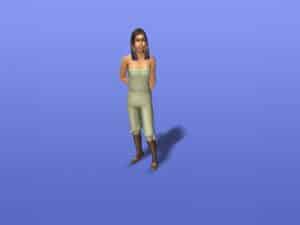 The details in CAS were now beyond comprehension. You could change almost everything about your Sims, down to the eye size, by just a simple slide of a mouse.  You can just pick more than their “everyday” wear now. You could pick sleepwear, PJ’s, Formal outfits. You could even change their underwear in CAS. Something that was never done in “The Sims”.

The Sims in The Sims 2 were smarter now. They had memories. They remembered if they had a burglar come in. They will remember when they had roaches and you will see them sob about it. If they got into a fight with a Sim, the will be mad at that sim and make an angry face if they see them again.  The memory system was something that brought so much depth to the game.

But the main thing in The Sims 2 was this: AGING and TIME!

Your sims now had a lifespan. One where you had to pay careful attention to. You had to balance their goals with the forever ticking of the lifetime clock. Your sims were not immortal, they now can die of old age. This added a complexity to the game. A time limit, in a sense, to make sure you can get your sims goals achieved before they aged up and passed on.

The game added so many features to the series that make it a major milestone in Simming History.

Join me next week as I go into the first expansion pack for the Sims 2. University!