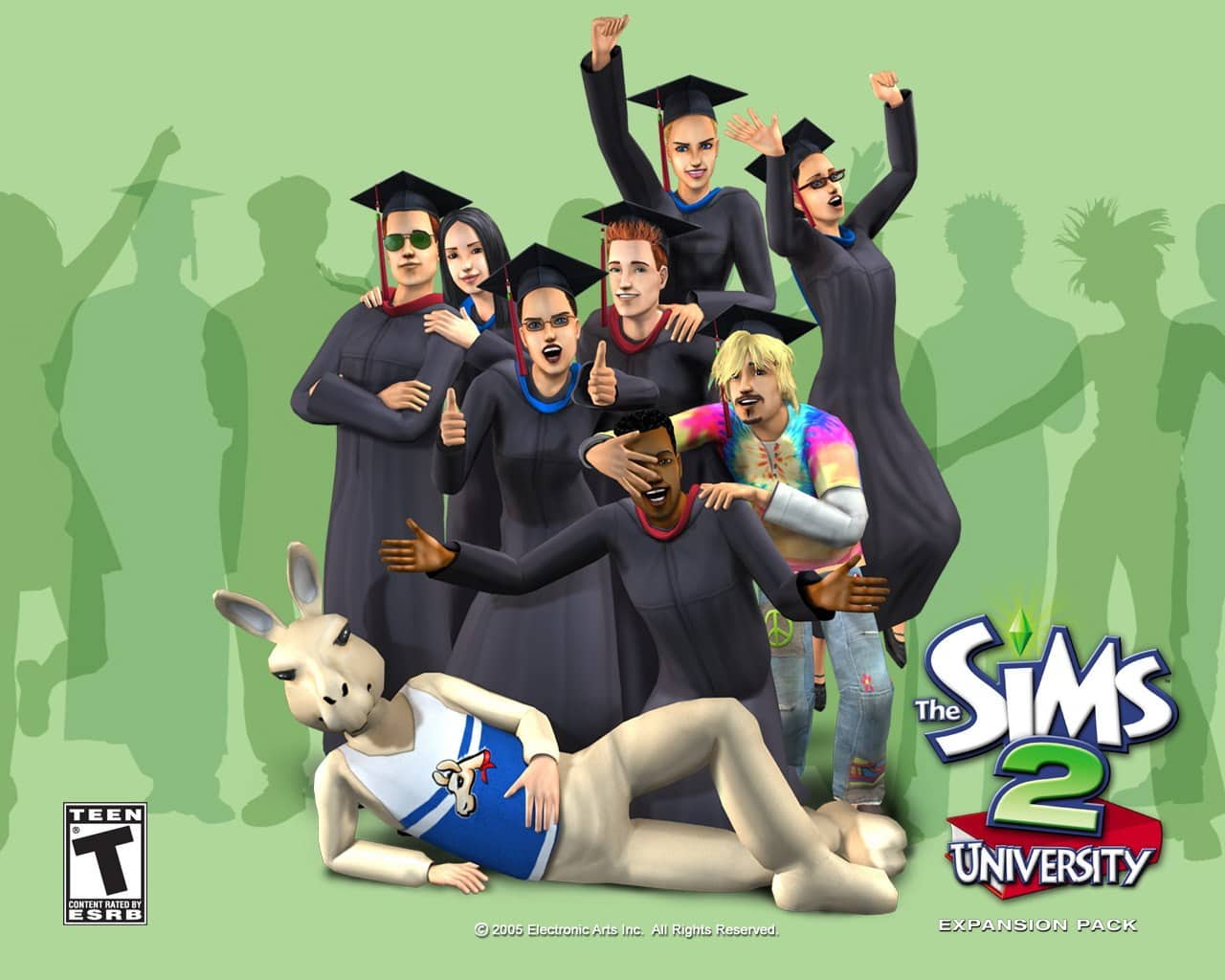 So by March 2005, we had The Sims 2  for about five months. During this time, we had a chance to really get into all of its new features and amazing start of the art graphics. But in March of 2005, The first expansion pack of The Sims 2 was unveiled and released…

So, without any further a do, lets travel back to March 1st 2005, when The Sims 2: University was released.

University gave us the amazing opportunity to send our sims to college! And if this wasn’t enough, the Maxis team gave us a new life stage: Young Adult.  This did come with a catch, however.  The young adult stage only existed when your sims were at university.

First, a New Create a Sim skin was added, called Create a Student.  This was like CAS, but only had one life stage: Young Adult. 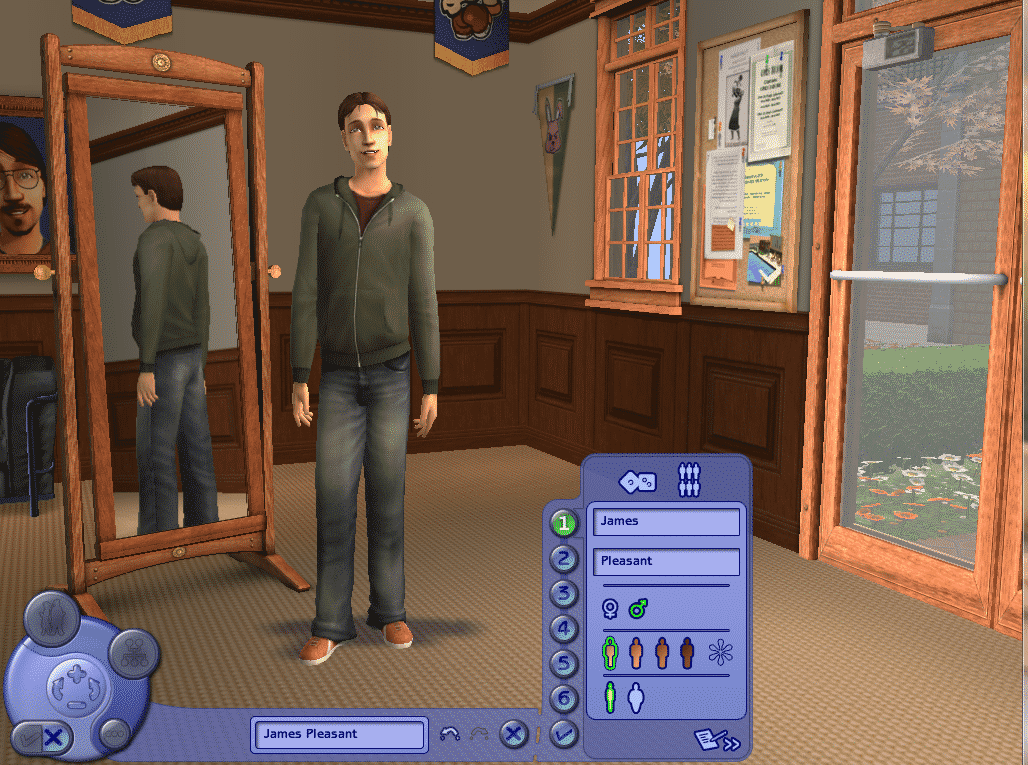 The game gave us 3 brand new college sub-neighborhoods to explore: 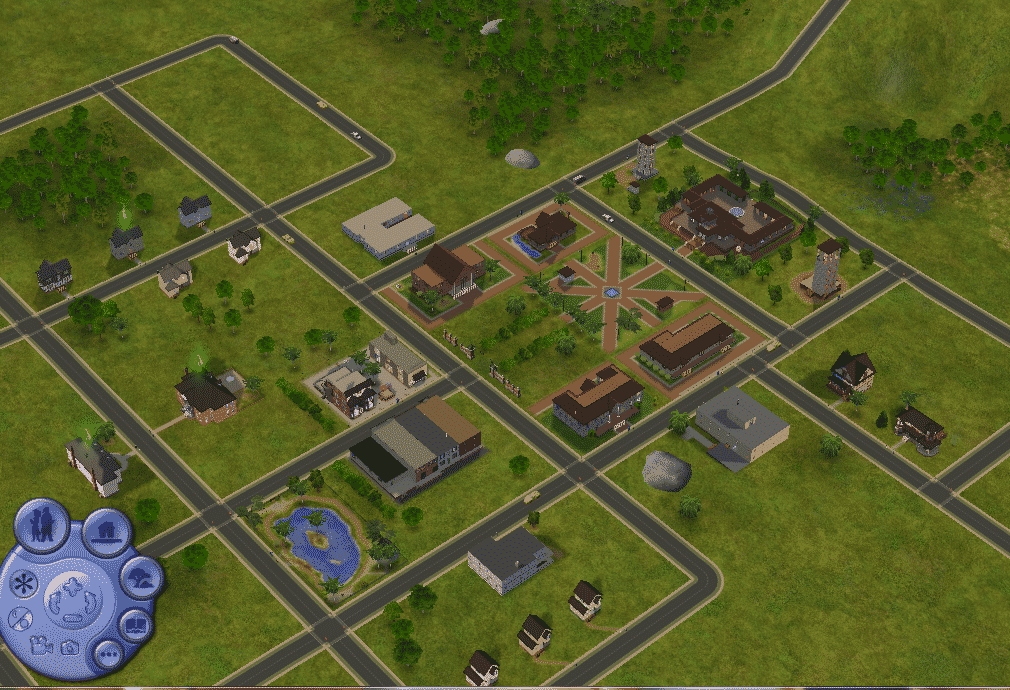 The only difference between the  towns were the asthetics. Each “College Town” gave us the same 11 majors our sims could declare. 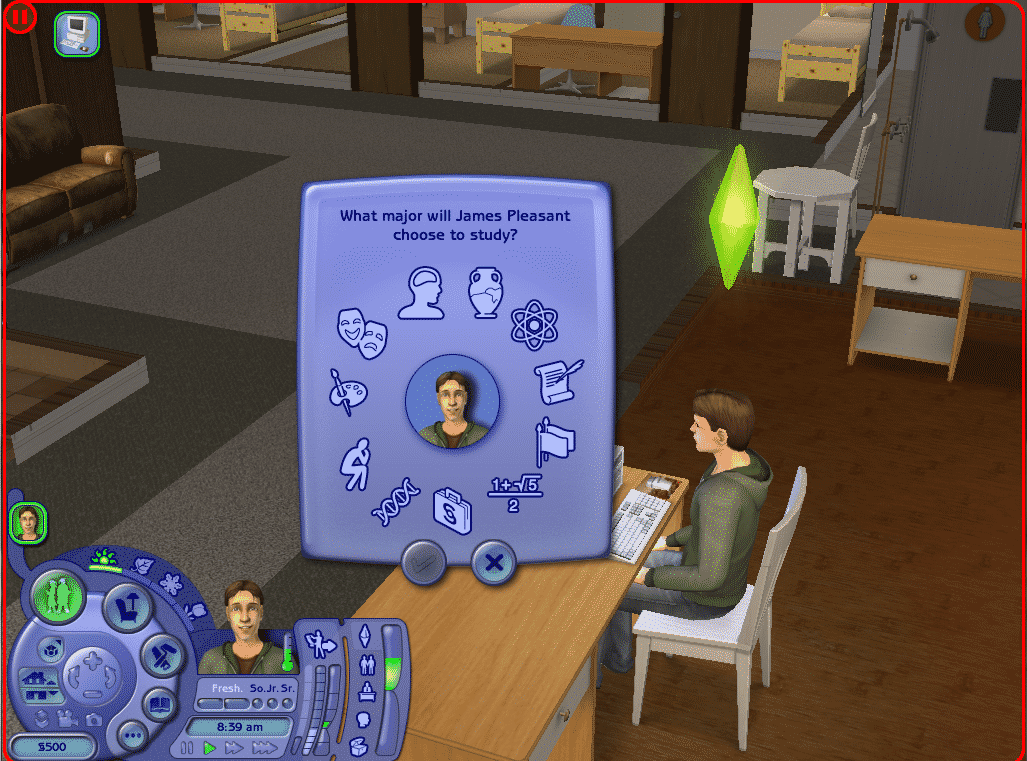 Each one of the already existing careers had a specific major that went along with them. For example, if you wanted your sim to be in the slacker career, you’d have your Sim be a Philosophy Major. If they wanted a career as a scientist, they would have two majors to pick from, Biology or Mathematics

When a sim moves into one of the three college towns, they have one of 3 residences that they can choose from: 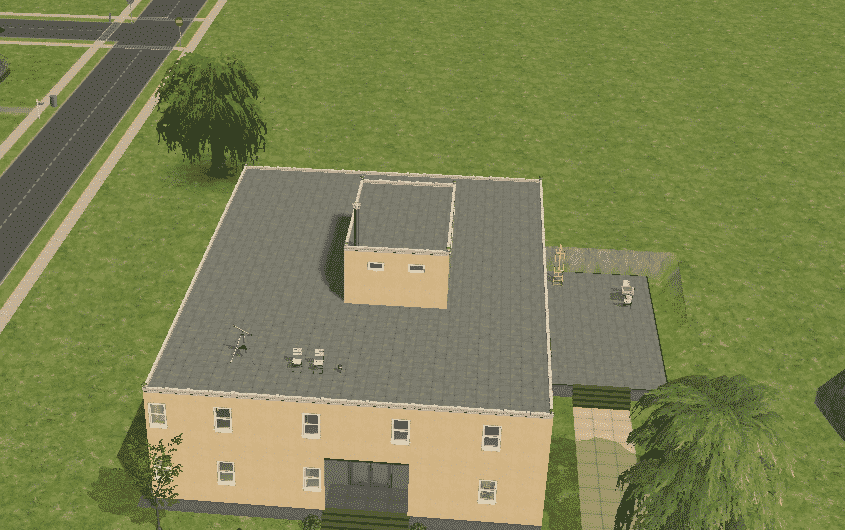 Once your sim moves into one of the three types of residences, they get to declare their major by either the phone or a computer.  Once they declared their major, it was time to begin their college career!

To do well in university, you needed to do certain things to get high grades, such as writing a term paper, attending class, doing assignments and going to the final exam.  If you had good grades by at the end of each semester, the school would offer you a grant for the next semester.  The higher your grades were, the amount of money you would receive would be higher too.

If your Sim failed a semester, they would be put on academic probation. If they failed two consecutive semesters in a row, they would be kicked out of the school, and receive an extra “fear” slot, as a shameful remainder on what happened in their college career.

On a more positive note, if they did well for all 8 semesters, they will graduate with all the Pomp and Circumstance as they deserve. Plus, when they come back home from university, they will have an extra 2 “want ” slots, which brings up their “wants” to six.

University also came with 4 new Career tracks. The catch with these tracks, however, is that only college alumni can go into them. They are:

These also came with brand new career rewards, which including the infamous Cowplant ( Laganaphyllis simnovorii).

Thanks for reading! Next week, I will be taking a trip to downtown, with The Sims 2: Nightlife