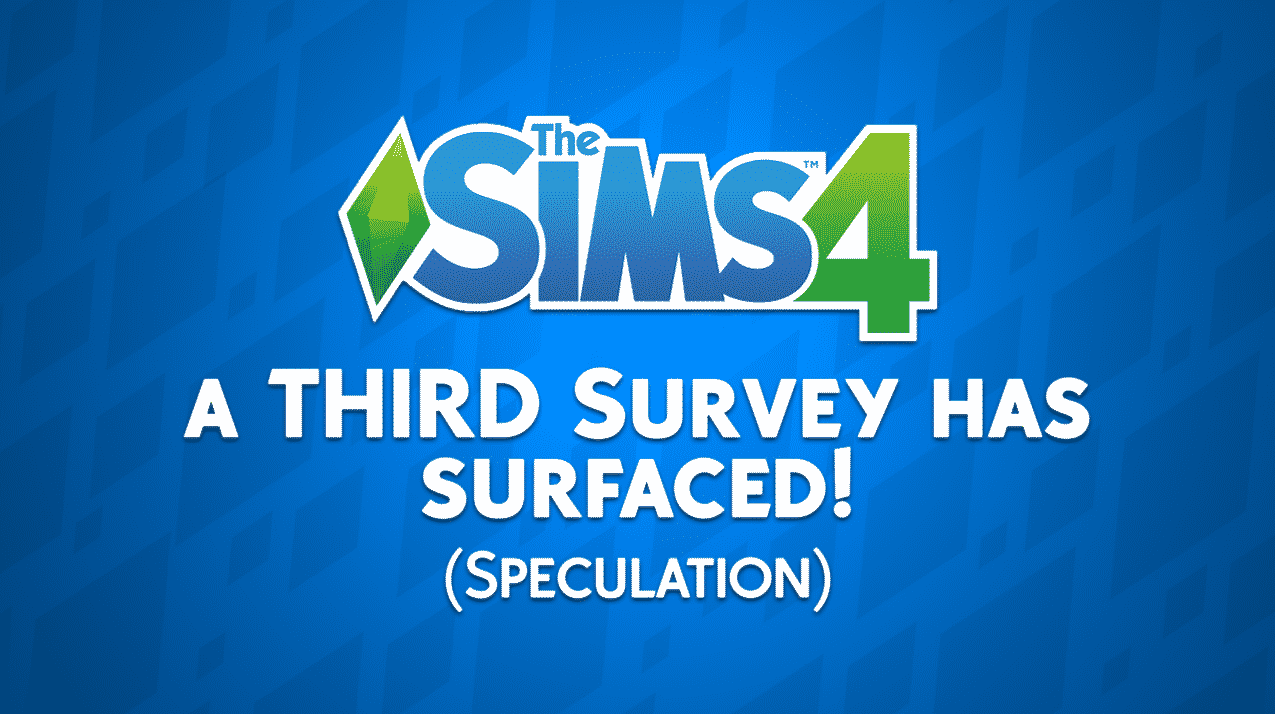 Please note that this post is pure speculation until proven otherwise.

UPDATE: Another Reddit user reports taking this survey. This user also had a University-themed Expansion Pack suggested called “On Campus”: 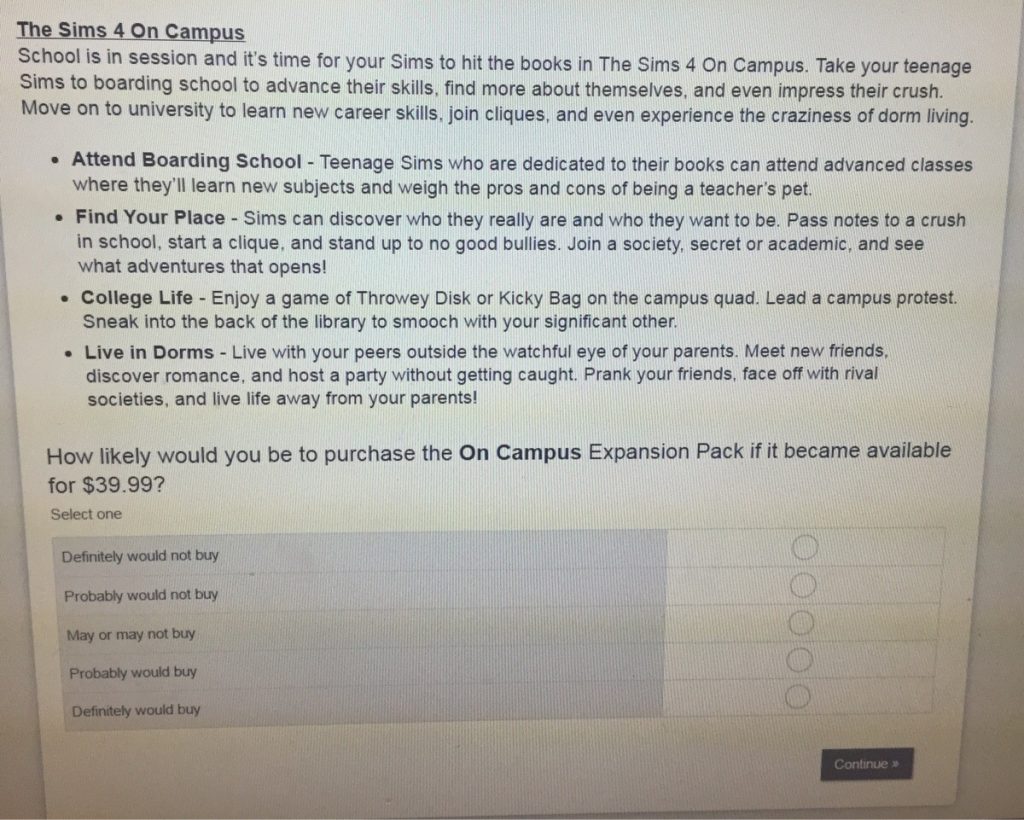 Reddit user Becccaboo has shared screenshots of another survey that has been sent out to some players. This makes it the third survey in the past week. Although some of the content is repeated we see new additions to the survey in the form of Witches and fairies.  Becccaboo took to the comments section to add some context to the post explaining that she receives emails from EA from time to time asking her to complete the surveys.

Check out the 2 other survey that surfaced with different pack suggestions:

To put some context to this, I do surveys online and this turned up in my most recent survey. I had to rate the attractiveness of each point in the pack and how likely I was to buy it and then give my opinion on what I thought on the pack as a whole.

The survey also asked a lot about brands that go with the Sims franchise so I don’t know why they wouldn’t do this.

They did feel like they were more ideas floating around as they asked all about brands and celebrities that you associate with The Sims franchise too. 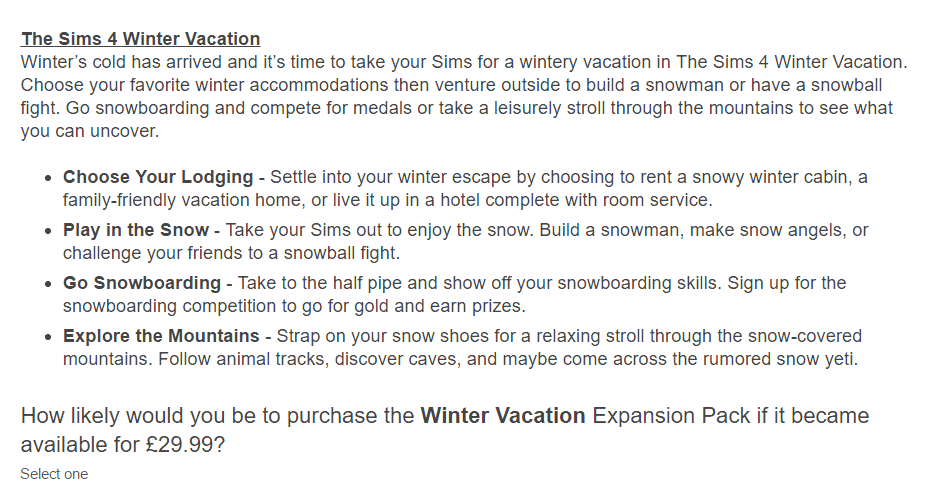