UPDATE: The folks behind this hoax posted the screenshots of “the game”. This is the last update on this project as it’s obviously all photoshop and scam.

You’ve probably heard about Project Vie, a new, promising life-simulation game that was supposed to compete with The Sims in terms of features.

For starters, MadameButterfly warned us a few weeks ago that Project Vie was a growing project by a banned member aimed to do nothing more but troll the community with a fake life-simulation game that would raise our hopes up and give us a new Sims competitor that we’ve been waiting for a while now.

We’re only a few hours from their announcement that should take place at 18:00 GMT. They provided us with some material including logos, game summary and information about the people behind this project. What’s interesting is that, from their “About Us” document, I still don’t know a single thing about anyone from this Project Vie “team”.

Here’s a small excerpt from their game summary, which obviously references to Rick Astley’s “Never Gonna Give You Up” chorus, which is usually used nowadays for trolling on the internet. 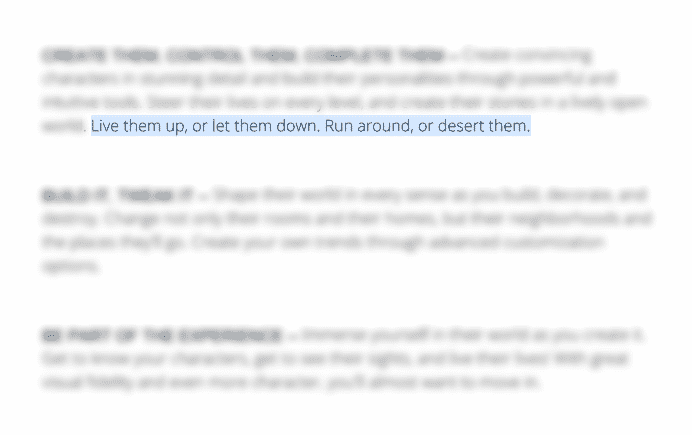 I have nothing to say except add this Tyra Banks GIF: