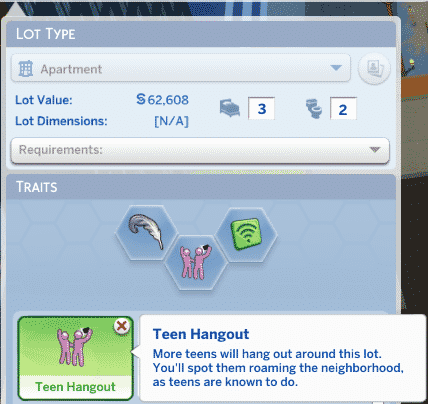 Yesterday SimGuruGraham hinted that a new lot trait would be coming to the game, not in the newly announced Bowling Night Stuff Pack but in today’s free update. 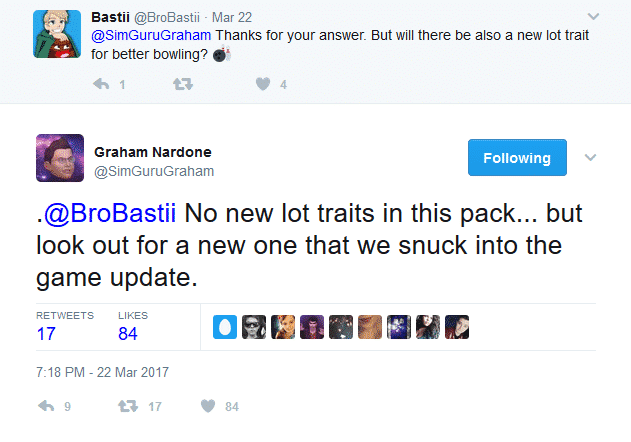 The new lot trait that the team has snuck into the game is the Teen Hangout trait. The trait states that when selected you will find more teen Sims will be roaming around in the neighborhood as you know many teen Sims already do.

Also, an interesting addition that also came with the patch is that teen Sims are able to move out of home now too.

The teen hangout trait is being received positively within the community with many Simmers hoping to see a focus on Teen Sims in the future as well as using the trait to help build teen Sims relationships.

The new trait is a great addition to the wide variety of lot traits the game already has and will surely play a significant part in the Bowling Night Stuff Pack. Let us know what you think about the new Teen Hangout lot trait.