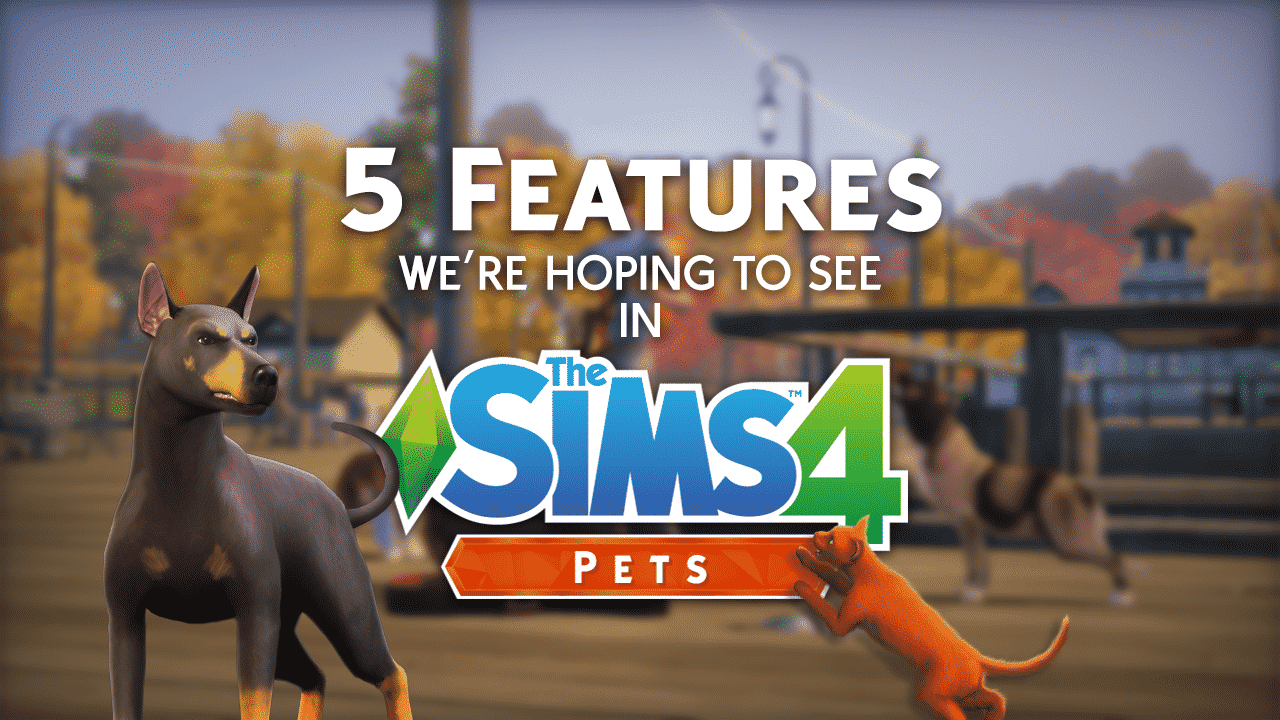 After over a decade of playing the Sims, it’s come to my attention that the Pets expansion has remained one of the most memorable packs.  It all started out with The Sims: Unleashed, which was released all the way back in 2002! Back then, our control over the pets and their diversity was limited.  Fast forward to The Sims 3: Pets, in which we could customize not only cats and dogs, but horses as well!  We’ve gotten some recent clues that a new Pets pack is in the works, and I couldn’t help but wonder what this new expansion might hold for us.  While we wait for the Pets to be officially announced in the (hopefully) near future, here are 5 features we’d love to see revamped in this pack.

Dogs and cats remain the classic pets, but smaller animals have always been a key feature in the Pets expansion.  Rodents, turtles, fish, snakes, lizards and parrots!  Each of these animals brought a diversity of interactions to the Sims’ lives.  It would be amazing to see our Sims build certain skills with their exotic pets, for instance practicing comedy/charisma with parrots, or developing wellness while gazing into a fish tank. 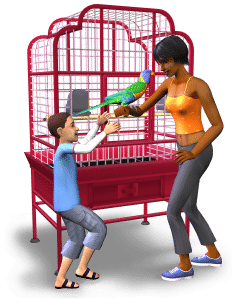 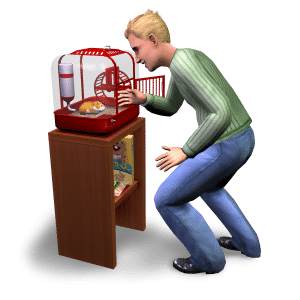 While it is still unclear whether or not building our own pet shops will be an option, I believe that adopting a pet remains one of the more realistic traits to be retained from past expansions.  Picking up a pet who needs a forever home can prove to be a more rewarding challenge than creating your own! 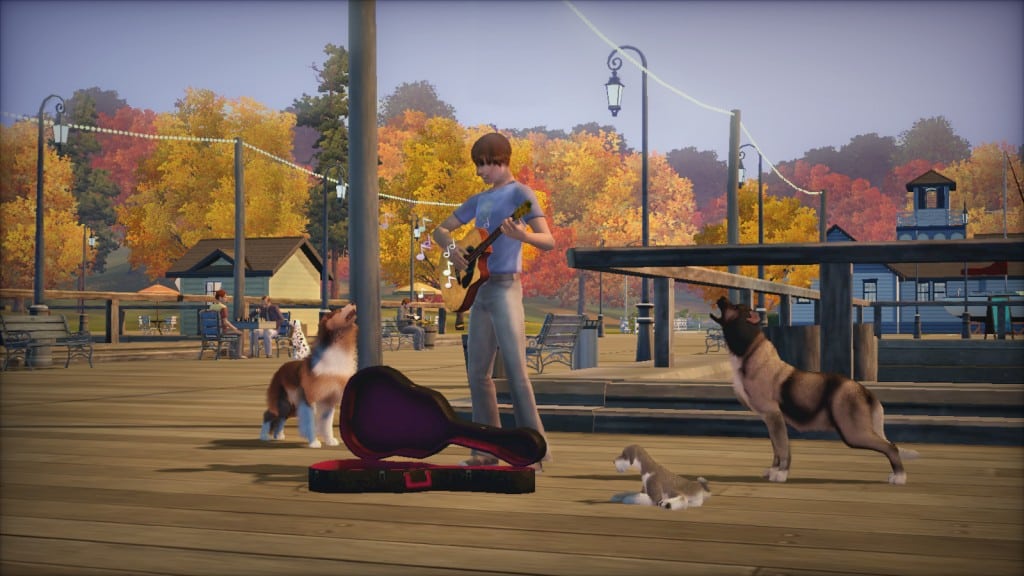 This feature first came out in The Sims 2: Pets.  Sims could choose one of three careers for their pets: Security, Service or Show Biz.  These careers would encourage a good relationship between the Sim and their pet, as they need to learn tricks in order to be promoted.  Considering the Get To Work expansion made it possible for us to accompany our Sim to their workplace, I think it would be interesting to do the same with the pet. 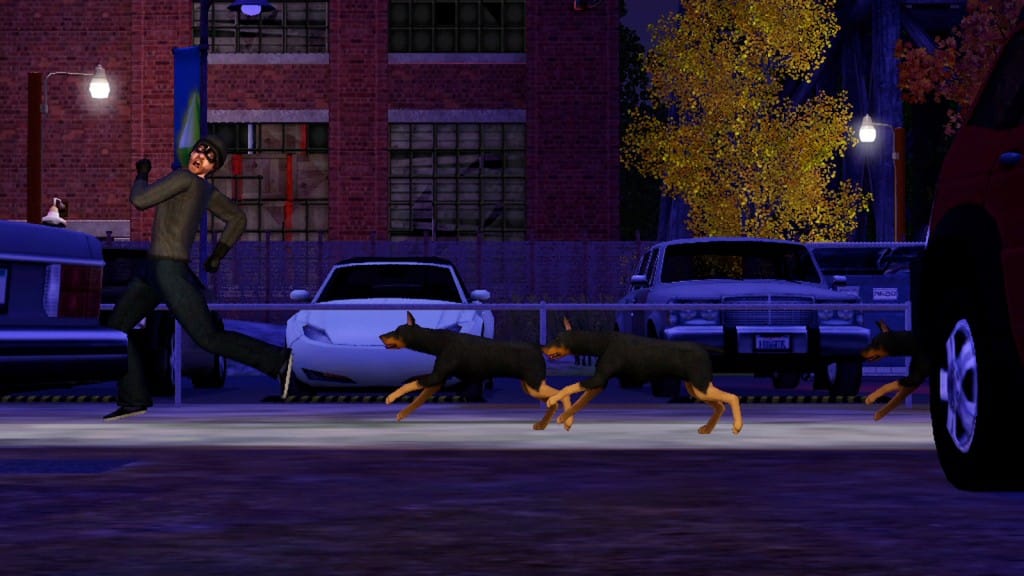 I loved this trait in The Sims 3: Pets, as it also thoughtfully reflected real life.  Your Sim could affect how their pet’s personality developed.  This way, pets’ behaviors mirrored their owner’s personalities, and gameplay was more interesting.  The pets could acquire traits such as piggy, destructive, quiet or loyal. Of course, we could also manage what traits they gained by controlling them directly, but it was still a nice touch and deepened the pets’ personalities. 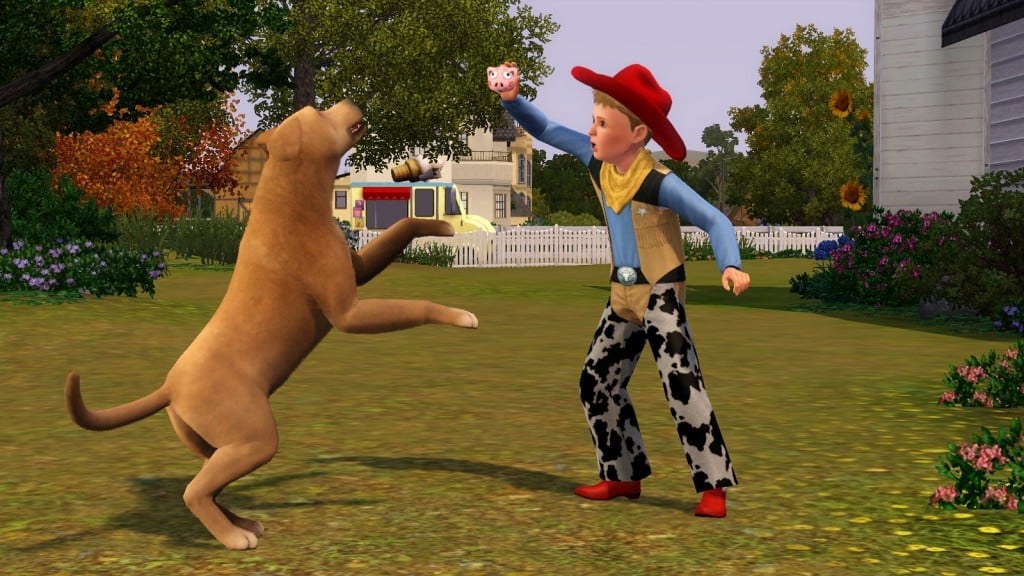 Remember that little raccoon?  Always looking to sift through your trash bin and make a huge mess, that one!  Your pets could even get into scuffles with him before he scampered off into the night time.  El Bandito was a cute feature in the first edition of the Sims.  Generally, I would love to see the return of wild animals within the new Pets expansion.  This would bring the Sims and their environment even closer together!  It would also be interesting for certain wild animals to only be found in specific neighborhoods, or in Granite Falls.

What do you want to see in a new Pets game pack? Let us know in the comments below!

My name is Cassie and I'm originally from France! I live in PA and I mainly freelance as an illustrator. I absolutely love drawing, but my other hobbies include cooking, playing lots of video games and hiking the Appalachian Trail.