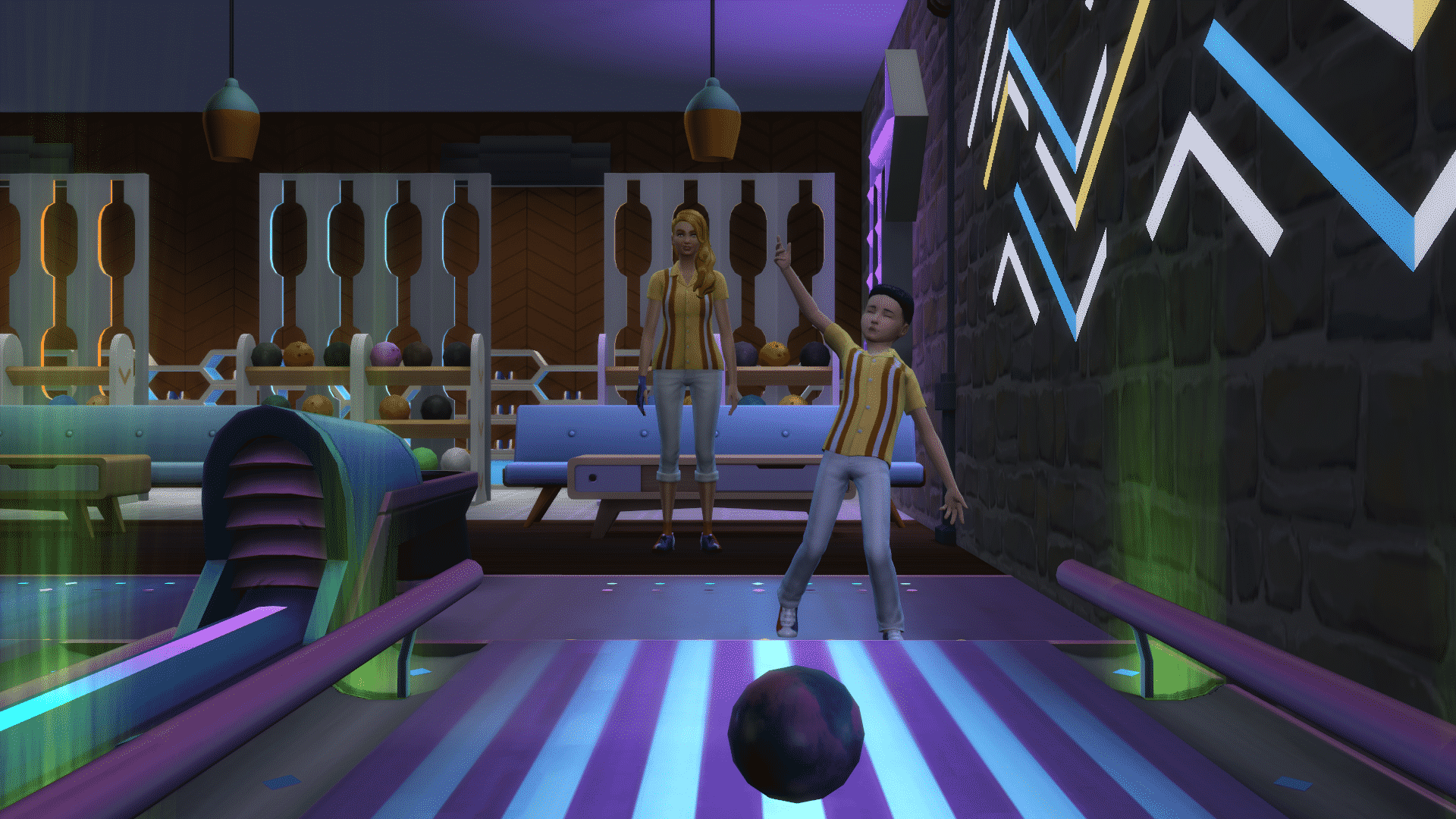 Are you ready to hit your Sim’s local bowling hangout because we sure are as the wait for the next stuff pack for The Sims 4 is finally over!

The Bowling Night Stuff pack was released earlier today and it has been received extremely well by the community but here is what I think about the new stuff pack so far.

There is a good balanced variety of new Create A Sim items for both male and female Sims and of course a few additions for child Sims. The Sims team went for a rockabilly feel for the CAS in this pack. It doesn’t feel unbalanced against the rest of the game either when compared against build/buy objects. I must add that there are some of my favourite CAS items in this pack not just for female Sims but CAS as a whole. 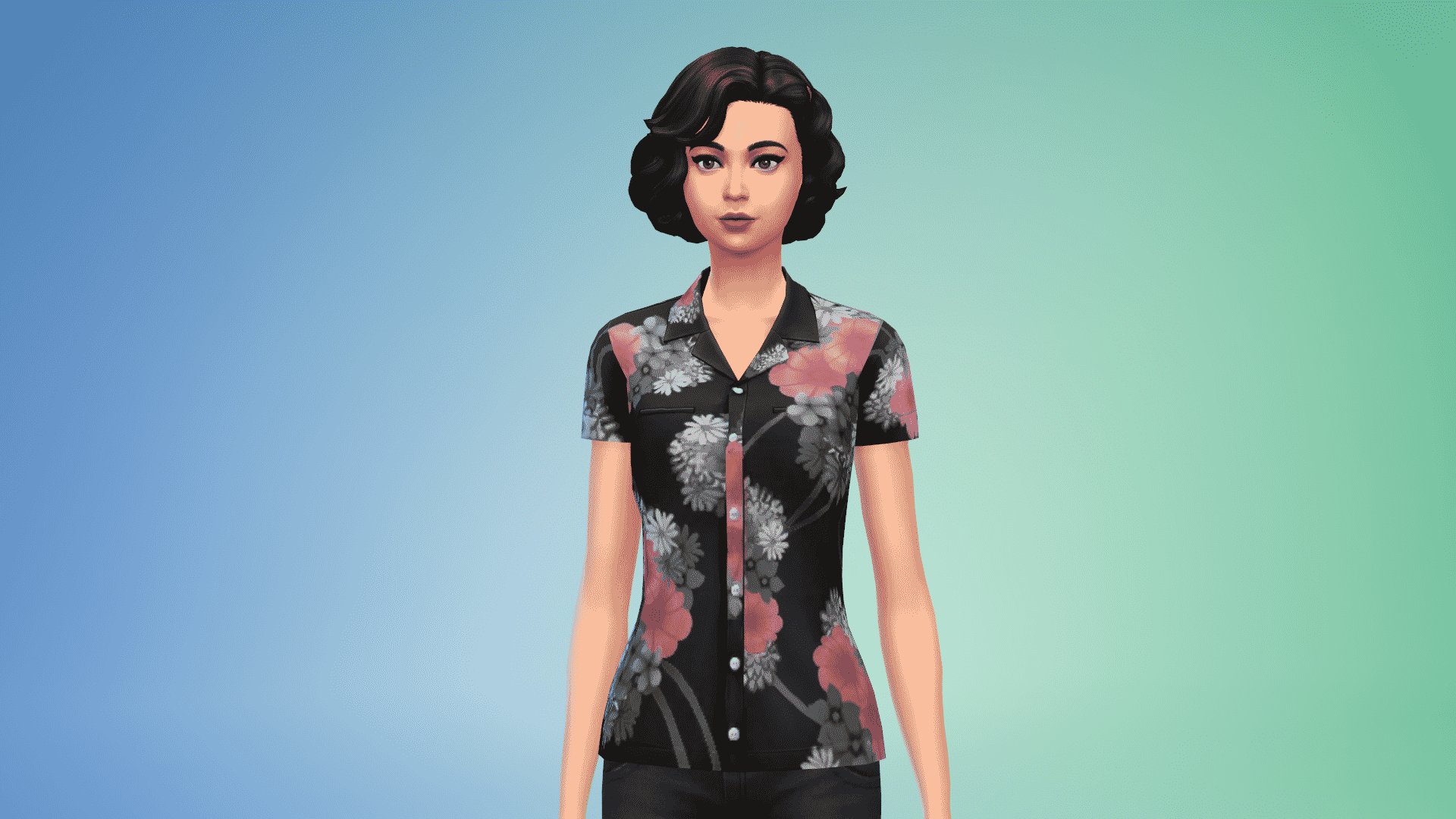 Full of new chairs, tables, decorative items and of course bowling hangout essentials ranging from the alleys themselves to memorabilia displays and trophy cabinets there is plenty of items here that will bring your bowling hangout to life. Not only that I feel that many of the items will also work well with existing packs like City Living and Get Together.

Continuing with build/buy mode there are two new pre-styled rooms which are full of colour just like you would expect from an actual bowling alley. My first mission is to try and create my local Bowling Alley on a small scale in game! 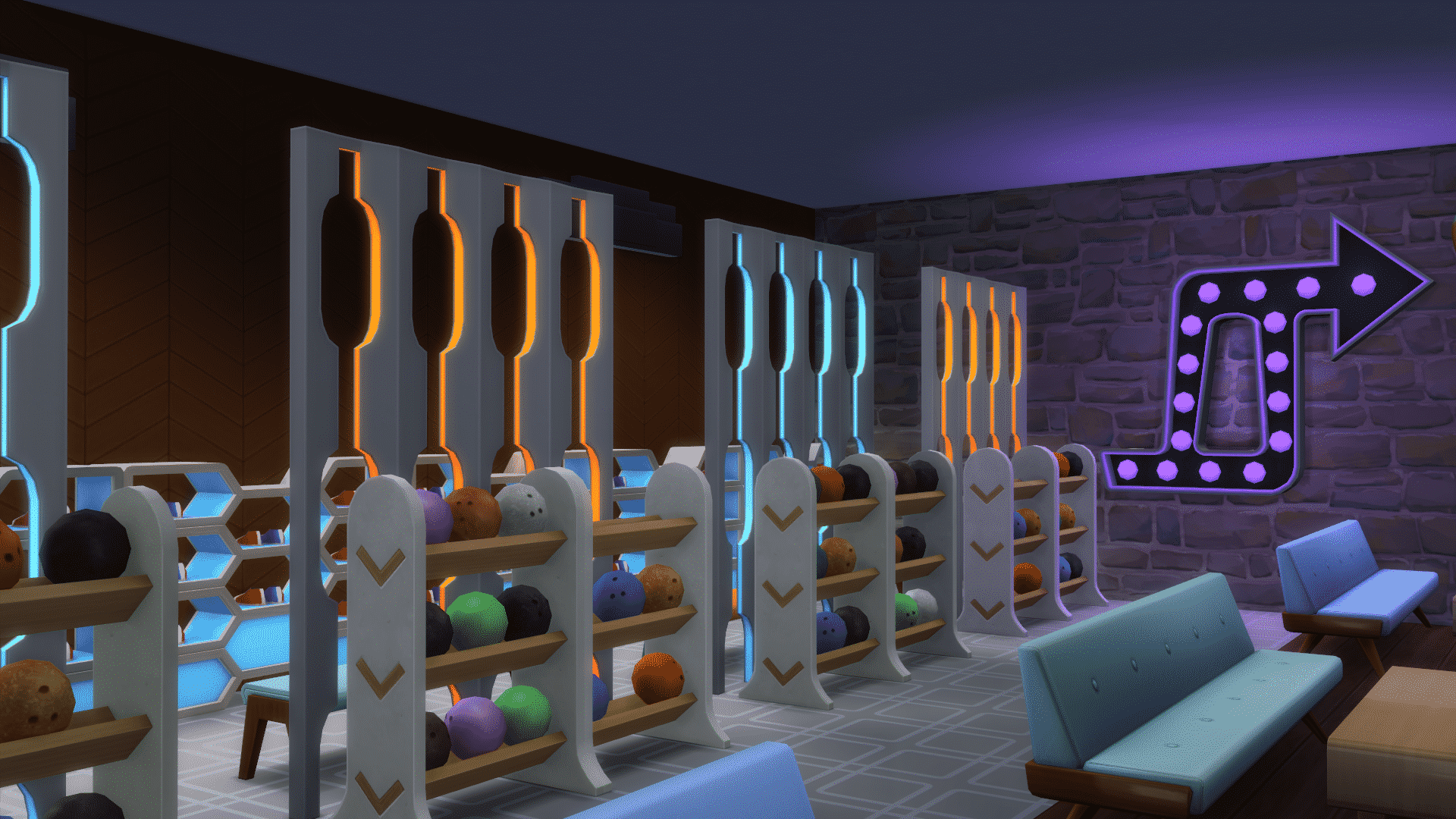 The pack comes with the new bowling skill which both child and adult Sims can build up to a maximum level of five. Of course along the way many Sims will overcome bowling fails, feel frustration as well as excitement as they become better bowlers. The animations that The Sims Team have created to help show these emotions is a lovely touch. I especially love the new little celebration dance that Sims do from time to time. With every level your Sim has a chance to unlock a new bowling ball.

Moonlight Bowling I must say I love as well. It really does remind me of my local bowling alley every time I visit there. Another detail I thought was a great touch was the bumpers coming up for child Sims.

In the game library is a pre-built bowling hangout that you can drop straight into your game. This is the same build that the SimGuru’s showcased in the Bowling Night Twitch stream last week. Also if you search MaxisCreator_01 in the gallery you will find the Bowl More Alley and the Rockin’ Rollers Household both of which you can add to your game.

For fans of the original The Sims games you may recognize a handful of the tracks played. They are none other than some of The Sims House Party tracks from the disco radio station!

Although I was very unsure about this pack when it was originally announced I do really like this pack so far and what it brings to the game. In all honesty I think it’s a great addition to the game. For me this pack brings back some memories of The Sims 2 and The Sims 3 and not just in regards of gameplay.

Bowling Night Stuff also opens up more ideas and possibilities for builds both community and residential lots and I feel the pack integrates with other existing packs like City Living and Get Together which I mentioned earlier.

It will be interesting to see what The Sims team have in store for the game next. A new quarterly trailer is due to be released soon with many fans hoping to see Pets or Seasons make an appearance in some form in that trailer.

The Sims 4 Bowling Night Stuff Pack is available now for purchase from Origin.