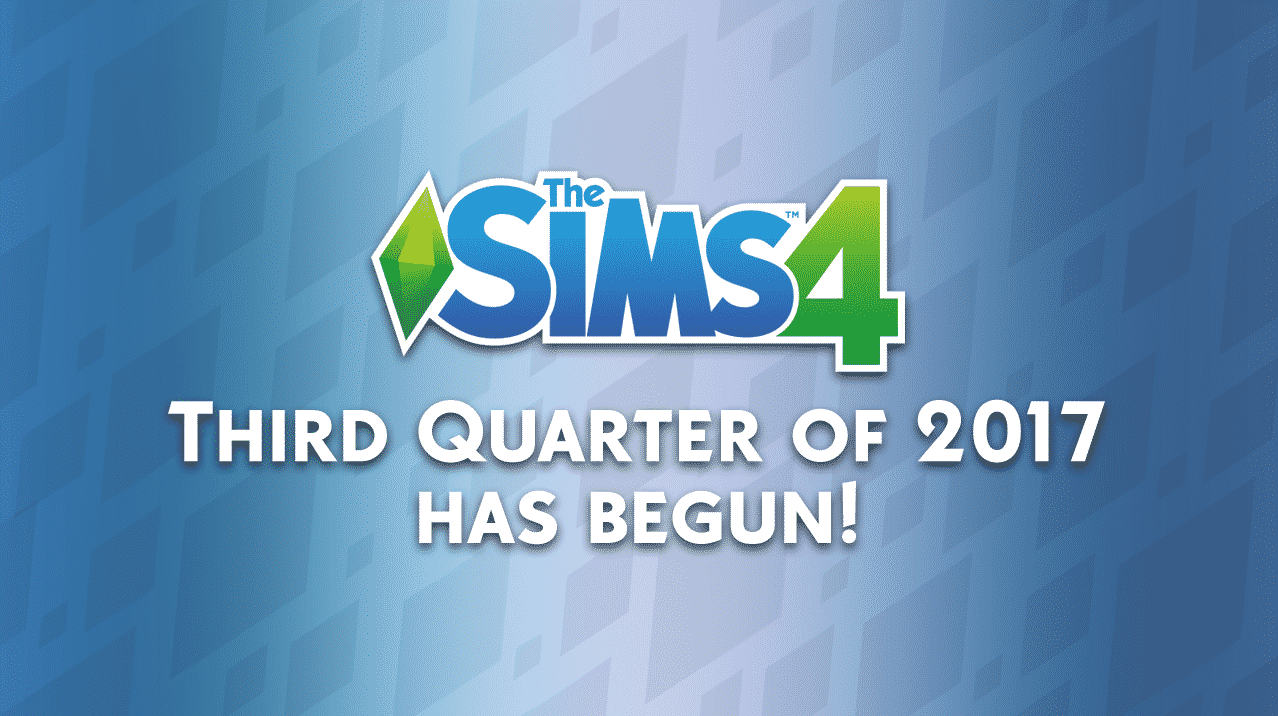 It’s July, which means that the second quarter of 2017 is behind us. Before we dig deeper into what we can expect in the next quarter, here’s a look of all the content that was released in the last 3 months:

There was also an announcement of The Sims Mobile in May which yet has to be released worldwide.

It was a decent quarter that brought a family-themed game pack that we’ve been expecting for so long. However, still not even a sight to an announcement of The Sims 4 Pets whose information started leaking since January. We do have a few leaks saying that this Expansion Pack is listed for a November release so it’s very much possible that we won’t be seeing a teaser for Pets in the upcoming quarterly teaser.

You can expect a new quarterly teaser for The Sims 4 starting today, which should showcase content that’s releasing between July and September of 2017. Let’s hope The Sims Team still plans to continue their plans for an amazing year.

What do you expect from this quarterly teaser? Let us know in the comments!