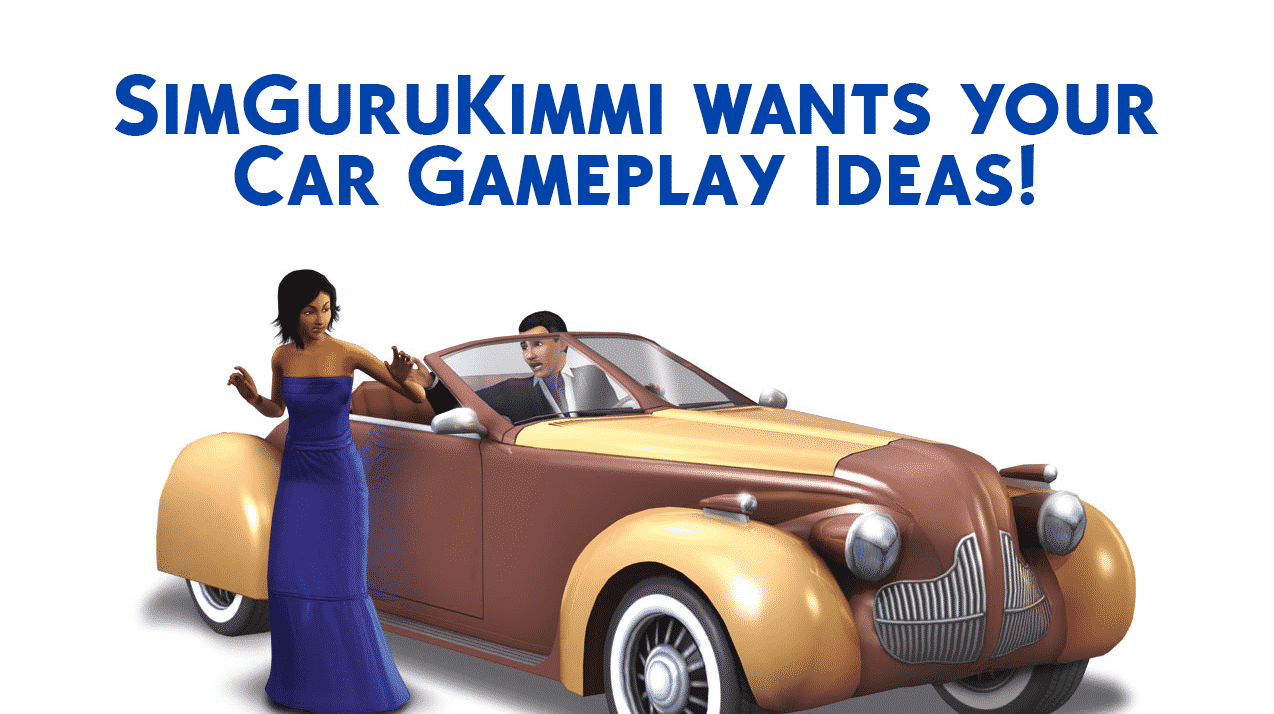 UPDATE: SimGuruKimmi added a new tweet saying that her tweet asking for car gameplay feedback was nothing more but her curiosity as a simmer:

Thanks everyone for sharing your ideas about cars. I asked purely out of my own curiosity as a Sims fan and you guys really delivered! 😊

Cars are something that Simmers wanted to see in The Sims 4 since its release, and now it’s your chance to help that happen!

SimGuruKimmi asked on twitter for your feedback related to how would you like to see cars be implemented into the game.

I am curious how would you like to implement car gameplay into the game?

As you probably know, The Sims 4 only has “visual decor cars” that appear in neighborhoods. There is no option to own a car and a garage like in The Sims 2 or The Sims 3. This is your perfect chance to be heard and let SimGurus know about your car gameplay ideas.

You can reply to this tweet and post your feedback to The Sims Forums (there’s already a petition for cars!).