For this spotlight we interviewed Frimlin, a passionate Sims 4 builder with a dedicated YouTube channel to speed builds!

Though I built for myself in previous versions of The Sims, I didn’t really start sharing my builds with the community until The Sims 4. Building and sharing my creations really reminds me of both my time being a mod creator and also all the years I spent as a game designer. It’s great for me to be able to express my creativity while also making other people happy at the same time.

Lots of things! But often I simply want to make a build that showcases the items and gameplay from a new pack. So in this case I am often inspired simply by the theme or style of the pack. Over time I’ve also started to make stuff requested by my in-game gallery followers, or meet the requests of votes in the Twitter polls I run every now and then.

But really, life is full of inspiration. Sometimes my designs are just from memory – a house or building I have seen sometime in the past. Other times I’ve found a cool photo of a building online and it makes me itch in a way that can only be scratched by building something similar to it.  Even if the result doesn’t look at all like it, it still had a role in inspiring me.

That totally depends on the size of the building. So for example, starter homes – one of the things my in-game followers know me for – can take literally only minutes to make. They’re on a very restricted budget, so you simply don’t have enough space or money to be able to spend a long time on them! I especially enjoy making a starter home right after making a big build. It’s just such a relief not to spend many hours on something that can still look great and fill a useful gameplay purpose for my followers.

But some builds – like the various City Living penthouses I’ve made – have taken many hours. Then on top of that there’s always play testing time! It’s important for me that all the stuff I make has been tested and that gameplay comes first – I’d say that was a signature quality of my builds. I find it intensely horrifying when I find flaws in builds I’ve downloaded from the gallery, so I do my utmost to ensure my followers only get well-tested builds that will play well. It’s very rare I miss something! But the other day I did leave a kitchen sink out of a build. I was horrified. It’s going to take me some time to recover from that, haha!

Which builds are you most proud of?

Aww, I love all my builds like children – don’t make me choose! Oh, you insist? Okay, then! A recent favourite was my attempt to bring Varg’s Tavern from The Sims 3: Supernatural into The Sims 4. I loved that bar and still like visiting this new interpretation of it.

Channelling the vibe of Varg’s Tavern from Sims 3: Supernatural.

Is there any build style that you prefer?

Too many lovely styles to pick just one! Hmm… I loved building Tudor-inspired homes with Get Together decorative items, but also loved the art deco style I was inspired to build with using the Vintage Glamour stuff pack items. Then don’t get me started on Vampires game pack stuff – I made quite a lot with those items and would still be making them now if new packs hadn’t come along!

I guess though, despite this, what I really do prefer are builds where the designer has spent time thinking about gameplay and not just making something eye-catching. I see a lot of eye-catching or showy builds from other YouTubers – all beautiful and displaying their creator’s artistic skill – but with gameplay flaws that make me – as an experienced game designer – cry inside.  So I’d say it can visually be any style, as long as it plays well with the way Sims move and interact in the game. That’s both what I like to play with and what I aim to create.

Just one? Honestly, that’s tough, especially since I usually only focus on a pack or two at most when building – I have learned not to consider anything as essential. If the base game was a pack, I’d choose that!

I guess I just have to say that I really don’t think any of the packs are strictly essential, as I’ve become so flexible with building that I can easily skip using any pack item. If I had to choose, I’d probably pick either Get Together and its beautiful old world Tudor stuff, or City Living and its colourful modern furniture and decorations. But I also really love the building stuff introduced in the Vampires game pack. Whoa, I want to go back to it and build something new with it right now!

Though I make a lot of starter homes, here’s a selection of other – bigger – types of lots I’ve made and liked:

An art deco restaurant filled to the brim with Vintage Glamour stuff.

Built before I did speed builds, this efficiently-designed hospital also looks great! Recommended because I think it was underappreciated.

A beautiful luxury home made with Vampires game pack.

As of writing, this is my latest build. A family apartment filled with mostly Parenthood items. 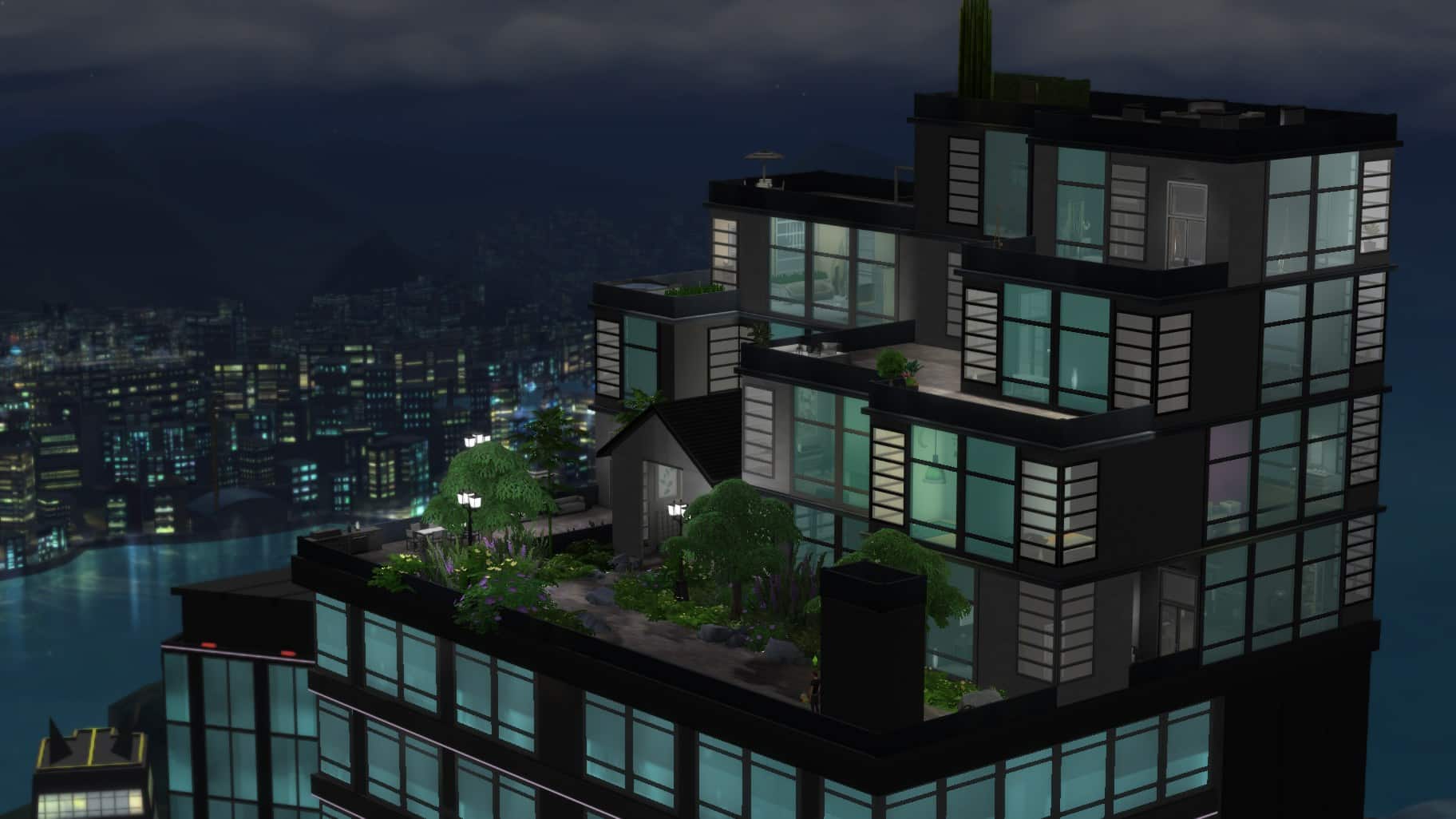 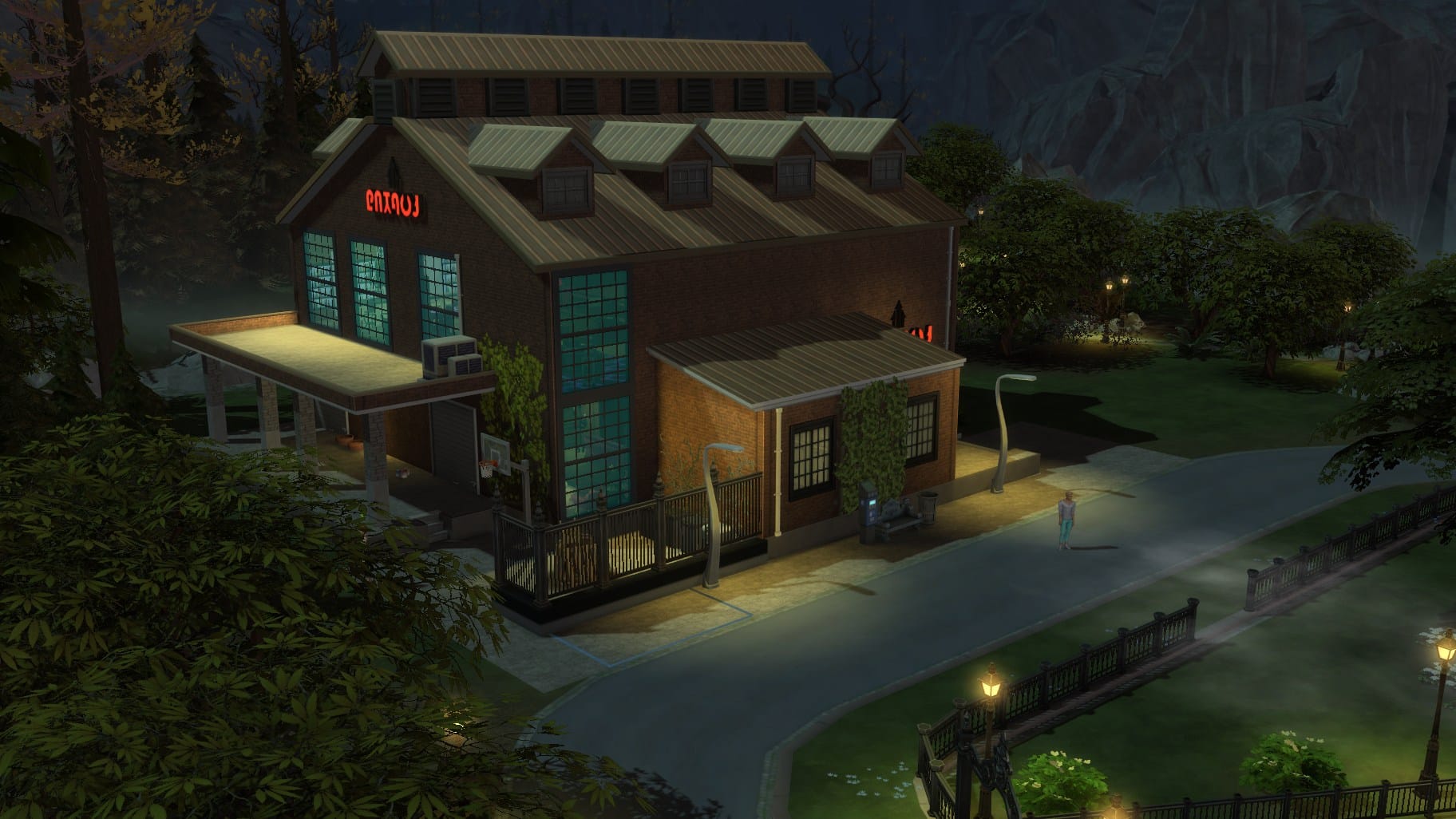 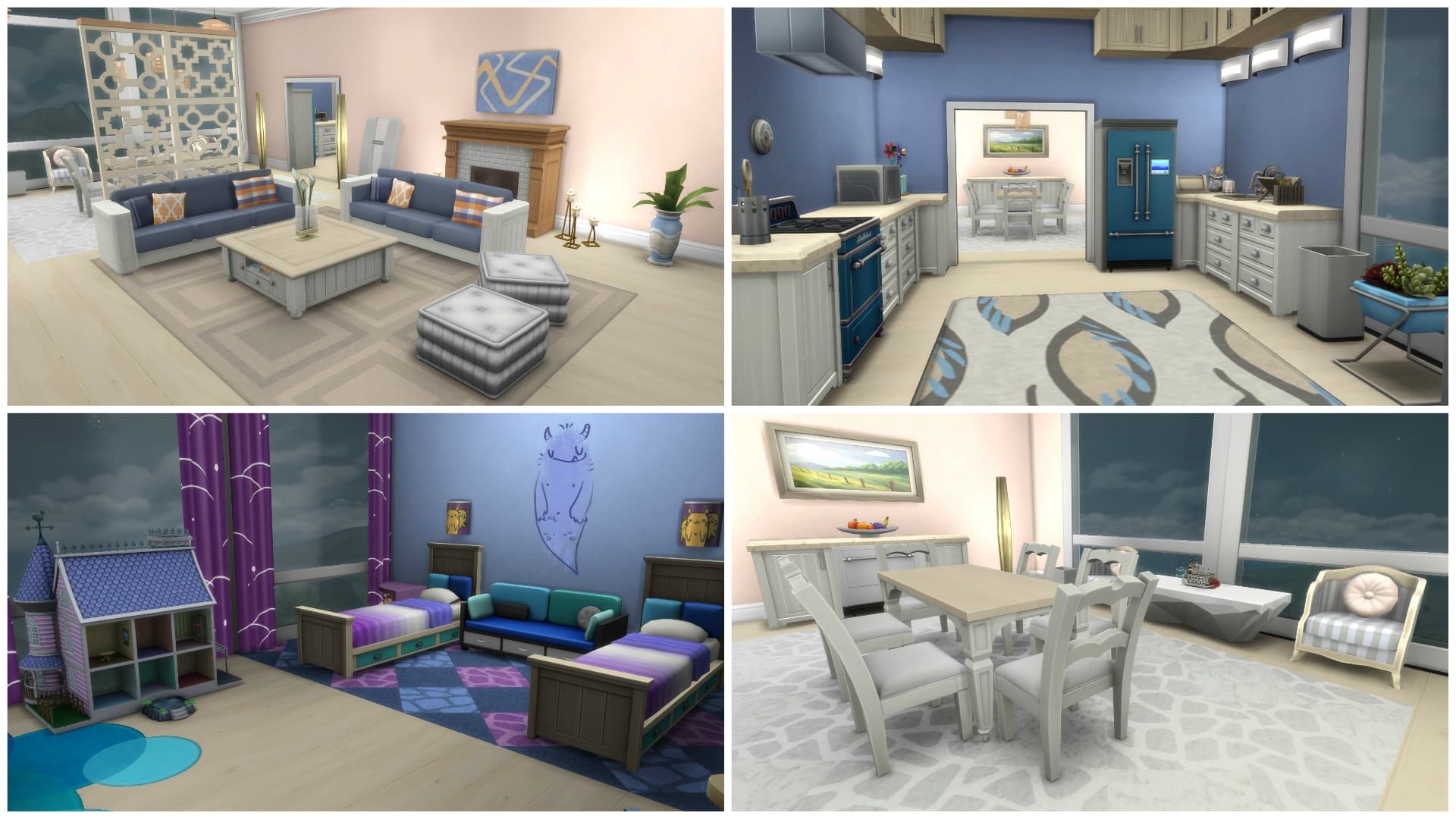 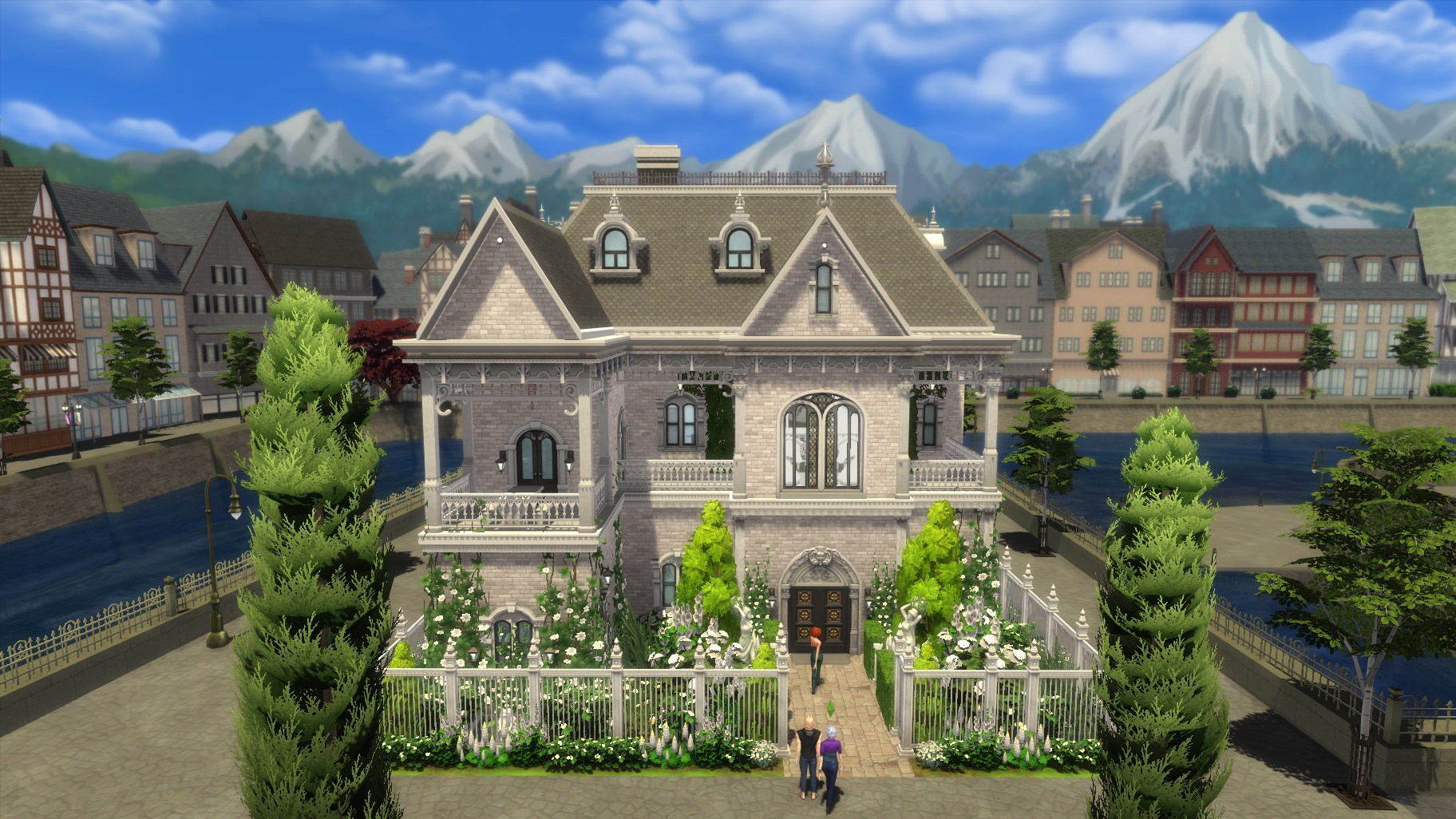 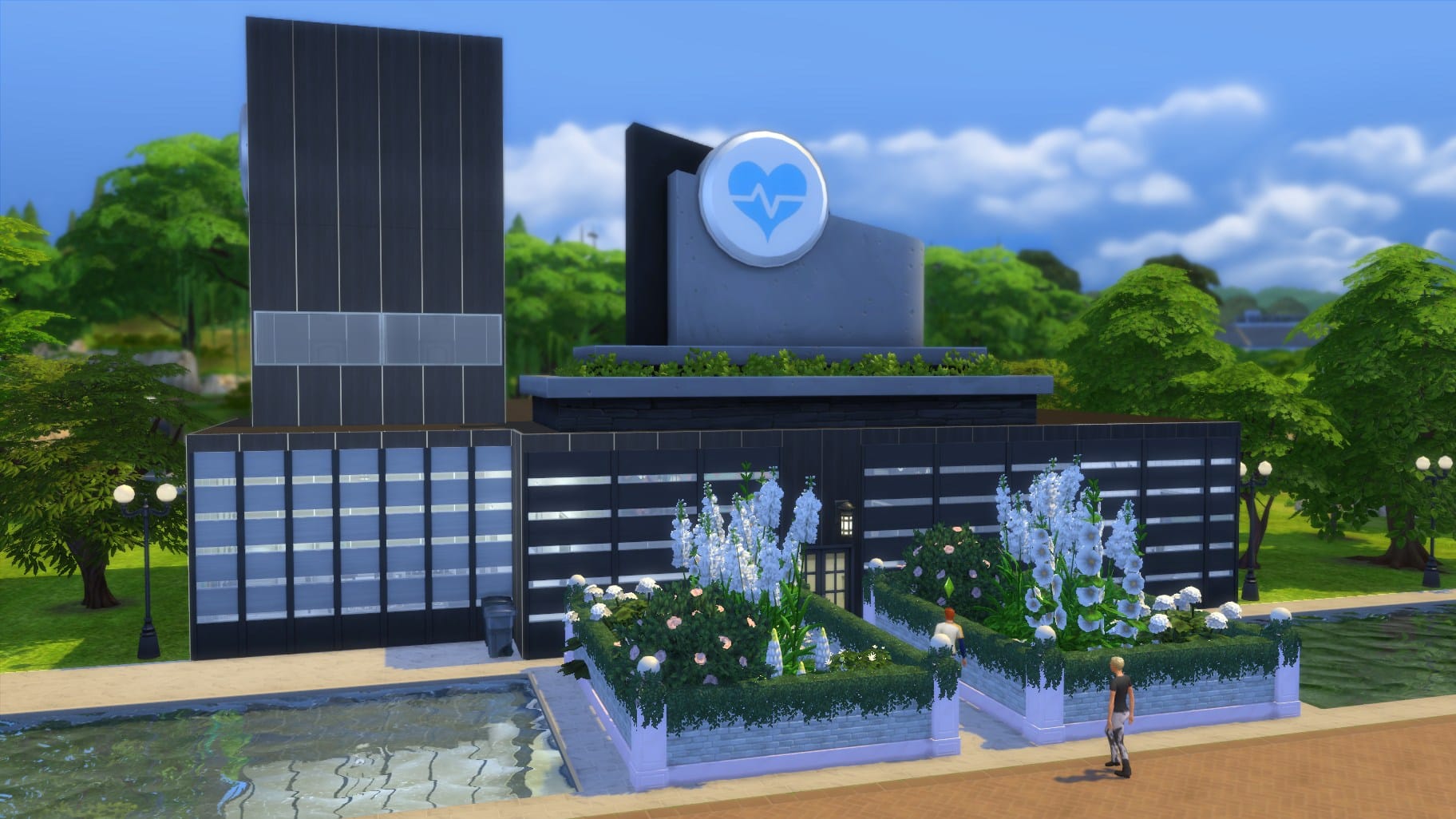 You can find Frimlin on these sites: