I was given an awesome opportunity by EA to attend Sims Camp 2017 at Electronic Arts in Redwood Shores, California. As an international traveller I was able to arrive to San Francisco 1 day earlier from other attendees in the United States, meaning that I started travelling on September 4th at 6:15AM CET and arrived September 4th at around 1PM PT time. The trip lasted for about 14-15 hours including a small layover in Frankfurt, Germany. That airport was so big that I had to constantly speed-walk for about 30 minutes!

The 11-hour trip that started in Frankfurt and ended in San Francisco is probably one of the worst experiences in my life. Not because of the turbulence or being frightened by heights because I’ve all experienced it before. It was the fact that I was in the middle seat and that I had to get out of it every 1-2 hours because the person sitting next to me was drinking a lot of coffee. It’s like she was doing that on purpose!

I had a full overview of my flight on the screen in front of me. I tried watching some of the movies that they were offering but they all just sucked. The only good thing there was is Shrek… 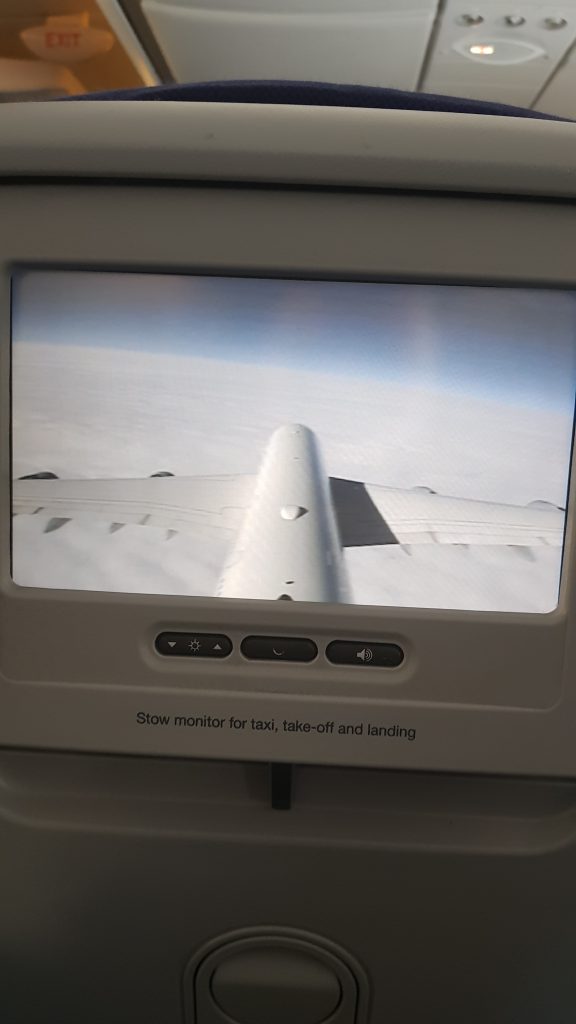 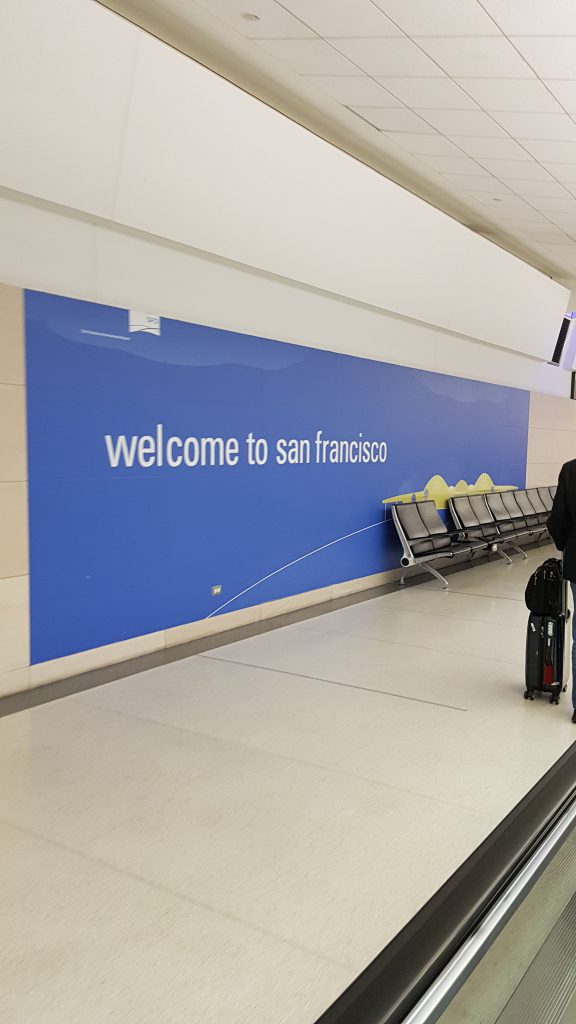 While waiting for the short customs interview I noticed that a guy in front of me had a “Dragon Age: Inquisition” bag on his back. I’ve only heard with few people that were coming to the event but considering the event covered more than just 1 game I thought they would invite plenty of people this time around, and I was not mistaken!

Anywho, I was not shy to talk to the person in front of me. I tapped his shoulder and asked “Excuse me but do you possibly have any relations with EA games?”. He smiled and said: “Nope, I’m just here on “vacation” “.It was really impossible to believe that considering I immediately recognized him – it was Michael from SimTimes.de!

Considering that my Uber app was not working properly and that we just couldn’t wait any longer for the hotel shuttle to arrive we took a cab to the Hotel Pullman where we would be staying for the next 5 days.

I was really excited to meet everyone so I didn’t even manage to fully pack my things out and relax. In just about 20 minutes I managed to take a shower and change my clothes.

Downstairs at the lobby I met up with the administrator of Fezet.fr, Sims-Online, ZockerMimi and Michael from SimTimes. We just couldn’t wait any longer and decided to take a quick trip around Redwood Shores and take a few photos with the Electronic Arts sign.

Interesting fact: if you ever find yourself in an opportunity to visit EA you’ll need to carefully watch your steps – there’s a LOT of duck poop on sidewalks. 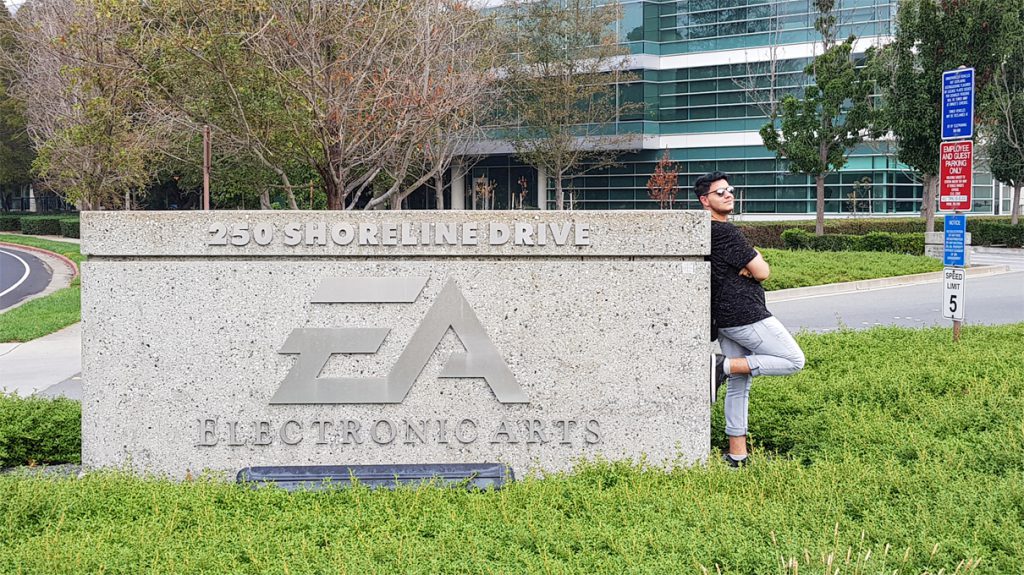 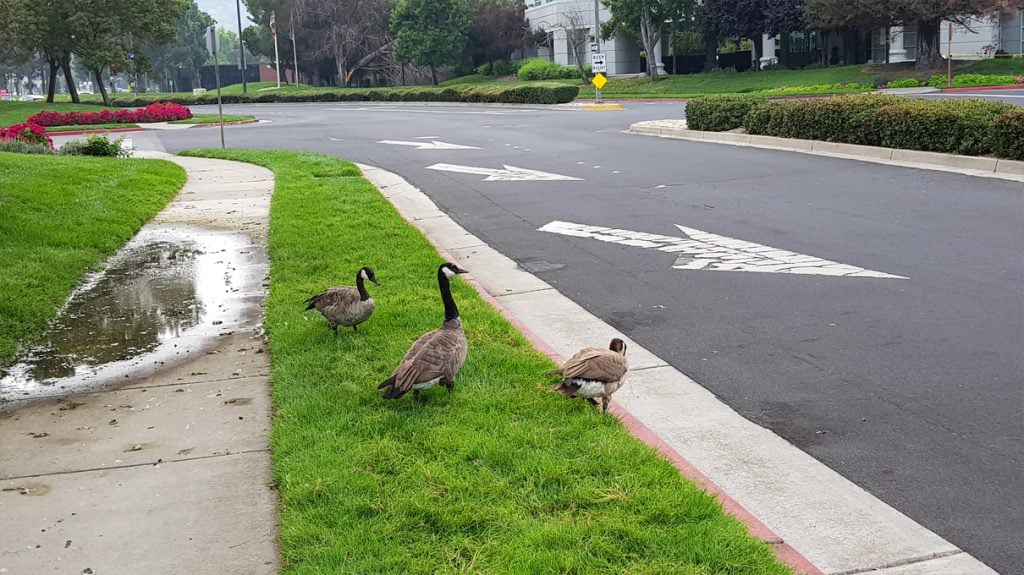 Considering Michael has already been to San Francisco for like 4 times already we decided to put him “in charge” for the day and take us through San Francisco (that was the worst decision we ever made).

We took a hotel shuttle to the airport and from there took a train at San Francisco’s BART station. We had to wait for 10-15 stops (not sure how many because I couldn’t pay close attention from the loud train) in order to finally arrive to the Union Square.

We had a lot to see in the downtown area of San Francisco. The trams, Union Square, Grace Cathedral, San Francisco’s Chinatown, Transamerica Pyramid, the Ferry Building Marketplace, Oakland Bay Bridge and the AT&T Park. There were a plenty of other areas we visited as well on our way to these destinations. 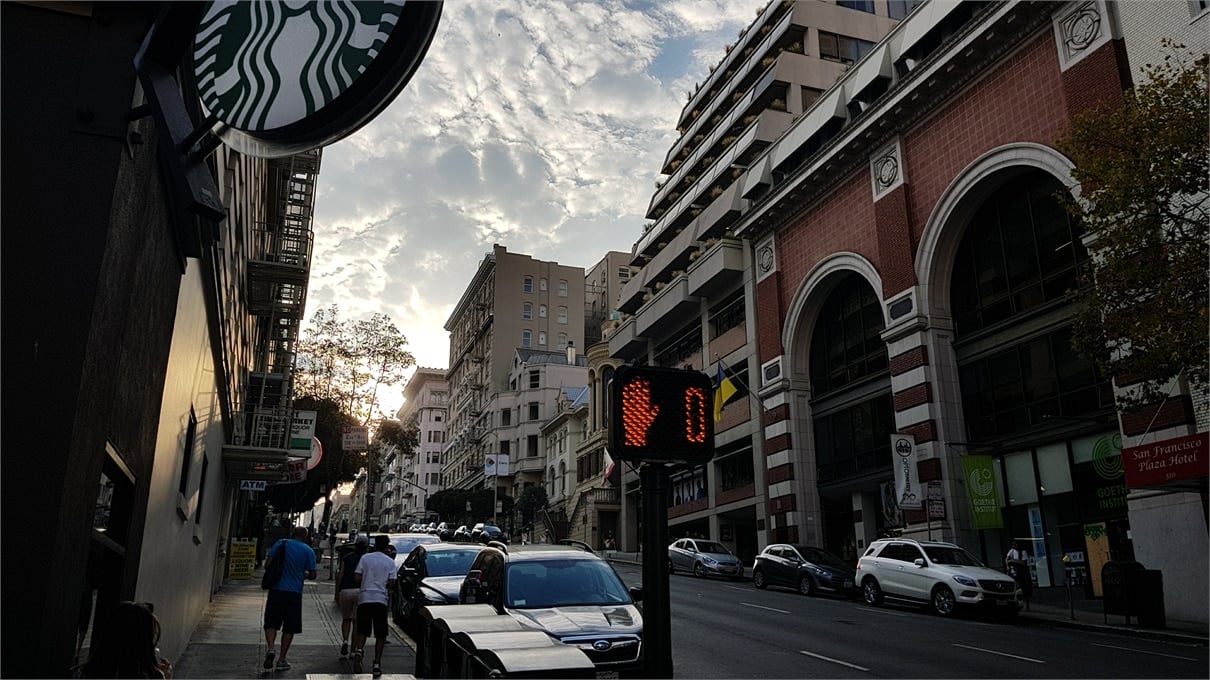 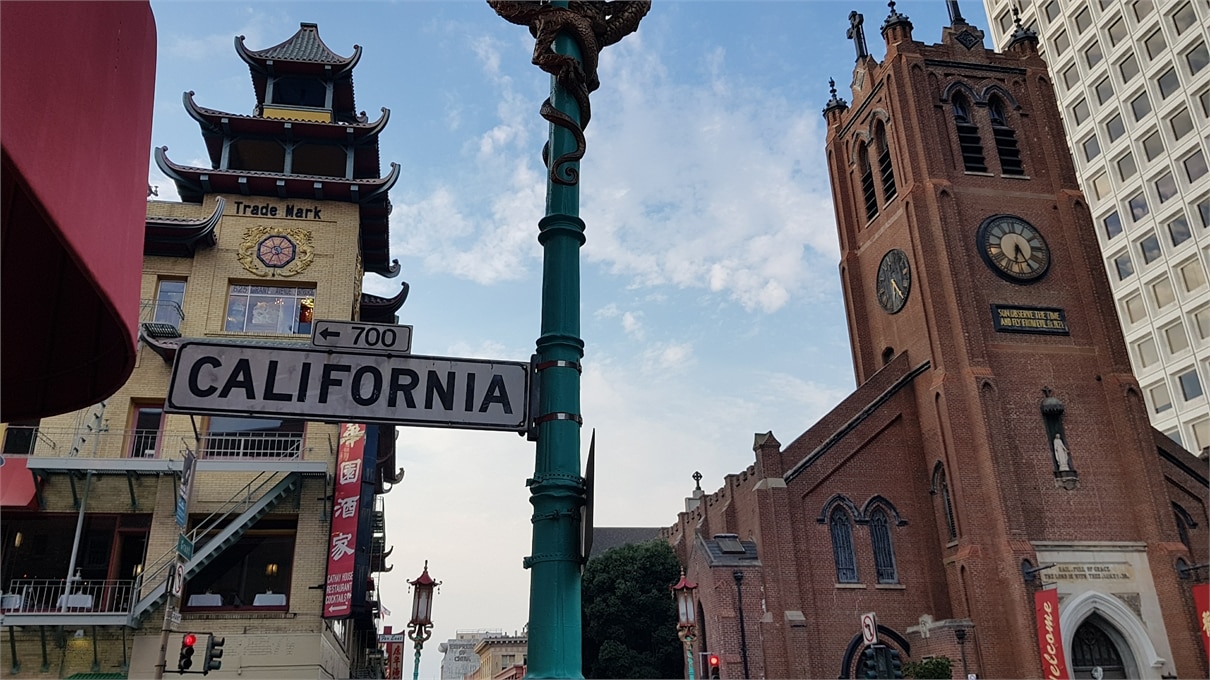 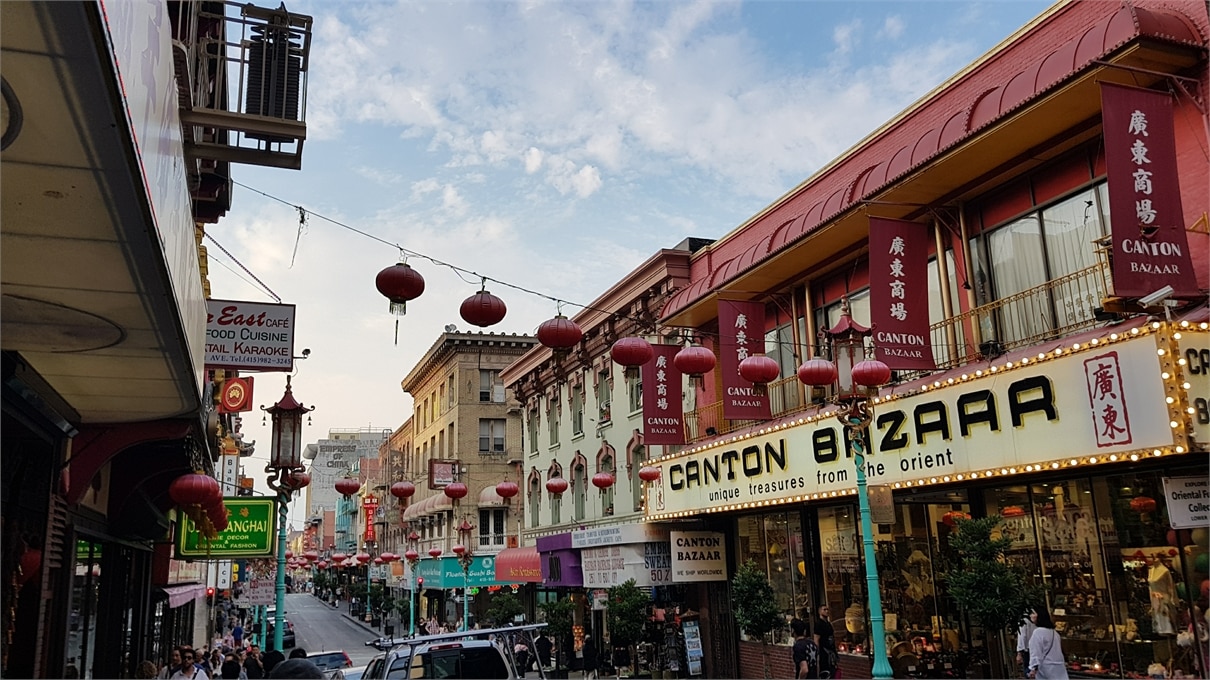 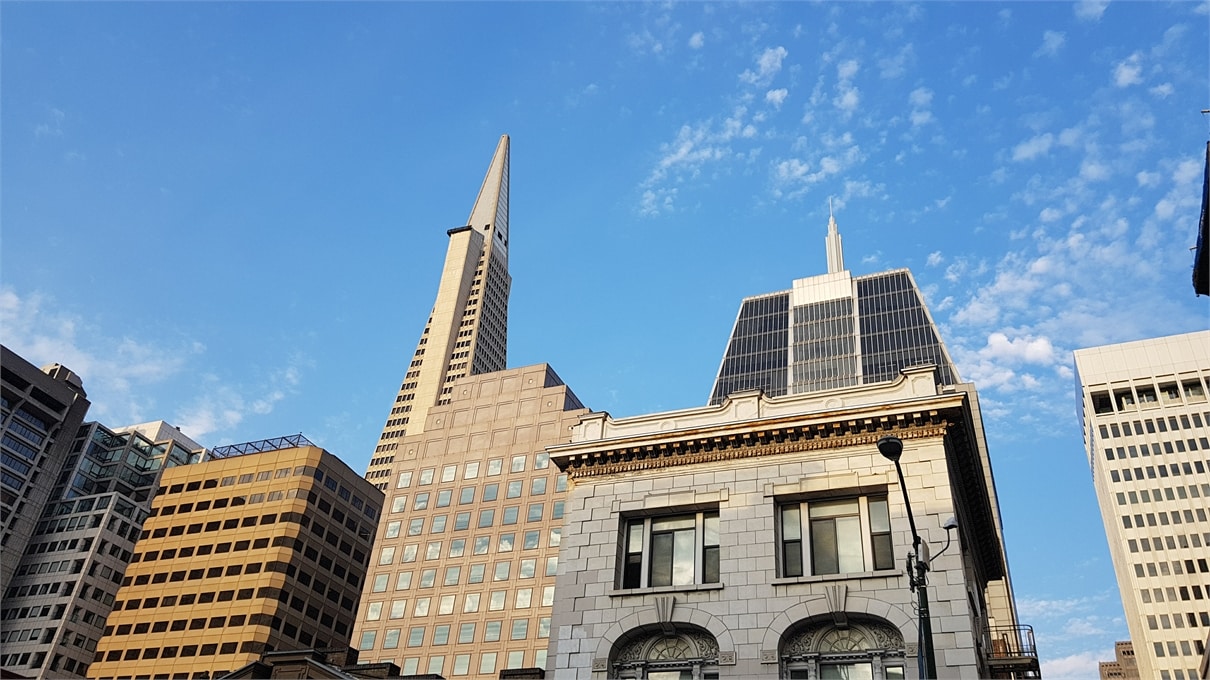 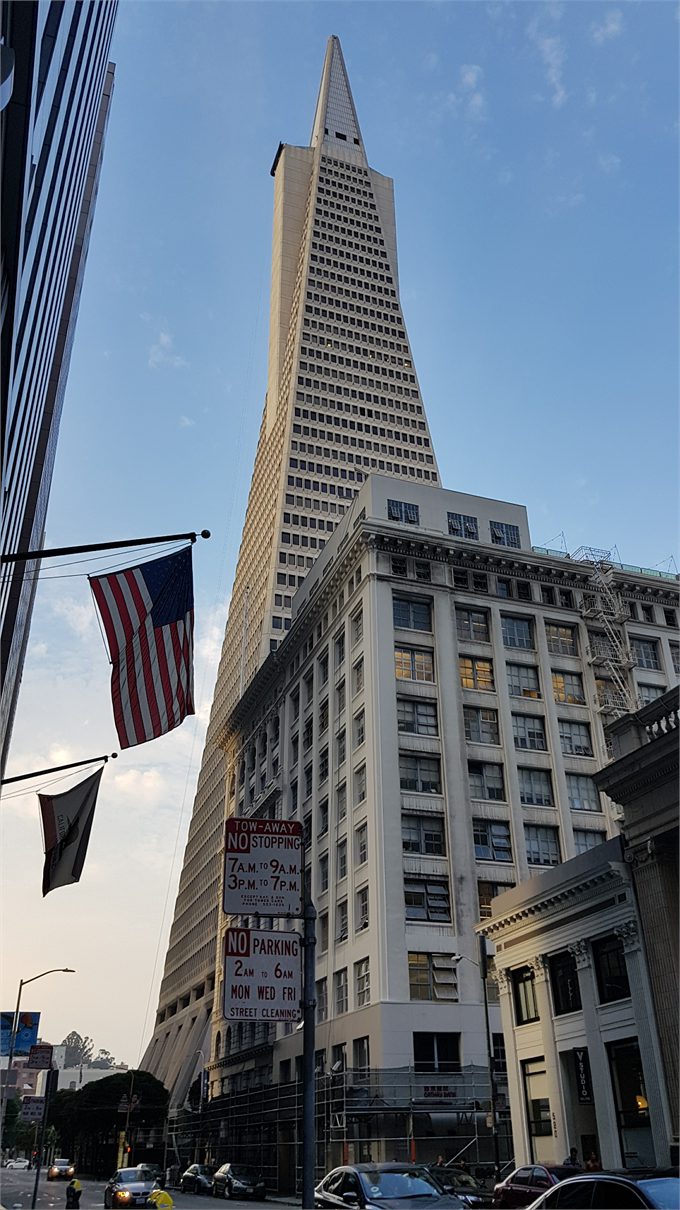 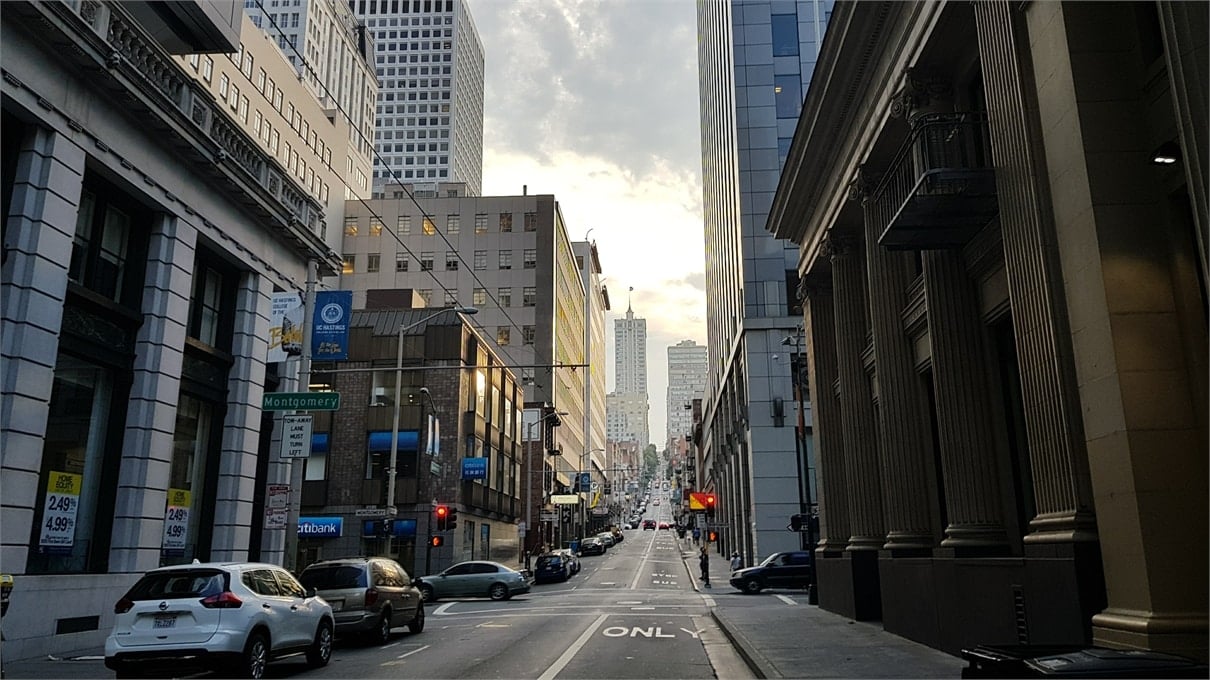 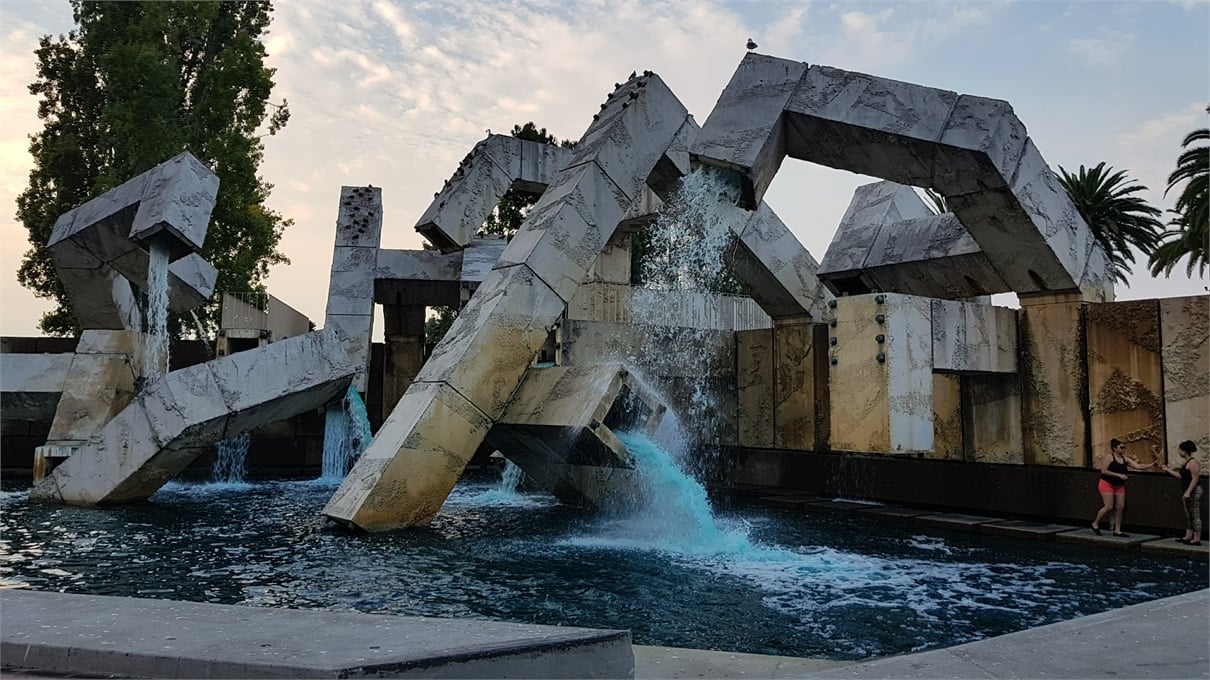 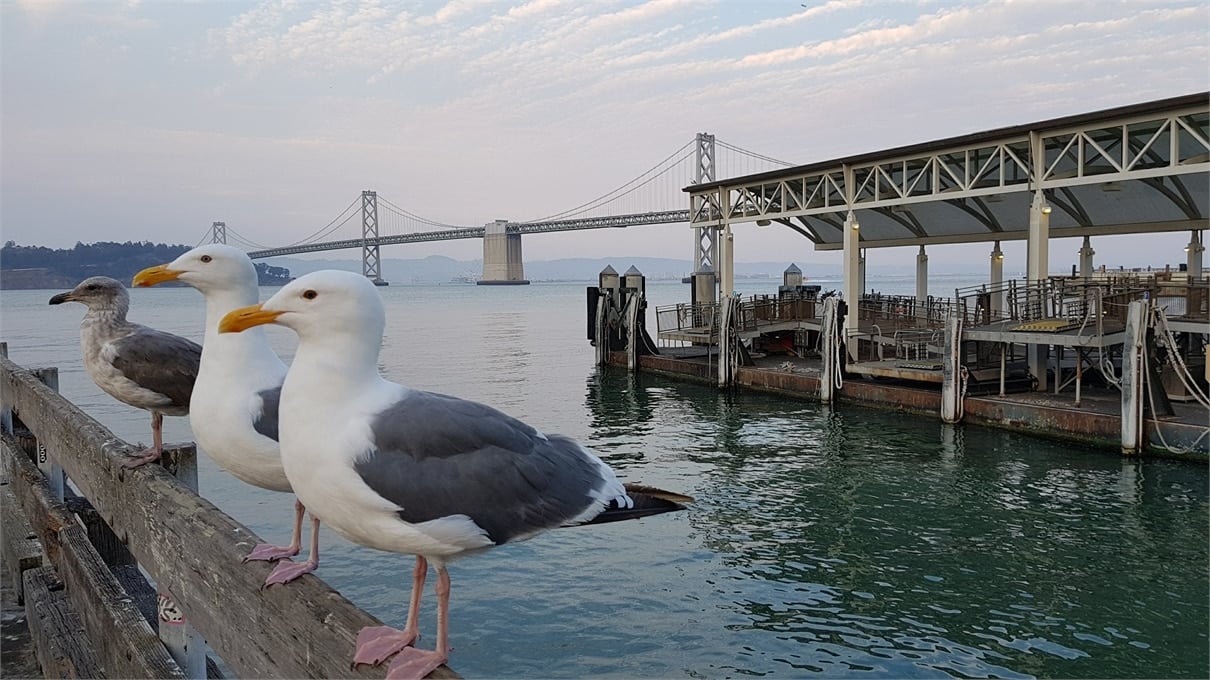 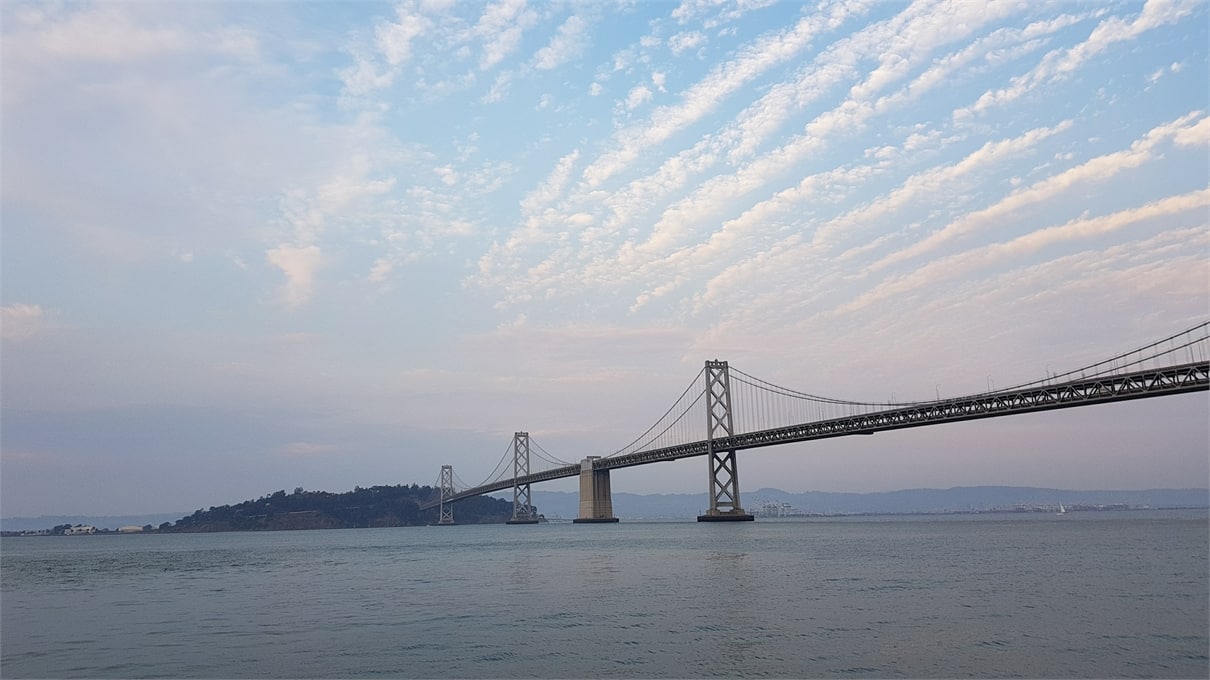 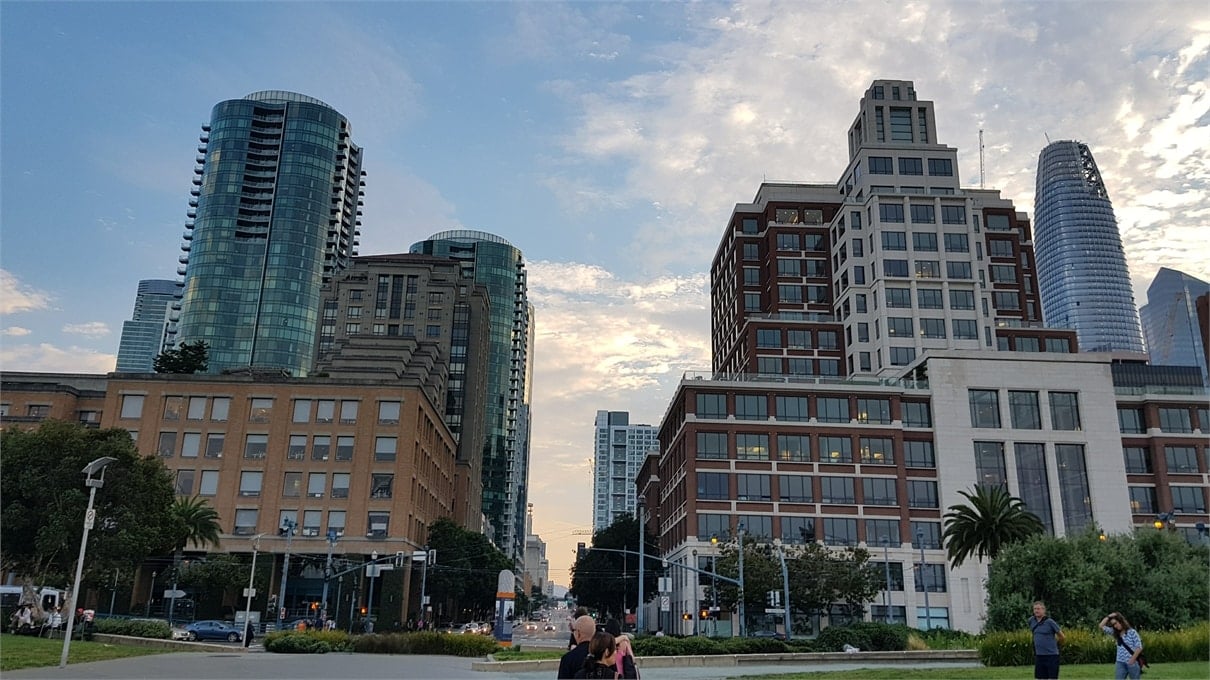 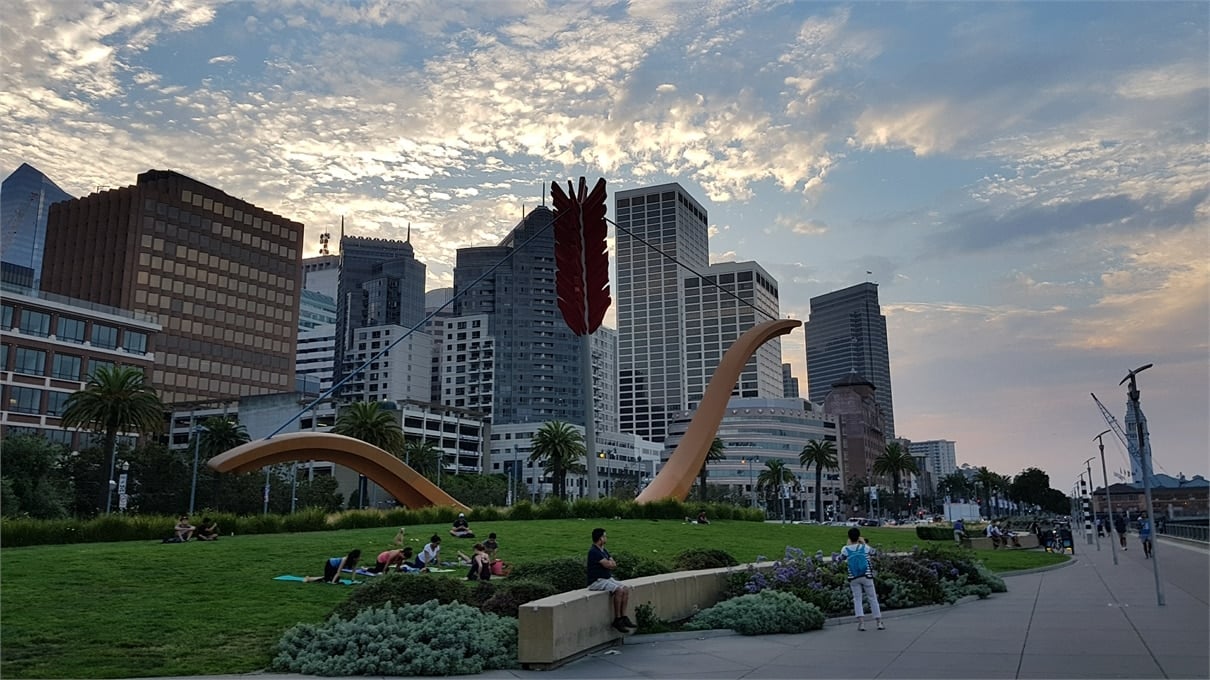 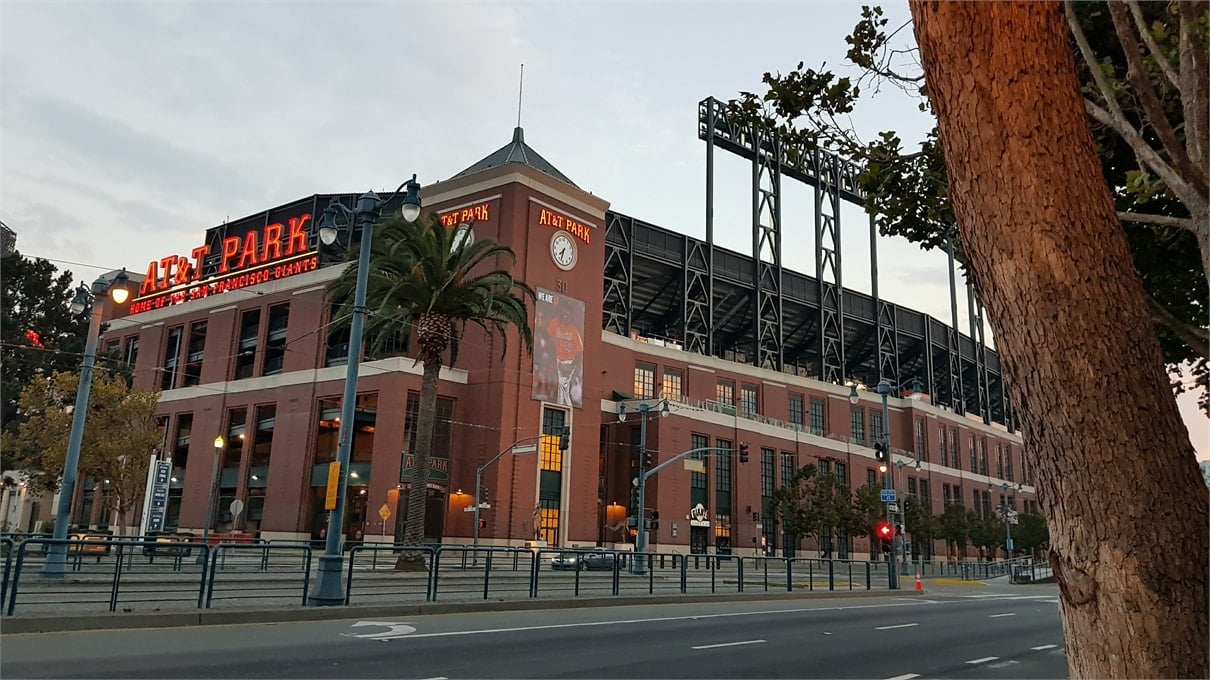 At the point we were close to the Bay Bridge we realized that our legs were giving away all their strength. We tried to find a nearby station and it was “luckily” just a few hundred meters away from us.

We walked all the way from the train stop station in Redwood Shores to the Pullman Hotel which was more than a kilometer away. Sure, that doesn’t sound so bad but when you spend an entire day walking it feels like it’s a hundred kilometers away. 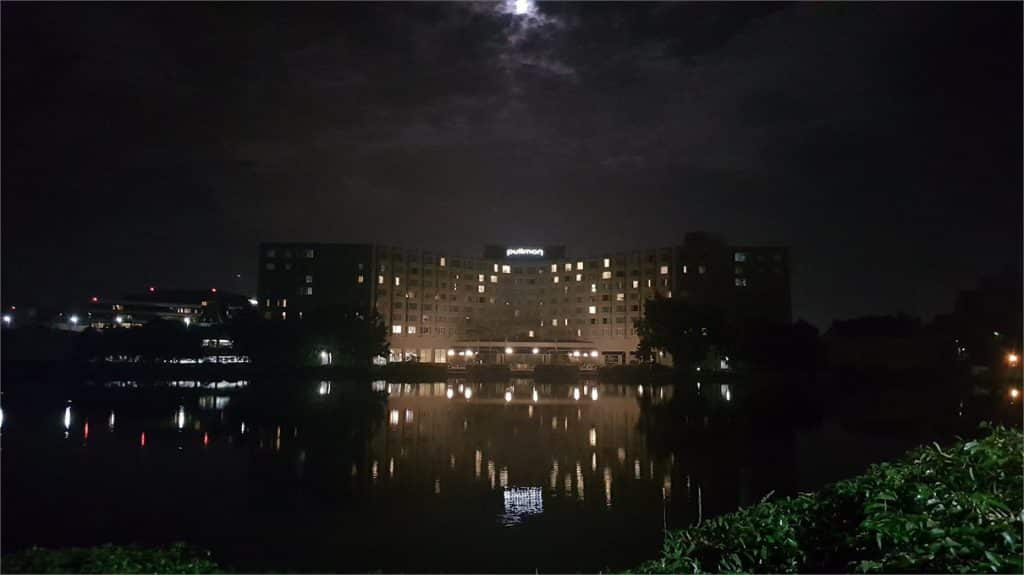 Just as we arrived Michael thought of a really great idea to stop by the Nob Hill Foods which was just across EA – at least that’s how he explained it. It was a kilometer to the market and another kilometer back to the hotel…

It was a great day but with a small price of swollen feet. The lesson of that day was never let Michael guide you anywhere ever again! 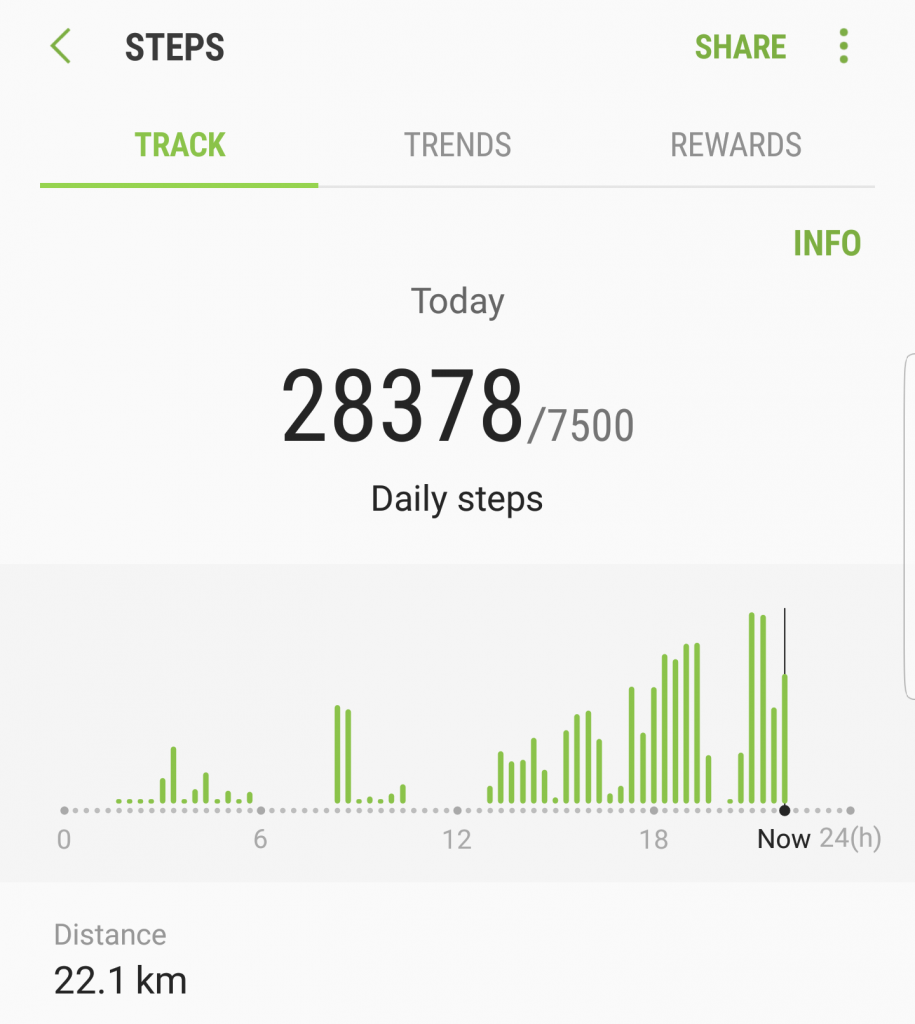