Day 2 started off really messy – I had to re-charge everything and I only had one power socket converter that converts the pins from EU to US. I was using my laptop as a source to charge my laptop, my power bank and my phone (really lucky it didn’t blow up). 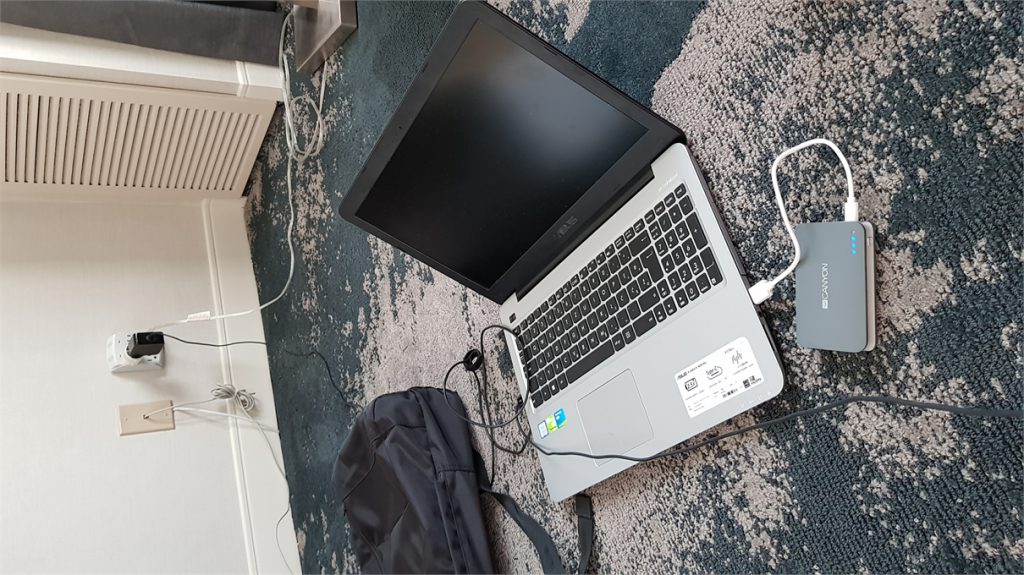 I met up with more lovely simmers downstairs at the lobby and we quickly came to an agreement to tour the city. Since most of us had the desire to go for souvenir and clothes shopping and then visit the Golden Gate we took an Uber (well, the other 2 groups took an Uber – Xmiramira, MoonLiteWolf, Fezet, Karol and me took a Lyft). All of us eventually met up at the Painted Ladies. When we stopped the driver pointed at the houses below and we immediately figured out it was the row of houses used to film the intro for Full House. 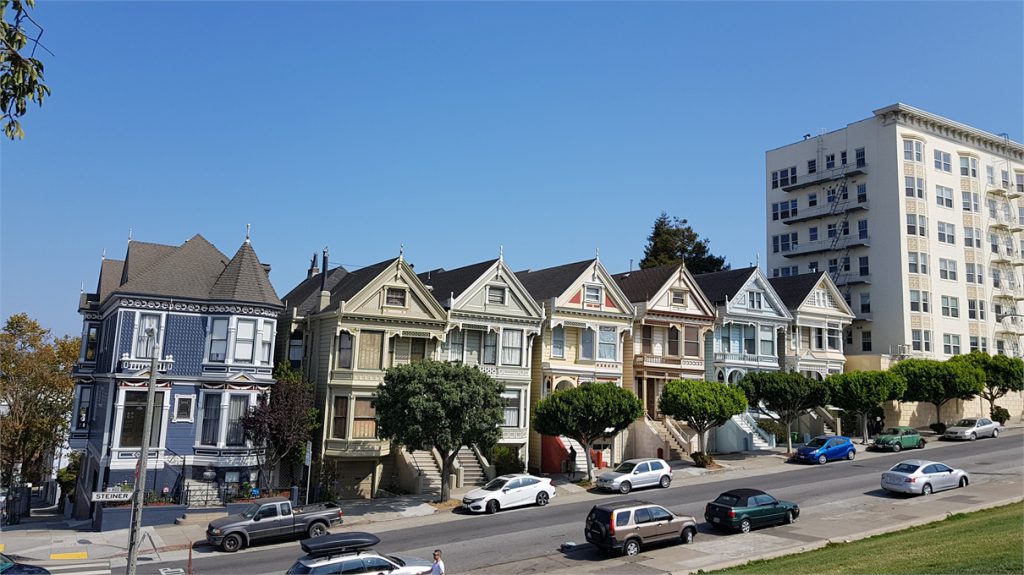 The view of the San Francisco downtown was just mesmerizing… 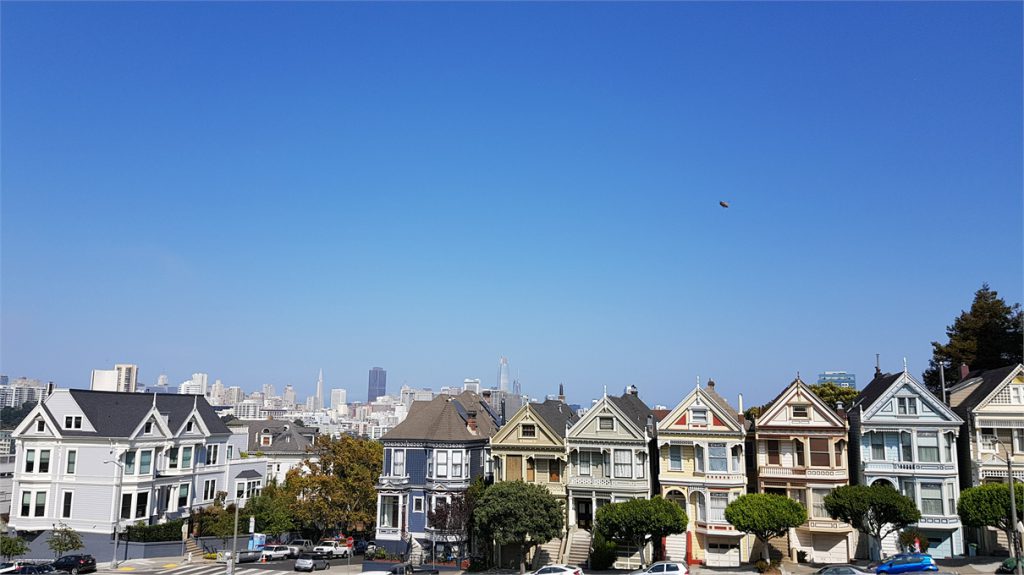 The other 2 groups arrived and we started walking uphill (and then downhill) a couple of times until we arrived at a supermarket where we got most of our San Francisco souvenirs. We continued romaing through the clothing stores and other random streets when suddenly Karol from DotSim told me to look behind me and see if I can recognize the person. Most of us turned around at the same time and everyone started questioning “Is that SimGuruJM?!?”. We didn’t even think twice and started shouting “SimGuruuu, SimGuruuuu” to a person 30 meters from us hoping that he’ll hear us. He looked behind him but sadly didn’t manage to recognize any of us. We started wondering if we found SimGuruJM’s doppleganger or was that really him (The next day SimGuruJM confirmed to us all that it was actually him).

We continued with our trip for the next few hours just taking random photos of the streets and houses and chatting with each other. 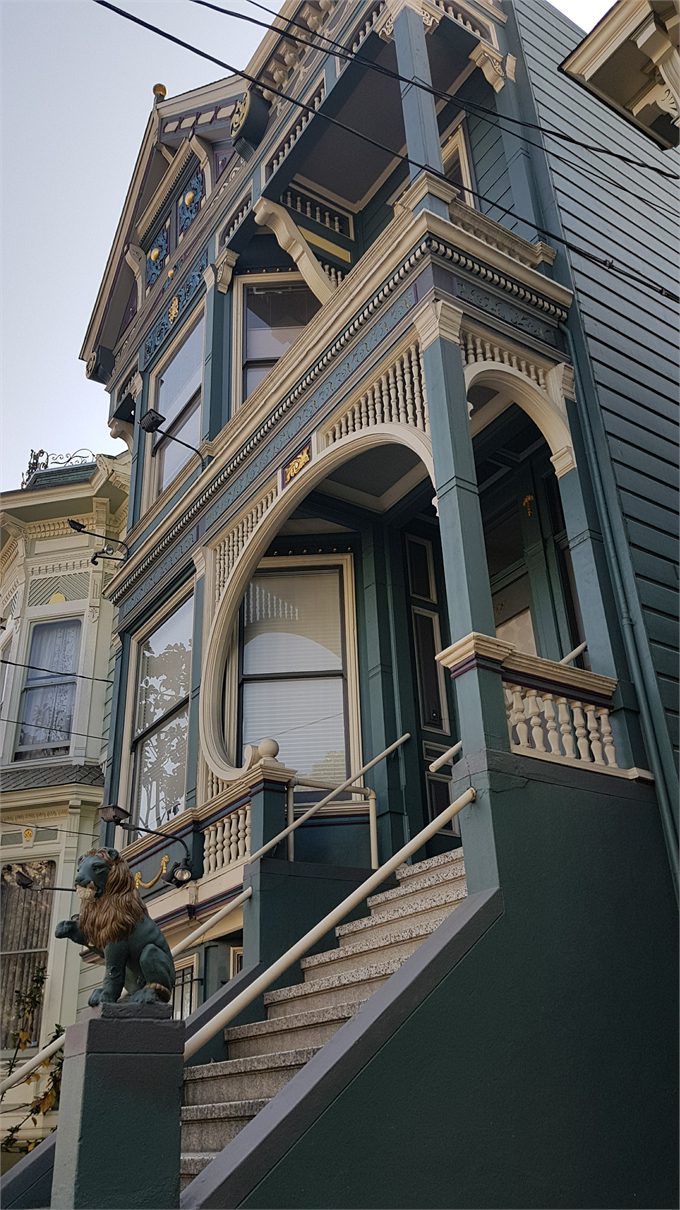 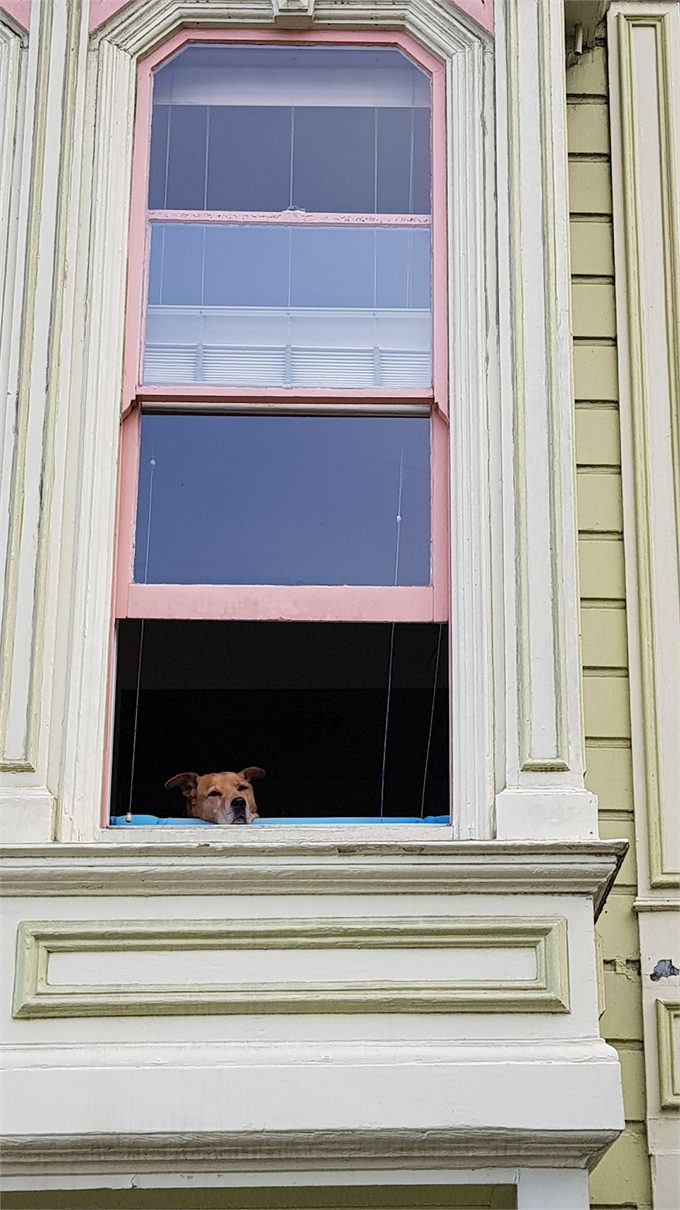 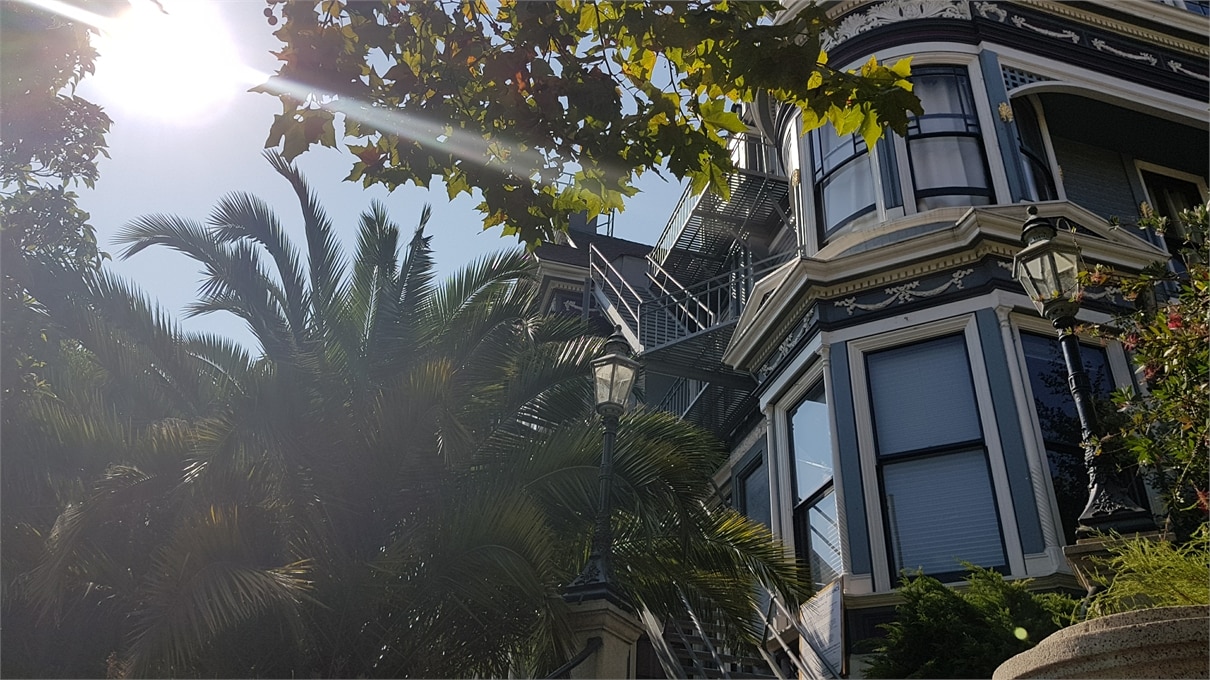 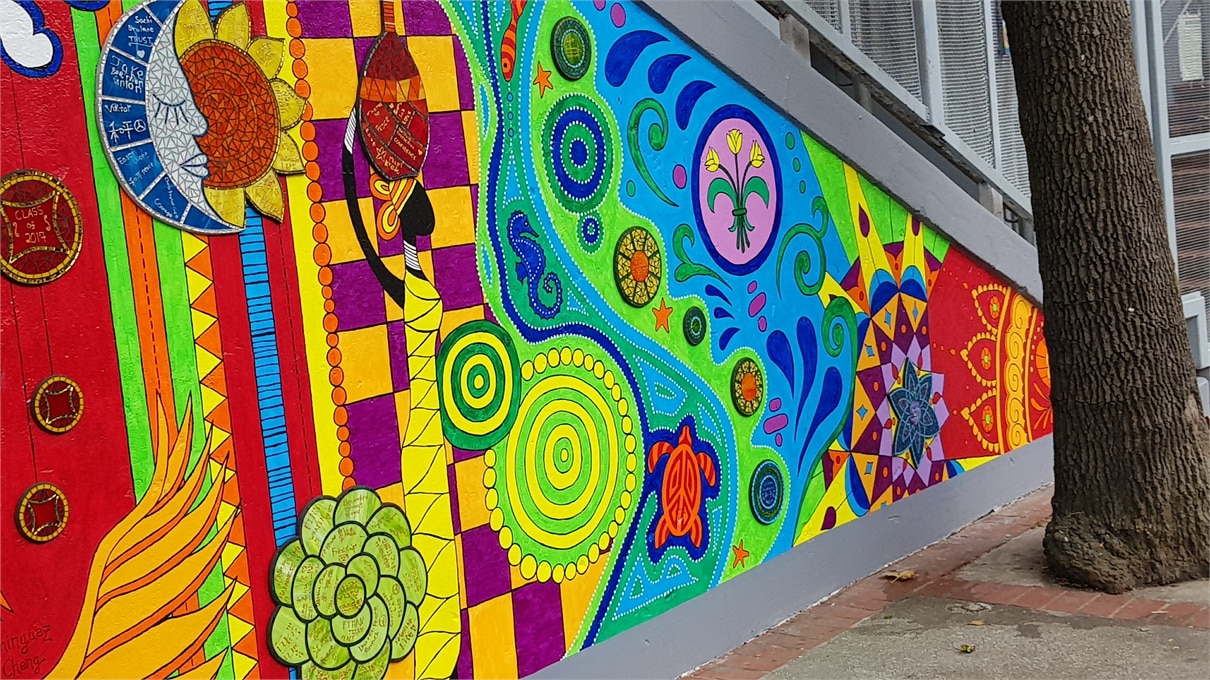 Everyone eventually agreed to finish off our trip at the Golden Gate as the fog suddenly came all over the bright blue sky. We were a bit disappointed that, once we arrived, the entire bridge was missing. 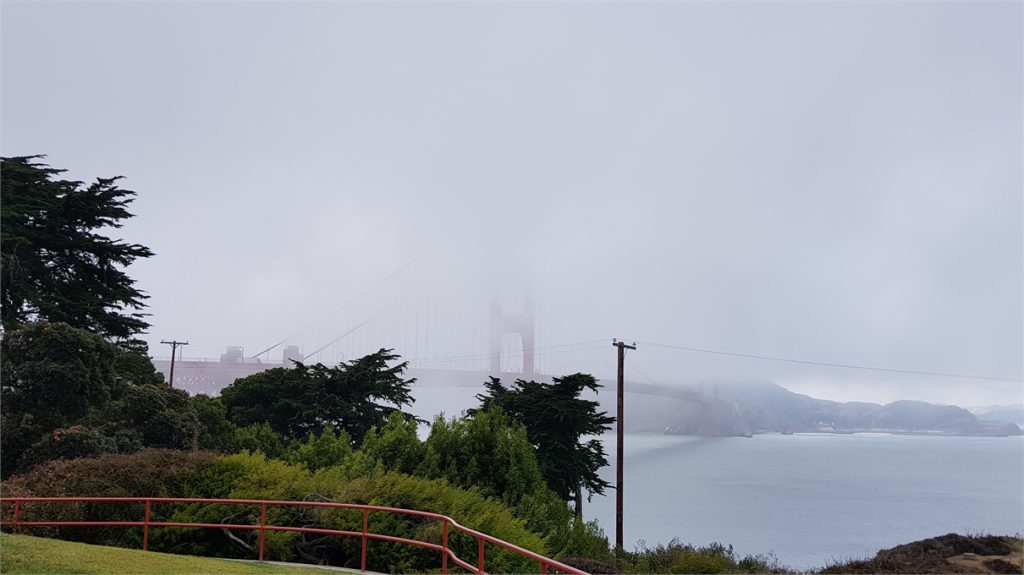 Luckily, it started to clear up a bit.. 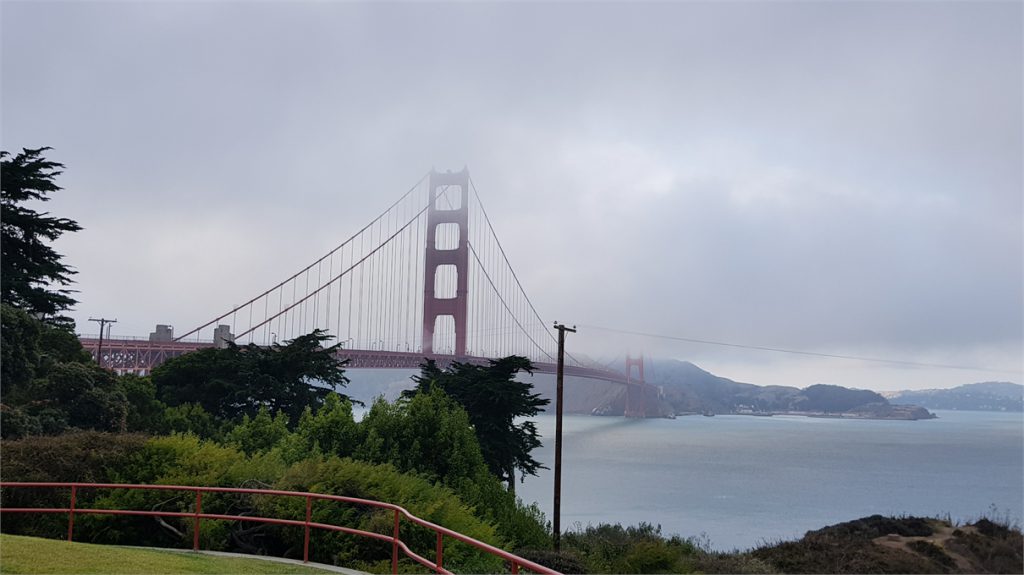 We took plenty of photos and selfies and it was time to head back to the hotel just 30 minutes after as it wasn’t only foggy but really windy and cold as well. 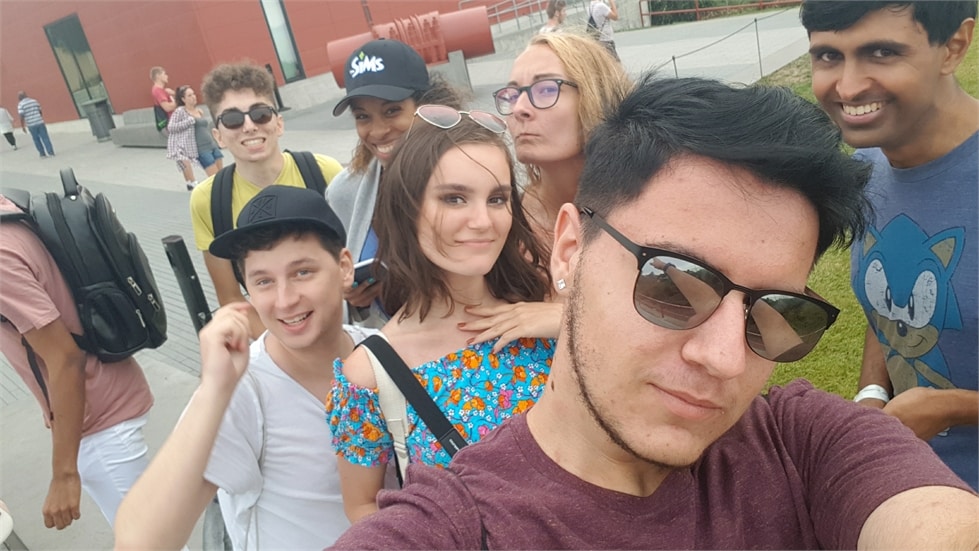 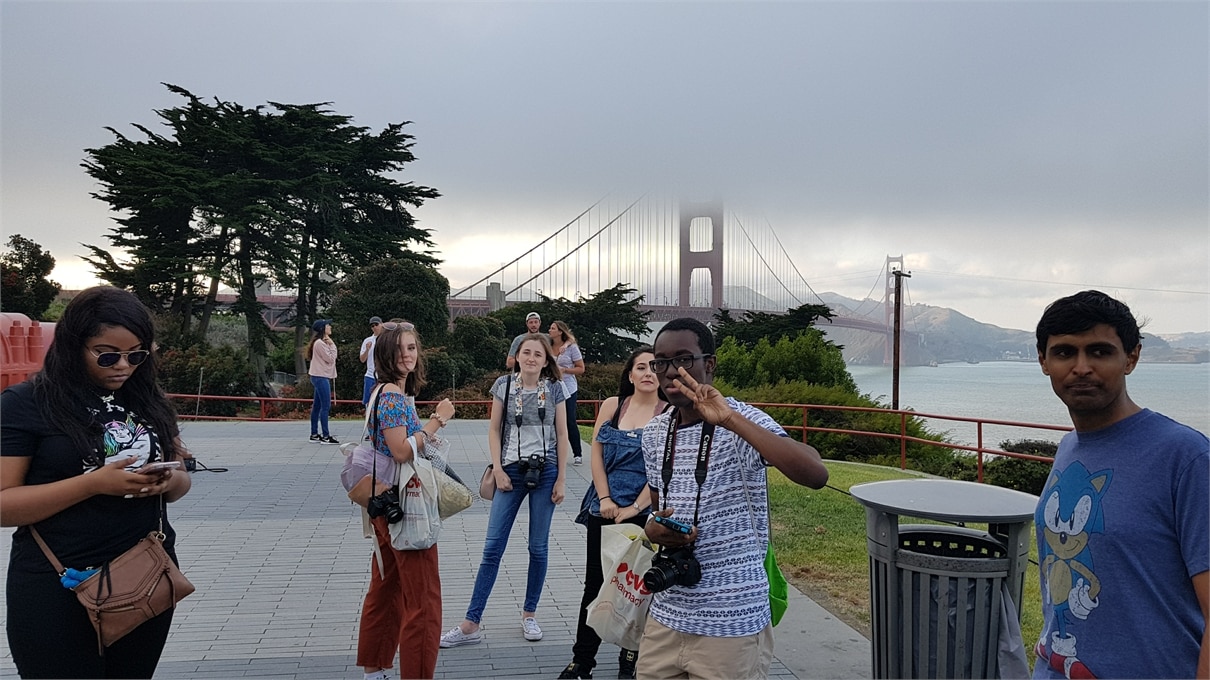 We talked a lot about the day and the 2-day event that was ahead of us and it was finally time to go to sleep. I went back to my room at around 10PM but couldn’t leave my bubble bath until midnight. 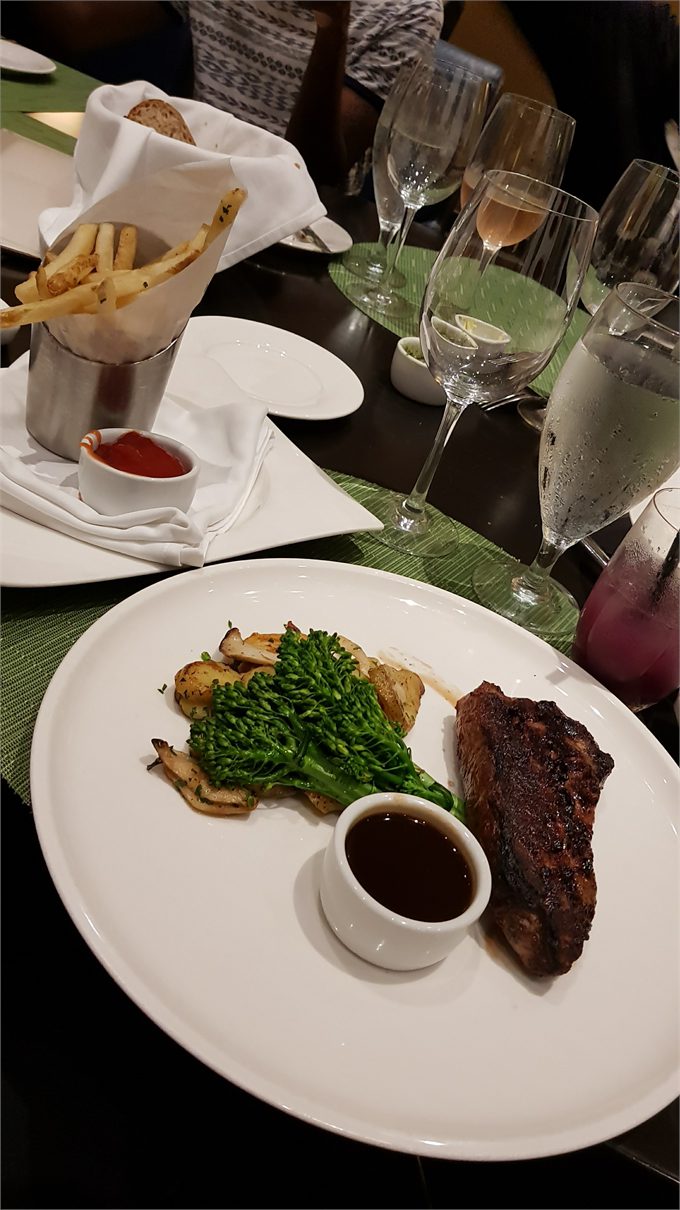 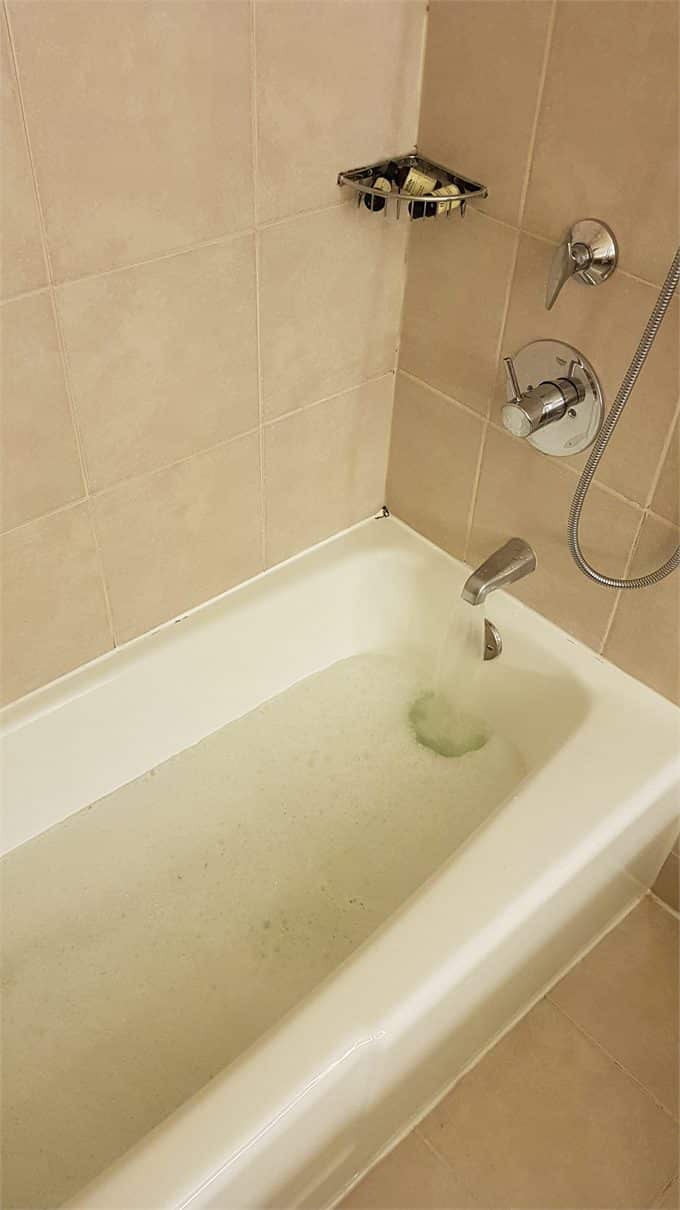