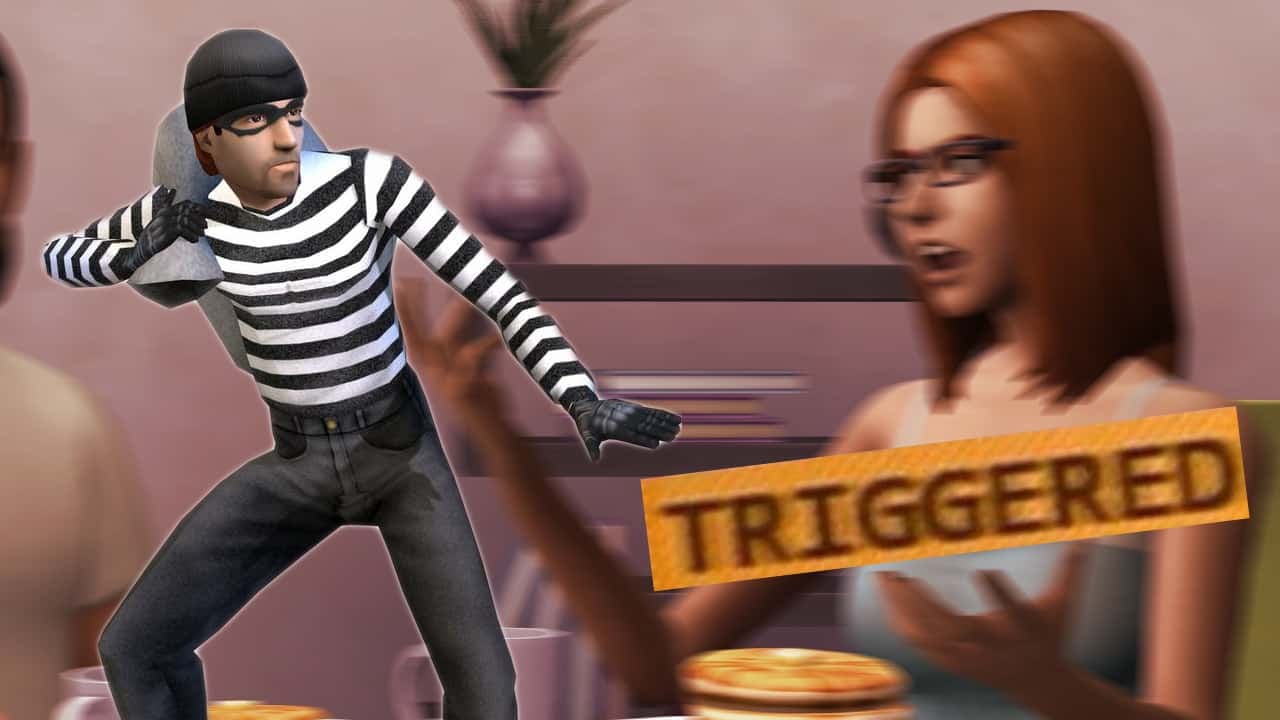 The Sims Forum member TOLKIEN, who’s often known for “inside scoops” of his friend that works at EA Sports in Burnaby has another crazy rumor – and this time he’s talking about why burglars are not included in The Sims 4.

According to him, the burglars are not included in the game because it might “trigger” sensitive players. That’s right. As crazy as it might sound, his explanation why they think the new generation of Sims players might not like this feature sounds very possible.

Apparently somebody during design felt that due to the nature of the Sims 4’s focus on the “home space lot”, that a burglar invading said space could feel like a violation to players, including inducing anxiety and possible trigger players who have experienced similar experiences.

Now I pointed out this seemed like a stretch considering previous Sims games had burglars, but my friend pointed out the Sims 4 was made for a new generation, with a team of producers surrounded by people OF that generation who would point out that the invasion of their home or safe place could create feelings of discomfort or possible even triggering. Indirectly I can see his point, I’ve been playing games for a long time and a lot of the stuff in earlier games I’ve played a decade ago would certainly NEVER make the cut in todays politically charged gaming environment.

My friend also pointed out that in “get to work” you investigate crimes, but that’s not the same as “BEING the victim of a crime”.

They’ve certainly had a lot of opportunity to add burglars with various expansions and patches (and who knows we might still get them!) However if you look at the overall goofy nature of much of the Sims 4, I could certainly see some truth in creating a safer, happy experience for sims players. Certainly being the victim of a burglary would be the opposite.

Now HOW much of this was embellishment on my friends part is hard to say, he LOVES to make a point – but still the basics of the rumor are believable – that “burglars” are simply no longer appropriate in a game like the Sims 4 targeting a new generation of players.

Many are not sure why did The Sims Team then allow Vampires to knock on the doors of your household in the middle of the night but that could just be a completely different scenario.

Of course nothing has been confirmed by EA so this is nothing more than a pure rumor (not even speculation as there’s no evidence).