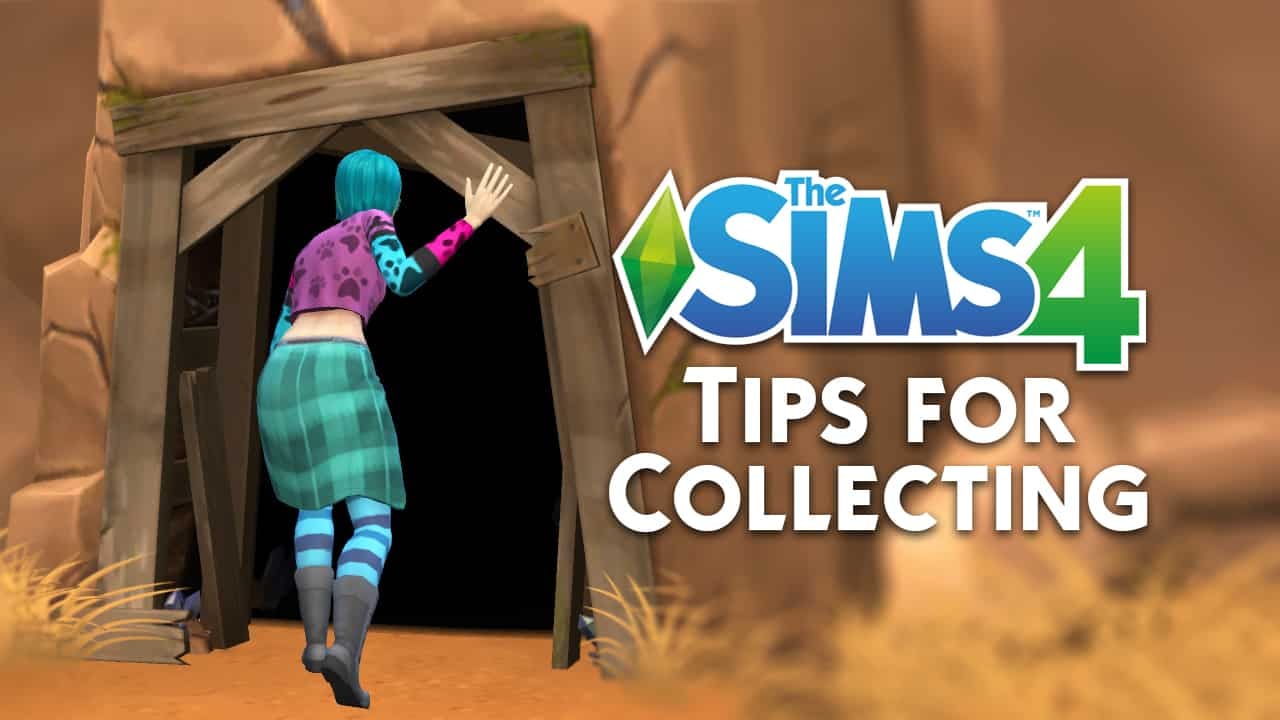 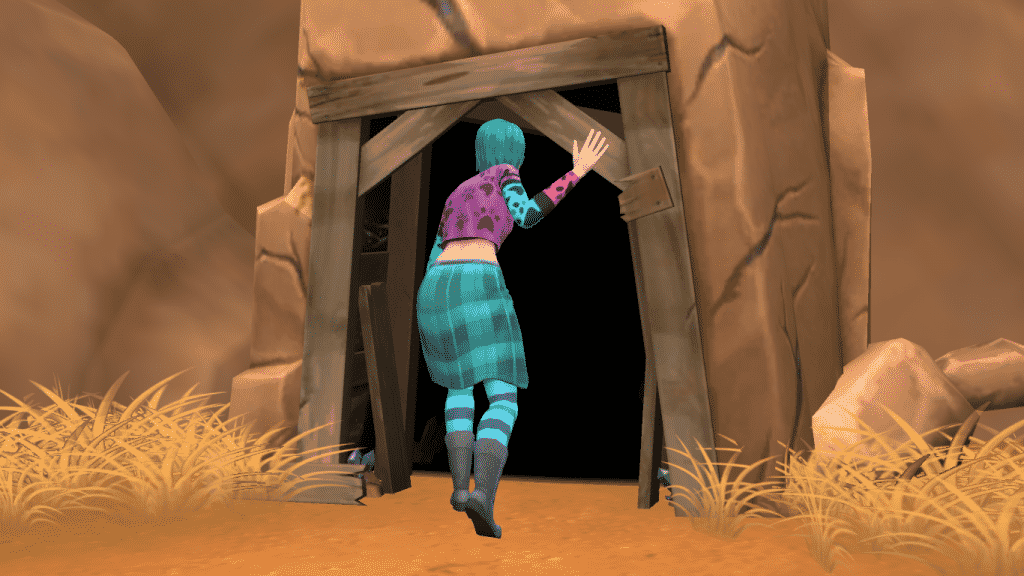 One of my favourite things to do in The Sims 4 is complete all the collections. With so many collections to complete and so many places to explore to find them, collecting is never dull. With the upcoming release of Jungle Adventure which introduces new collections to the game, I thought I’d share some of my collecting tips with you that I’ve picked up over time.

Keep One of Every Item

This is very important. Collections have a nasty habit of getting reset every time a Sim moves in or out of your household (including pets). Safeguard your collection progress by having one of everything on hand to put in the inventory to restore those collections.
For more information on salvaging lost collections, see our article: How to Restore Lost Collection Progress

Utilise the camping gear from Outdoor Retreat if you have it. If you don’t have it, get comfy with the idea of freeloading at strangers’ houses. The longer you can stay in an area waiting for plants to mature and spawners to reset, the better. You need to be in the area for harvestables to grow so you’ll be spending days at a time in certain areas at first just waiting on plants to mature. If you return to a neighbourhood to find no rock or log spawners hang around for about 12 in-game hours. That’s roughly how long it takes for a spawner to reset.

One Step at a Time

Try not to overwhelm yourself. Pick a collection and focus on that until it’s complete, then move onto the next. There are so many collections that it’s easy to feel daunted by the sheer scale and quit, but don’t! One collection at a time and you’ll be just fine.

Develop a scheduled system and stick to it. Start with one neighbourhood in a world and raid it until there’s nothing left to collect, then move to the next area, then the next until you’ve cycled through all the neighbourhoods in the world. Then do the same in the next world. By the time you’ve visited everywhere, the first area you went to should have respawned its collectibles and you can repeat the process. It’s easier to keep track of where you’ve been and what you’ve already collected if you have a seamless rotation locked in place.

Focus on the following skills: Fishing, Gardening, Handiness, Rocket Science and Logic. You’ll build Fishing and Gardening naturally as you work on the fish and harvestable collections. You’ll need level 10 Handiness to break open the boards to the Forgotten Grotto since there are fish that can only be caught there. Logic will help you use the microscope and observatory to get the prints. If you have Get To Work, you’ll need maxed out Rocket Science skill to install the wormhole generator on the rocket ship to get to Sixam where the alien plants grow. Even if you don’t have Get To Work, you’ll still need to build and upgrade your rocket ship to bring back a UFO plant from your space adventures.

The easiest collection to start with is the frogs. Spend a few days raiding the Sylvan Glade pond and you’ll have enough frogs to breed any that you’re missing. Consult a frog breeding guide to breed strategically so you don’t waste precious time breeding frogs that won’t yield a new one. Then move on to other easier collections, like postcards and, if you have the cash to blow on holiday crackers, the holiday Meduso plushies.

Mount or Add Fish to an Aquarium ASAP

Fish decay in quality very quickly in your inventory and while it doesn’t really matter unless you plan to eat them, it’s a little disheartening to see a bunch of foul fish in your hard-earned collection. Mount fish or add them to an aquarium as soon as you catch new ones to avoid this decay.

Each aquarium and fish bowl have their own set of fish you can purchase outright to fill them and they count towards your collections! Don’t waste time on those Spa Day fish, just buy the aquarium and purchase all the fish for it. If Cats & Dogs is installed, you can also check the vendors in Brindleton Bay to see what they have in stock. There’s a vendor that sells fresh-caught fish. Purchased fish don’t decay in quality, either. Win win.

Some collectibles were only available for a limited time during events and challenges so your Sim won’t be able to obtain them now… unless you buy them in the debug menu. The Forbidden Fruit and Growfruit for the Gardening collection will need to be purchased from the debug menu, as will the sugar skulls, Easter eggs, and magic beans. Of course, you could also wait around hoping that these challenges will come back someday, but… I wouldn’t count on it.

Have a Child and/or Pet in the Household

If you have Kids Room Stuff, you’ll benefit from having a child in the house as children are the only ones who can hunt down and trade Voidcritter cards, which are part of a collection. Dogs can dig up dirt patches to find rare collectibles and cats can search through fish piles. Both dogs and cats can hunt birds in the bushes to get the collectible feathers that came with the Cats & Dogs expansion. That said, don’t make your household too big. You want to be collecting, not micromanaging a bunch of Sims and chasing after an army of smelly pets.

Any aspiration under the Nature category is good to choose for your collector Sim. They will finish them quickly and completing aspirations fast will give them the satisfaction points they need to purchase those expensive reward traits that will make collecting easier. The reward trait for finishing The Curator aspiration is Appraiser, which lets you sell fossils, crystals, metals and elements to the Simsonian Museum for a large amount of money; literally hundreds more than what you would get by selling them the normal way through the inventory, so it might be worth your while to complete The Curator aspiration, first.

Any and all reward traits that eliminate or reduce your collector’s need to fill motives are a must! Steel Bladder, Hardly Hungry, Forever Full, Seldom Weary, Never Weary, Independent, Needs No One, Dirt Defiant, and Forever Fresh are all super important to take advantage of. The less time your Sim needs to devote to satisfying motives, the more time they have to go out collecting.

The Geek and Loves Outdoors traits are a must for a collector Sim. Most collections require them to be outside for long periods of time which will keep outdoorsy Sims in a good mood longer to collect more stuff. The Geek trait makes them confident whenever they find a new collectible and also increases their chances of finding rare collectibles. This is critical for completing the “Big Four” collections; MySims trophies, fossils, metals, and crystals.

You might want to save these collections (MySims trophies, fossils, metals, crystals) for after your Sim has a few of those coveted reward traits under their belts. Why are these called the Big Four? They are the most difficult collections to complete in the game, simply because all four collections come from the same rock spawners. With only a set number of spawners that refresh once a day and so many different items to collect from that finite number of rock spawners, your chances of actually getting the item you need when looking for those last few collectibles are much lower. There’s really no way to improve those odds unless you have a treasure map to guarantee a MySims trophy so you quite literally just have to keep smashing your way through it until luck decides to come your way. On top of that, the microscope prints require fossil samples to finish and the elements require crystals and metals to be sent to the Geo Council so you’ll be needing multiples of almost every item. In short, prepare to be working on those four collections for a looooooong time.

Play With Aging Off

It’s impossible to finish all the collections in the game with a single Sim that’s aging, even on a long lifespan. It’s not even possible in the base game, let alone if you add in all the collections from add-on packs. I recommend playing with aging off so your collector doesn’t need to worry about not having enough time to finish their precious collections. Of course, you can always have a collecting legacy where the torch gets passed down from parent to child, but raising a family alongside collecting may prove to be more of a distraction than anything else.

It might be a struggle to survive off collecting at first, but trust me, once you’ve memorized where to go to get the good stuff and your Sim has become a pro at the collecting game (and has the Appraiser aspiration reward trait), you won’t need to worry much about money if you keep selling all your extra collectibles. Jobs just take away precious collecting time. You’re a collector! Embrace it!

Open Your Own Museum

Eventually, you’ll have so many finished collections, you’ll have trouble displaying them all in your house. What then? Open your own museum, of course! If you have Get To Work installed, you can create a gift shop in the front of your museum so that you can actually own the lot and make money from it. Sell some of those extra collectibles you have lying around. Some of them are worth a lot of money!