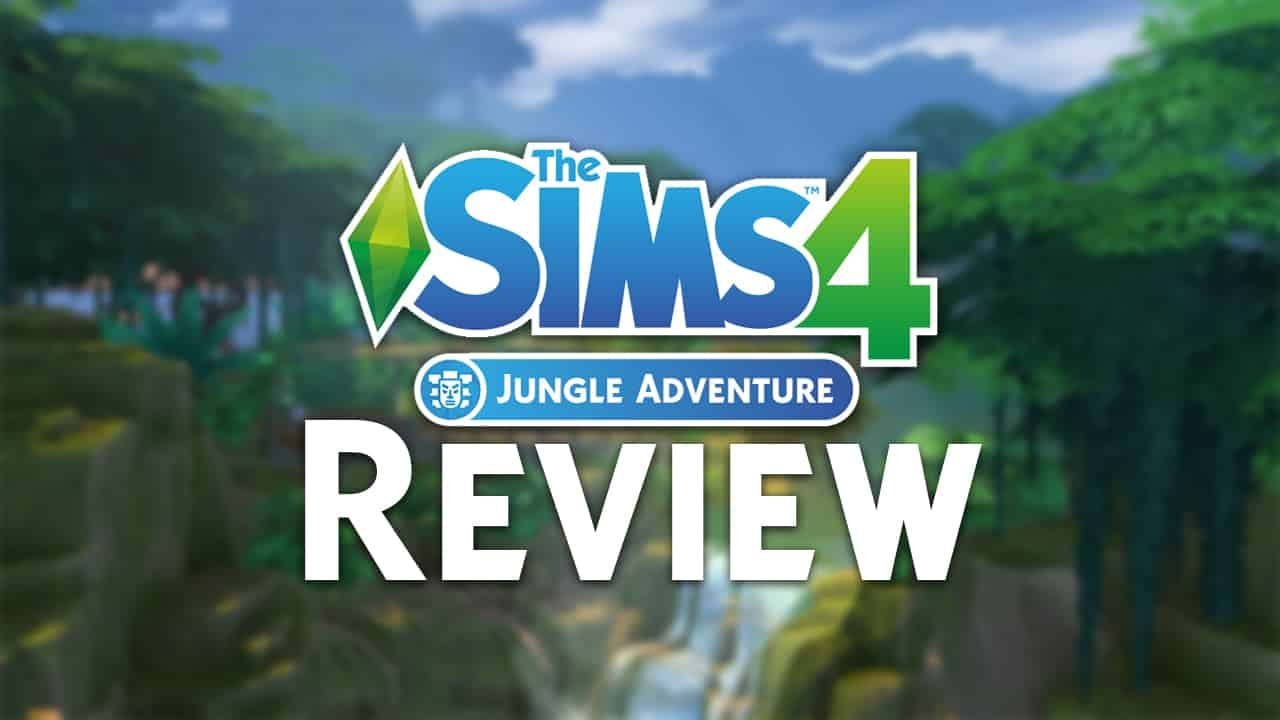 After five Game Packs, The Sims 4 has finally been given another destination Game Pack called The Sims 4 Jungle Adventure. With the main focus on jungle exploration, new skills & aspirations and new locals to socialize with does it make the twenty dollar tag worth it? Find out more in our review!

This review is based on 15+ hours of gameplay.  Even though I was given an early review copy by EA to test the game, I am not by any means paid or bribed to state positive (or negative) opinions about this game pack.  I will give my honest opinion of the game pack; it’s content and what it brings to the game.

The new items in Create A Sim are really bright and colourful – from the new hairstyles which are full of various colour gradients to clothing and accessories with Aztec and llama patterns on them. Even though there’s nothing new in terms of gameplay for children and toddlers they still get a few new items as well.

The Sims Team finally paid full attention to the Latin culture when it comes to the new build items. There are all sorts of new objects – from beds to sofas to kitchen appliances. One of the new additions that I’m really glad they’ve added are the new plants and open shutter windows.

There are more than 170 new items – excluding the HUGE variety of objects that come in the debug hidden section.

For a Game Pack destination world, Selvadorada is really, really big. You get four rentable villas, a bar, a museum, a park where you can start with your adventures in the Belomisia Jungle and eight areas that you can explore. 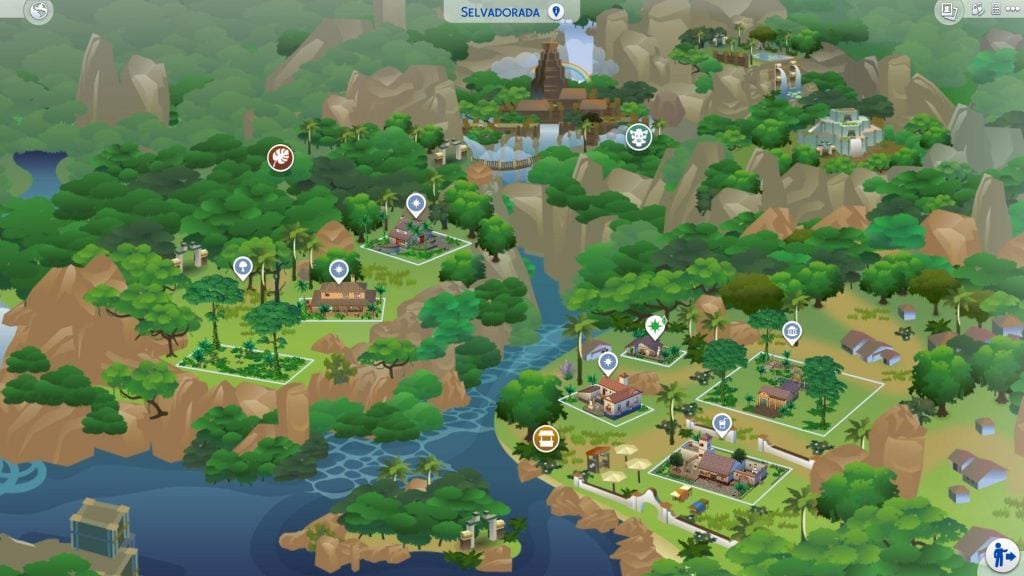 Each area in Selvadorada is lush and brings gameplay, even in areas that are not marked as lots. The Puerto Llamante Marketplace neighbourhood comes with a fishing area, a marketplace area, an area for you to do your all archaeology work and a cute area to do gardening. It’s very colourful and it’s the perfect neighbourhood for you to meet Selvadoradians and learn about their heritage.

The other neighbourhood – Belomisia Jungle, is probably one of the biggest neighbourhoods we’ve gotten in The Sims 4. Not only does it feature 2 villas and a park but there are also 8 hidden locations for you to uncover by clearing paths. It’s immersed with plenty of wildlife (including both creepy crawlies which will attack your Sims and visual effect animals) and gorgeous scenery with waterfalls and hidden ruins.

What’s so great about the Belomisia Jungle is the fact that I didn’t come across so many loading screens as I expected to before playing the game. I came across two loading screens and that’s when I uncovered the temple and the hidden pool. They’re standalone lots that you can explore with your Sims and come with a great level of detail.

Selvadorada is proof that you can get great value for your hard-earned cash. Forgotten Hollow from The Sims 4 Vampires should take some notes…

Let’s talk about the biggest elephant in this room – jungle exploration. I was quite surprised to find new areas each time I went on vacation in Selvadorada. Certain hidden areas won’t be unlocked until you visit Selvadorada, locking other areas in the jungle. It brings more depth to jungle exploration and it only encourages you more to keep on vacationing in Selvadorada. This gameplay aspect is also great because I found that authenticating certain relics that I’ve discovered requires my Sim to be at home.

Sims will often get attacked by going through portals that will send them to new locations. Actually, almost every single time my Sim went through a portal they suffered some consequences – whether it was an attack from the bees or surviving a blazing fire that’s spewing out from the portal. 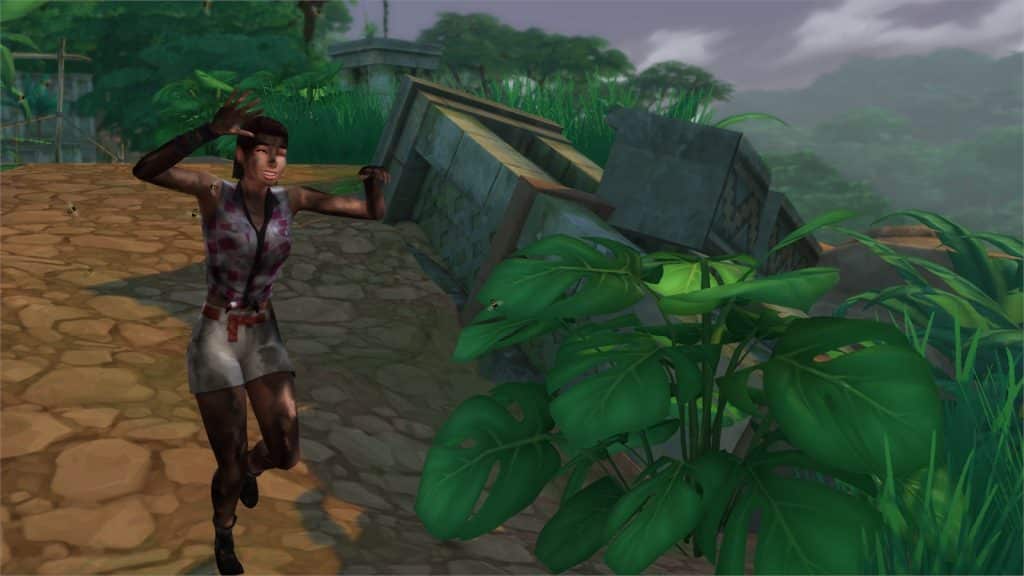 Exploring the jungle has some benefits as well. Sims will find areas that will soothe their emotions, put them in a flirty mood or boost up their confidence. There are 6 areas in total that will affect your Sim’s emotions – each bringing a different emotion to your Sim.

There are also gorgeous areas where your Sims can relax and unwind from all that adventuring, such as the breathtaking cliff with a whole overview of the jungle and the hidden pool.

Jungle exploration reaches its peak in the temple. This temple is a complex building that resets itself each time you visit it and complete the temple puzzle. These puzzles rely on your Sim to figure out which mechanism will unlock the gate. There are plenty of mechanisms and puzzles in each room and you should take the safe route and examine a mechanism before activating it – otherwise, they might suffer some serious consequences (and in rare cases – blessings).

This aspect of Jungle Adventure is really interesting in the beginning, but each time you return to the temple you’ll find yourself more and more bored of it because the gameplay steps get very repetitive. However, it’s all for a bigger purpose and that’s collecting treasure which includes Simoleons, Adventure Gear and precious relics and artefacts that will fill your home collection case.

The Sims 4 Jungle Adventure also comes with two new skills and two new Aspirations, which mostly heavily revolve around you exploring the jungle and meeting with the locals. The Selvadoradian Culture Skill is all about introducing yourself to Selvadoradians, consuming local foods and drinks and hanging out at the marketplace area and haggling for better deals. The concept of this skill is good but it has its flaws. For example, you can max out your culture skill by just having your Sim eat Selvadoradian food 24/7. The benefit of this skill is very useful though, such as receiving new social interactions and unlocking hidden local recipes. 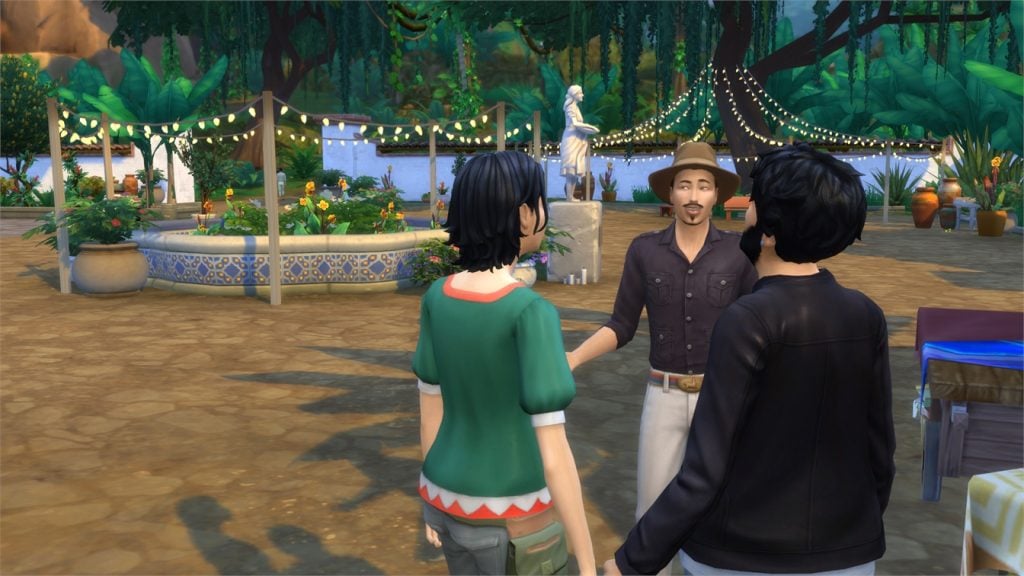 The Archaeology Skill is much more complex than the Selvadoradian Culture Skill. It relies on your Sim excavating dig sites and finding potential treasure, authenticating certain relics and extracting crystals. This skill turned out much more complex than I thought it would be considering that relics that your Sim gets to authenticate come in all shapes, values and qualities.

Archaeology is one of the aspects of this Game Pack that you can bring to your home world and continue playing with it which I really like. 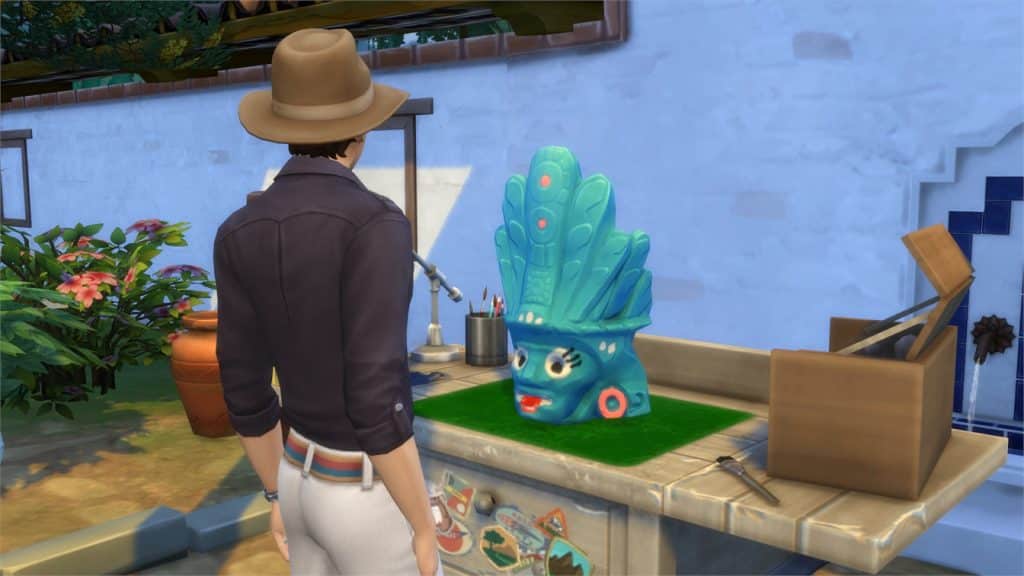 Jungle Adventure also brings another layer of challenging gameplay. The jungle has a lot of obstacles and there are high chances for your Sim to be stung by poisonous bees or spiders if they don’t have a repellent in their inventory. Sometimes they’ll successfully manage to get the poison out from their veins but sometimes you may want to look for an antidote before it’s too late… 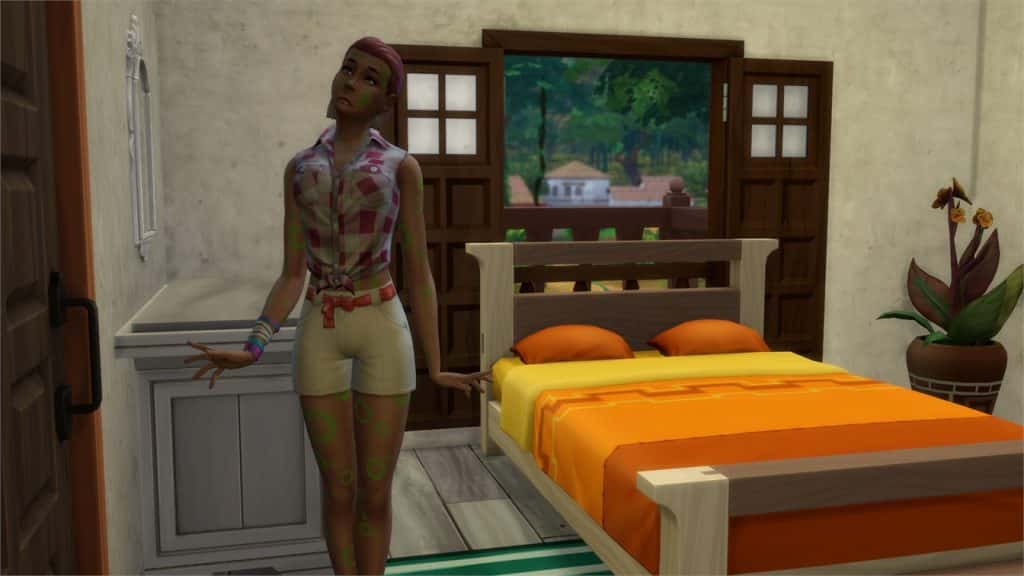 Being persistent and constantly exploring the jungle for new treasures will eventually fill up your inventory with Mystical Relics that you need to assemble. After doing so you’ll receive an object with high value – but not because of how much Simoleons it’s worth but because what gameplay does it bring. You can unleash the chaos and curse other Sims (or yourself) or share blessings all around you. There are several new curses and blessings which will influence your Sims’ moods greatly.

There are also skeletons which you can summon (and even temporarily become one) through ancient relics. They will basically keep your household a company and complete all the chores – just like a butler would in The Sims 4 Vintage Glamour Stuff. Other than that they get a few new interactions, unique sound effects and locked needs that will help your skeleton Sim focus on other things in life.

The Sims 4 Jungle Adventure Game Pack brings a little bit for both simmers who like exploring new areas and Simmers who want to occasionally keep their Sims at home and have them admire all of their possessions. Even though some aspects in this Game Pack get very repetitive (such as temple exploration) you still get to enjoy the new gameplay features which have a more permanent effect on your Sims and new items which are very different in terms of style compared to previous packs.

The Sims 4 Jungle Adventure outshines Outdoor Retreat and, even though it has a few areas for improvement, it still shows how a Vacation Game Pack should be done.