Please note that this post is pure speculation until proven otherwise!

Alfredo Hernandez, one of the UI Artists and Designers working at Electronic Arts has published an interesting Concept Art piece featuring some never-before-seen tools and assets in Create A Sim.

The image shared by Alfredo on his portfolio features a mockup UI with some new assets and features including the Import File, Soundtrack and Share options, as well as tattoos which never surfaced in The Sims 4 to this date. The hairstyle that’s being rocked by the Sim below also seems to have suffered a minor change. 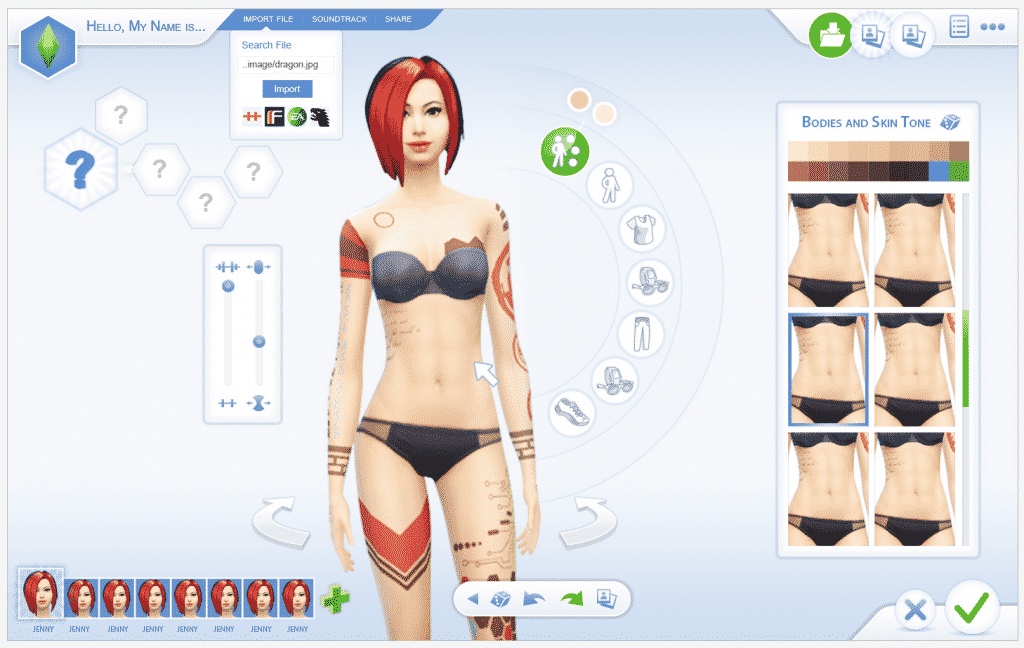 I would’ve treated this as an old concept art piece, but given the fact that it features new assets and also an icon in the user interface next to the EA logo which is a symbol of faction rallies in Destiny 2 (a game launched just a few months ago) I have a reason to believe that this concept was created just recently.

The user interface could just be a mockup since it’s completely redesigned, but the entire concept art could serve a purpose to show how the possible new tools could function in the game.

Personally I’m completely confused by this concept art piece and I hope we get more clarification soon.