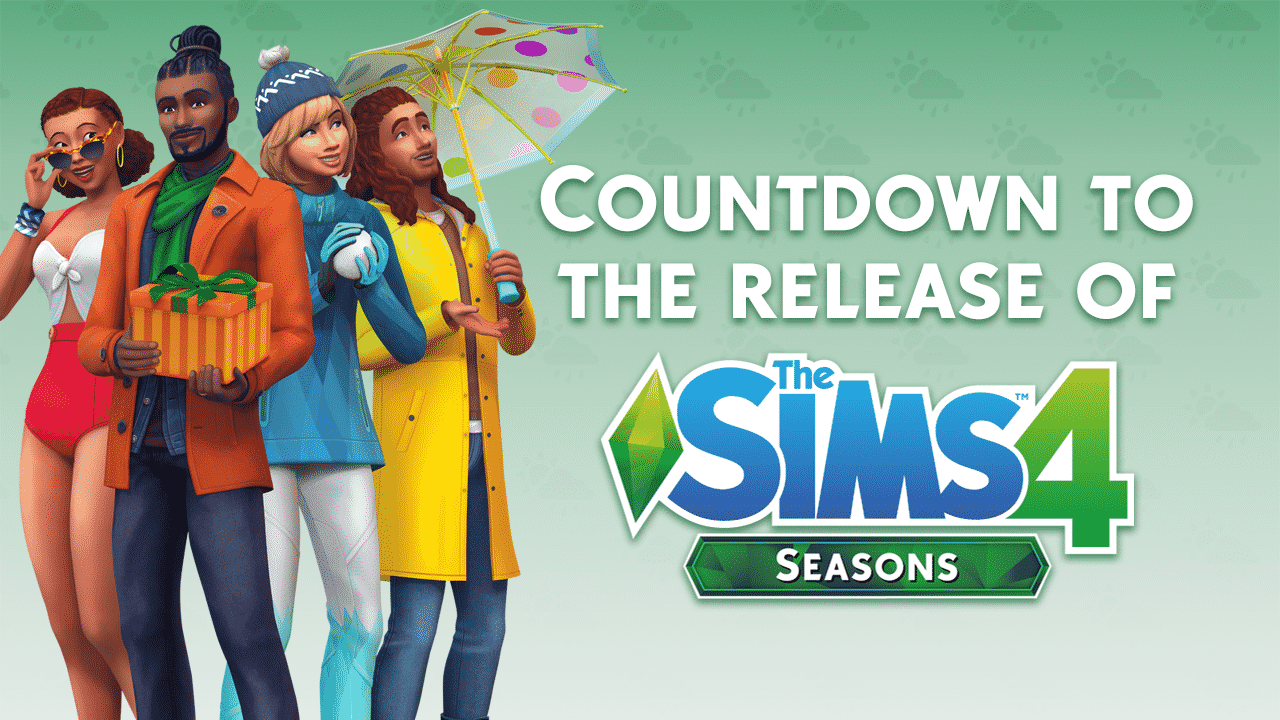 We’re only a few days away until the worldwide release of The Sims 4 Seasons Expansion Pack!

The release date & times that you’re seing below are scheduled for a midnight release (some of them close to the midnight release). As confirmed by SimGuruNick, The Sims 4 Seasons release will have 5 releases in total, with each release belonging to a different time zone / group of countries that you can see below.

In case you don’t know, this pack will release worldwide on the same day but with a staggered release across different time zones. Down below you can find countdowns for multiple time zones. Make sure you bookmark it and remember to join on June 22nd when we’ll be counting down the last hours, minutes and seconds until the release!

Also, make sure you join us as we livestream The Sims 4 Seasons LIVE and countdown together to the European and American release of the game!