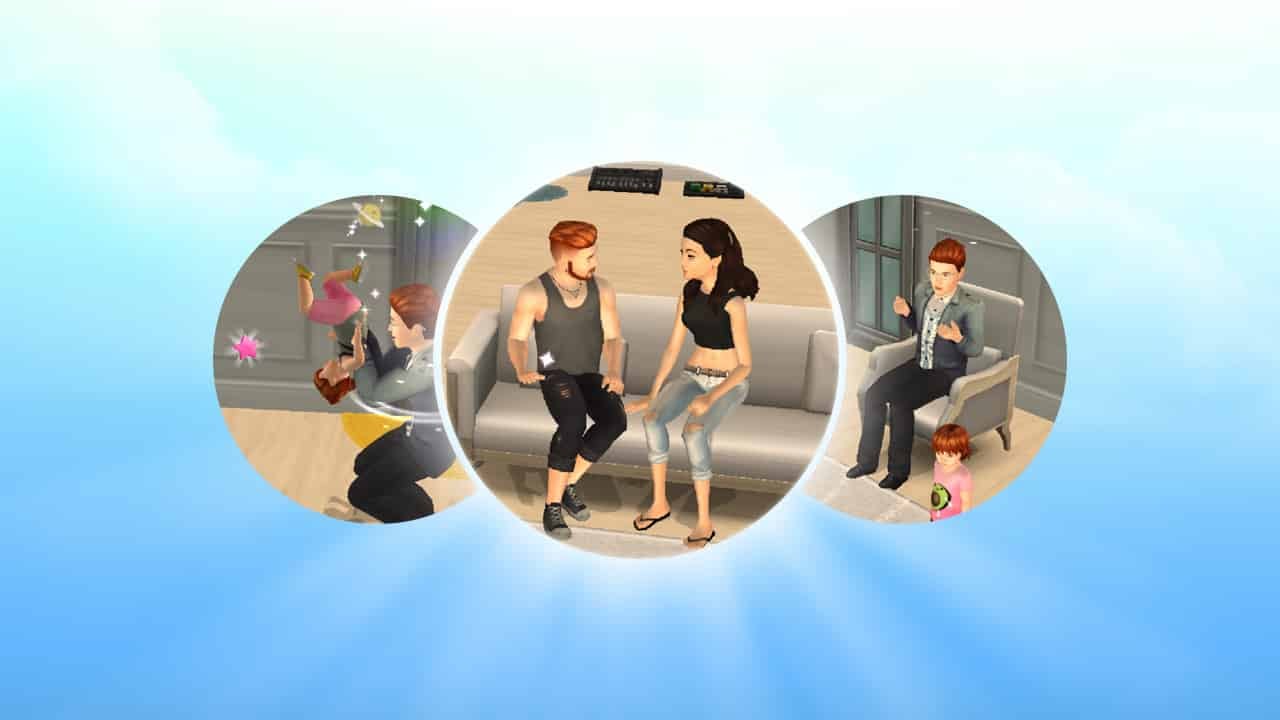 When I started playing The Sims Mobile, I wasn’t thinking about using it for storytelling. It didn’t look like a suitable platform for telling stories, especially compared to The Sims 4. You can’t cheat, everything is locked behind levels, and the game is more focused on leveling up than giving players a sandbox to do whatever they want with.

However, when my laptop died, I started going through serious Sims 4 withdrawals and began looking for other ways to get creative and tell my stories. As I played The Sims Mobile more and more, I started to realise just how much I could do with it. The in-game story chapters served as inspiration for more in-depth plots with my Sims and I started experimenting with ways to tell my stories from my phone. I learned how to adapt to a new method of storytelling. That’s when I started becoming really invested in my Sims Mobile family.

That’s why I’ll be sharing what I’ve learned about telling stories with The Sims Mobile with you; to help all the storytellers out there get the most out of their mobile gaming experience.

Before we get started on the complex stuff, let’s start with the easy stuff. How to take screenshots in The Sims Mobile in the first place. Your screenshots won’t be the cinematic masterpieces you’re used to capturing with The Sims 4, but you can still learn to work with what you have and make the most of it.

Find out how to take screenshots on your phone

Every phone is different. You’ll have to find this out on your own. I have a Samsung Galaxy S6 and I take my screenshots by pressing the power button and the home button at the same time.

The UI is here to stay 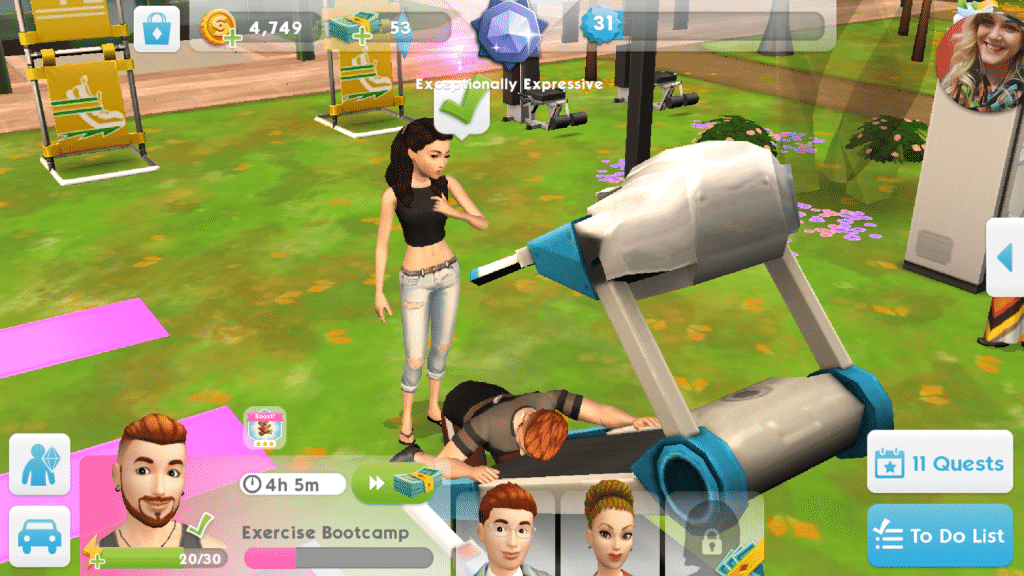 The UI might look distracting in this shot, but since there is something interesting happening, it’s easier to look past it to the story being told in the picture.

Sorry, guys. There’s no way to get rid of the UI in The Sims Mobile. You’ll just have to deal with that, but don’t let that deter you. If you’ve got a good story going on, your readers will learn to ignore the UI and focus on what’s happening in the photo. 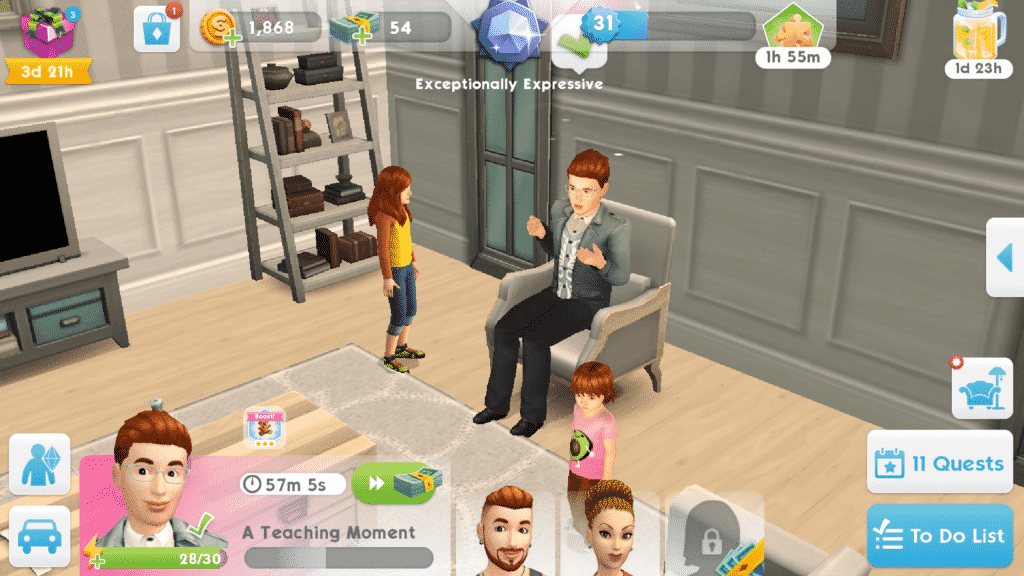 This shot has been taken from an angle that gives the illusion of full walls.

Another limitation is not being able to pull up the walls to take screenshots. All walls are permanently cutaway style in The Sims Mobile, but this isn’t that big of a deal. Sometimes you can angle your shots just right so that it’s not noticeable. You can also build your house in a way that allows for as much wall space to be visible as possible for your screenshots. Other times, there’s just no getting around the fact that some of your walls won’t show up, but again, don’t sweat it. Learn to work with The Sims Mobile instead of fighting against it. 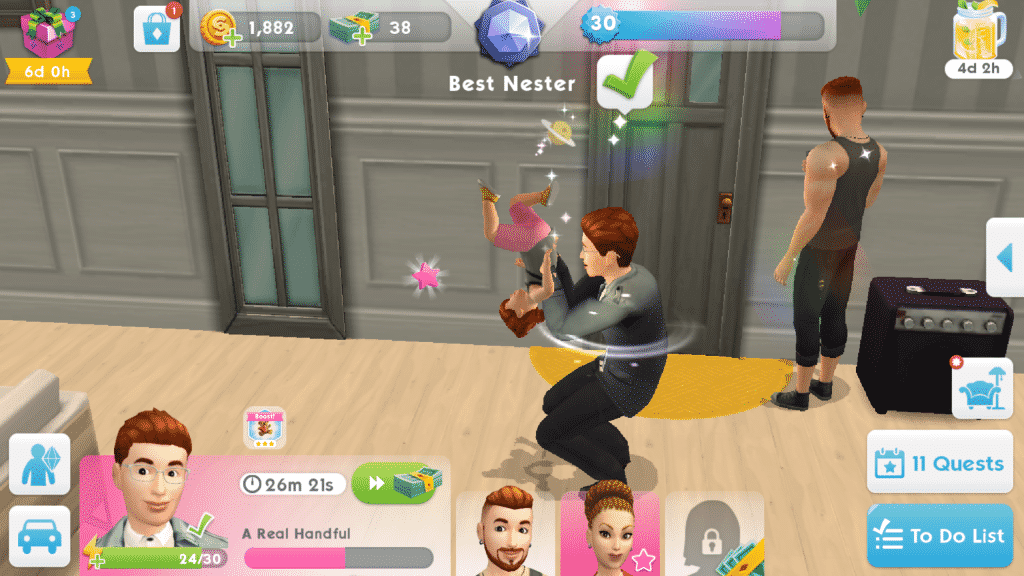 This shot had to be taken quick in the middle of an action. It can take several tries to get the perfect picture.

You can’t pause in The Sims Mobile. Everything happens in real time, so you’re going to have to get good at spotting photo opportunities and being quick enough to snap a screenshot at precisely the right moment. Be aware of everything going on around your Sim and be prepared to snap a picture at any given moment. It’s always better to have too many pictures to choose from for your story than not enough.

So you’ve got the screenshot thing down, but what about actually telling your stories? How do you come up with interesting content in a game that doesn’t leave a lot of room to dilly dally as you please? Well, you’ll need to dust off your imagination. Stop thinking about what you can’t do in the game and start thinking about how to manipulate the game to suit your purposes. I’m not talking about hacks. I’m talking about learning how to use the game in new ways.

For example, in my current story, one of my Sims had an accidental pregnancy with his one-night-stand. She showed up at his house with the baby, dumped the baby on him and took off. You might ask how that’s possible in The Sims Mobile. Well… it isn’t, but I made it possible with the power of imagination. 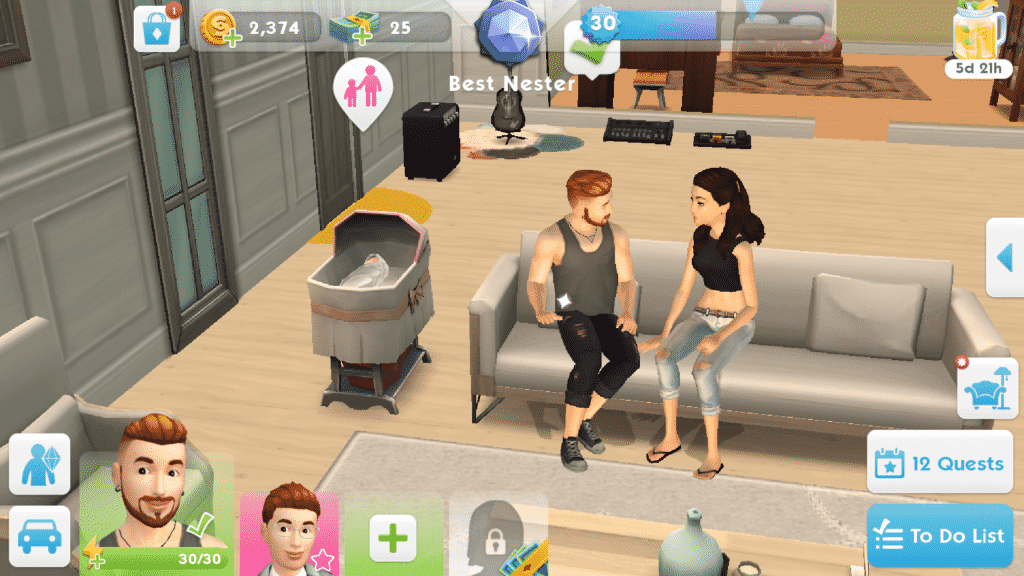 You can always set up your shots to tell the story you want, even if it didn’t happen that way in the game. Think outside the box!

All I did to pull this story off was have my Sim start a romance with another Sim outside the household, invite her over and then have a baby with her via the bassinet like normal. Once the baby was born, I placed the bassinet next to the couch in the living room and directed the two Sims to chat on the couch for a screenshot that made it look like the mother brought the baby over and is telling the father about the child.

Telling stories in The Sims Mobile is all about you and your own imagination. Always ask yourself what you can do to make your ideas come to life, whether those features are in the game or not. Where there’s a will, there’s a way.

Stuck? Let the Stories Guide You 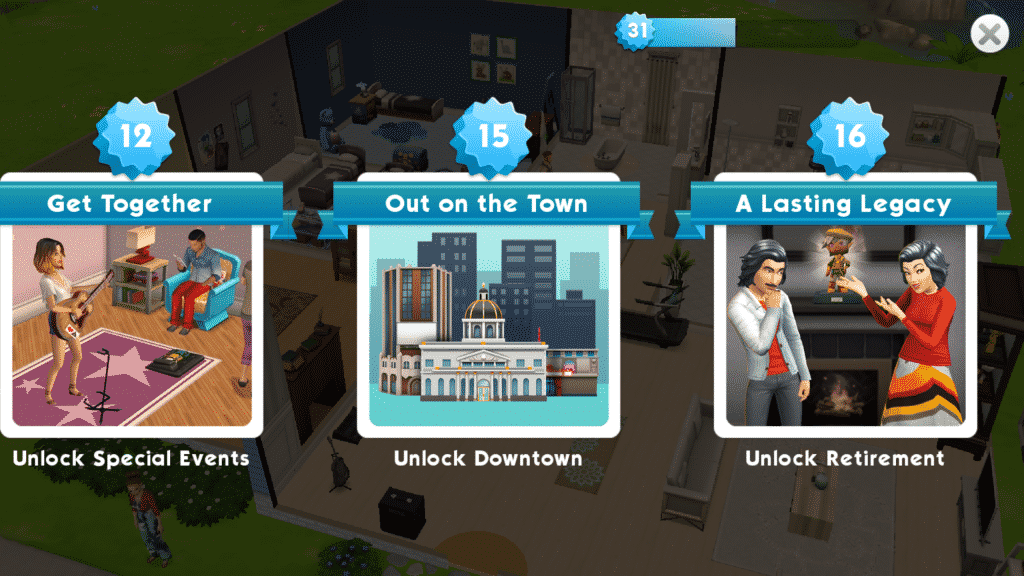 Getting to level 16 can be tough but make the journey part of the story.

You might have a hard time coming up with ways to tell unique stories at first, especially when you first start playing the game and everything is locked behind levels. You’ll spend the first 16 levels just trying to gain enough experience to unlock all the major game features, but don’t let that discourage you. You can always work these early struggles into your story. The Sims Mobile is perfect for legacy-style stories in particular so starting from humble beginnings meshes with the traditional legacy story well. 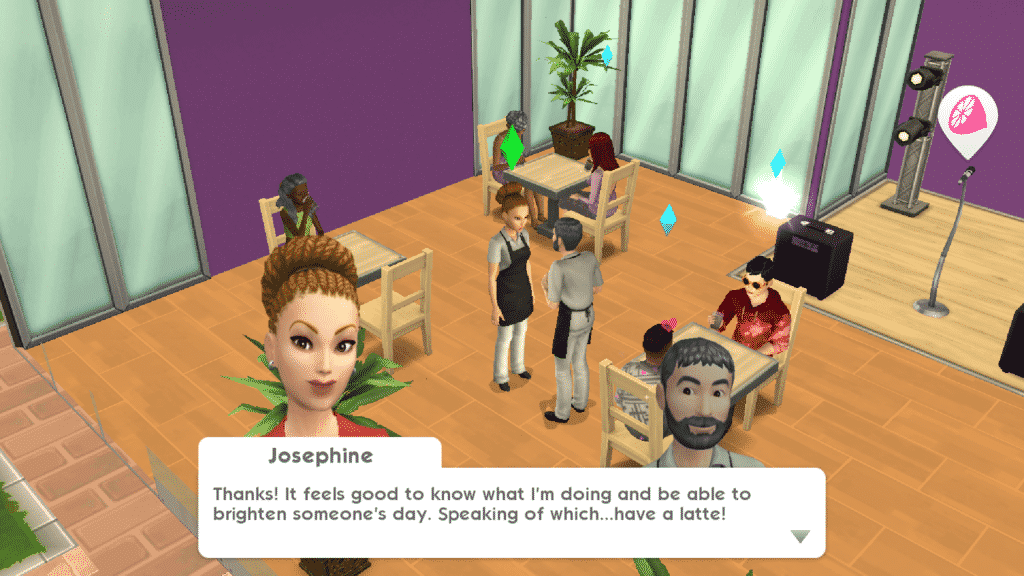 Use these quirky story chapters to your advantage if you’re feeling stuck.

Don’t forget that The Sims Mobile has its own stories! Every relationship, hobby, and career in the game is a story with chapters and witty dialogue sequences. If you’re ever stuck for ideas, you can use these stories as a springboard. I was inspired to do a generation with two warring brothers when I discovered the Sibling Rivalry relationship story and it’s provided my story with plenty of drama that all sprang from that initial spark of inspiration.

I hope these tips and tricks have inspired you to start telling more elaborate stories in The Sims Mobile!