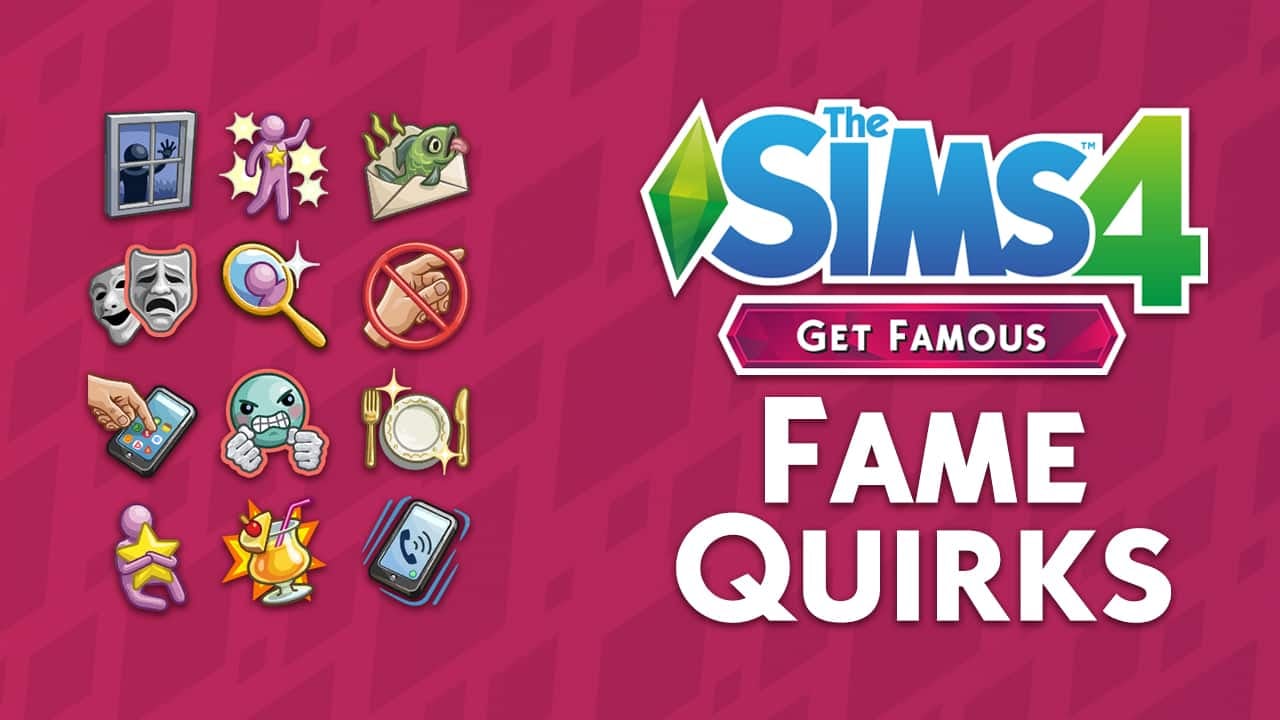 The Sims 4 Get Famous Expansion Pack comes with an interesting twist that proves that having a Celebrity Lifestyle isn’t all easy.

With Celebrity Perks come Celebrity Quirks. Unlike with a similar system that’s introduced with The Sims 4 Vampires Game Pack where choosing a Perk would sometime result in having to choose a Side Effect, this time around Quirks are assigned to Celebrity Sims often randomly through a series of different interactions. These quirks often don’t give your Sim a truly bad side effect, although some of them can be an annoyance for both you and your Sim.

Down below we’ll be listing all of the Quirks, how your Sims can obtain them and what they mean for your Sims.

Each time your Sim touches another Sim with a lower Celebrity level they’ll get the +1 Tense Moodlet which lasts for 4 hours. There are plenty of interactions with other Sims which are considered touching including Hugging, “Trick With Hand Buzzer” and a lot more…

The upside of this quirk is that Sims will get a confidence boost after successfully avoiding any physical contact with a lower level Celebrity for a certain period.

With this quirk Sims who eat an excellent meal will get a +3 Happy boost. However, eating anything less than that will give them a +1 Uncomfortable moodlet.

Staying away from the mirror will make your Sims tense. However, they can quickly fix that by interacting with the mirror and selecting “Admire Fine Self” interaction which will then give them a confidence boost.

This quirk will make sure that your Sim gets assigned with a Stan – an NPC that will often follow your Sim wherever they go – including their own residental home. One of the usual occurances is a Stan rummaging through your trash can.

You can definitely chase these stans away, but it may take more than attempt for that to be successful…

Sims with this quirk will often get very tense and uncomfortable moodlets if they don’t visit the bar way too often. However after ordering and drinking any drink from the bar your Sims will be satisfied for a certain period.

The description of this quirk is pretty self-explanatory. However, it’s worth noting that this quirk will easily lead up to death by anger if you don’t take care of your Sims properly. For example if your Sim gets into a Very Angry state they’ll be getting the +8 Angry Moodlet that won’t last for long but could still be enough to trigger the death. 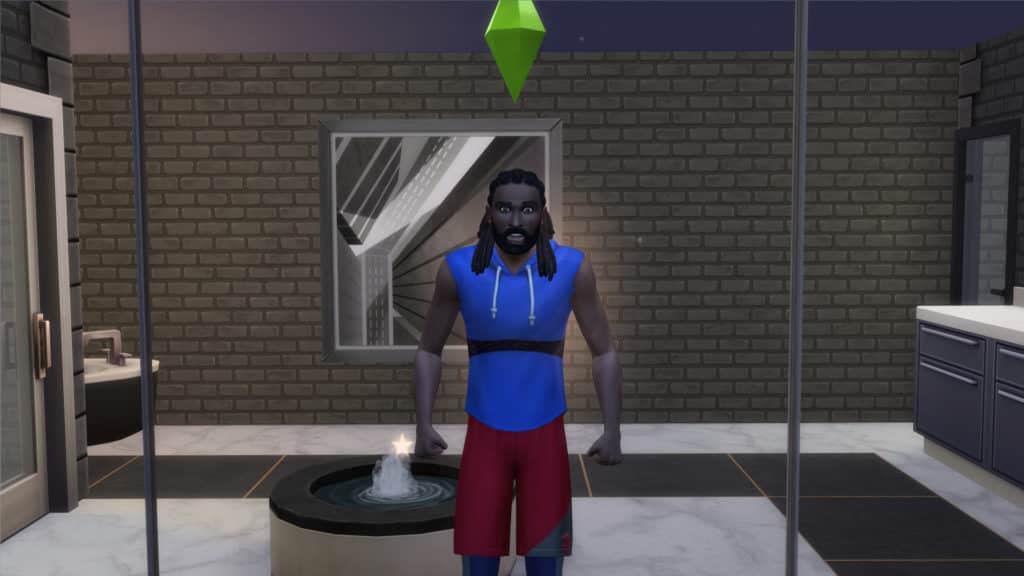 Although not a completely negative quirk, your Sim will have a lot more paparazzis following them around which means more disturbances in their everyday activities.

Your Celebrity Sim is going to go through a rollercoaster of different items being put in their mailbox…daily. From spoiled cupcakes to rotten fish there’s a lot of unpleasant surprises that await your Sim! 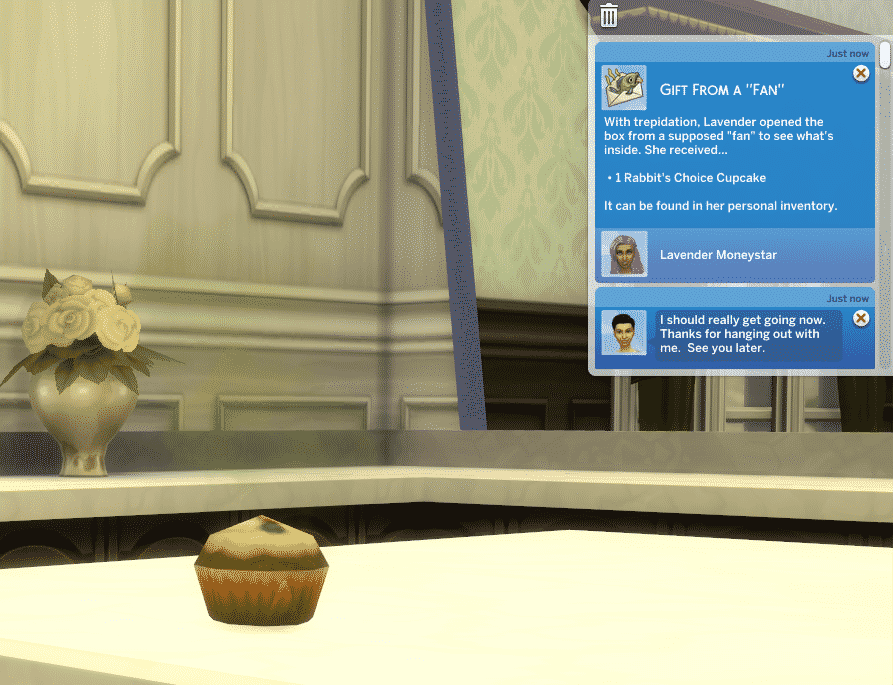 It’s simple – Actor Sims with this quirk will definitely not enjoy any jokes or funny interactions and will usually put them in an Angry mood.

Having your number out in the public is both a blessing and a curse. Sims with this quirk will get all sorts of messages on their phone – both positive and negative that will accordingly influence their mood. 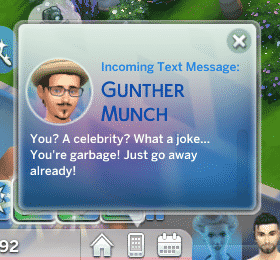 Sims with the Phone Fanatic Quirk will become Tense if they don’t play around with their phone for a certain amount of time. You can quickly fix that by interacting with the phone (browsing the net, playing mobile video games, interacting on social media and more). 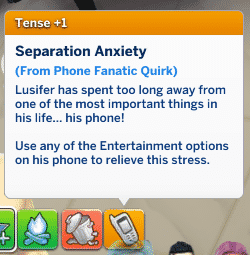