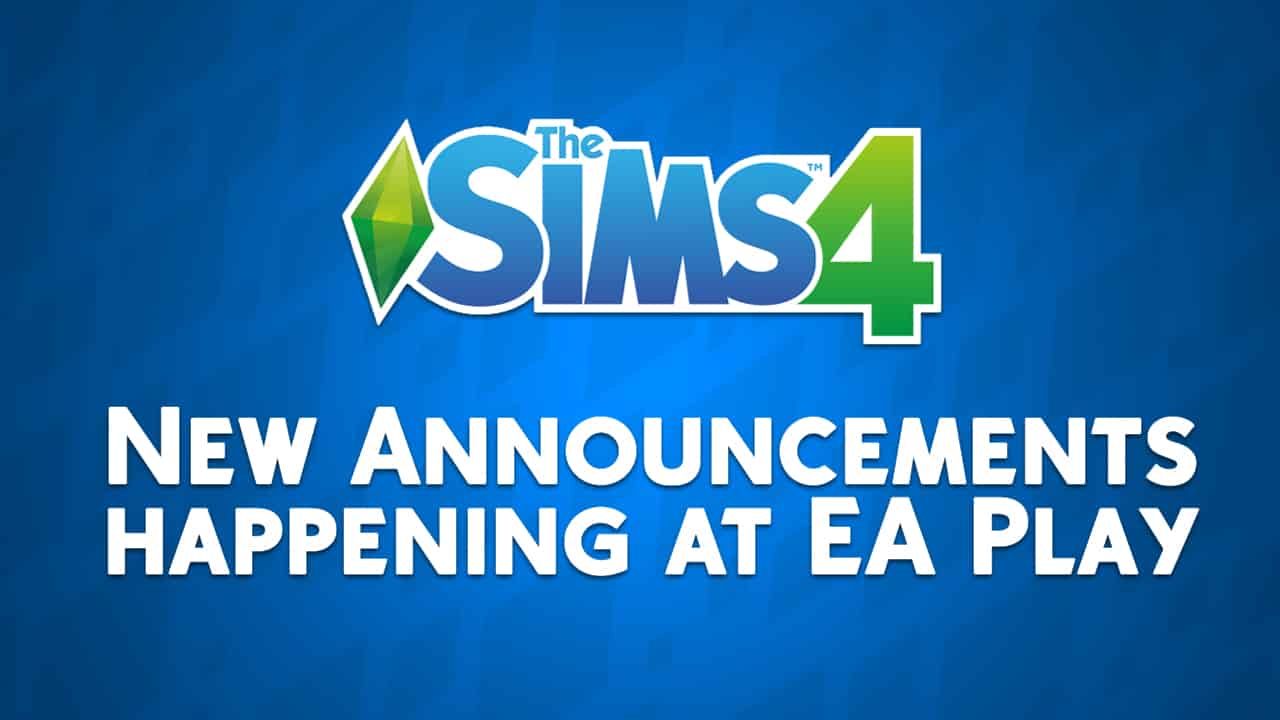 UPDATE: SimGuruGibson has deleted the tweet and posted a new one, saying that “he shouldn’t have declared anything about content releases”.

Sorry for any misinformation everyone, I feel pretty silly. To be clear, we do plan on talking about Sims 4 content at EA Play, but I shouldn't have declared anything about content/releases considering I'm not involved in deciding when/how we talk about new content. Thanks!

We’ve speculated about the possibility of a brand new announcement happening for The Sims 4 at EA Play. However, nothing was officially stated or said by The Sims Team that it’s 100% happening – until now.

SimGuruGibson revealed that The Sims Team has shared a few interesting details over the last couple of days (such as 350 New Swatches for Base Game Objects) but that they’re keeping the main announcements (yup, plural) a secret until EA Play.

We have talked about some new stuff in the past few days (new swatches), but the rest is going to be debuted at EA Play. The announcements there will be a lot more exciting (and more detailed), and it’s only 11 more days, the wait will be worth it!

In case you don’t know the EA Play 2019 event starts on June 8th, 2019! We’ll be attending the event as well and bring you the latest news and updates straight from the event!