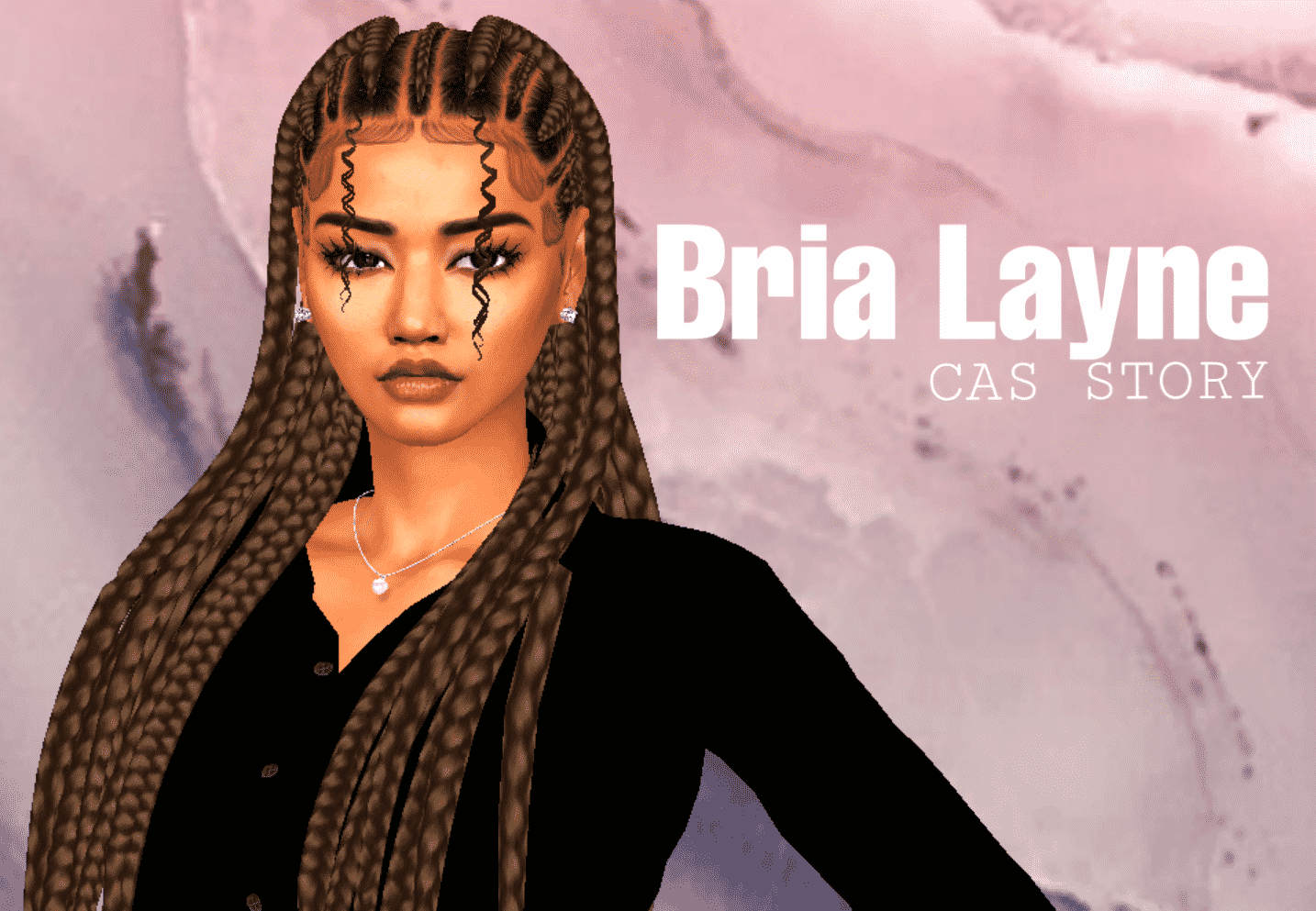 For a long time, Bria has always been interested in photography and now that she has saved up enough money to move out of her parent’s tiny house, she was able to make that dream a reality. Moving to the big city Bria was to find an apartment big enough for living and space to fit some equipment she managed to buy over time to make a little ‘photo studio’.

It wasn’t easy for Bria to find persons who were willing to give her a shot because she was an amateur but she was still hopeful because she was confident in her photography skill. While walking in the city Bria decided to take some photos of the scenery and upload them to Simstagram, while doing this someone noticed and took an interest in her, soon after that Bria was headed for great things.

After a few clients/models, taking photos for couples, family photos even head shots, Bria was able to get her name out there and show people what she was capable of which made her a bit recognizable. In about a month Bria managed get more confident and people started to really appreciate her work.

While checking her email, Bria noticed she received an email from Octavia Moon requesting her to take the photos for her upcoming style shoot her because she was preparing for her album release. Bria was elated to have a client such as Octavia recognize her work and replied to the email instantly agreeing to do it.

Bria didn’t expect Octavia to be a nice person, she always thought everyone from the Pinnacles were self absorbed but she was wrong. Octavia was a really humble person and the way she treated her crew made Bria realize that not everyone was as high maintenance as she thought.

The job for Octavia took about three days to complete, making sure everything was perfect and there were no flaws with the photos. Octavia was really grateful for Bria, not only because she came through with the job, but because she was impressed at how professional Bria came out to be during this time.

In a matter of time, Bria managed to get her name out in the open. She was able to obtain a lot of high profile models, being the photographer her some of the the most famous companies and she was also able to get a real studio during this time. People were aware of Bria and who she was but with appreciation comes disregard and there was a lot of that when Bria came into the spotlight but that didn’t stop her from doing what she did best.

Bria was really happy with what she had accomplished from being a photographer. If it wasn’t for her moving to the city she wouldn’t met the man in the city nor would she have been recognized for her talent.