The Sims 4 Realm of Magic sees the return of the perks panel with twenty-four perks your Spellcaster Sims can choose from. Of course, this all depends on the kind of magic you want you Sim to learn.

The Spellcaster Perks will really allow your Sims to harness their Magic and become the greatest Spellcaster in Glimmerbrook.

As your Sim practices magic, learns new spells & potions or by taking part in Duels against other Spellcasters, your Sim will earn Spellcaster experience points. Once your Sim maxes out the rank bar they will be awarded Talent Points and progress up to the next rank. 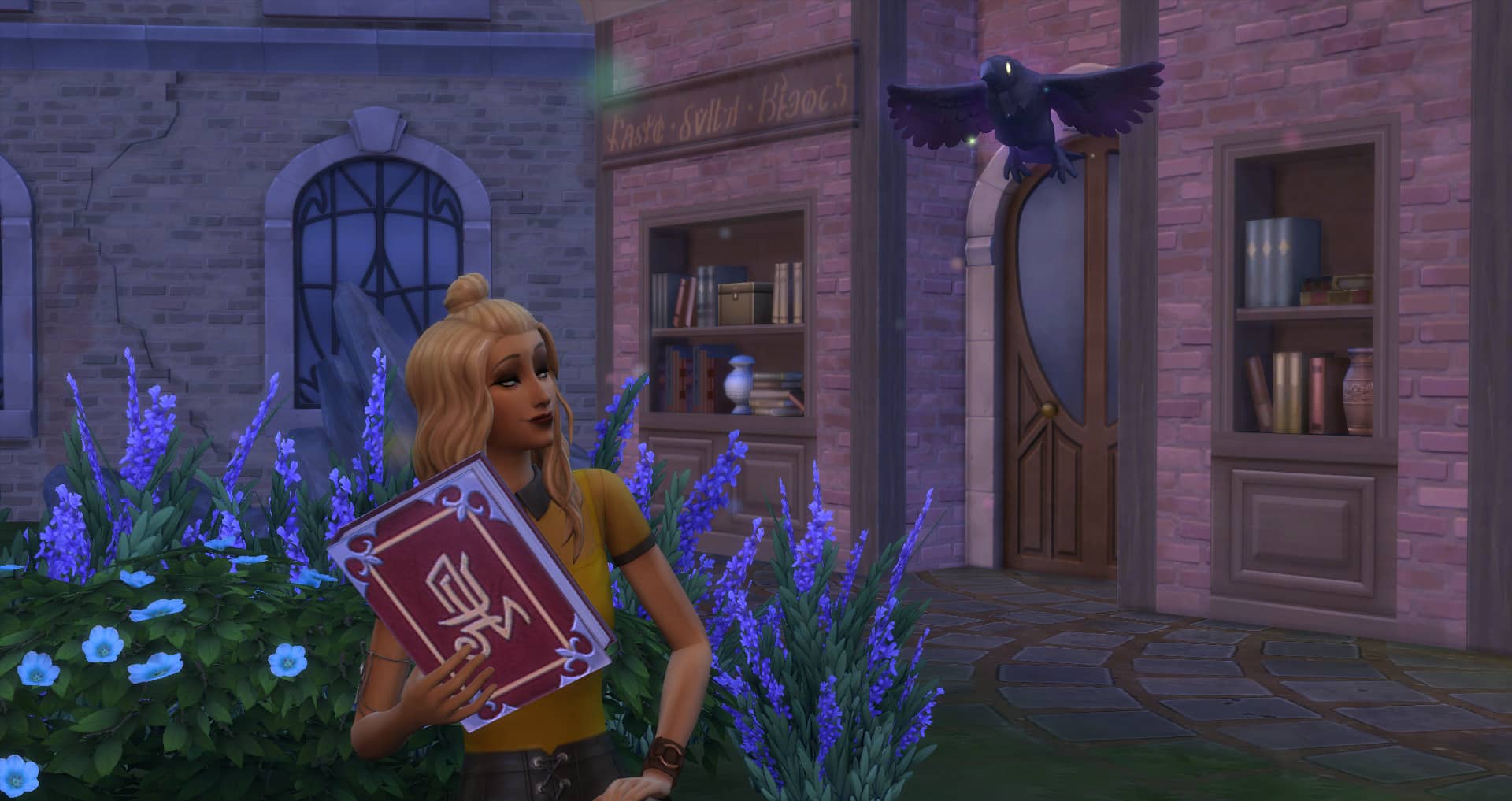 There are a total of six Spellcaster Ranks and when you first become a Spellcaster, your Sim will be ranked as an apprentice.

The other five Spellcaster Ranks are as followed:

Every time you level up your Spellcaster Rank, you will be rewarded with Talent Points to spend on Perks.

“Perks contain a variety of helpful ways to increase magical prowess. As one gains more experiences and titles they also gain Talent Points. Invest wisely. Your Spellcaster rank determines what perks are available. Perks attached with a line must be purchased in order from the bottom.” 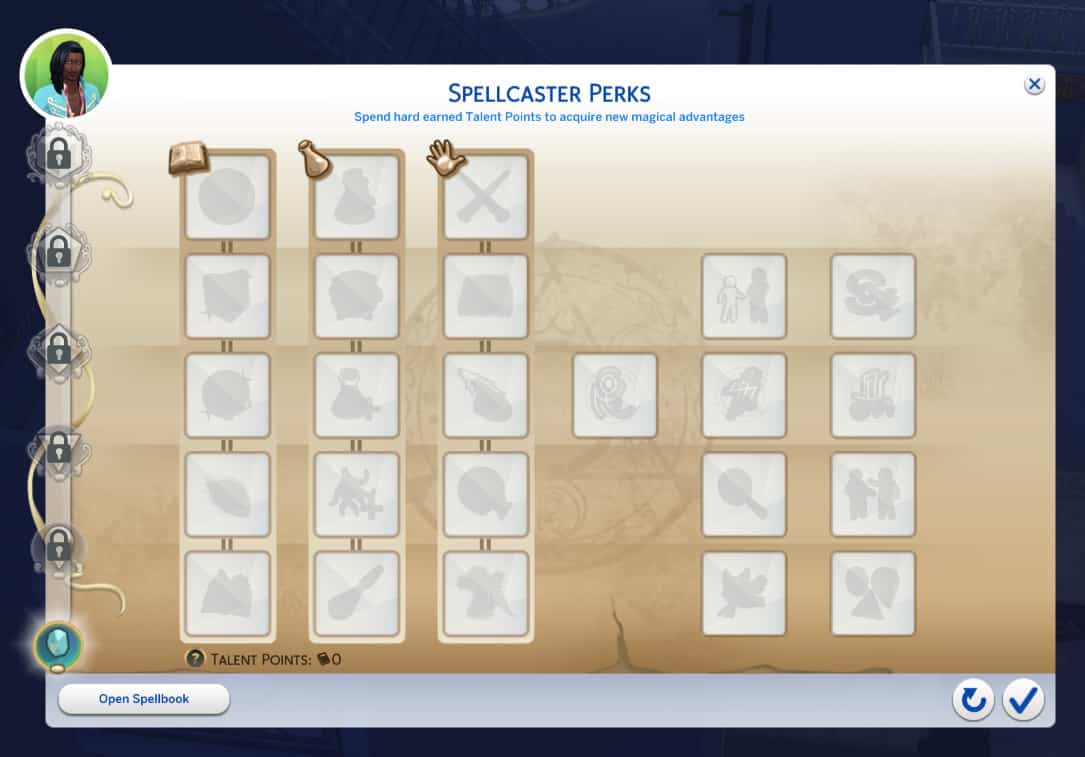 When you first start as a Spellcaster, you will not have any perks selected and your perk screen will resemble the one above.

Once your Spellcaster Sim has earnt their fair share of Talent Points, your Spellcaster Perks panel could look a little like this. However, there are numerous perk combinations that you can have too. 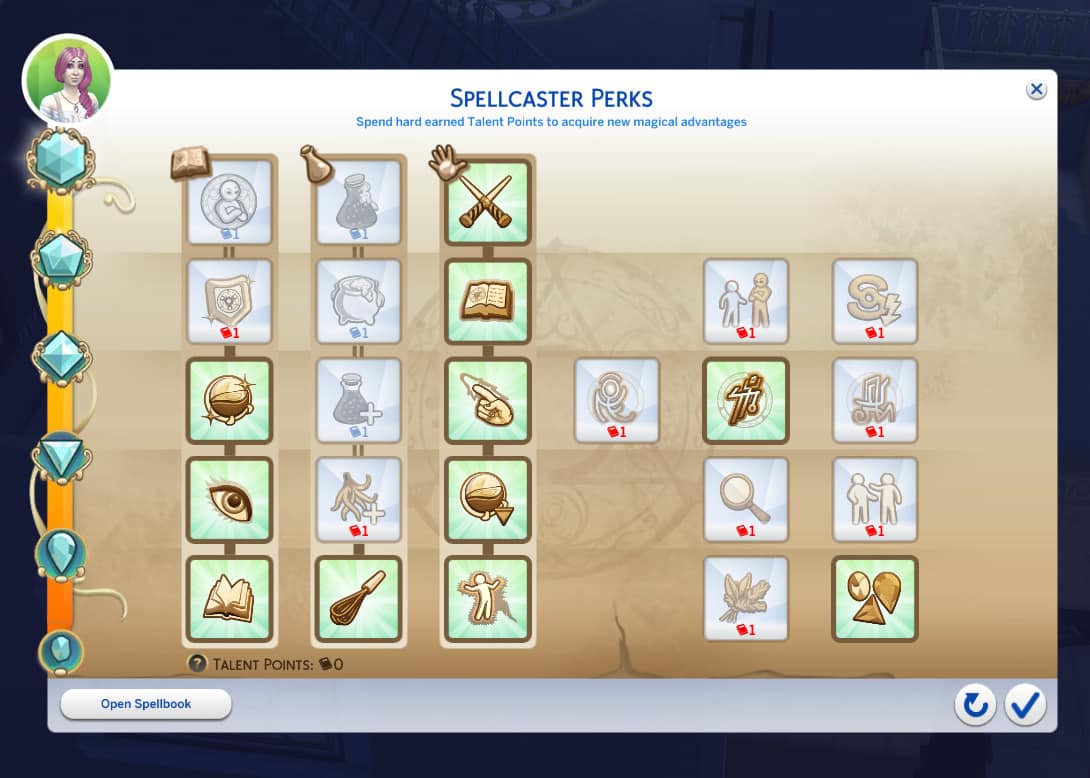 Remember: If you are not happy with the Spellcaster Perks you have chosen, you can use a Potion of Perk Purging to reset them and select the ones you want again.

Track One – Represented by the spellbook

Track Three – Represented by the hand

While the above perks are progressive and tailored towards a specific aspect of Spellcasting, the perks from the right-hand side of the Perks panel can be added in any order. 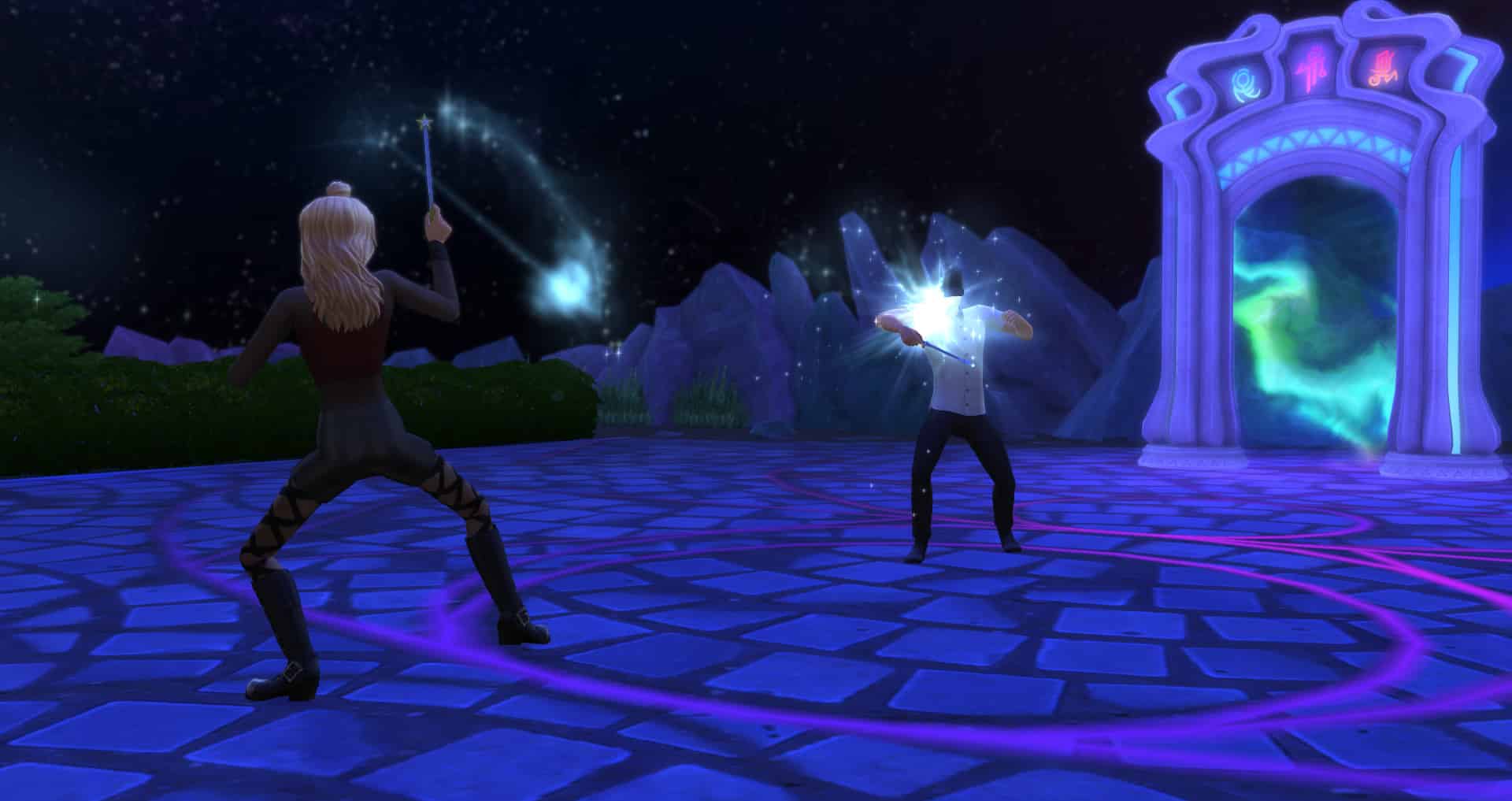 The Spellcaster Perks really give you the opportunity to fine-tune your Spellcasters magic and focus on a particular aspect. Of course, if you really want your Sim could master everything a Spellcaster can possible master!