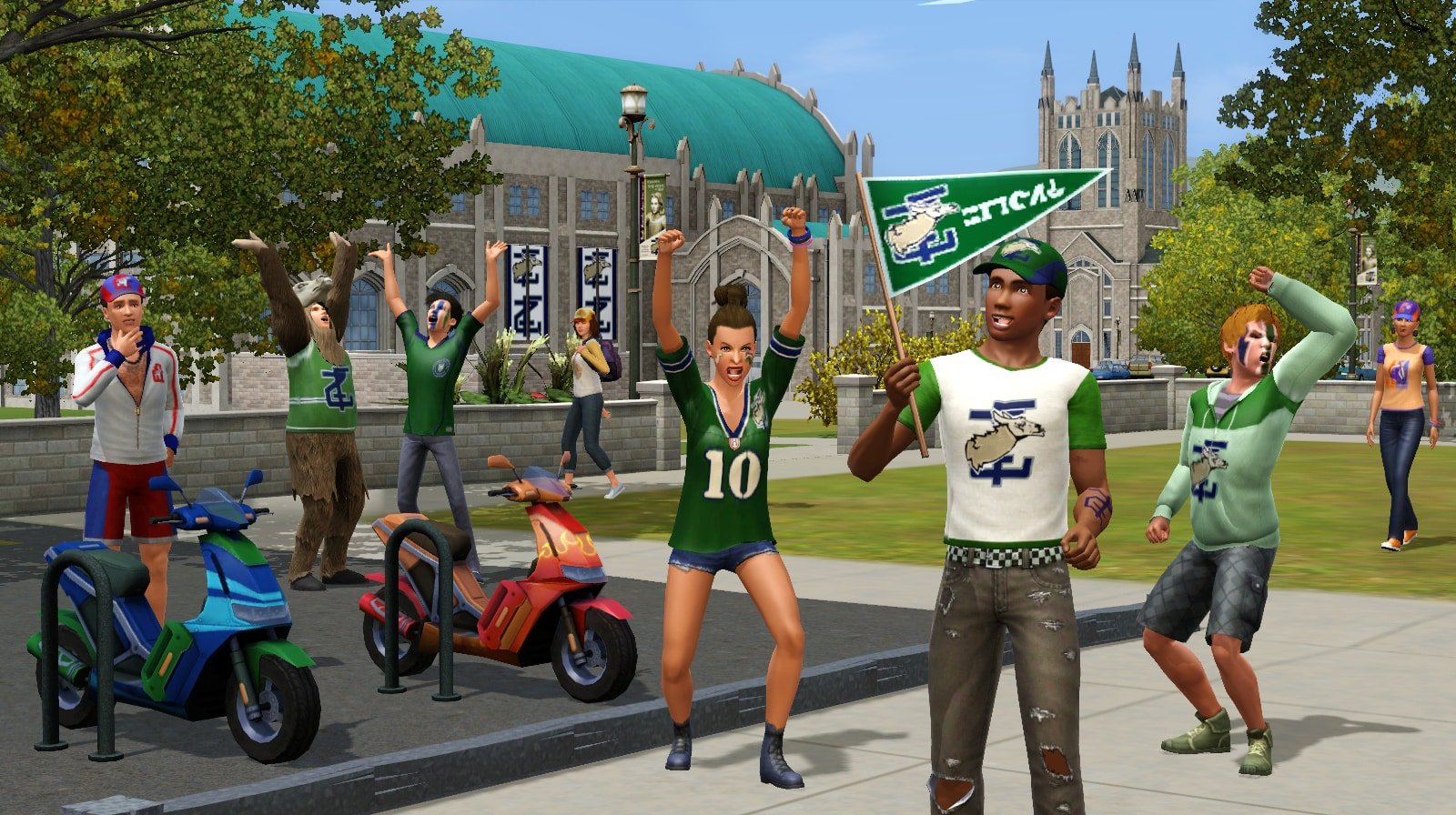 PLEASE NOTE: This post is purely speculation and doesn’t contain any official confirmation (yet) about the theme or content of The Sims 4’s upcoming pack.

A few weeks ago we shared an article about the possibility of The Sims 4 Discover University (EP8) being the next expansion pack. There was also talk that it could be launched as early as November 15th, 2019. Again at this time, the information that the community has seen is all speculation and nothing has been officially confirmed by EA.

You can read the previous article here.

However, another listing has appeared online. This time it is from the retailer LiveKaarten.

The listing itself doesn’t give us any information about what we could see in the potential upcoming expansion pack or a glimpse at the official box art either. It does, however, give us the same November 15th, 2019 release date as well as the same The Sims 4 Discover University name. The pricing also seems to be roughly in line with the normal expansion pack pricing also.

That’s not all. It would appear that a second listing has also appeared over on JoyBuggy.dk with the same information. Despite the box art being different from the previous listing the release date and expansion name are also the same. 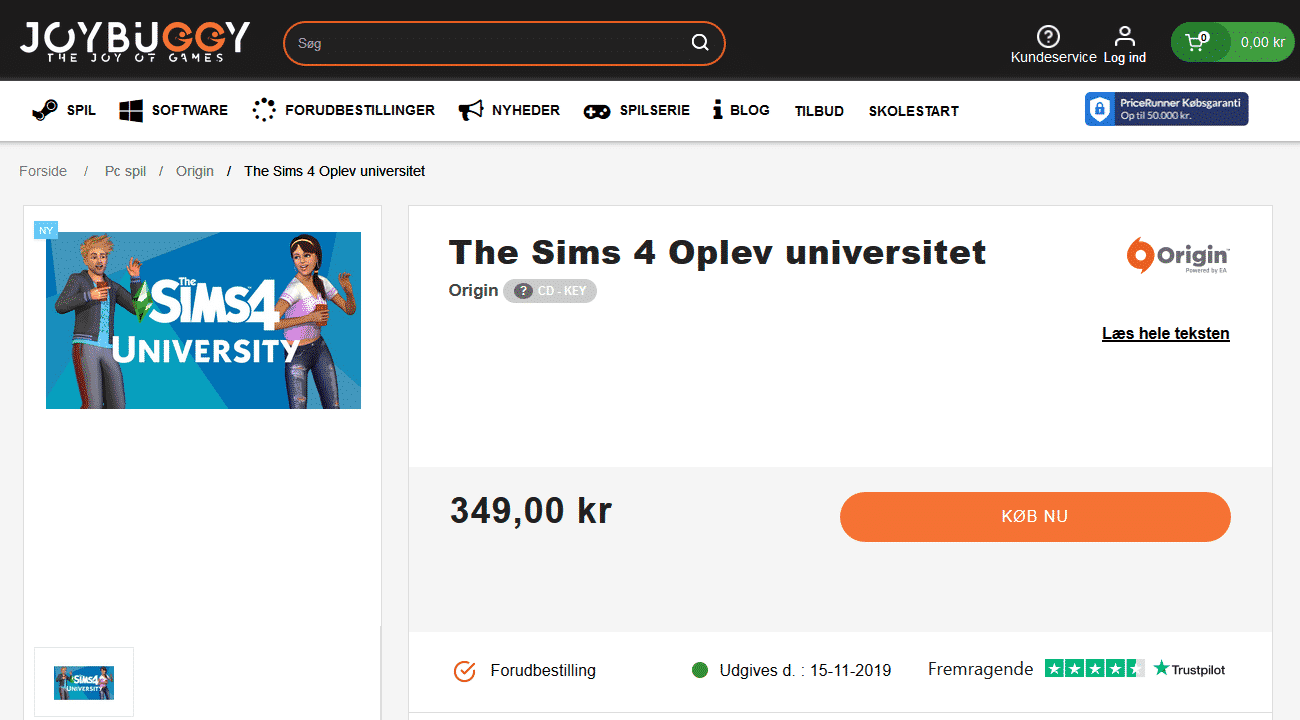 After seeing the information about these two new listings, I decided to explore the internet myself to see if anything else came up. I was in luck and discovered that what appears to be a sister site to LiveKaarten, LiveCards.co.uk also had a listing for the new expansion pack.

Since this article was originally posted, we have come across another listing for The Sims 4: Discover University online. This time it is from the digital retailer CDKEYS. Again the rumored expansion is available for pre-order and also releases on 15th November 2019. 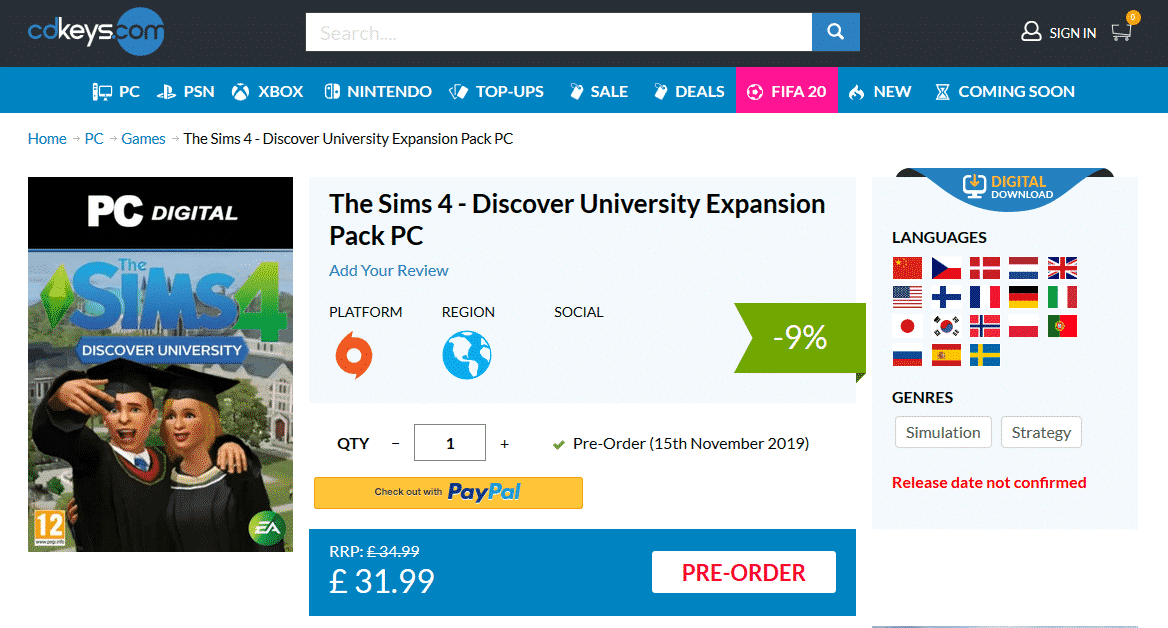 Out of all of the information that has been seen so far over the last few weeks, the two things that have been consistent for each listing is the expansion pack name and the release date. While each listing currently has a placeholder image for the box art.

Hopefully, we won’t have to wait too long until we see an official announcement from The Sims team!

Let us know what you think about these new listings for the possible new expansion pack in the comments below.