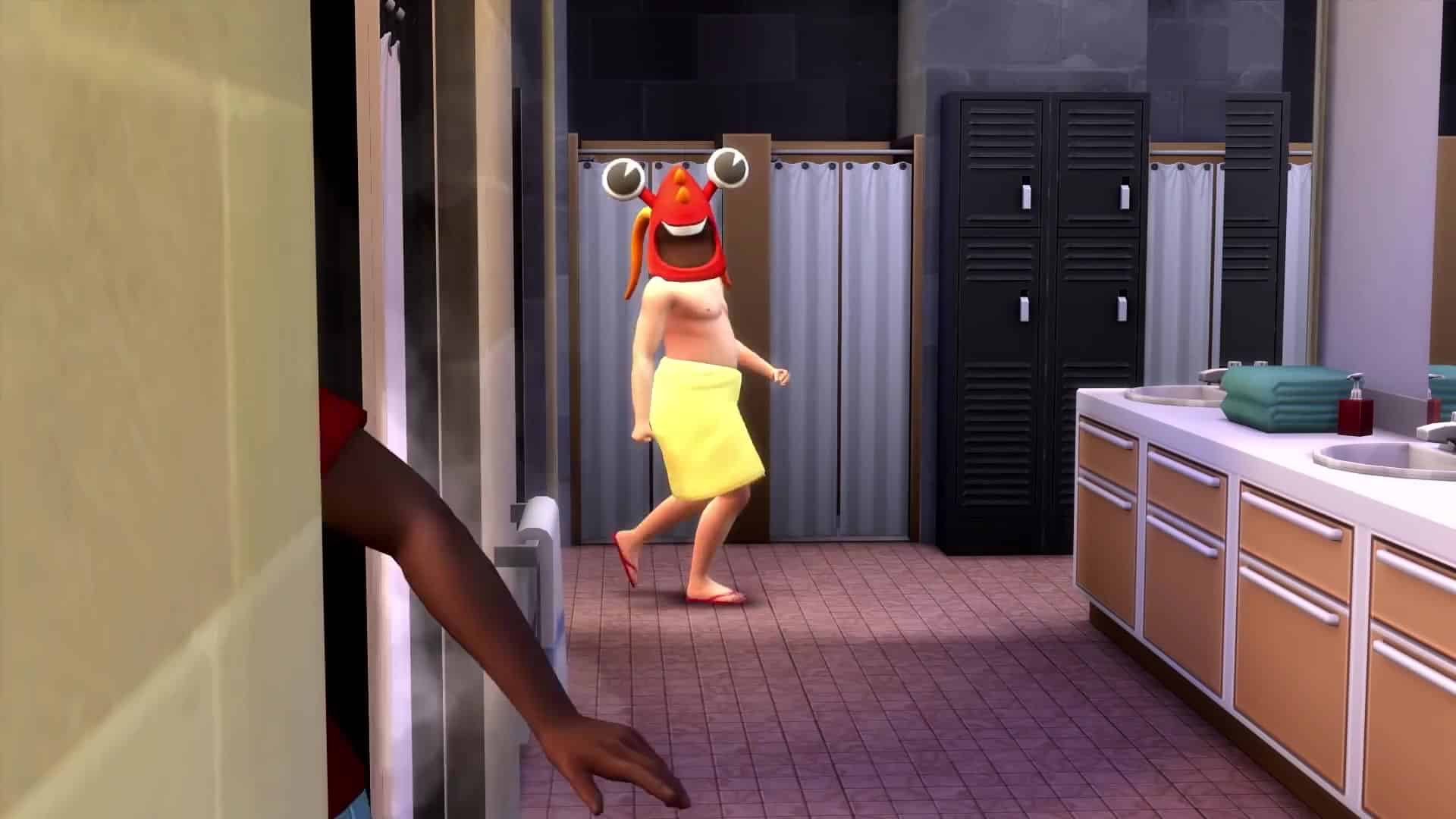 The Sims Team sent shock waves through the community yesterday by dropping the reveal trailer for the highly anticipated upcoming expansion pack, Discover University. Needless to say, we are NOT calm!

In the rippling excitement, you might have missed certain details. I know I had to watch over a dozen times! Here’s everything we were able to spot in the trailer! 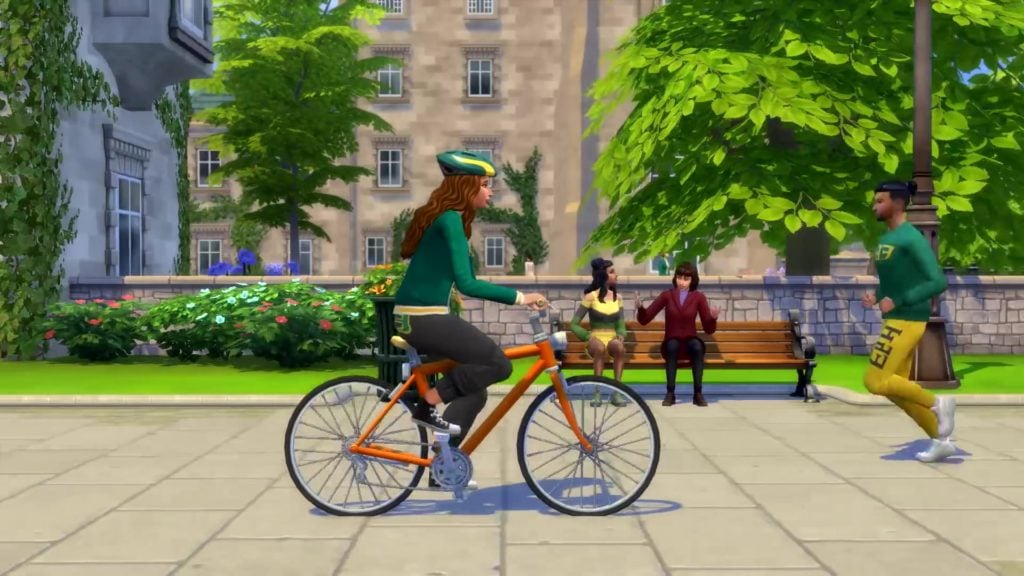 No one could miss the introduction of bicycles! They were very prominently featured in the trailer. We certainly appreciate the inclusion of a bike helmet to go along with it. Safety first, kids!

More tattoos are another popular request and one that The Sims Team delivered on in Island Living. It looks like we’ll be getting even more tattoos in Discover University. We managed to catch a glimpse of a cat tattoo, what looks like a dog tattoo, and a daisy tattoo.

It looks like we’ll be getting robots back! No news yet on whether they’ll be comparable to the Plumbots from The Sims 3, but in the trailer, a humanoid robot can be seen being worked on by a Sim, along with a smaller levitating robot in the background at a few different points. 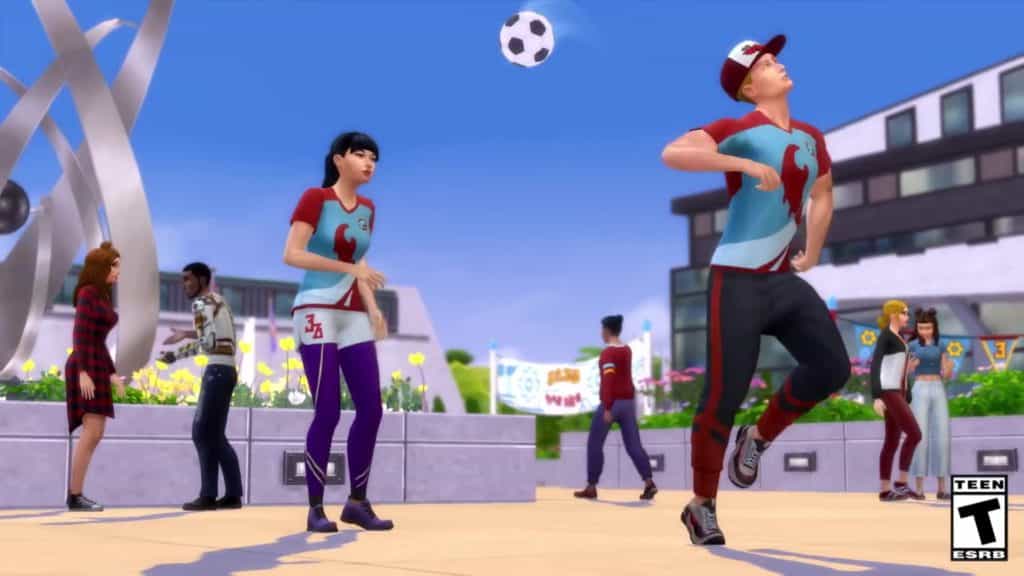 Representation of various disabilities in The Sims 4 has been a central discussion in the community for some time now. In the trailer, it looks like some of the Sims have prosthetic limbs. We don’t know for sure if this robotic arm is permanent or just a cool gadget that can be worn like a smart watch, but either way, this could look promising for more prosthetic limbs, wheelchairs, and other items that could improve representation in the game. 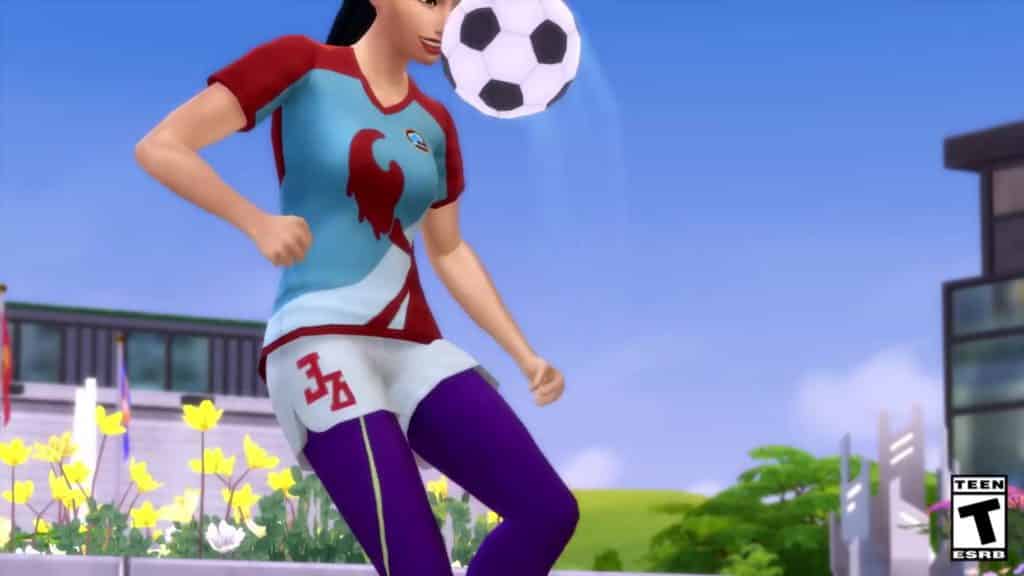 Basketball was introduced in City Living, and since then, Simmers have been asking for more sports to be added to the game. It looks like soccer could be a new sport our Sims can play both on and off campus. 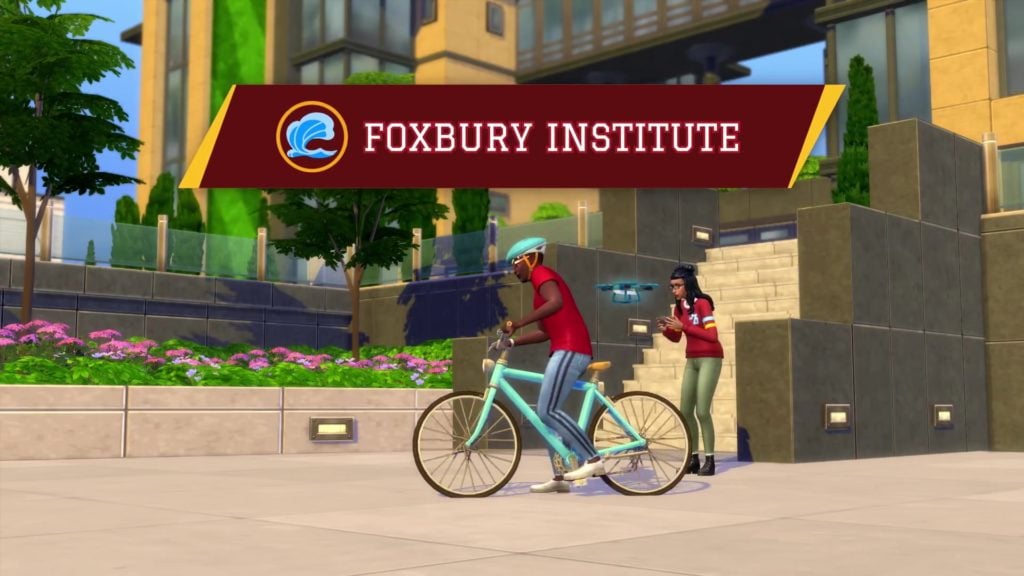 Drones were introduced to The Sims 4 in Get Famous, but given that robotics seems to be the focus of Foxbury Institute, it wouldn’t surprise us if these new drones in Discover University had some cool new features beyond just recording video. 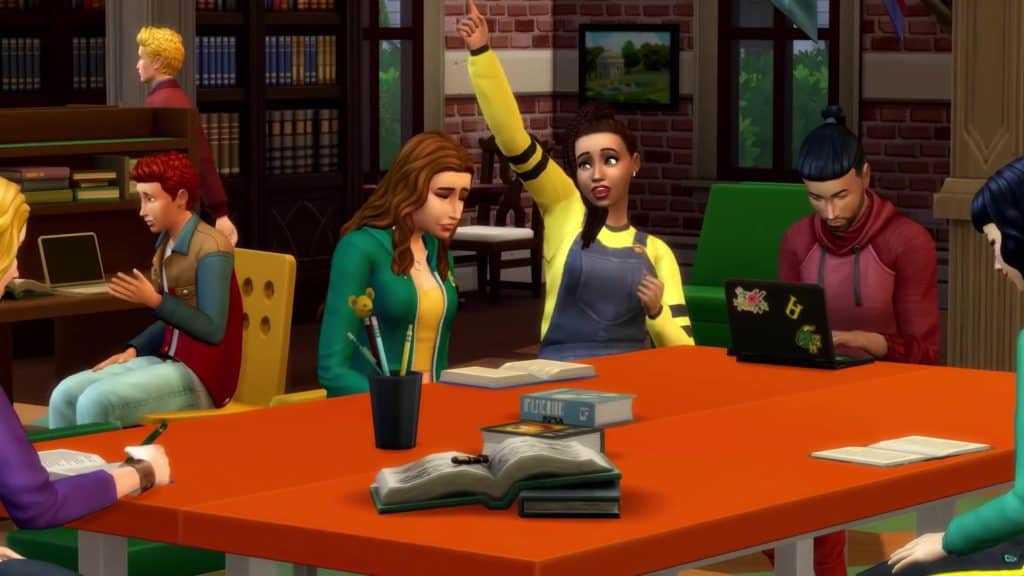 Laptops initially came to The Sims 4 in StrangerVille. Later, a chromakey laptop was added to the base game in a free update as a Freelancer career reward. It looks like Discover University will add a new laptop to the game. This sticker-covered, beat-up laptop certainly reminds us of our university years. 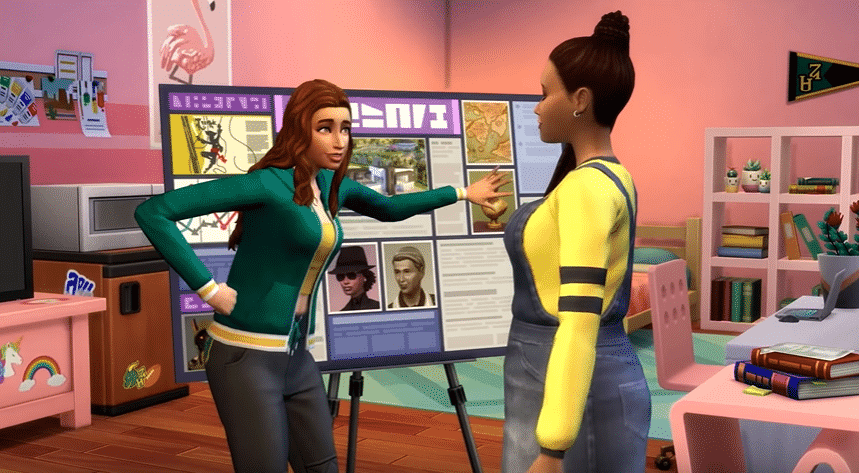 Tiny home builders, rejoice! Mini fridges are coming back and they can have small appliances and other clutter objects placed on them! These are going to be great space-savers in those cramped, humble starters. 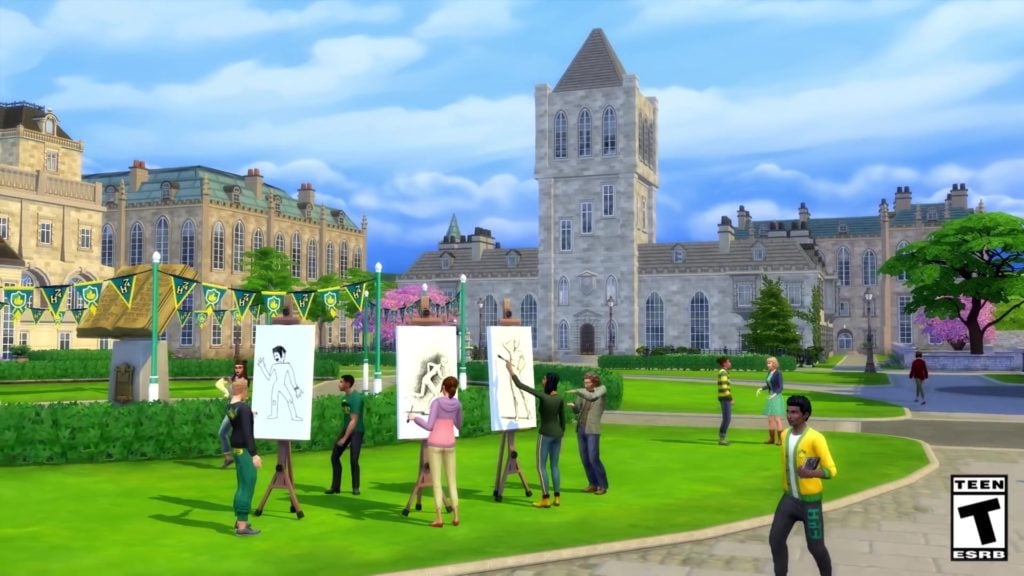 New easels and paintings are something that have been sorely needed for a long time. For the most part, they hadn’t really been updated since the base game first launched. It’s refreshing to see our artistic Sims will have new things to paint and new tools to paint them on. 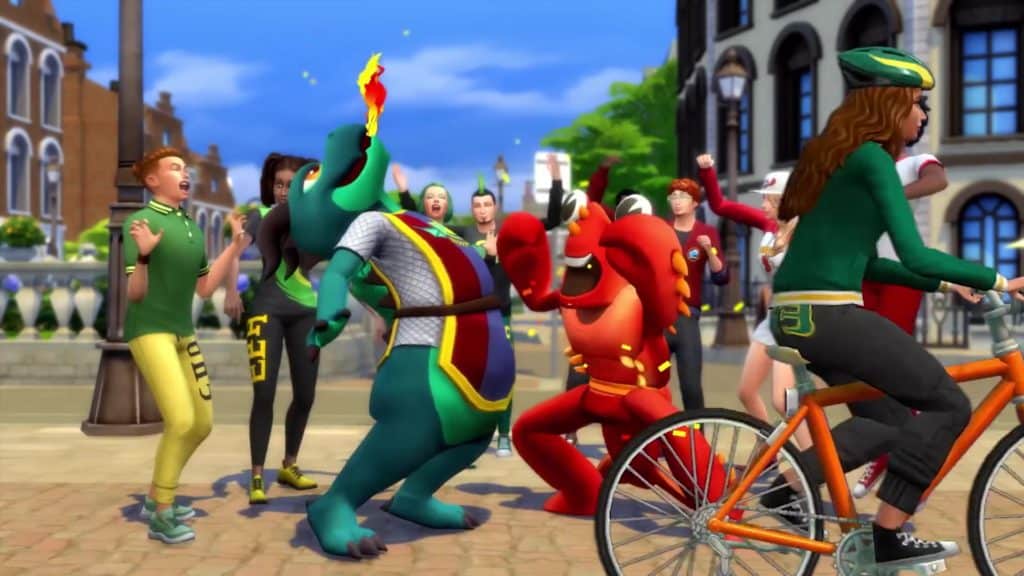 What would The Sims be without silly costumes? Among some of the more out-of-this-world clothing options coming with Discover University are team mascot costumes! It looks like the Britechester mascot is a dragon and the Foxbury mascot is a… lobster??? Shouldn’t it be, y’know, a fox? Someone get to the bottom of this mystery! 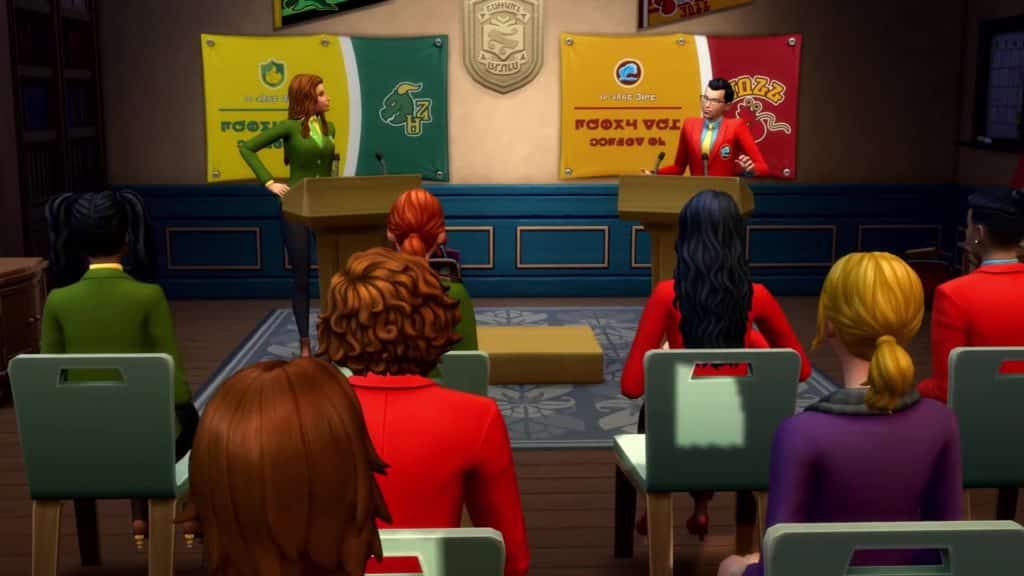 As a graduate from a university that shared its campus with another college, this particularly excited me. It looks like the students from Britechester and Foxbury will be able to intermingle and even compete against each other in extracurricular activities, if this debate scene from the trailer is any indication of gameplay. 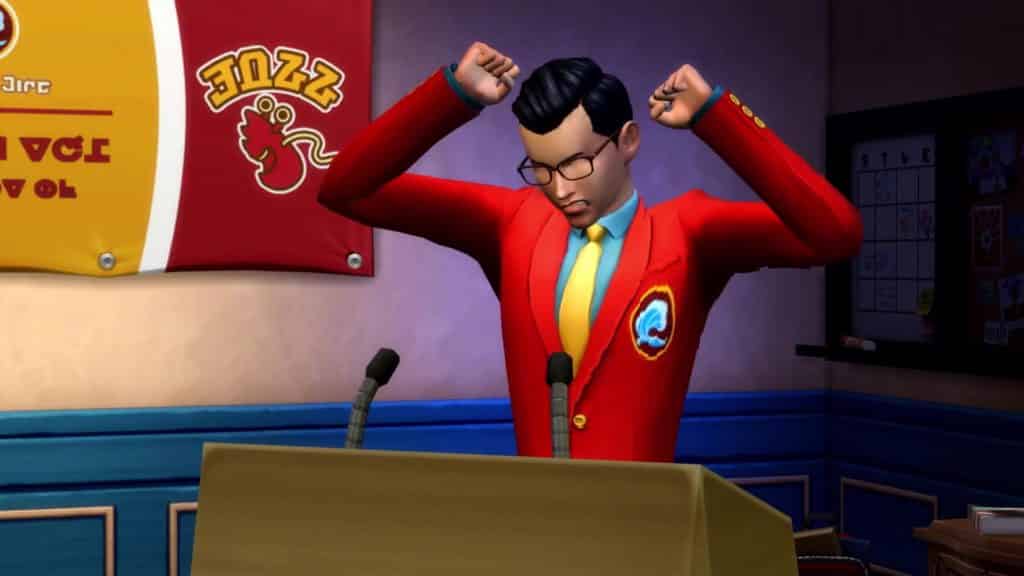 This academic calendar seen hanging on the wall in the background here may just be wall decor, but we’re hoping it will have a function similar to the family bulletin board from Parenthood; instead of helping Sims manage a family, it would help students manage their timetables and extra activities. 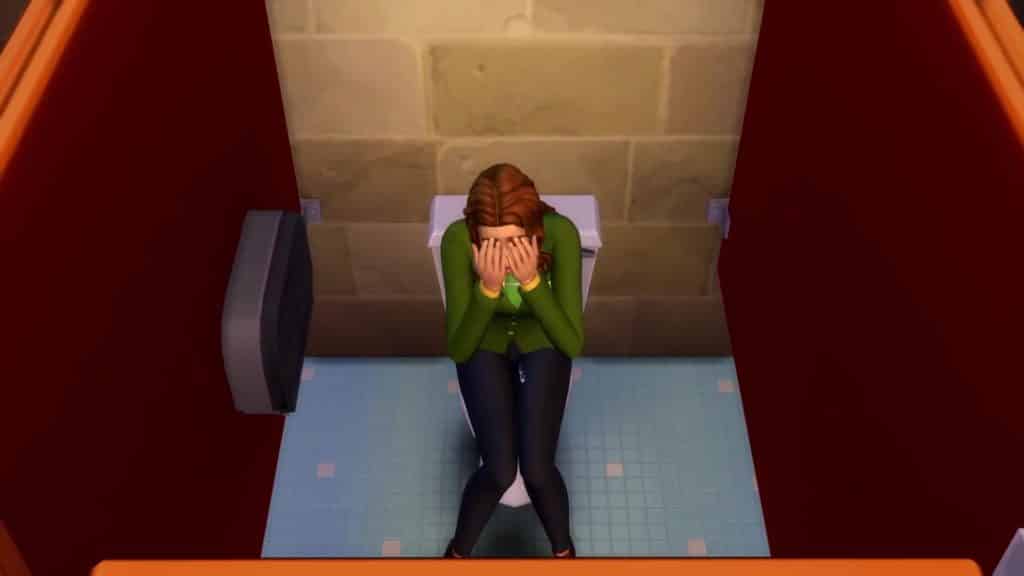 Another popular request looks like it will become a reality in the game at last; public washroom stalls! No more building cumbersome walls to give a false appearance of washroom stalls! Hooray! 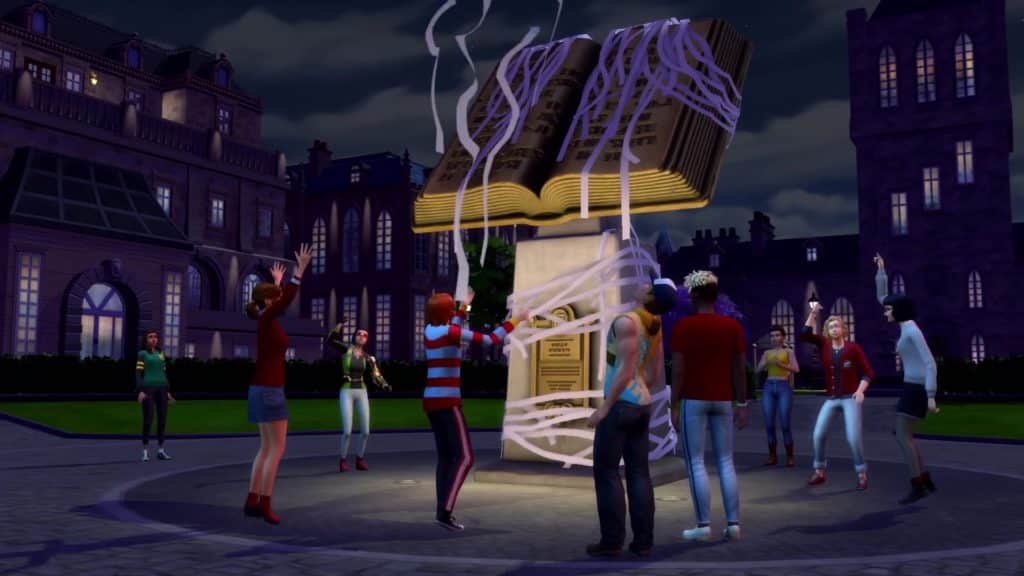 We got a good laugh when we saw these Sims TP-ing the Britechester campus statue! What says university life more than some traditional late-night mischief? 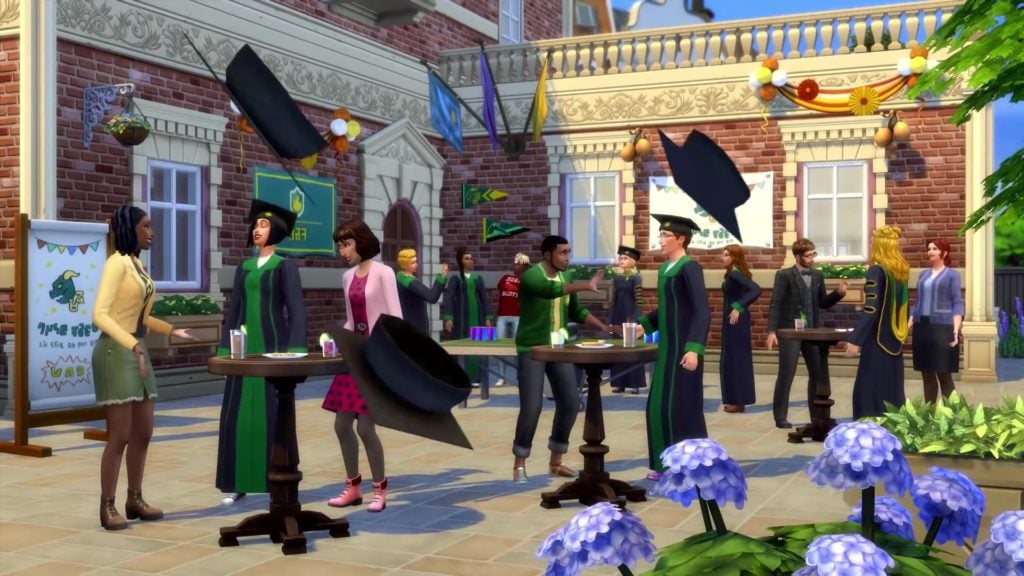 This graduation day celebration looks like a lot of fun! There needs to be some kind of last hurrah after four years of suffering, right? If anything, celebrate getting your first good night’s sleep in four years. 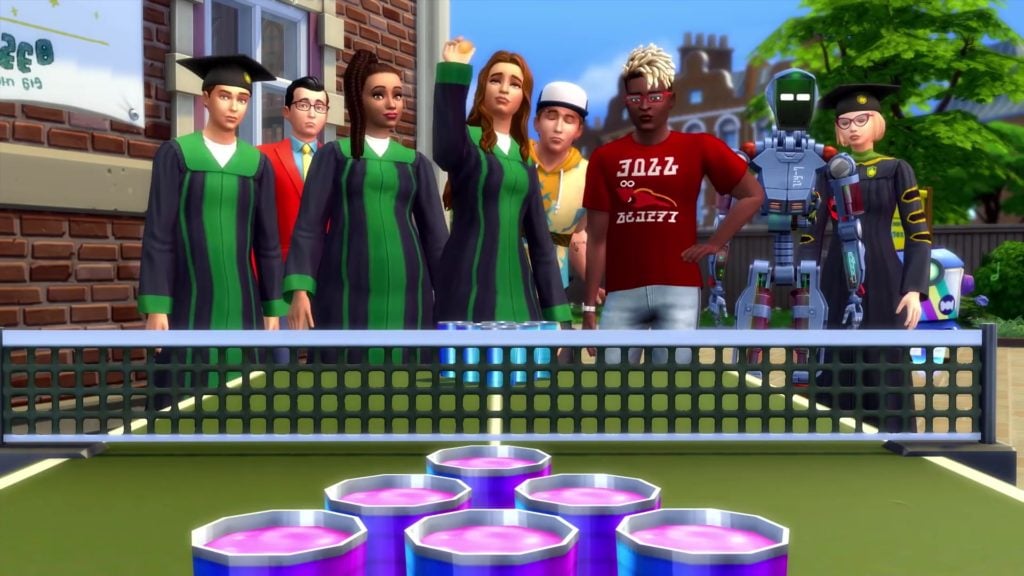 Of course, The Sims is a T-rated game and they’re pretty strict about sticking to that rating, so this popular party game is called “juice pong” in true PG fashion. Still, university wouldn’t be university without wild parties and drinking games. 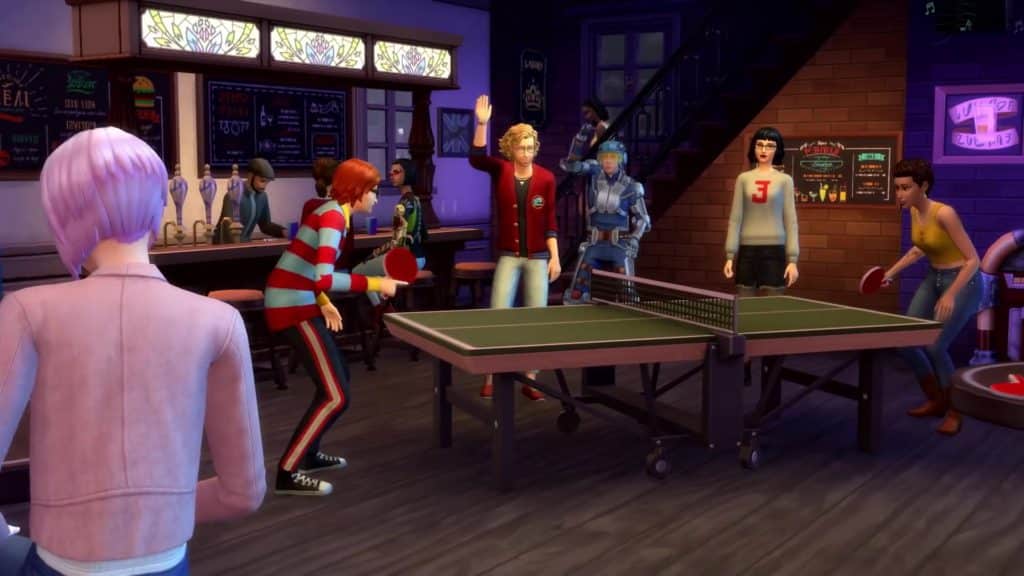 You can’t have “juice” pong without a ping pong table to play it on! It looks like this popular tabletop sport will be making a comeback in The Sims franchise with the launch of Discover University. 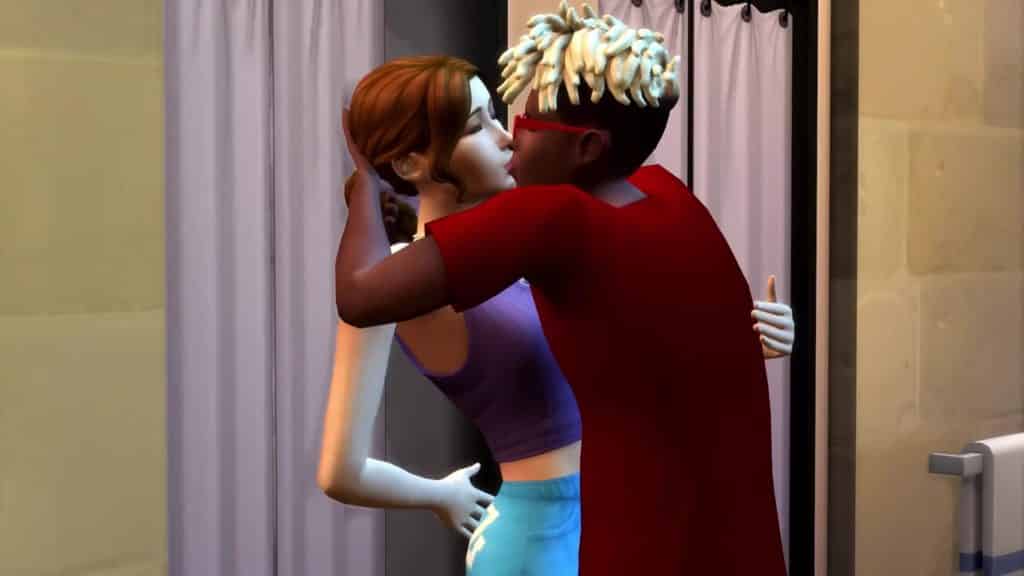 The Sims isn’t The Sims without WooHoo and university isn’t university without WooHoo, either! Shower WooHoo was introduced in The Sims 3 and Simmers have been wanting it to make a return in The Sims 4 since it first launched five years ago. Are your Sims ready to get hot and steamy?

Did we miss anything? Let us know in the comments or come chat with us on social media!