Welcome to my 20th Anniversary Special! This is also my first article in 2020, I wanted this one to count!

I was being somewhat dissatisfied with the sims 4 the other day, reading several forum threads, watching Simmers’/Youtubers’ nostalgia videos, and then I decided to draft this article! Could there be a better time to talk about lore? Anniversaries are all about nostalgia and memories, right? Well, not in the alternate timeline of the Sims 4, we don’t have memories or meaningful story progression tools in game but…

Let’s get back to our topic. Anniversary, hurray! Wear your party hat, order yourself a glass of juice, blow some confetti and whistle your party horn! We’re going to discuss some lore facts and speculate together!

Since EA/Maxis won’t develop their stories or explain anything anymore, it is unfortunately up to us to make assumptions! Before we go deeper, I highly recommend you to take a peek at this link to have an overall hold of the timeline.

5) What happened with the Watcher?

The Sims Medieval had taken us back in the medieval ages of the SimNation and gave us a lot of insight about the lore. We, players, were simply gods that helped Sims to thrive and advance. And back then sims had more self-consciousness and they also had some awareness about their Watcher. Jacobans and Peterans believed that The Watcher created them, watched them all, and then guided them through their lives and adventures to prevent them from destroying themselves through their own carelessness and greed. Despite the similarly central beliefs, the two branches of Churches had split apart due to different opinions about the Watcher; while the Jacoban Church held that the Watcher was a vengeful and merciless God, the Peteran Church claimed that the Watcher was a loving and forgiving God to everyone. 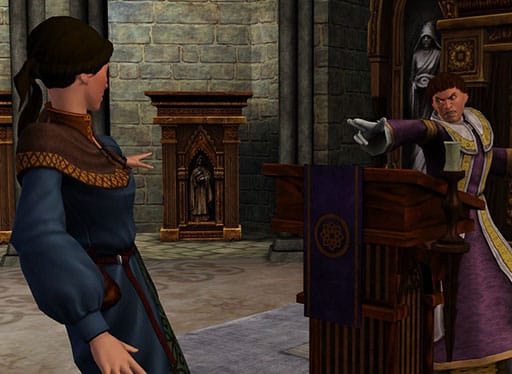 The question is, at what point in history did they abandon their beliefs and lost their awareness about the Watcher? The Sims 3, presumably presenting the time between the sims medieval and the sims 1, leaves us in the dark.

The last expansion of the Sims 3, Into the Future, brought us a totally new experience in the sims series! Time Travel! Our beloved time-traveler Emit Relevart was from the future afar, meaning that he came from a time even after the Sims 2 takes place! In the game, our experience was built around the present and the far-future. We visited the future to see how our present actions affected it. But doing so, we skipped the events of the Sims 2 and we don’t really know how it affected the cosmos of the universe. 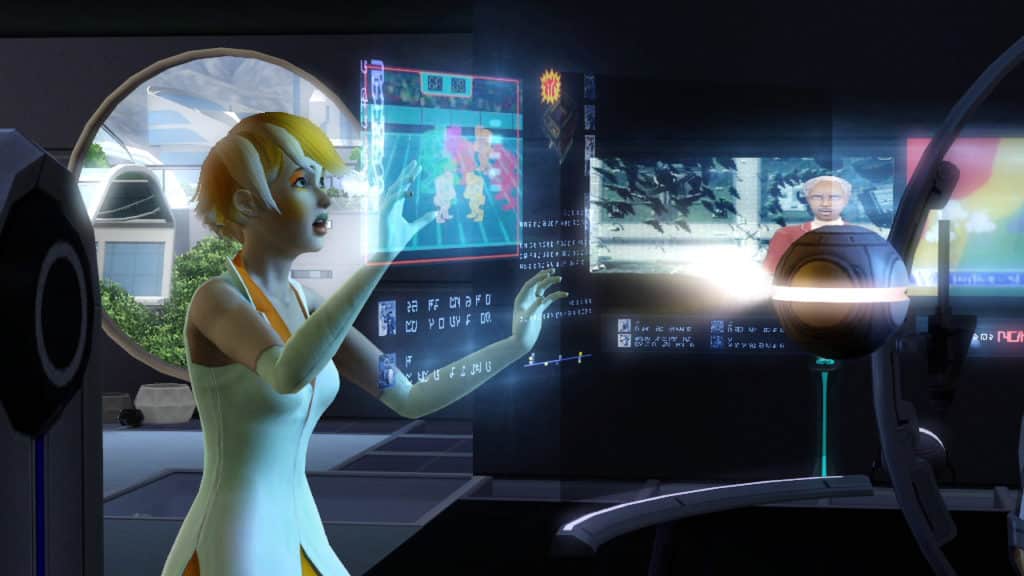 We are told that the Sims 4 is an alternate reality, but what if something went wrong with time-travel and we got stuck in a dystopian past version of the SimNation?
(I would call it dystopian since our sims are under the curse of emotions, cannot differ from each other with their personalities and do suffer from amnesia hence they cannot even properly hate. It would also clarify why most of the premade families and sims have no memories, no relationships, no skills and such.)
It also begs another question, can time travel connect both realities or fix the problems we face today? Do you think we will ever have time-travel in the sims series again?

3) Are we done with the townie-drama for good?

The Sims series shines with its diverse and unique characters! But the ones we mostly talk about are the ones that we have some unfinished business with. Even if we’re done with them, the new generations the series produced lack the material that keeps us talking. Drama! A lot of people like myself would love to know what happened to some certain sims, what are we supposed to assume for their future. 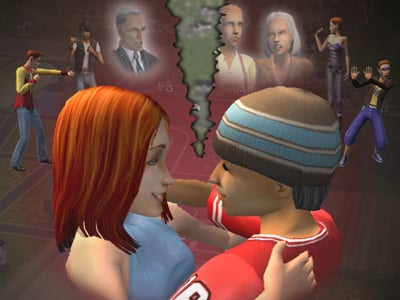 These are just some of the popular questions that came to my mind. Rest assured that there is a ton of questions to ask when you consider how long it has been after we last saw many characters in the progressing timeline.

2) How super is natural selection? 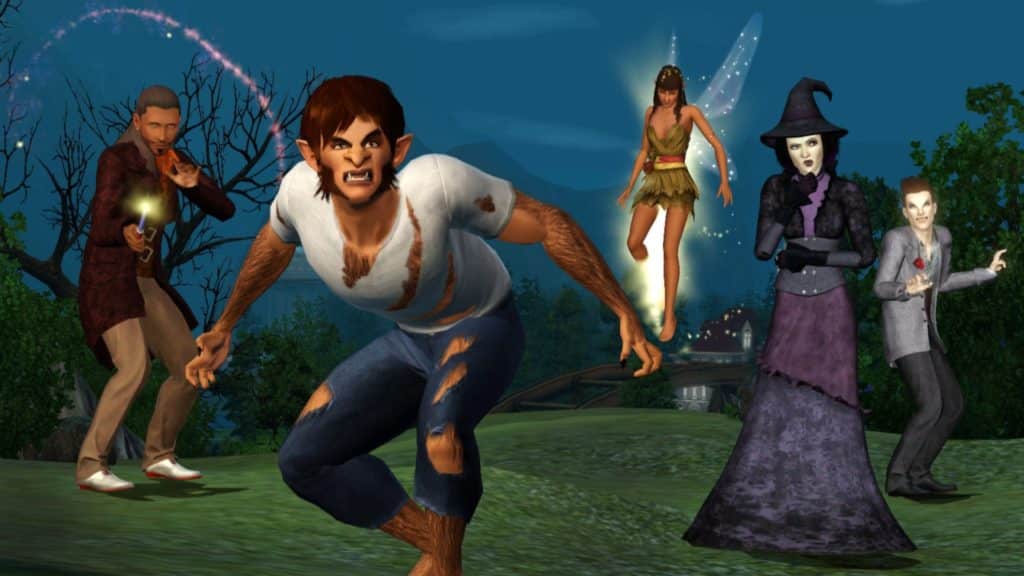 In the past sims games, we had plenty of supernatural sims varying from fairies to zombies, some had very little abilities and some had many abilities to play with. In the alternate reality of the sims 4 however, supernaturals are far less in number, but the ones we have are also far more advanced than their predecessors. If the sims 4 timeline is completely its own thing, maybe it has to deal with natural selection. You know, survival of the fittest. One would wonder how merfolks survived with such lame abilities though, then the question would be “how super is natural selection?”. But if the sims 4 is a conclusion of a time-travel accident as we mentioned above, don’t you think that it is a little bit strange? What mystery would be lying behind their absence and where would you look at for more answers? If EA/Maxis decided to put more lore into the sims 4 regarding missing occults, which places would you look at in the game? Do you think Strangerville should have more than what we’ve seen? Or maybe Vampires of Forgotten Hollow somehow managed to leash and lock all other undead which aren’t spectral entities like ghosts, so they would not rise from their graves? We have seen familiars of Spellcasters that are labeled as fairies and we found sprites in Britechester that resemble a similar nature. Do you think Spellcasters may be more wicked than we think of them? Do you think they may have done something terrible to the fairies of SimNation? Do you think this also may be related to what may have happened to some NPCs like Therapist, Social Bunny and Burglar? Maybe I should take off my party hat which is covered in tin-foil.

1) How professional are the criminals in the Sims 4? 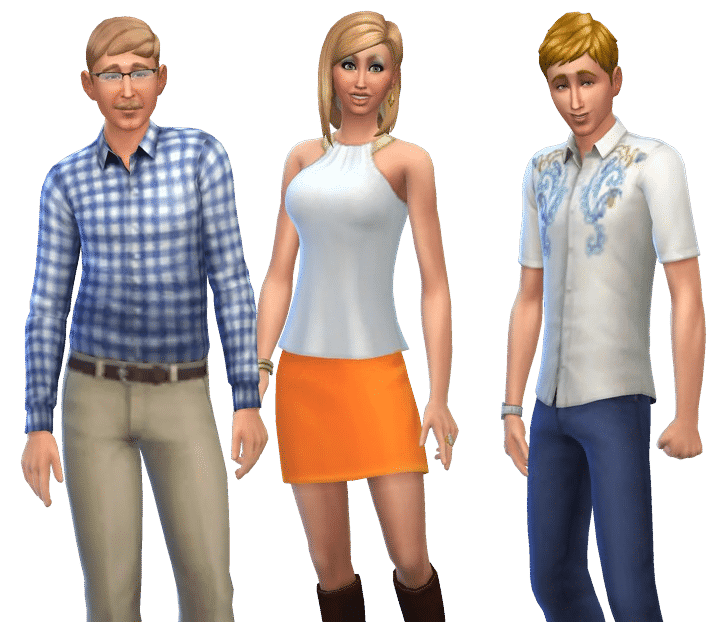 Lore-wise, there are criminals in the sims 4, there is also governmental law-enforcement powers, like detectives and lawyers. But it all happens off-screen. We can never see a theft, a murder or any other horrible crimes in the game, our sims can never become the victim. But on the other hand, we definitely can commit many crimes, silently, slyly… Eg. taking loans and not paying back, being mean to everyone to extreme levels without facing any consequences, moving in with townies without any trust-requirement and robbing them. We can even murder them if we make them laugh hard enough! Don’t you think there is a hidden message here? The Sims 4 definitely has the best (or the worst, depending on your point of view) criminals of the series. They are unseen, they are silent and they succeed without getting caught. Maybe there is a political message behind this, maybe they managed to take over the government of SimNation and they do not even need to rob our houses anymore, maybe we are just giving them our fortune willingly with our bills and more. What we should get from this is that evil is silent and unseen, perhaps? It lies within us, buried deep in our hearts, making us secretly enjoy the sight of Eliza Pancakes drowning. Perhaps!

Let us know your opinions and speculations down in the comments! Do not forget to include your pick of hints from the existing lore!