So The Sims is a whole two decades old? And it’s been with me for almost all of that time, I figured to celebrate I’d share some memories with you, it’s been a wild ride.

What can I say about The Sims? I’ve been playing for around 18 of its 20 year lifespan, I still remember the day my older brother brought it home, I was six at the time and the second he booted that game up I was obsessed. I asked him a few months ago if he still remembered that night and our first experience with The Sims, he doesn’t but for me I think it’s something I’ll remember forever.

He made our family, my parents and the two of us, he made himself an adult Sim but once he saw the climbing frame and the fact only I (a child Sim) could play on it, we started a new game where he too was a child. We started off by building a house, of course we quickly added everything we could have ever dreamed of as six and thirteen-year-olds, it was a weird house of course nothing matched but to us it couldn’t have been cooler, he gave himself an en-suite bathroom with a window into his bedroom, which quickly became hilarious to us when our dad decided to use the bathroom and we could see him in there through the window, easily entertained, we still are as adults. Another vivid memory of my first evening with The Sims were the fact that our mum and dad wouldn’t sleep in the same bed, we couldn’t understand why, when we checked we discovered that our mum and dad weren’t even friends with each other, let alone married. 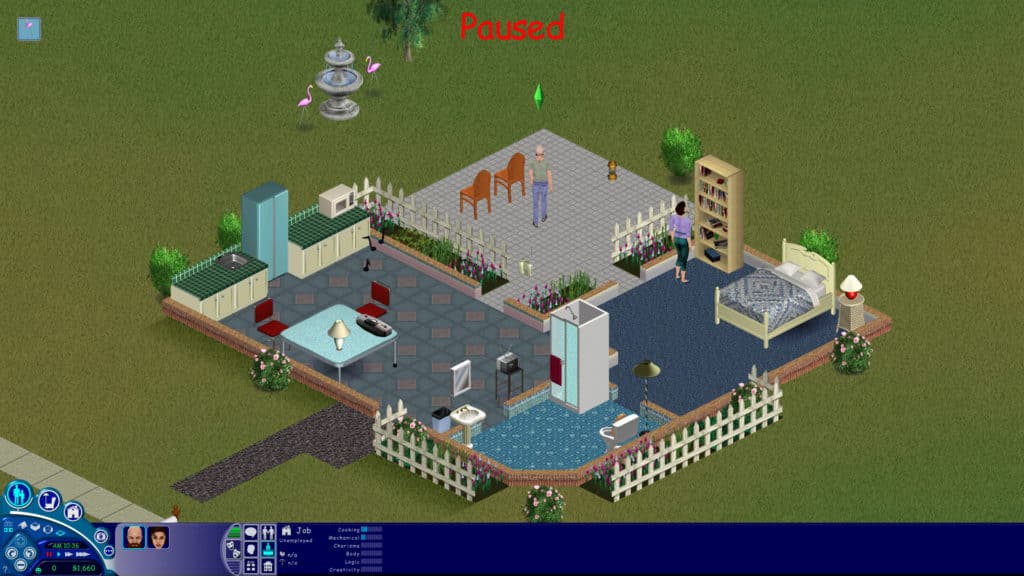 The Sims has always been there for me through the trials and tribulations of my young life, when I was nine I was hit by a car on my way home from school, (the first time I ever walked home alone, I lived one street away, how embarrassing). I broke my thigh and was put into a traction, to cheer me up my brother bought me The Sims Bustin’ Out, overall I was bedridden for a little over two months with nothing else to do, pretty boring for a nine-year-old but I had The Sims, I always had The Sims. It was there for me when I wasn’t able to be outside playing with my friends, my bed was situated in the living room so I could still be around my family instead of isolated in my room, I could see all my friends playing in the sun, running, riding their bikes having fun, I was jealous and sad but I could always get lost building a house or causing carnage to those little pixel people. R.I.P to all The Sims that met their end due to my bed ridden boredom. 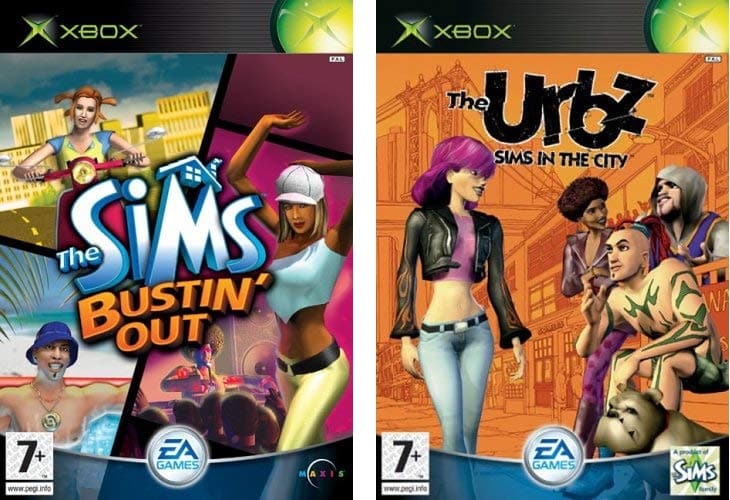 Ageing Up Into A Teen

By the time I was 12 I’d played The Sims in most of its different editions, Xbox, Game Boy, Nintendo DS but still never PC there was a point when I was 10 and I bought The Sims 2 Happy Holiday Stuff, only to get home and and discover I needed the base game, I was heartbroken.

So fast forwarding back to 12 we got a family laptop (revolutionary to me at the time) and one of my school friends was kind enough to lend me The Sims 2 base game, can you believe the thing I was most excited about was stairs? the console versions of the game lacked them so this was the first time I’d ever been able to have a multiple storey house, INCREDIBLE. You better believe I played that game from the minute I got home from school to the minute I went to bed, it was constant, and I loved it.

Around this time I also discovered Sims machinimas and I pretty much spent all the time I wasn’t playing The sims watching those, I wished I could be a machinima creator, I even tried but alas, I didn’t have patience for it. I still have my favourites, here’s three I like to go back and watch when I’m feeling nostalgic.

Then one day I was in the supermarket with my dad, in the game aisle, I saw a gaming magazine and what was on the cover? The Sims 3! How did I not know it was coming? That Christmas a couple of weeks after I’d turned 14 in December of 2009 I was lucky enough to have gotten my own laptop and a copy of The Sims 3, no more sharing the family laptop, it was all mine, and I loved it. As with the other instalments it kept me occupied and wholehearted interested during its entire life span.

The Sims 4 dropped when I was in my third year of college, and being from the UK it released on the 5th of September unlike the 2nd, let me tell you those were the longest three days of my entire life, but it came. During this time I was suffering pretty badly with my mental health, something I’d struggled with since childhood, at this point it had worsened and I withdrew from my final year of college, I couldn’t handle it anymore, I became a recluse and lost everything I’d worked for thus far, y’know what was there for me? The Sims, during the lowest times of my life The Sims was always something I could turn to and get lost in a world of my own creations, where mental health didn’t exist and my Sims never had to endure the sadness I felt, – thanks testingcheats.

Still struggling with my mental health but forever inspired by The Sims I decided to join the community, I made a simblr in January of 2017 and I’ve never looked back, I began sharing my screenshots and stories with other Simmers, I was able to make friends with people just like me, I owe everything to The Sims I can honestly say that the friendships that I’ve been able to build up during my three years here are some of the strongest relationships in my entire life. I have friends from all over the world, because of a little simulation game I picked up one evening when I was six, it’s crazy to think about. 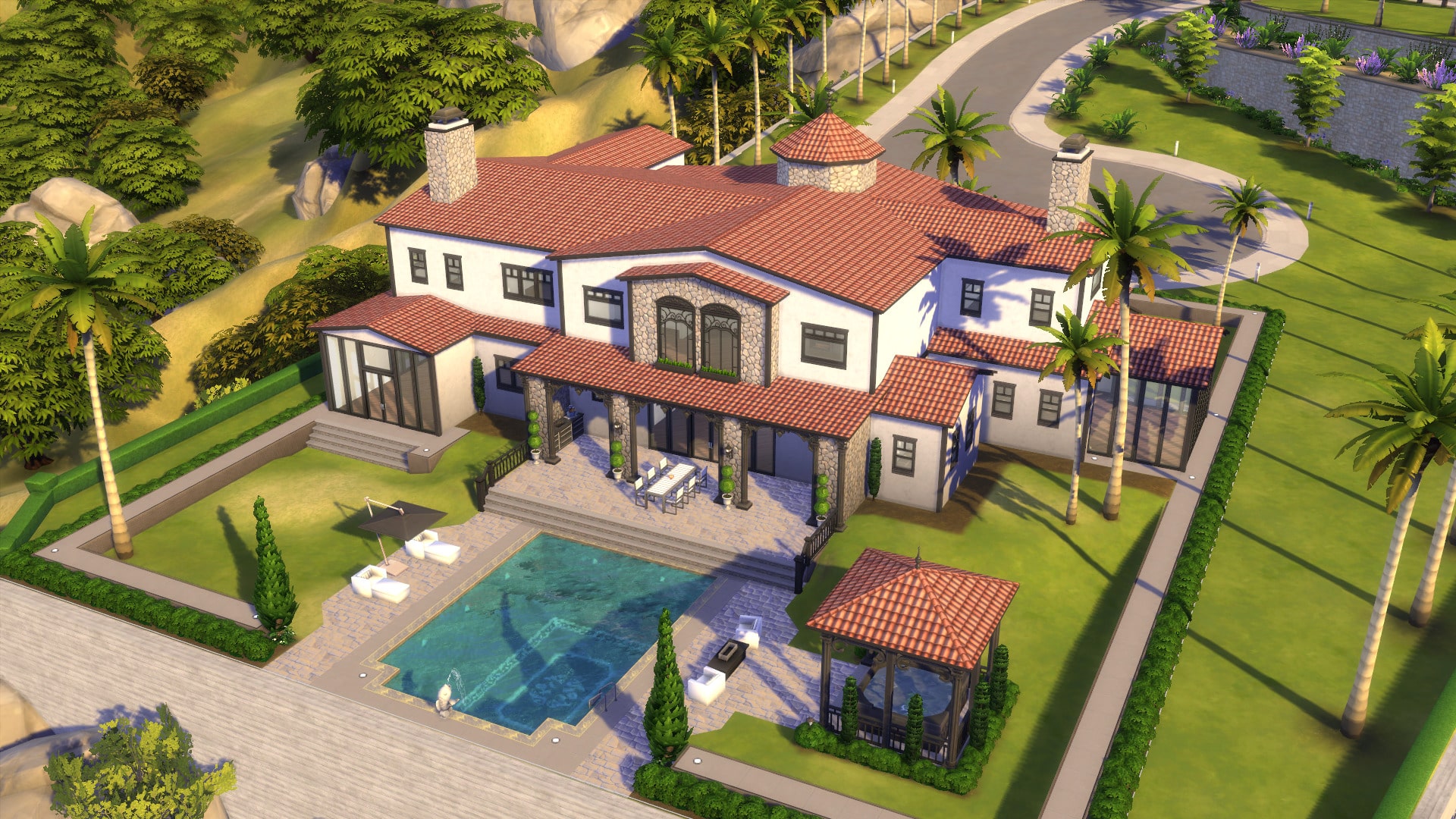 I’m going to wrap this up, because if I don’t stop now I never will, I could write about The Sims forever but I’m sure we all have builds to get back to and Sims to feed. Thank you to The Sims for being here throughout my life, I love you and you are in all the game that means the most to me, I’m so glad to have grown up beside you. Here’s to another 20 years!

And thank you to you for listening to my late night rambles about the game I love so much, I’m grateful for your time, please feel free to share your memories in the comments with me, I genuinely would love to hear them. I hope you’ve enjoyed a little glimpse of mine.