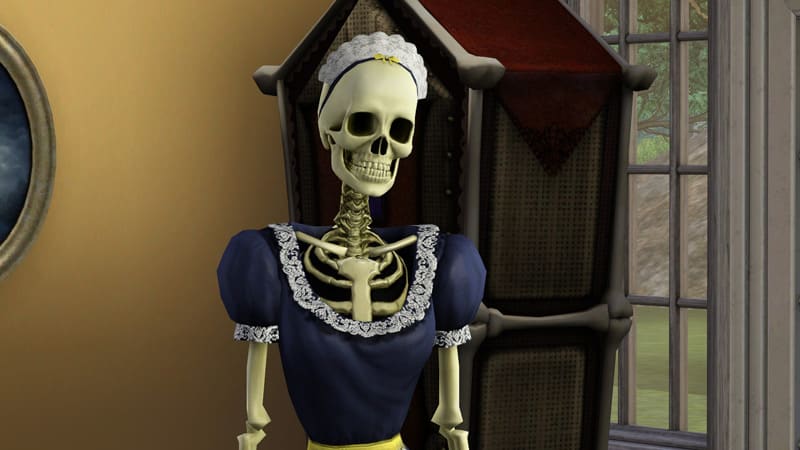 The Sims franchise celebrated its twentieth birthday earlier this week and what an amazing twenty years it has been! For each and every one of us who has ever played any of The Sims games at any time during the games life, we will be able to recall numerous memories from playing. That could be a funny moment while playing, our favourite Sims to play, a build that we loved creating and so much more.

I went ahead and asked the Sims Community Team members to join me in sharing some of their own memories from The Sims franchise over the years.

My first encounters with The Sims were when I was very young, and I was somewhat sheltered as a kid. My friend introduced me to it, and also the “Woohoo” feature. To me, it was just a way to get a baby to spawn, but my mom was NOT HAVING IT. I can’t count the number of times I’d look over my shoulder and she’d be there making sure I wasn’t Woohooing too much or inappropriately. The Sims Makin’ Magic holds a really special place in my heart. I played that into the dirt. Bonehilda was, and will always be, my girl! I think I placed her with every family even if it didn’t make sense to. I mean, who wouldn’t want an awesome skeleton maid? Through the years I’ve watched this game evolve, and I’ve grown with it too. Through each stage of my life, The Sims has been there. It’s amazing to reflect back and realize that for 20 years of my life I’ve been enamoured with this game, and have absolutely no intention to ever stop playing it!

My first memory of The Sims is quite funny to me now, but at the grand age of nine, The Sims 2 was the first Sims game I played. My mum told me that it was too “mature”, so the only time I got to play was at my friend’s house. I’d sneak over after school, pretend we were doing homework, and play together. We’d take it in turns to control the Sims and fight over who got to be the one to press “WooHoo”, not really knowing what it really meant. This takes me onto my next memory (and something I really miss from The Sims 4) is all the spontaneity of The Sims 2, tragic things happened without you knowing it would, your Sims could have a breakdown if their needs got too low, and it was definitely more dramatic if your Sim got turned down at the altar! One time, my Sim had a breakdown, and got left at the altar by scumbag Don Lothario after she caught him cheating on her with Cassandra Goth… she didn’t survive long after that to find out what happened next…

The Sims has been a real influence in my real life for the last 15 years if not 20. I have been playing the Sims since the first incarnation of the game but it actually became an important part of my life when I became a teenager and the Sims 2 got released. The game was revolutionary. It even helped me to choose my real-life profession. I never needed to search for gameplay mods or anything like that, I didn’t even know they were a thing until the Sims 3 when I faced some issues with gameplay. For this reason, the Sims 2 will forever be my top favourite Sims game. It felt like a surreal version of real life, my decisions in the Sims 2 actually had an impact on my Sims’ lives yet the game still maintained its fantasy and hilarious sense of humour. I still remember seeing various elements from the game for the first time, as one of my sims having the first-ever breakdown and seeing the shrink, interacting with social bunny, having to move from a haunted house, summoning a zombie… They were the best! It is a shame that we don’t have that level of depth in the Sims 4. One might assume such features would improve and advance with later incarnations of the game but… at least we have more advanced CAS & BB tools, right?  I can’t wait for the outcomes of the latest community survey though, I still have hope!

I wanna close my part with a meme I’ve created from a funny screenshot from the Sims 4. In this picture, the mother witch looks like she is threatening Grim Reaper to bring his son back from death. PS: I wish spellcasters actually had that kind of interaction with the Grim, sims 4 could never though… 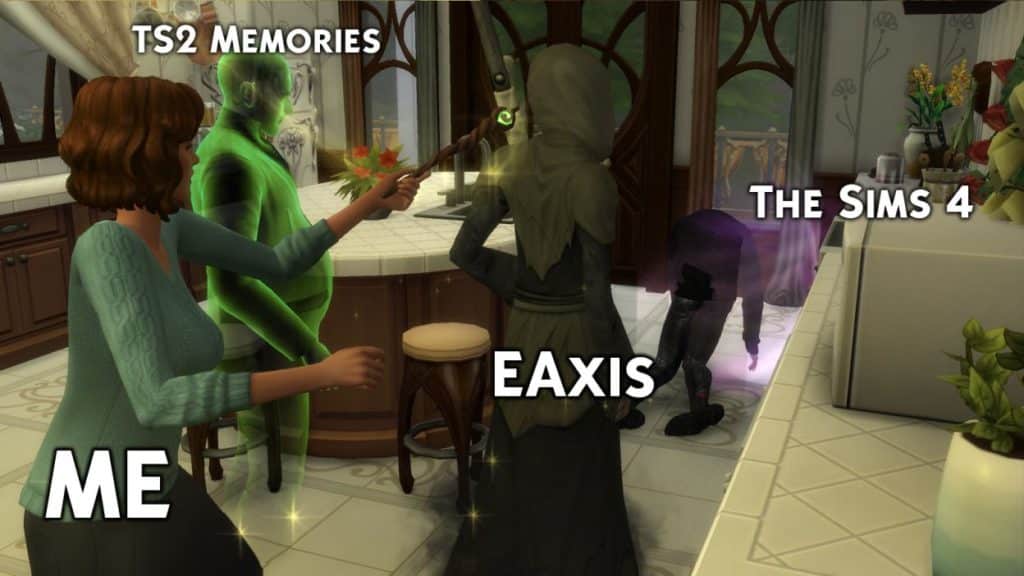 “I’ve been playing The Sims and telling my stories with them since the original game, but back in the early days of The Sims 3, I started a story blog. My first big story was The Charm Legacy. It was about a spoiled, disagreeable woman named Marylee Charm who had to start her life over from scratch. The story followed the dramatic lives of her and her descendants for the next five generations and the blog did quite well and had a large readership. I still look back and miss it sometimes.” 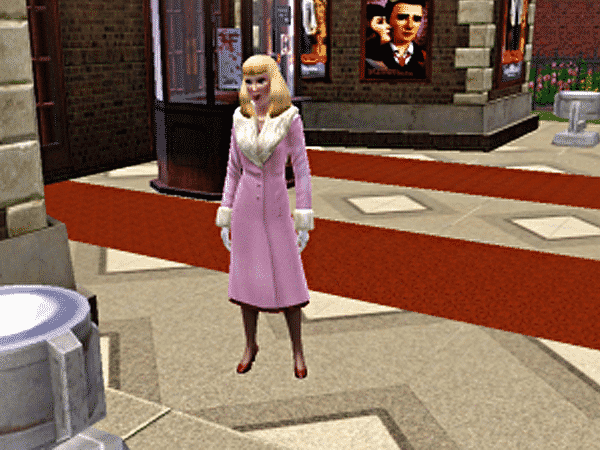 A lot of my favourite memories come from the original The Sims game. It was the first game I properly played on PC and when I started I had no idea what I was doing or what I was getting myself into. There was just something about The Sims that grabbed my attention. I would spend hours watching my Dad play and then sneak onto the game when he was at work.

I remember the first time my Sims had a baby and I ended up moving all the necessities into one room so I could keep them in one place until the baby aged up to a child. It worked, it was incredibly cramped but it was the longest two (might have been three) Sim days ever. The same child Sim ended up being sent to Military School a few Sim days later too. Oops! I remember when I ‘accidentally’ drowned my Sim by deleting the Pool Ladder and when I finally had saved up enough Simoleans to move into 2 Sim Lane! Of course, soon after this, I discovered cheat codes, expansion packs (my expansion first pack being The Sims on Holiday) and custom content. My game was never the same again after that point. Little did I know I would be here twenty years later still enjoying the franchise I’ve grown up with!

So come and join us and the community in celebrating The Sims twentieth birthday. Let us know some of your favourite memories and moments in the comments below!