The Sims Mobile has released their highly-anticipated game update that lets you upgrade your homes by expanding them up to 3 stories!

To tell you more about the game and this newly released addition we’ve interview SimGuruLaura – game designer working on The Sims Mobile.

Hello Laura! Tell us a little about yourself and your role on The Sims Mobile!

Hey Jovan! I’ve been working for the Firemonkeys Studio as a designer for six years and had always dreamed of working on The Sims, now I’m here and loving all the interesting ways you can design for the franchise (but shh don’t tell my old team on Real Racing 3 =P). In my role as a game designer on The Sims Mobile I advocate for improvements to make the game better for players and work with the rest of the team to complete the content for the updates! Friends may think game designers just play games all day and come up with cool ideas, but mostly it’s working in spreadsheets and data (but also playing the game 😉 ).

Since the game arrived at Firemonkeys Studio from Maxis, which features and quality of life improvements have you helped deliver?

Gosh, it’s been just over a year now! I’ve delivered a few of the build/buy quality of life changes like adding the inventory categories and ‘recent’ tab into players’ Storage. There’s so much more that I and the team want to improve on  in the game since taking it on – thanks to Maxis for trusting us with their baby :)

What’s new in the latest ‘Raise the Roof’ Update?

The roof gets higher! Yes… oh and that’s because in this update you can now add a 2nd and 3rd level to your home lots! The artists have also worked really hard to add some neat looking stairs to compliment the new floors and styles. Check them out under ‘Build’ once you purchase a floor permit or aim to win one in the current Sweet Treat Showdown event.

Plus, there’s also a few other improvements we sneaked in there… like being able to store overlapping items when placing items in your home, oh and Sims moving themselves to the side when you want to place an item – out of the way you pesky visiting Sim, blocking my bathroom!

What are the requirements to actually raise that roof?

Well, players should jump onto the app store to download the latest Sims Mobile update! You’ll need to be up to level four to be able to add more levels to your home (or if you can’t wait that long, you can also early unlock for Simcash). Tap into ‘Build’ to find the floor level building permits under the ‘Floor Levels’ category and away you go!

We’ve written an FAQ article with all the feature details here, if players would like more information. https://www.ea.com/games/the-sims/the-sims-mobile/news/multilevel-build-feature-faq

What were the challenges to bring multilevel build mode to the players?

One of the challenges we found was taking the lessons learned from The Sims Freeplay’s build mode. We wanted take the good bits from both Freeplay and The Sims 4 and combine each of their strengths into what works for The Sims Mobile. I think we achieved that well, but don’t take my word for it, try it out yourself! I know they (Sims Freeplay and The Sims 4 devs) are a secretly jealous of the cool things we added =P

We also really wanted to and tried to have animations for Sims walking up the stairs… but alas *shakes fist at cheap wall clock* we ran out of time. It would be cool for the future! So for now Sims will continue to teleport around like they normally do. 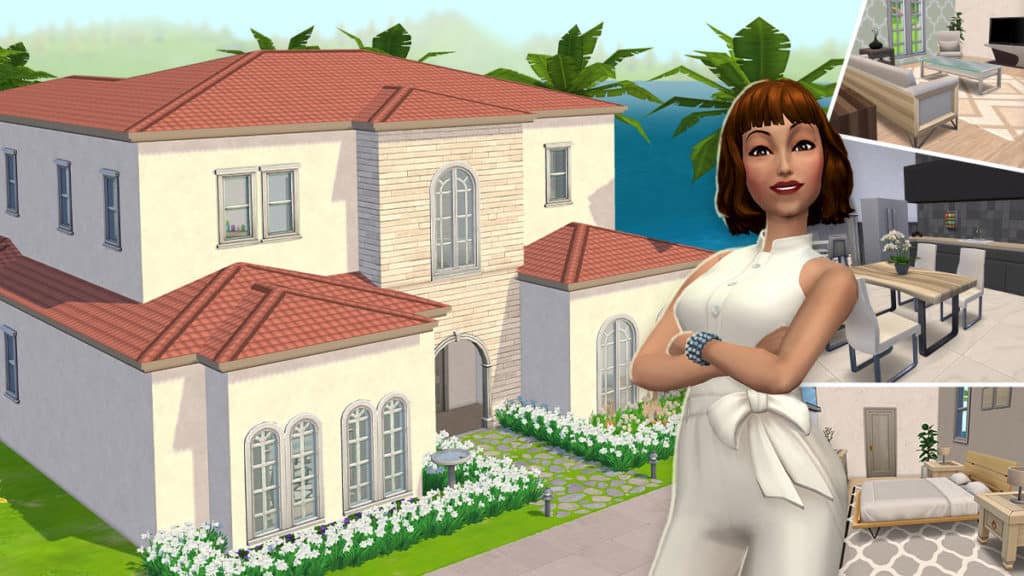 How do you think this update will have an impact on the players and their usual play sessions?

If players don’t have the Simoleons for a new floor it could take roughly over a week to grind for the currency, but I recommend to do this at your own pace since this is a permanent feature and there is plenty of time to aim for it!

Where do you see the future of The Sims Mobile heading?

The team are really excited to deliver more incredible updates this year. We love seeing all the crazy  builds, suggestions and ideas that our players are posting on social media every single day. It gives us a lot of inspiration for what to do next! You’ll have to stay tuned to Twitter by following our official SimGuru team and The Sims Mobile channel for all the announcements!

You can find The Sims Mobile on the following networks:

The Sims Mobile is available for download for FREE on these platforms: