Basically, what The Sims Team has done then is that they’ve added a new interaction on the Future Cube called “Ask About Future”. This interaction included some cryptic hints related to, what’s now confirmed to be candles from The Sims 4 Eco Lifestyle, Ladders from Eco Lifestyle’s Base Game Update and Nifty Knitting Stuff Pack.

Just a few moments ago SimGuruGeorge has tweeted out a picture of the Future Cube, probably hinting for us to check out the Future Cube for some new answers.

Interestingly enough the Future Cube now provides new answers that seem to be hinting at possible new content coming to the world of The Sims 4. 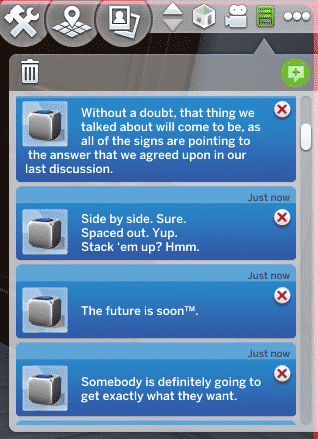 For this specific reason I went to the text string files of The Sims 4 to see what’s specifically updated and I can confirm that the developers have removed previous hints for content that’s been released and added these following ones:

Some of the same hints have also remained on the Future Cube, such as:

What’s your guess about the new content that The Sims Team is hinting at? Let us know in the comments! 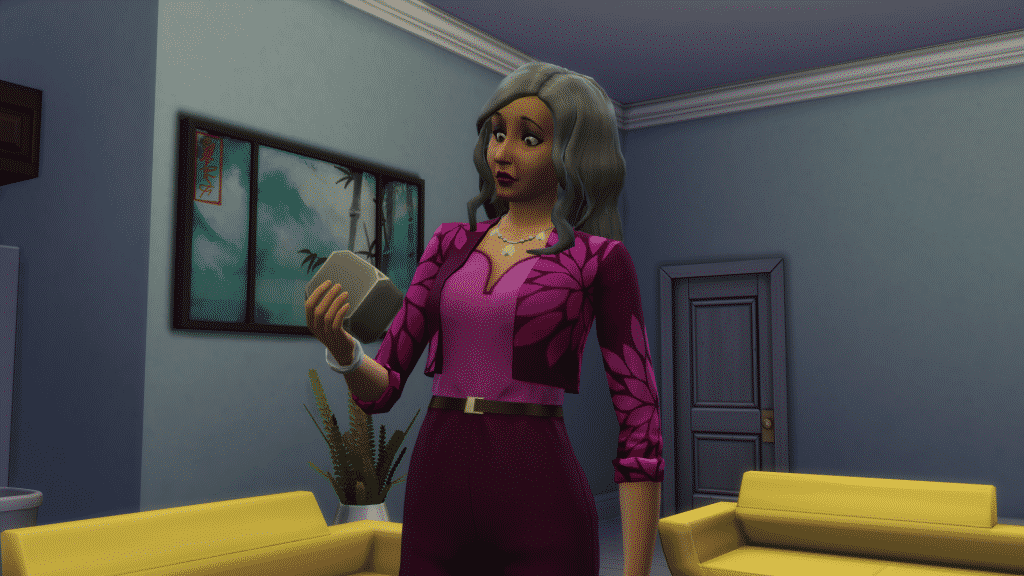