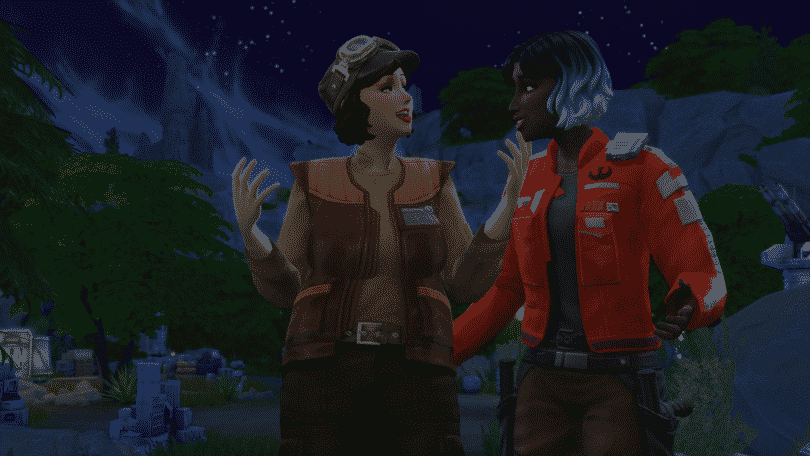 In The Sims 4 Star Wars: Journey to Batuu, your Sim will find themselves caught in the middle of three factions at odds with each other in Batuu; The First Order, Resistance, and Scoundrels. Each faction controls a different sector of the city and who you support is entirely up to you. Each faction has five ranks your Sim can progress through by completing missions for them. Each rank brings new rewards and unlockables, but beware; becoming friendly with one faction could make other factions hostile towards you.

This overview covers the Resistance ranks. Talk to Any Resistance Member in the Resistance Encampment to receive your first Resistance mission and begin rising in their ranks. After gaining their trust by completing a few missions, you will meet Vi Moradi. After that point, you can receive all your Resistance missions directly from her. She can often be found near the X-wing ship.

Gaining ranks in the Resistance will decrease your reputation with the First Order. Sims who are part of the First Order will be hostile towards you.

Gaining the Trust of the Resistance 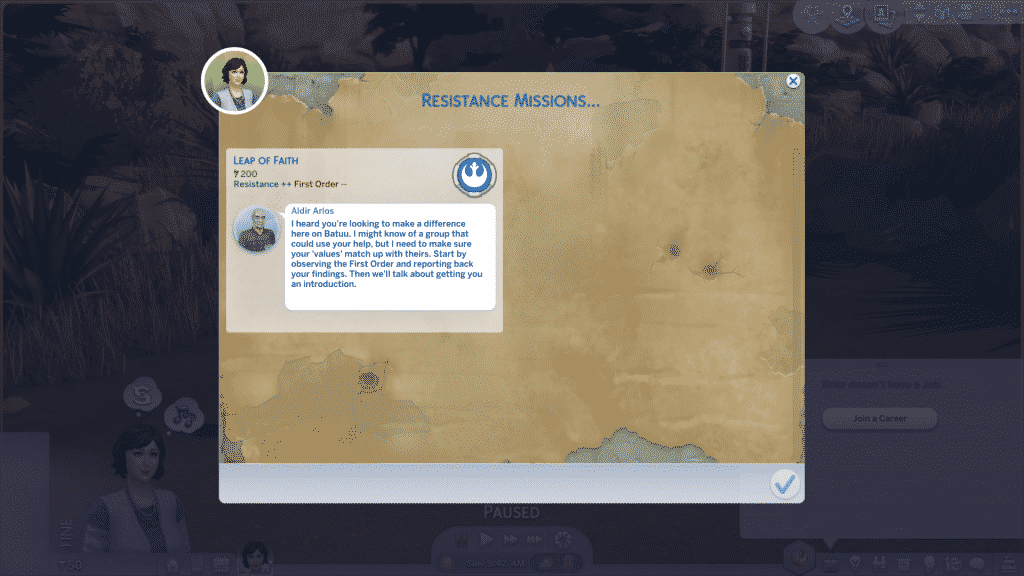 Unlike the First Order and Scoundrels, you won’t be able to waltz right into Resistance territory and start getting missions from them straight away. The Resistance are suspicious of outsiders and won’t let you become one of them until you’ve proven yourself to be their ally. In fact, they won’t even introduce you to their leader at all until you’ve completed a few test missions for them to prove where your loyalties lie.

Head to the First Order District and do a Friendly Introduction on two Stormtroopers in the area. Then head to the TIE echelon ship in the same area and analyze it. Make sure there aren’t any First Order members on the ship platform when you do this or you’ll be issued a warning. Next, head to the First Order Cargo Hold and survey the supply crate located around back near the small circular garden. This supply crate is out of the way so there is less chance of getting caught by a First Order member, but Stormtroopers still like to patrol this little nook so wait for them to walk away before you survey the crate. Report back to the Resistance member you received the mission from to complete this mission.

After completing Leap of Faith, talk to Any Resistance Member in the encampment and use the “Ignite the Spark” social again. You’ll get a new mission called Risks and Rewards. Nope, you haven’t earned their trust, yet. Get cracking on that mission!

Head to Oga’s Cantina in the Black Spire Outpost and look for the Sim with the “Scoundrel Contact” role above their heads when you scroll over them. It might take them a while to spawn so wait around a bit. They’ll hand over the Dataspike easily when you ask. Then go to the First Order District and find any control panel. They look like apartment intercom boxes stationed outside many of the doors. Click directly on the panel (the casing isn’t clickable for whatever odd reason) to analyze it. Keep analyzing the control panel until one of the slicing options available has a green thumbs up next to it, then use that method to slice into it. Slicing the control panel will use up the Dataspike you got from the Scoundrel Contact. After successfully slicing the control panel, click it again to get the Comm Tower Access Codes. Next, go to the Comm Tower near the Droid Depot. It’s the control panel embedded into a large pole with wires and cloth strung from the top of it. Select Disrupt First Order Transmission on the control panel, then head back to the Resistance Encampment to report back and complete the mission.

The Resistance now trusts you, but their leader wants to see you in action for herself to make sure you’re the real deal. Find Vi Moradi in the Resistance Encampment to receive your next mission, Forest Flight.

Find Vi Moradi in the Resistance Encampment and choose Meet Vi Moradi under the Resistance options. She’ll give you the rest of your mission objectives. Then head over to the First Order District and go back to the Comm Tower near the Droid Depot to scramble the Starfighter Traffic Monitoring Systems. Next, ask Any Resistance Member about X-wing parts. They’ll tell you to buy the parts from Scoundrels at Oga’s Cantina. Go there and start chatting up a Scoundrel. You’ll need to get your friendship bar filled roughly 1/3 before the option to purchase X-wing parts becomes available. Each X-wing part costs 100gc (Galactic Credits) and you need 5 X-wing parts, so you’ll be spending 500gc in total. You should have enough credits from the last two missions so this isn’t an issue. You can purchase all 5 X-wing parts from the same Scoundrel. After obtaining all 5 X-wing parts, go back to the Resistance Encampment and replace the parts on the X-wing. Then select the X-wing to fly the distraction mission. Click through the adventure popups until you return to Batuu, then report back to Vi Moradi to complete the mission.

Now that you’ve impressed Vi herself, your Sim is officially welcomed into the Resistance! From now on, you can get all your Resistance missions directly from Vi Moradi.

You’ll already have gotten to Rank 1 of the Resistance by the time you complete the three missions to gain their trust. See below for a breakdown of each rank’s rewards and unlockables. 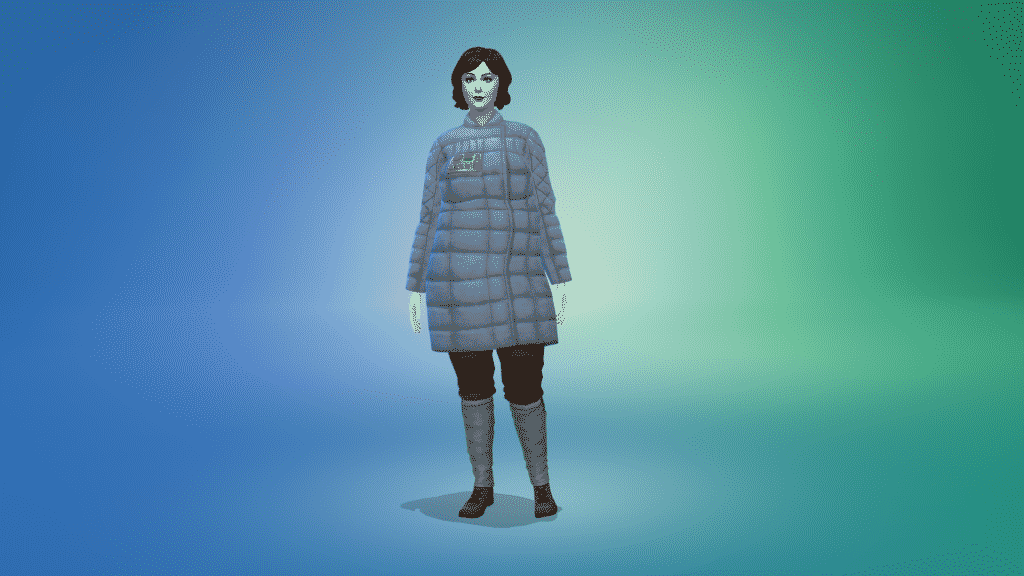 Resistance Parka – Unlocked at Rank 1 of the Resistance 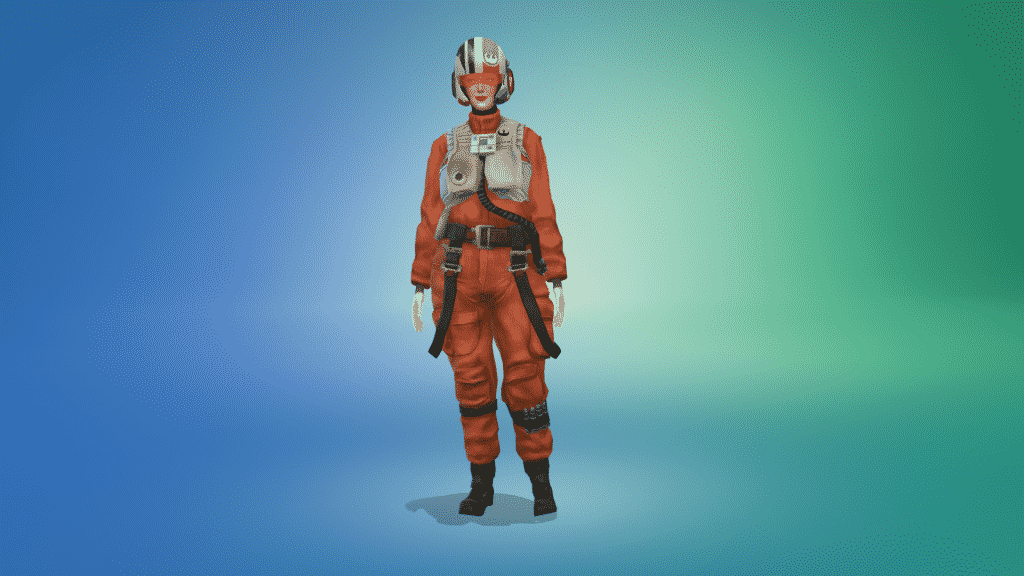 X-wing Pilot Outfit – Unlocked at Rank 2 of the Resistance 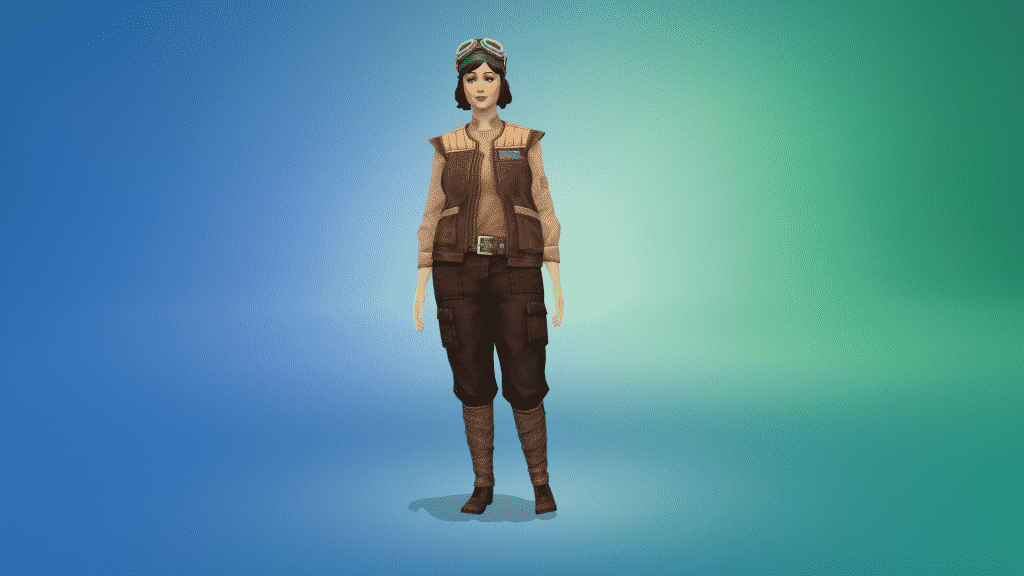 Resistance Outfit – Unlocked at Rank 4 of the Resistance

Will your Sim be joining the Resistance on Batuu? Let us know in the comments or come chat with us on social media!

Is the Resistance not for you? Check out our First Order Overview and Scoundrels Overview for more information on joining these factions!

Thank you to our Facebook Community member, Laura, for providing helpful info about the purchasable items from the Holotable!