While initial reactions to The Sims 4 Snowy Escape Expansion Pack seemed positive overall, many South Korean players have pointed out some problematic imagery featured in the pack that is insensitive towards the history between Japan and South Korea.

The frame from the reveal trailer that you can see down below shows a Sim interacting with a, what appears to be, a shrine. Although it hasn’t been fully clarified what you can actually do with this shrine, it does appear like the Sim is worshipping the shrine in some way. 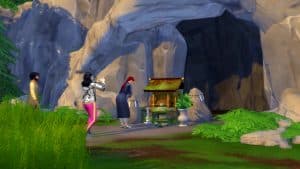 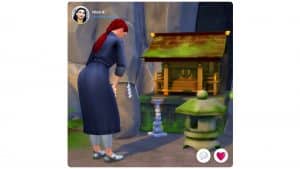 There’s one more frame in the trailer that could be showing the “Rising Sun” Flag: 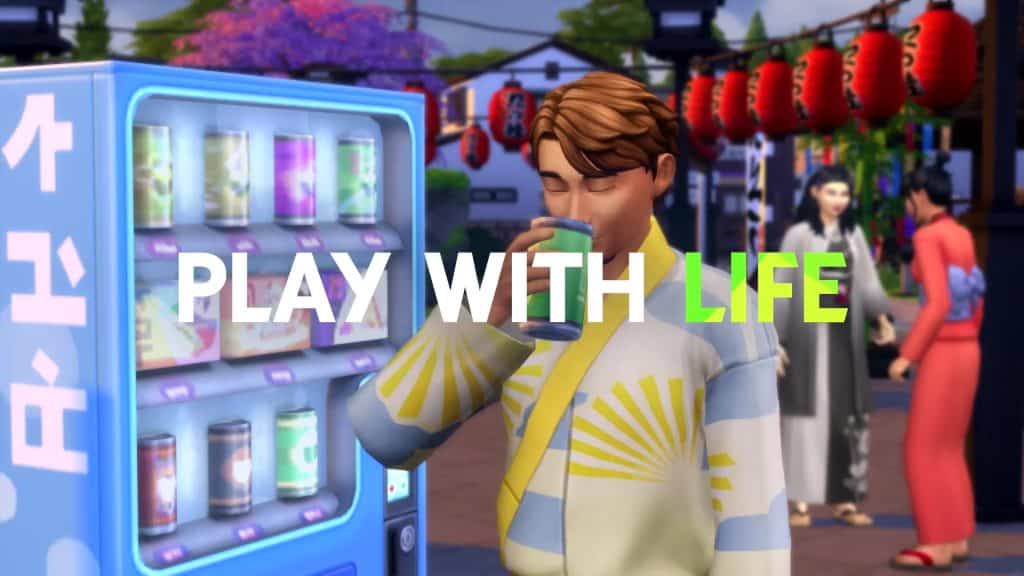 These particular frames have caused the South Korean player community to share their thoughts and clarify why these additions to the pack are wrong.

As explained by them, the shrine worship and the rising sun flag are representations of Japanese colonialism and some of the terrible things that happened to people as a result of the Japanese during this time.

Here are some of the comments people left in the YouTube comments section:

This is the result of Orientalism. I know that Ea likes Japanese culture. But this is too much. Korea had been forced by Japan. They forced Koreans to greet their religious buildings. Koreans had to be tortured or killed if they didn’t do what Japan wanted. Surprisingly, the religious building appears in the game.

Spread it out, please.Sims 4 snowy sports in Korea is now controversial. This is because it has a function called shrine worship.A shrine visit was when Korea was Japanese colonial era, when Japan set up shrines everywhere to inculcate the emperor’s ideology and forced Koreans to pay tribute.The Korean position, the most painful part of Korean history, and yet Japan is justifying visits to the shrine, which justifies war and colonial rule. Many Koreans are angry that EA added this to the game.I’m Korean and these sentences are translated, so please understand that the sentences can be awkward.Many Koreans are also disappointed with sims4 and EA and say they will not buy this pack again.I am very disappointed and angry as a Korean about EA, which contains shrine worship in the game.Buying this game is your choice, but buying a game pack that justifies one country’s colonial rule and justifies Korea’s painful history that is still unresolved is your freedom. But I hope you know what this pack means and buy it.Thank you for reading.

Real ea, foreign users, and other people don’t even think about others… I just want you guys to have fun while playing ㅠ Of course, I think Japanese culture should be respected as Japanese culture. Is there a reason to view the symbol with wounds on Koreans as a culture? Is there a reason to accept it as a culture and put it in a game that Koreans also enjoy? Also, there will certainly be Korean users who buy this pack, and if you keep watching and playing that interaction, it will become dull.

I’m really disappointed that with all the work EA claimed to be doing to be culturally conscious of what they were doing with this pack they ignored so much of their Asian audience beyond Japan. I was so excited for this pack before that. For those who don’t know why it’s so upsetting (specifically for the Korean people in comments, I lived there and studied the history extensively) the shrine worship and the rising sun flag are representations of Japanese colonialism and some of the terrible things that happened to people as a result of the Japanese during this time. I could make several comparisons to some negative imagery that we westerners might make but I really don’t know if this is the place for that. If you are interested or want to understand I would suggest looking up Japanese colonialism in other countries (again I specifically know about Korea personally, and am speaking in support of the Korean people I know and love and the country that has become my second home).

If the shrine and the jacket that were shown in The Sims 4 Snowy Escape’s Reveal Trailer are exactly what the South Korean players described them to be then EA is in some hot waters.

Hopefully The Sims Team will make a statement soon regarding these features in the game.