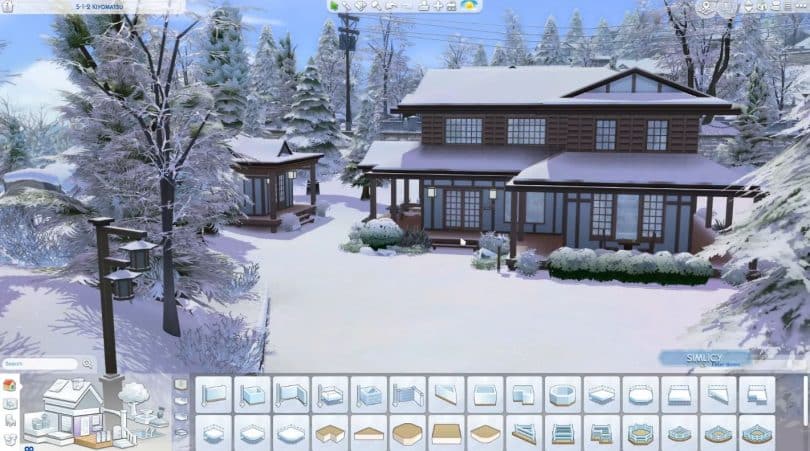 Over the past few months, some of the Simming community’s most influential Game Changers have been hinting at a secret project they’ve been working on. Now, that secret has finally been revealed! Today, James Turner, Deligracy, SimLicy, and lilsimsie have all posted videos to their YouTube channels to show off this top secret project.

EA teamed up with these Game Changers and asked them to build every lot in the world of Mt. Komorebi for the upcoming Sims 4 expansion pack, Snowy Escape. After years and years of complaints about poorly done EA builds shipping with the DLC packs, the team finally decided to hand the reins over to some of the community’s most accomplished builders. In fact, not a single lot in the world was built by anyone at EA!

Of course, James Turner, Deligracy, SimLicy, and lilsimsie all had certain restrictions and limitations they needed to comply with for this project, which they go over in more depth in each of their videos. In addition to the standard build limitations, their work was also reviewed and critiqued by EA’s cultural team to make sure that each lot was an authentic and respectful representation of both traditional and contemporary Japanese architecture.

You can check out their videos down  below for all the details that went into this large scale collaboration with The Sims Team!