Hey Simmers, long time no speak, this year has been crazy! But I’m back with a quick article on my must have mods for The Sims 4. If you’re an avid player like me chances are you already know about these mods but there’s probably some Bob and Betty Newbies out there looking to mod their games for the first time, so I hope this helps!

Want to be able to control everything about your game with a few clicks or a button? This is the mod for you!
The UI Cheats Extension mod allows you to do just about anything you could dream of, does your Sim need a certain skill level for a promotion? Don’t have the time? Just right click the desired skill and cheat your way to the top. It’s the same for almost anything, Right click almost anywhere on the UI and something should pop up, more money? add it. Better relationships? set them. It’s as easy as that. 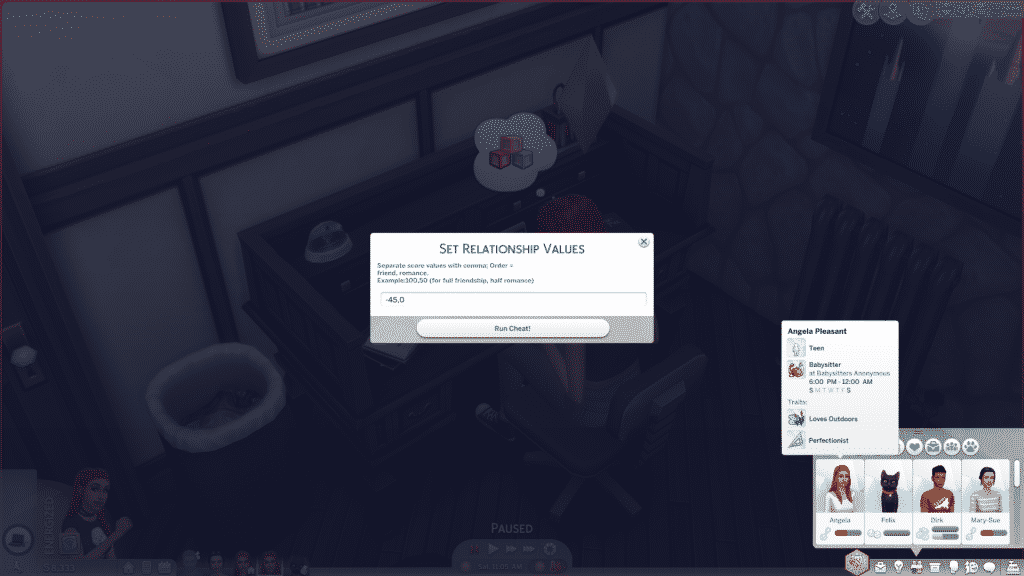 An example of using UI cheats to set relationship values.

To install this mod just locate your mods folder and drag in the files, I recommend using a sub folder for this mod.

Now this mod lets you control pretty much the whole game on a level easy enough to understand for everyone, and I know for a fact me trying to describe it wouldn’t do it justice so here’s a link to the components and how they enable you to control your game. Give it a try, I promise it’s not as overwhelming as it seems! 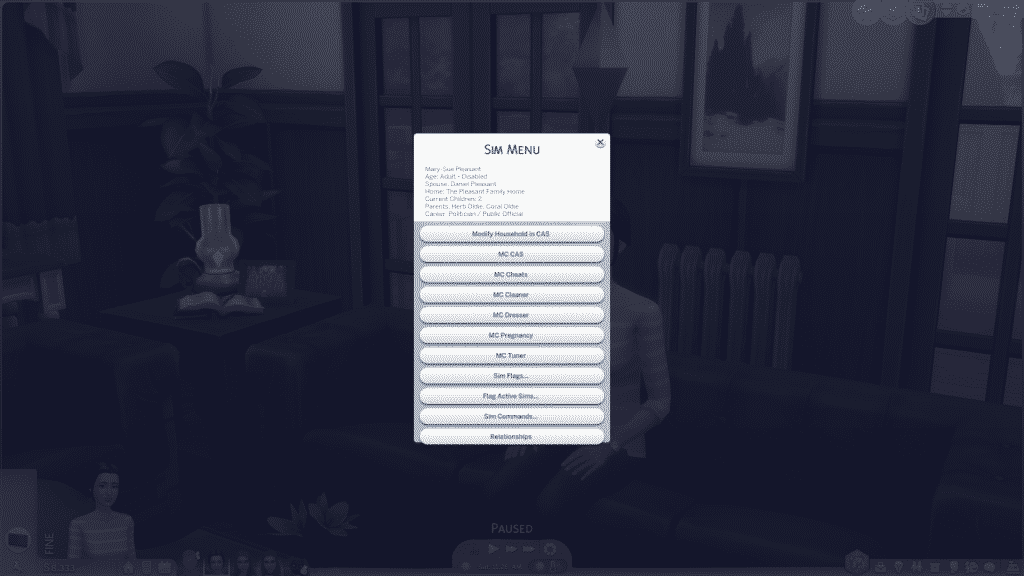 An example of MC Command Center with all the modules installed.

to install this mod drag the files into your mods folder, you are able to pick and choose the components, I recommend putting this mod in its own sub folder

Does exactly what it says on the tin, adds more columns in Create A Sim, for simmers with wider screen resolutions or people who just want to be able to navigate their content better, we all know two is not enough, this mod allows you to have three, four or even five columns for you extra wide bois out there. 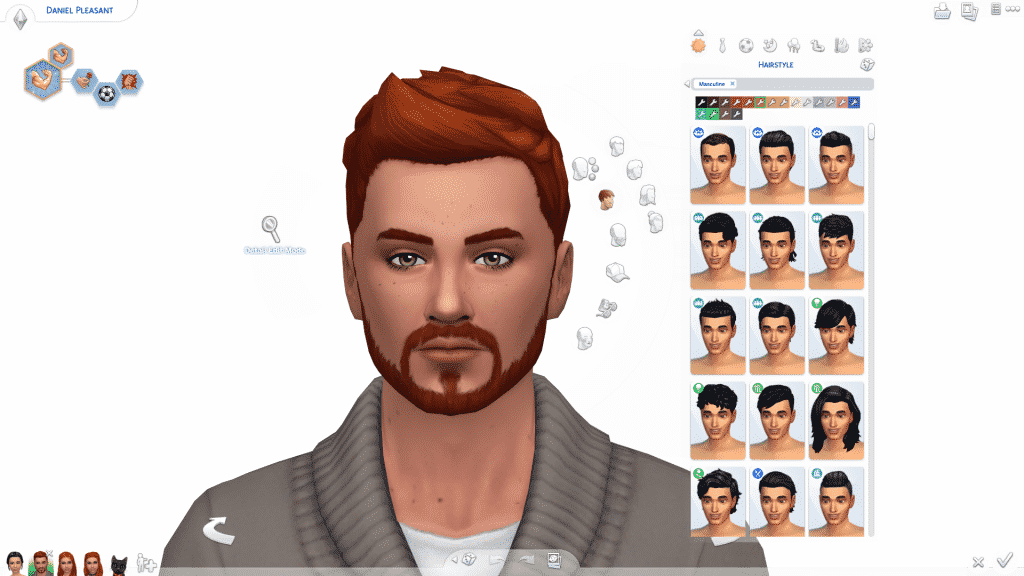 An example of the more CAS columns mod.

To install this mod just drop it in your mods folder, I suggest a sub folder for your important mods such as this.

This mod right here saved The Sims 4’s build/buy catalog. Organized, swatched and named debug? Yeah, you’re not dreaming it’s real. This mod is an entire overhaul of the debug section, remember having to scroll endlessly to find something because it wasn’t named? Now you can search for it! If it comes in more than one colour there are now swatch options to flick through to avoid having duplicate items taking up room in the catalog, it’s also organized so the objects can be found in their proper categories such a decor, plants trees and so on, this is not all, the mod also comes with many more great features, check it out for yourself below! 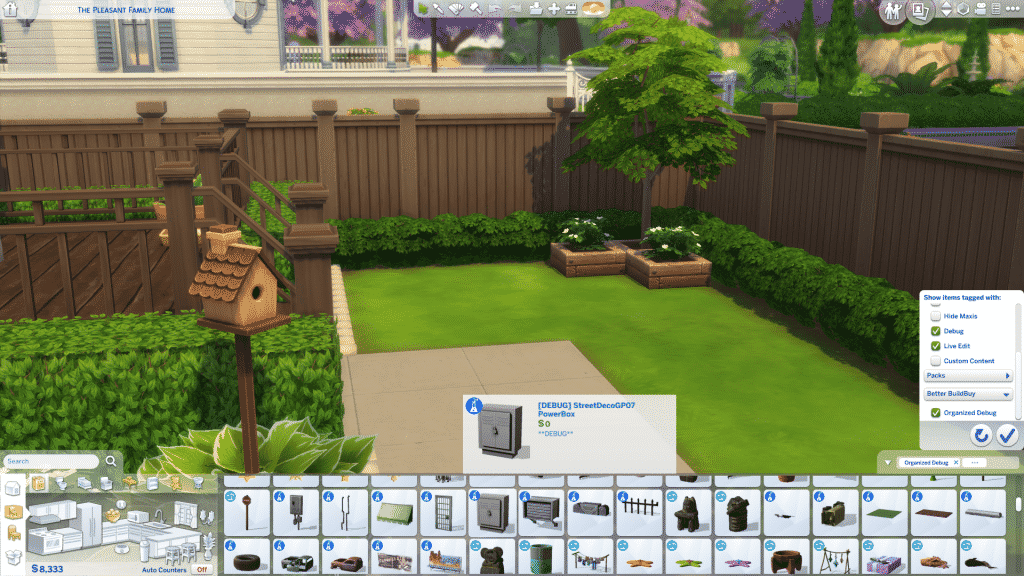 An example of the new filters added to build/buy and a named debug object.

To install the mod just extract the .rar file into your mods folder, there a folder should appear named Tmex-BetterBuildBuy, DO NOT remove the files from this folder and it should work fine.

And there you have it, these are the mods I can’t play my game without, I hope this helps you enhance your gameplay. Please leave any questions or suggestions on what you’d like to see an article on next and I’ll see you soon!